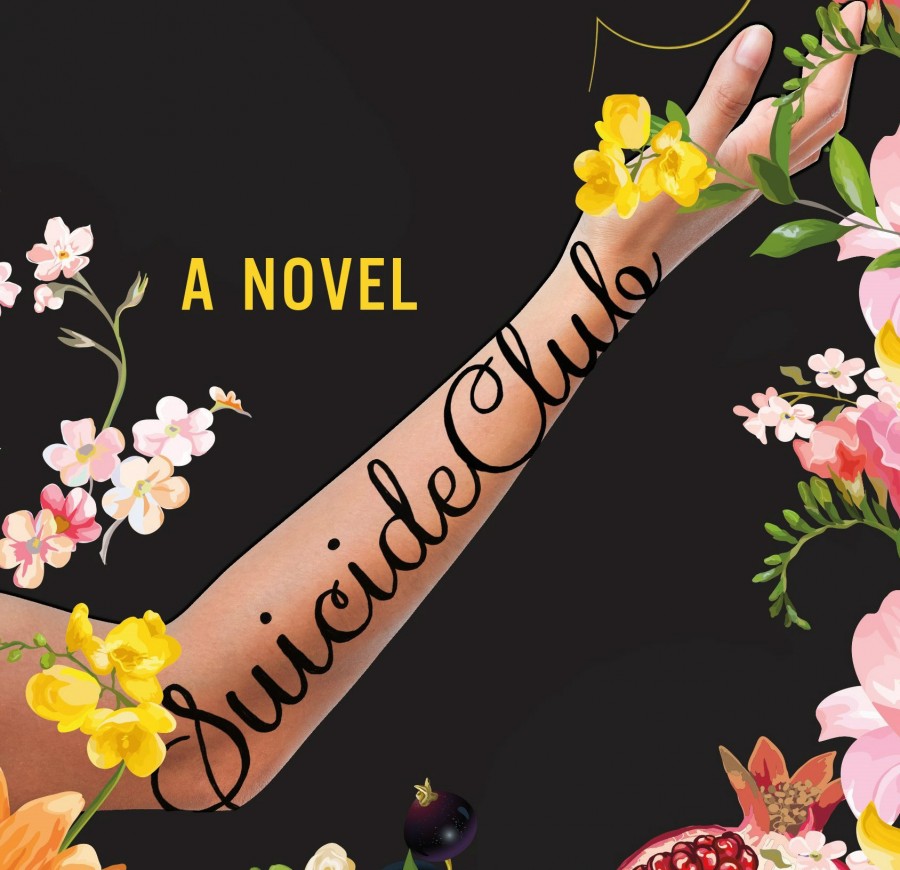 I know it’s difficult to squeeze in a new book while enjoying all of the outdoor activities summer has to offer, so here’s my tip: Always carry a book with you. You never know when you might have to wait somewhere for someone or something, so why not bring a book to bide your time? Here are 11 fantastic books to choose from this month, including two thrillers, a memoir about religion and dating, and two short-story collections. 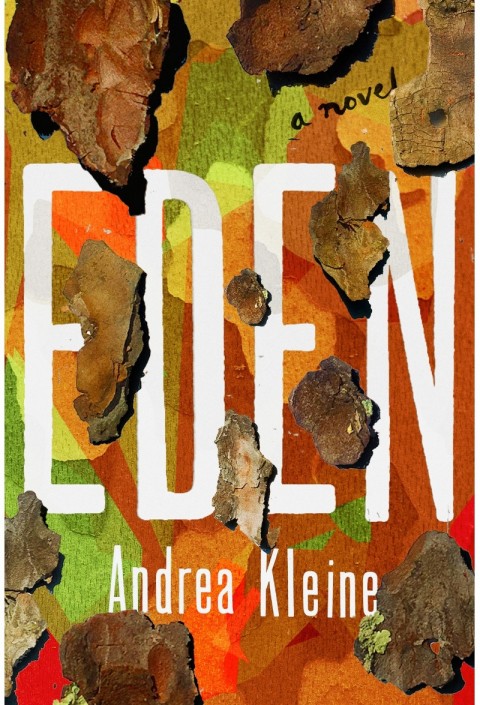 Hope has lost everything: She’s been dumped by her long-term girlfriend, kicked out of her apartment, and orphaned after her mother dies from cancer. But Larry, a man who, years before, abducted Hope and her half-sister, Eden, from a bus station is eligible for parole. Hope believes Larry should stay in prison, but the district attorney thinks she and Eden will have to share more information about the kidnapping with the parole board to guarantee that. That’s how Hope embarks on a cross-country journey to find her estranged sister and confront the trauma that’s she been avoiding for far too long. 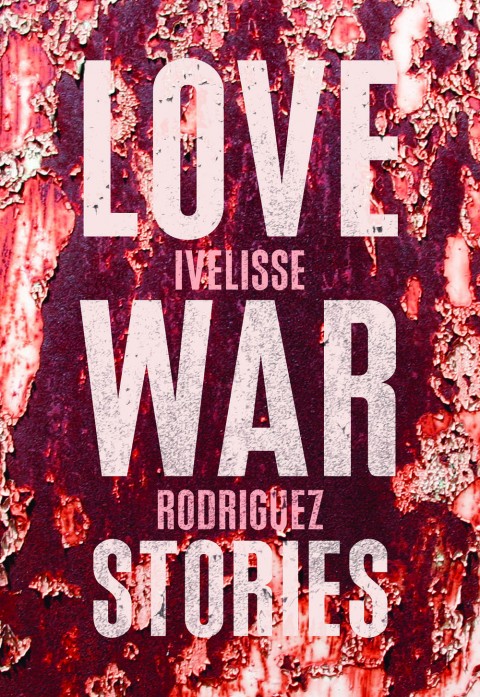 In her debut collection of short stories, Ivelisse Rodriguez excavates her upbringing to explore the mixed messages that Puerto Rican girls receive about relationships. On one hand, they’re told that men can’t be trusted; on the other, they’re encouraged to marry these same men. The women characters in Love War Stories are attempting to reconcile those two divergent messages to figure out what true love means to them. “The Belindas” is a standout in this collection, but all the other stories are well worth your time. 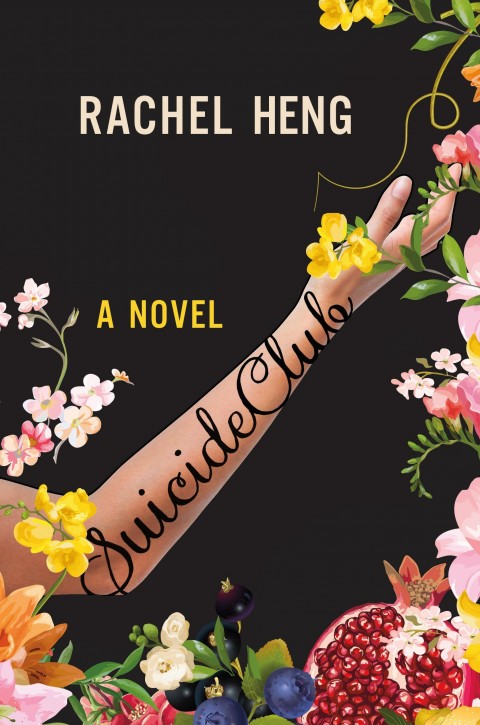 What if immortality fueled the economy and a government agency created an algorithm that decides who lives forever—and who doesn’t? That’s the creepy world Rachel Heng constructs in Suicide Club, a dark novel where the systems of human inequality feel unsettlingly close to current reality. Lea Kirino is 100, and if she adheres to a strict diet, exercise, and organ-replacement regimen, she has the potential to live for 200 more, if not forever. Lea works at the Healthfin Fund, where she helps clients invest in new organs that will prolong their own lives But when her father, Kaito, suddenly re-emerges 88 years after disappearing, Lea begins to question whether living forever should really be her goal. 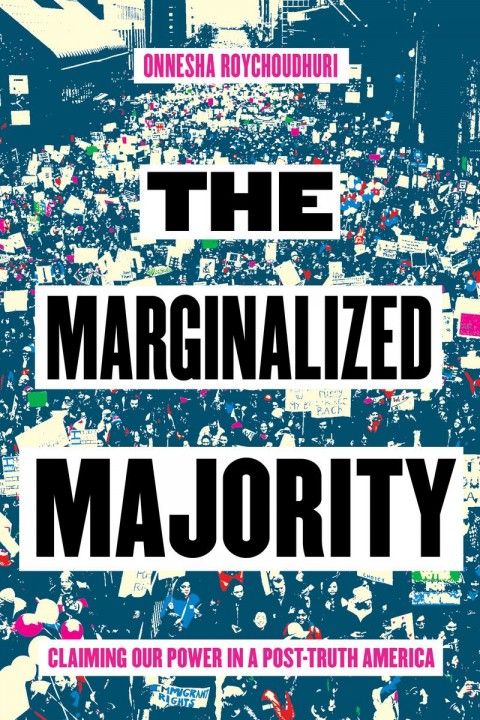 When the Combahee River Collective coined the term “identity politics” in the 1970s, their definition was very clear. “We believe that the most profound and potentially most radical politics come directly out of our own identity, as opposed to working to end somebody else’s oppression,” they wrote in their manifesto. “In the case of Black women this is a particularly repugnant, dangerous, threatening, and therefore revolutionary concept because it is obvious from looking at all the political movements that have preceded us that anyone is more worthy of liberation than ourselves.” In our current political moment, however, the concept of identity politics has been warped by both major parties and weaponized against marginalized communities. In The Marginalized Majority, journalist and activist Onnesha Roychoudhuri aims to reclaim the term while also making a compelling case for how minorities can harness their political power and elect legislators who reflect our interests. 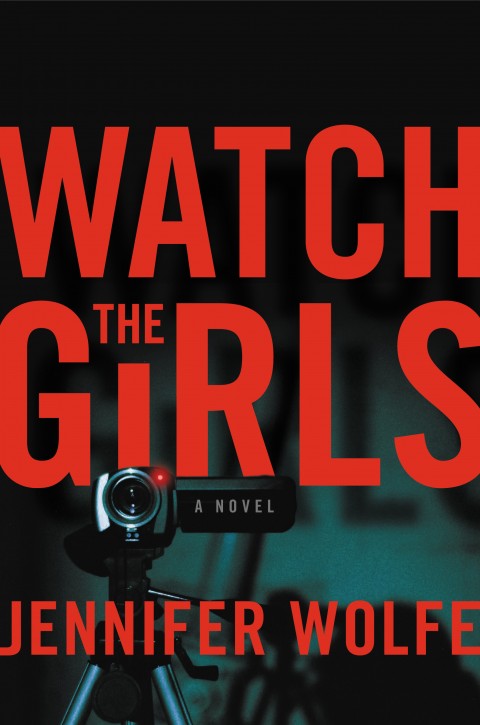 Olivia Hill has lost two sisters. In 2003, Olivia’s youngest sister, Miranda, disappeared in Los Angeles while she and her other sister, Gemma, were costarring on a popular TV procedural drama. Fifteen years later, Olivia—an actress who has changed her name to Liv Hendricks—is hired by a film director to investigate the disappearances of four women from Dag Road, a reportedly haunted area in Stone’s Throw, California. But when Gemma shows up in Stone’s Throw to help Liv, she disappears too. In order to save her sister and herself, Liv must figure out what happened to Miranda and to the four other missing women. If you enjoyed Final Girls, you should definitely read Watch the Girls. 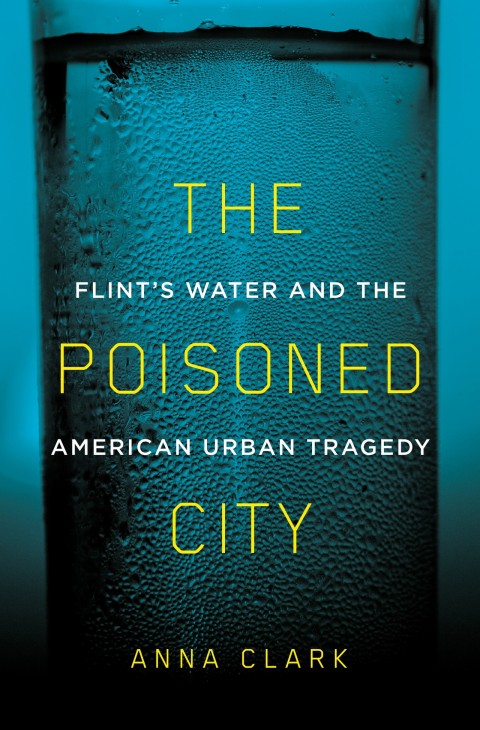 The details of the ongoing water crisis in Flint, Michigan water crisis are well established: In 2014, the city decided to use water from the local Flint River as it waited to join a regional water system. They soon found that the water was contaminated with lead and other toxic materials that caused diseases, hair loss, and skin rashes—as well as effects that still remain to be seen. In her detailed account of the crisis and its aftermath, freelance journalist (and former Bitch contributor) Anna Clark examines how “decades of negligence” led to this moment. The Poisoned City is a reckoning, but also a warning: Other cities might face a similar fate if this level of “debt, dysfunctional urban policy, disappearing investment, disintegrating infrastructure, and a compromised democratic process” continues. 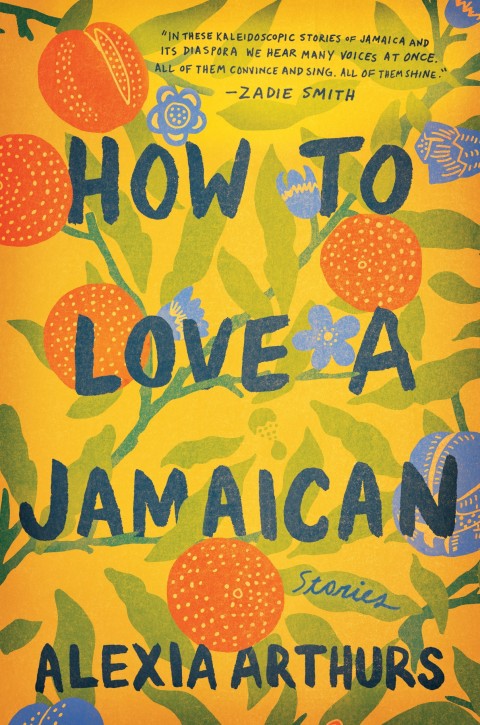 How to Love a Jamaican: Stories
Alexia Arthurs
{ Ballantine Books }
$27.00 Buy It Now

You’ll want to read How to Love a Jamaican—and then read it again and again and again. In her dazzling collection of short stories, Alexia Arthurs looks at the lives of Jamaicans both on the island and in the United States. Each story, including “Bad Behavior,” which won the Paris Review’s Plimpton Prize for Fiction, offers a new perspective on a culture and a people who are often caricatured and stereotyped. 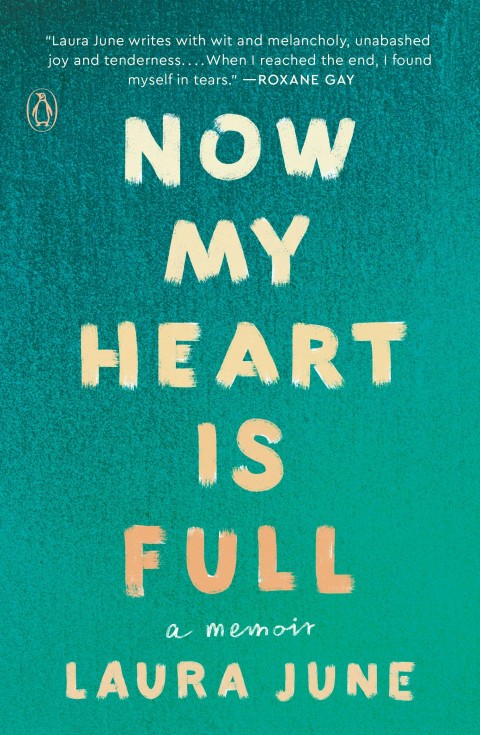 Becoming a mother has long been billed as one of the best times in a woman’s life. For Laura June, a staff writer for New York, motherhood forces her to reflect on her tumultuous relationship with her own mother, whose alcoholism not only dictated much of June’s life but also influences her own approach to mothering. Mommy memoirs aren’t always entertaining or self-reflective, but Now My Heart is Full offers both in abundance. 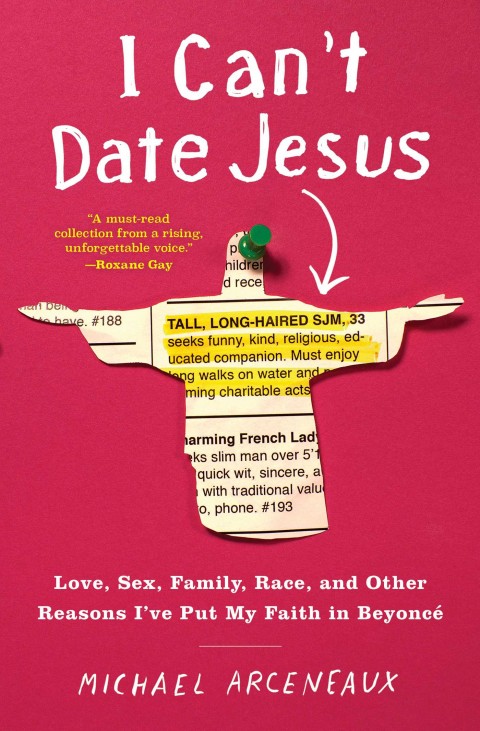 Michael Arceneaux is Black, Southern, and gay, three identities that are supposed to conflict. But in this hilarious memoir-in-essays, the in-demand writer and cultural commentator explores how he’s learned to live life on his terms. Whether it’s his mother telling him she’ll accept his sexuality as he long as he doesn’t have sex; publications only commissioning him to write about homophobia, AIDS, and sexual racism; or a priest trying to persuade him to enter the priesthood, Arceneaux wittily examines how he stopped worrying so much about how others saw him. By far the best parts of I Can’t Date Jesus recall the men Arceneaux has dated, including one man who literally has fleas. If you want to laugh this summer, pick this up. 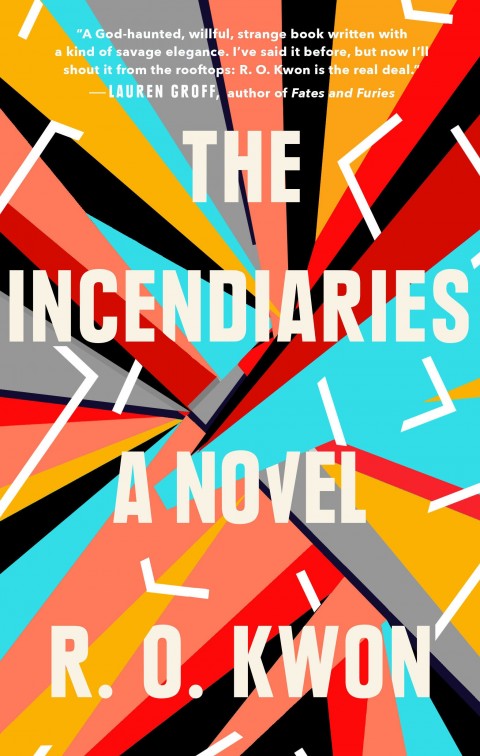 Will Kendall, Phoebe Lin, and John Leal are on a collision course that will result in chaos. Will, a former evangelist, doesn’t want his classmates at Edwards University to know that he’s waiting tables to support himself and his mother. Phoebe has lost her mother and her passion for playing piano, and she wants both Will and Edwards itself to become her sanctuary. Then there’s John, a former Edwards student–turned–cult leader who claims he was a political prisoner in North Korea. When Phoebe, dazzled by John, gets swept up in the Jejah cult, Will must find her before she’s too far in to get out. The Incendiaries should definitely be at the top of your summer-reading list. 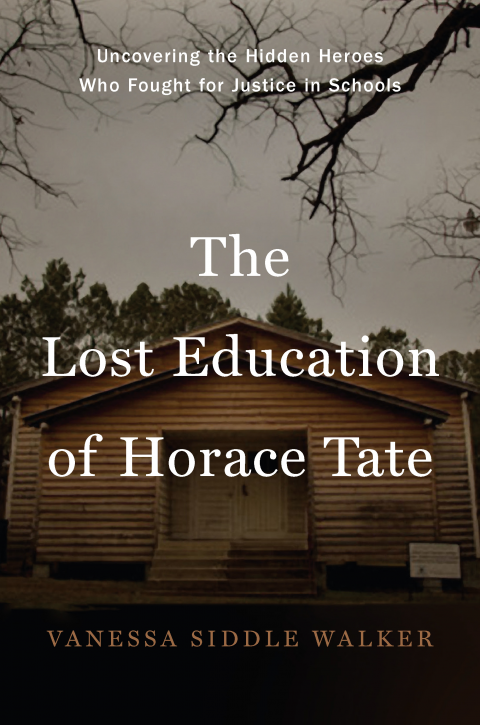 The Lost Education of Horace Tate: Uncovering the Hidden Heroes Who Fought for Justice in Schools
Vanessa Siddle Walker
{ The New Press }
$32.99 Buy It Now

Most Americans are familiar with Brown v. Board of Education, the landmark Supreme Court case that was supposed to desegregate schools—as well as its accompanying images of Black children walking past crowds of swearing, screaming racists as they attempted to enter previously all-white institutions. But before Brown reached America’s highest court, there were scores of teachers, principals, and education activists who secretly fought against the “separate against equal” mandate. In her compelling new book, Emory University professor Vanessa Siddle Walker sheds a light on these educators, among them former Georgia state senator, principal, and teacher Horace Tate, who worked covertly to ensure that Black students received as many advantages as possible.