13 Books You Should Read In July | Bitch Media

BitchReads13 Books You Should Read In July 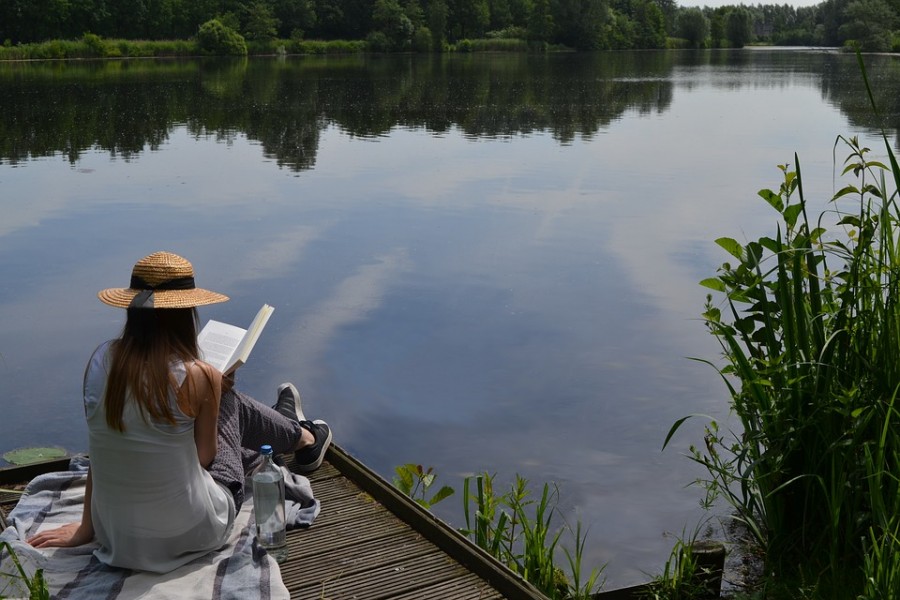 The dog days of summer are here! As summer approaches its apex, air conditioning becomes as essential as water, and reading—especially in cool apartments, reading nooks, park benches, and coffee shops—becomes even more pleasurable. This essential list for July has something for everyone: There’s a memoir that’s funny as hell, a deep dive into an iconic comic book character, and even a fantasy that takes place in a world reminiscent of Avatar’s Pandora. These 13 books will pull you through the (quite possibly) hottest month of the year. 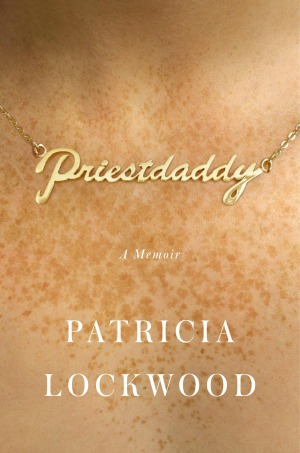 Patricia Lockwood is a poet, but her memoir, Priestdaddy, is all about finding humor in religion. When Lockwood’s father transitioned from being a Lutheran minister to a Catholic priest, the Vatican made an exception for him: He was allowed to remain married and raise his three children. Her memoir is a hilarious exploration of what that meant for her and her siblings, and how she relationship with religion has shifted over the years.

You’ll love Priestdaddy if funny memoirs, such as This Is Just My Face: Try Not to Stare, are your thing.

2. I Must Have You by JoAnna Novak 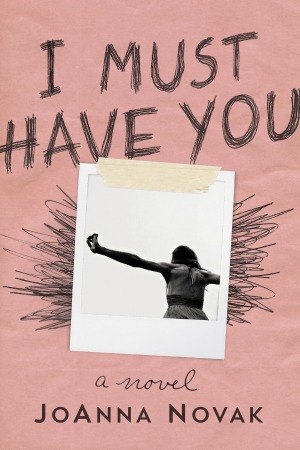 I Must Have You explicitly critiques the diet industry’s impact on teenage girls, and how the quest for thinness can quickly develop into an eating disorder. The book is set over a three-day weekend in 1999, years before body positivity became a buzzword, and focuses on Elliot, a 13-year-old “diet coach.” She’s obsessed with being as thin as Kate Moss, and encourages her classmates, including her best friend Lisa, to sustain themselves on one stick of gum. Elliot’s mother, Anna, also has an eating disorder and a drug habit that leaves her incapable of getting Elliot the help she needs. I Must Have You is heartbreaking, but also offers an important lesson: Tackling the diet industry can save girls from themselves.

3. My Mother Was a Freedom Fighter by Aja Monet 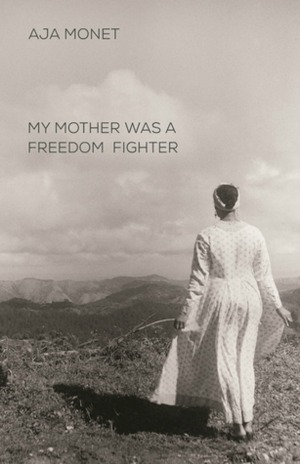 Brooklyn-born poet Aja Monet is a juggernaut: She’s performed at the Women’s March, the Brooklyn Museum, and poetry festivals around the world. My Mother Was a Freedom Fighter is a dynamic poetry collection that captures Monet’s commitment to various causes, including the Israeli-Palestinian conflict, the dismantling of racism and sexism, and the harvesting of Black people’s joy. Angela Y. Davis has endorsed My Mother Was a Freedom Fighter for good reason: The book is a testament to the brilliance of Black women, from the South Side of Chicago and beyond.

4. The Many Lives of Catwoman: The Felonious History of a Feline Fatale by Tim Hanley 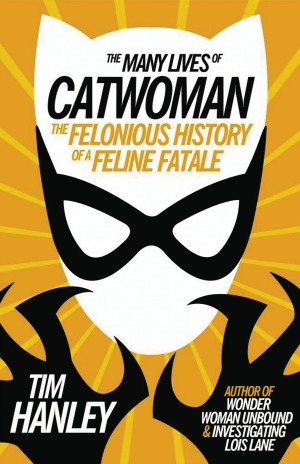 There are few villains as beloved as Catwoman. No matter which actress portrays her (though Michelle Pfeiffer did it best), Catwoman constantly outwits Batman and picks up expensive ass jewels on the way. As philosopher Joanne the Scammer would say, Catwoman is iconic. Tim Hanley offers cultural context on how the character came to be, why her success was so integral to the creation of other female-led comics, and how oversexualizing separated her from other heroines. Watch Wonder Woman, and then read The Many Lives of Catwoman.

5. A Life of Adventure and Delight by Akhil Sharma 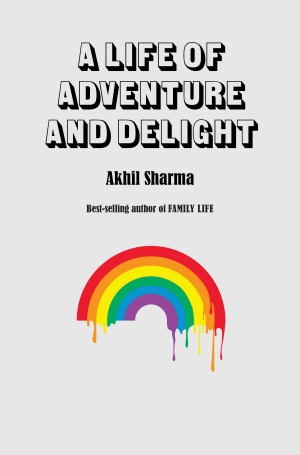 In the “Indians on TV” episode of Master of None, Aziz Ansari explored the deliberate exclusion of Indians from media, including television, movies, and books. In A Life of Adventure and Delight, Akhil Sharma focuses eight beautifully written stories on Indian protagonists, and subtly pushes other writers to do the same. Sharma’s short story collection broadly looks at how love grows in relationships, whether it’s between a couple in an arranged marriage or cousins who’ve long resented each other, and explores how the emotion binds people together. A Life of Adventure and Delight can, literally, be read in one sitting because the stories are so compelling. 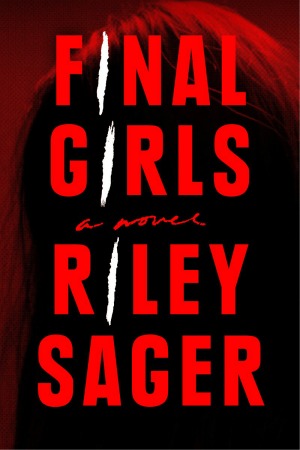 Final Girls seems like a throwback to the 1990s when slasher films, such as Scream and I Know What You Did Last Summer, dominated the box office. Much like those iconic movies, Final Girls follows Quincy, Sam, and Lisa, three strangers who’ve all survived massacres. When Lisa is found dead in her bathtub, Quincy’s life begins to unravel. She and Sam reunite to figure out what happened to Lisa, and who is responsible for the murders of their mutual friends. It’s definitely a book with a familiar plot, but if you’ve been yearning for the heyday of slasher films, Final Girls will definitely satisfy you. 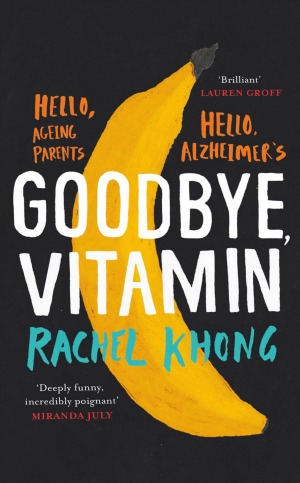 Ruth Young had her whole life planned out: She and her fiancé, Joel, would get married, move into an enviable apartment in Bernal Heights, San Francisco, and live happily ever after. Her fairytale gets upended when Joel decides to break up with her, leaving her with a beautiful apartment and nobody to share it with. That’s the beginning of Goodbye, Vitamin, Rachel Khong’s heartbreaking novel about finding solutions to seemingly insolvable problems. Ruth’s parents are another problem for her: Her father, Howard Young, is a prestigious history professor with Alzheimer’s disease, and her mother is a fed up wife preparing to become a widow. Over the course of a year, Ruth ditches her apartment in San Francisco, moves back home to care for her father, and slowly heals her broken heart. Goodbye, Vitamin is a quick read that’s worth revisiting over and over again. 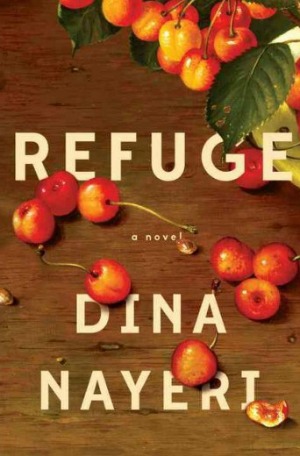 Refuge is a story about refugees, borders, and maintaining relationships across oceans. It follows an Iranian refugee who moves to America without her father. The book charts her journey over 20 years, as she becomes more westernized, moves from America to Europe, and struggles to maintain her relationship with her father. When Europe begins accepting more refugees from the Middle East, she decides to become involved in the movement to make them feel as welcomed in Europe as possible. Through this, she begins to rekindle her connection with her father, and figure out what it really means to be “other.”

9. What We Lose by Zinzi Clemmons 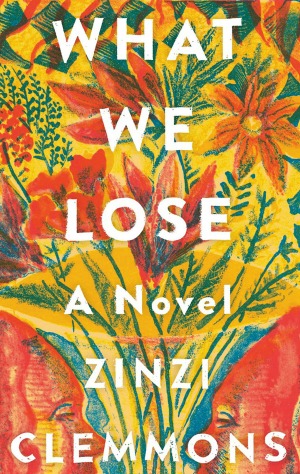 What does the texture of grief feel like? That’s the central question woven throughout What We Lose, Zinzi Clemmons’ extraordinary debut novel. Protagonist Thandi has spent her entire life being unsure of who she is. Her mother’s South African while her father’s white, and in the suburbs of Philadelphia, she’s “not, like, a real Black person.” When her mother is diagnosed with cancer, grief becomes the one thing Thandi grapples with more than identity. She struggles to understand who she is after her mother dies, leaving her no tangible connection to South Africa. In many ways, the book is a hodgepodge of different mediums, such as vintage photographs, rap lyrics, and paragraphs from previously published work, that explore the ongoing processes of grief and belonging. 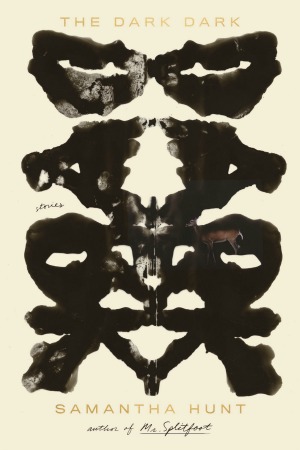 By far, The Dark Dark is the most disturbing and twisted book being released this summer. The morbid collection of short stories highlight people who are transforming—from girls to women, women to deer, and even living person into ghost. It’s not a book that should be read at night when you’re in your house alone. Reserve Samantha Hunt’s follow up to Mr. Splitfoot for the beach, park, or anywhere where you’re surrounded by people and can’t be spooked by a shadow or creaking floor.

11. The Library of Fates by Aditi Khorana 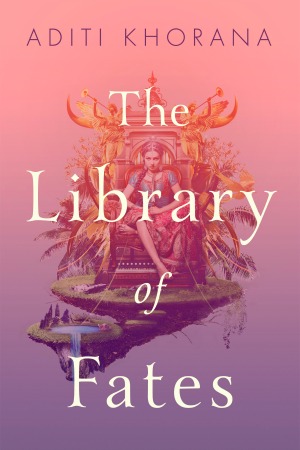 The Library of Fates is an incredible coming-of-age fantasy about Princess Amrita, a woman willing to sacrifice everything to protect her homeland of Shalinger from the violent conquests of Emperor Sikander. She even offers to marry Sikander, but it doesn’t stop his people from ravaging her kingdom. In an effort to save her people, Amrita sets on a magical journey with Thala, an oracle, to the Library of All Things, a place that will allow them to reset their lives to a time before Shalinger was conquered. The magic realism makes this book worth reading. 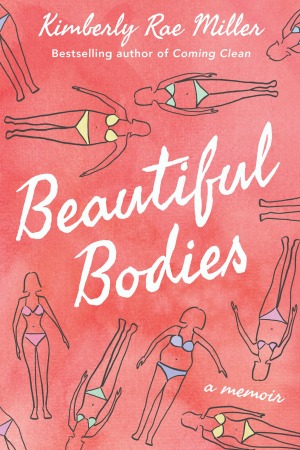 There’s no such thing as an ideal or perfect body, but the elusive quest to create one has guided Kimberly Rae Miller since childhood. At age 4, she learned that the Inuit eat fat to stay warm in the Arctic, so she began attempting to use the same method to change her body. Since then, Miller has employed a number of methods, and even became a diet pill model, to gain the “perfect body.” In Beautiful Bodies, she combines her personal experience with social history, to explore how the idea of perfect bodies was formed and has shifted time and time again, becoming a little less attainable each generation. From cavewomen who practiced Paleo to William the Conqueror’s ridiculous regimen, which caused his body to explode, Beautiful Bodies is full of history about body image that will entertain and sadden you.

13. What She Ate: Six Remarkable Women and the Food That Tells Their Stories by Laura Shapiro 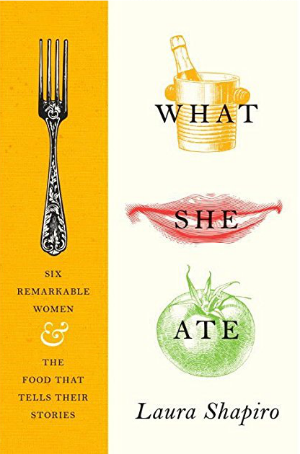 Here’s something I’d never thought about: What did women throughout history eat? What food was put on their plates, and what does that tell about the historical relationship between gender and food? Culinary historian Laura Shapiro aims to answer these questions by exploring the palettes of six very different women, including poet Dorothy Wordsworth, caterer Rosa Lewis, first lady Eleanor Roosevelt, and Helen Gurley Brown, former editor-in-chief of Cosmopolitan. By exploring their diets, Shapiro really drives home the idea that food stories are a great lens for understanding history. 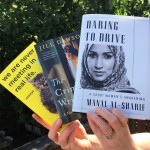