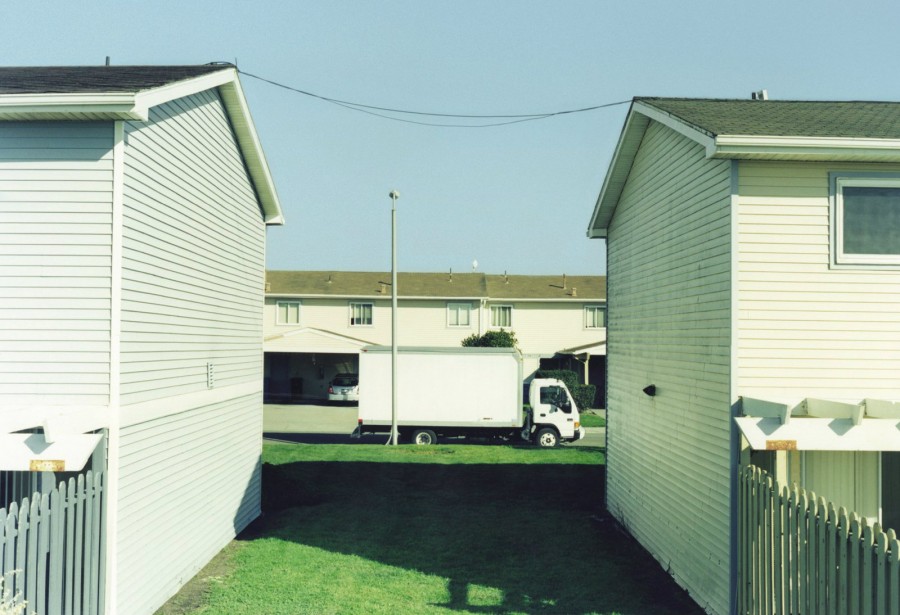 Where has the time gone? We’re six months into 2018, and the great books just keep coming. This BitchReads list is full of great summer reads that will keep you outside, reading in a park or on the beach, until the sun sinks behind the horizon. 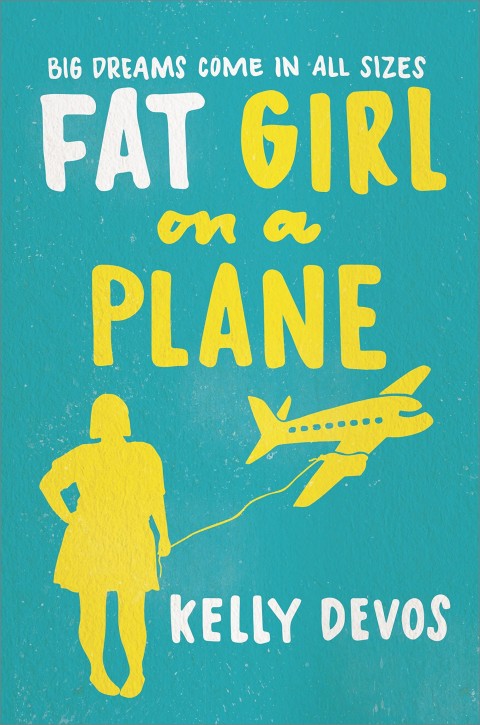 Cookie Vonn desperately wants to escape Phoenix, attend the Parsons School of Design, and become a plus-size fashion designer. When she’s sent to New York City for Fashion Week and she’s forced to buy two seats on the plane, she realizes that she’ll never achieve her dreams until she becomes smaller. Fat Girl on a Plane traffics in fat-girl tropes, including success coming after losing weight, but it also presents a resilient protagonist who realizes that thinness isn’t the reason for her sudden turn-of-fortune. 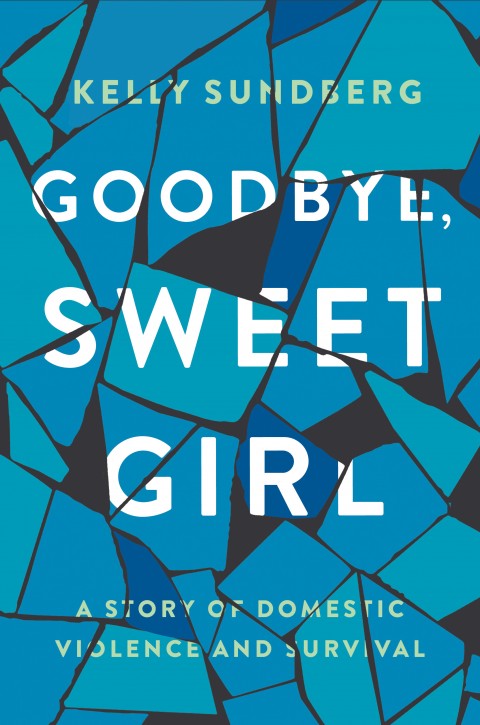 You never know what’s actually happening in someone’s marriage, and Kelly Sundberg’s horrific memoir proves that. When she was 26, she decided to marry Caleb, her boyfriend of six months, after learning that she was pregnant. That’s when the violence started. First it was verbal abuse, but eventually escalated to Caleb routinely beating her. Over the course of eight years, Sundberg tried to seek therapy, get her husband help for his heavy drinking, and make their financial situation better by pursuing a graduate degree in writing, but nothing could ease the darkness within him. Goodbye, Sweet Girl recounts the gruesome abuse that Sundberg faced and the final brutal incident that forced her to leave, but she also examines the cultural narrative about women who choose to stay in abusive relationships. 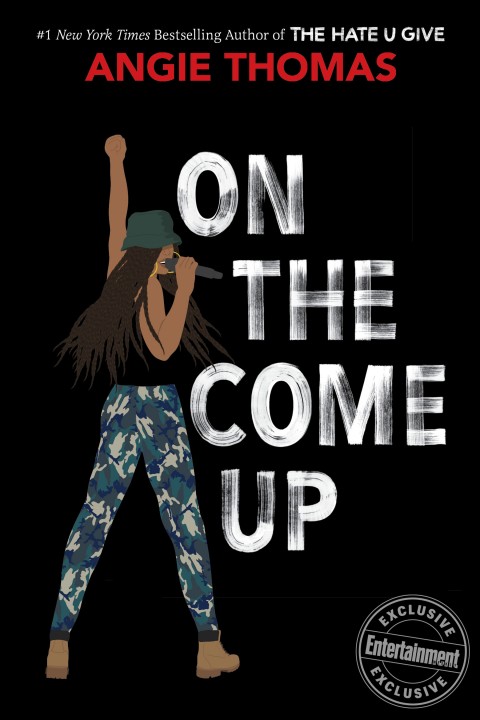 For On the Come Up, Angie Thomas is returning to the same neighborhood where her searing debut, The Hate U Give, is set. Sixteen-year-old Bri is an aspiring rapper who wants to be as successful as her father, a rap legend who died right before he became a commercial success. While she wants to pursue her dreams, her mother losing her job adds more pressure to her burgeoning career: She has to make it in music in order to survive and help her mother escape poverty. 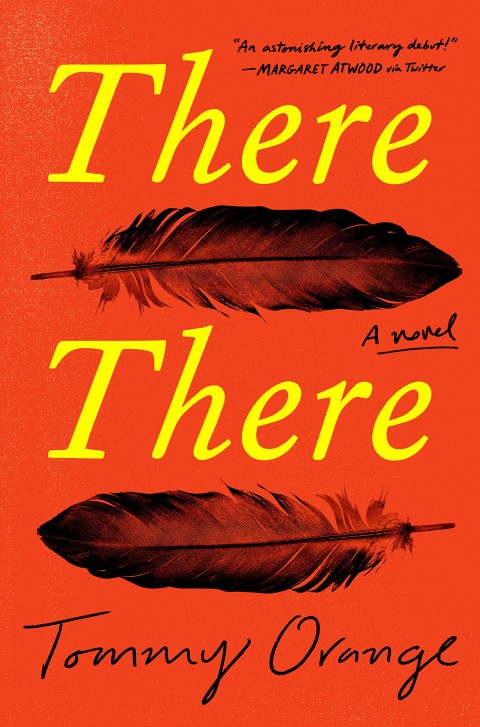 Tommy Orange is a force to be reckoned with. In his debut novel, he examines Oakland, California’s Native community through the eyes of 12 characters. As the city prepares for the inaugural Big Oakland Powwow, Orange’s characters make it clear that there isn’t a single Native identity; instead, each character is focused on something vital to their lives. Tony Loneman and Octavio Gomez want to rob the Big Oakland Powwow to pay off a drug debt. Daniel Gonzales is creating plastic guns through a 3D printer to maintain a connection with his dead brother. There’s nothing typical about There There, which makes it so compelling. 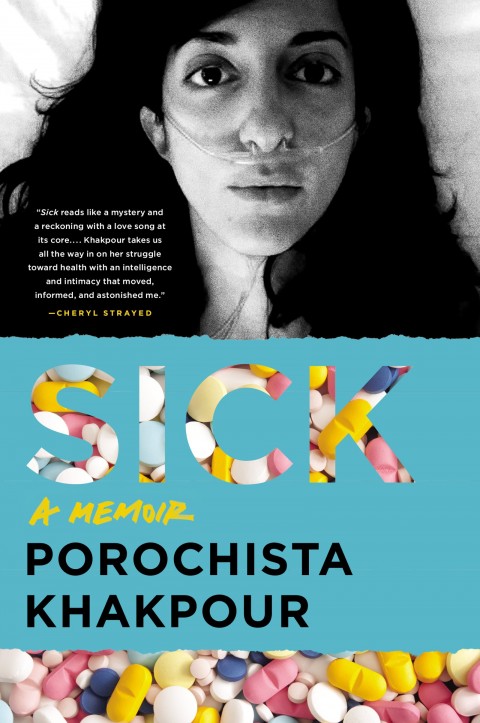 Porochista Khakpour has never felt fully at home in her body. From at least the age of 5, the Iranian-born writer has felt that’s something “off” within her body, and throughout her life, her body has affirmed that inkling. Whether it’s her fight with late-stage Lyme disease or a car accident that leaves her physically incapacitated, Khakpour has been fighting for simple stability. Sick is a memoir that will stay with you for a long time, particularly because it doesn’t have a happy or “neat” ending. 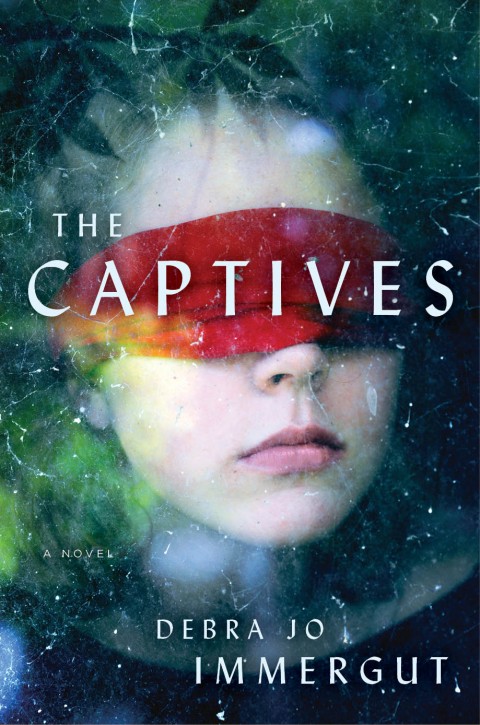 The Captives is a fascinating psychological thriller about the lengths that we will go to in order to save people from themselves. Frank Lundquist is a successful psychologist working in Milford Basin Correctional Facility, an all-women’s prison in upstate New York. When he realizes that his new patient, Miranda Greene, is his high-school classmate who he had a crush on, he doesn’t assign her to another psychologist to avoid ethical conflicts. Instead, he decides to “help” Miranda, starting a rollercoaster ride that will keep you engrossed until the very last page. 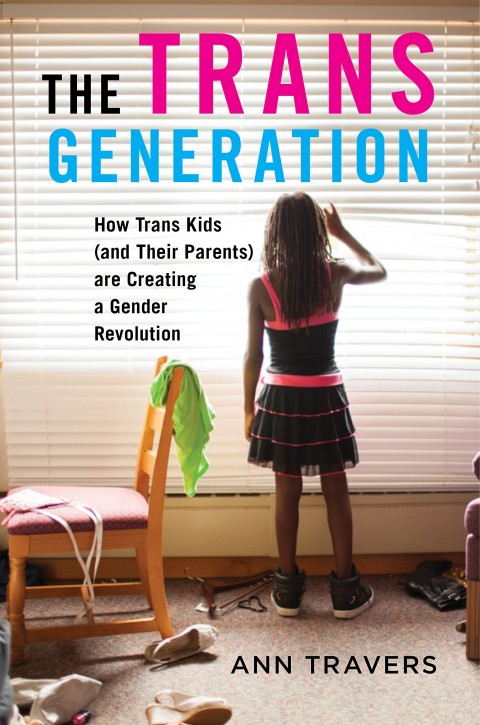 Trans Generation: How Trans Kids (and Their Parents) are Creating a Gender Revolution
Ann Travers
{ NYU Press }
$28.50 Buy It Now

How can we better support trans children and their families? In Trans Generation, sociologist Ann Travers aims to answer that question through showing the research she’s conducted for the past five years. Travers interviewed trans children and teens, between the ages of 4 and 20, and their families to explore all the ways that they’re pressured to fit into a gender binary at daycares, birthday parties, and even school bathrooms. Given that trans children are subjected to harassment, bullying, and systemic lack of support, there’s no better time than now to have this book as a resource. 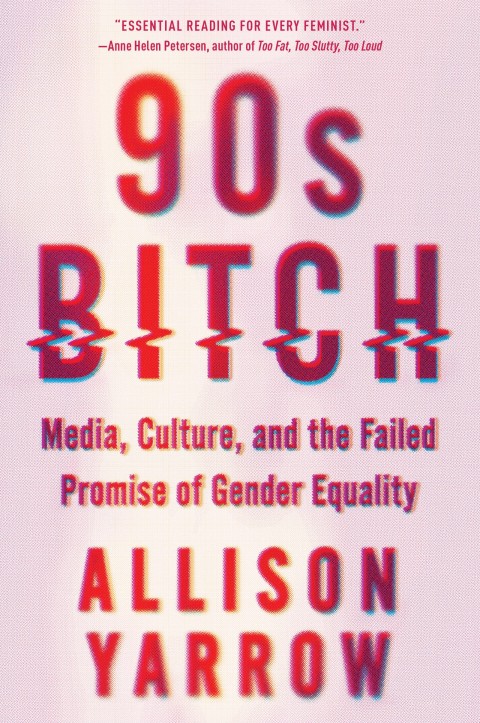 It was hard being a woman in the ’90s. Just ask Hillary Clinton, Anita Hill, Monica Lewinsky, Lorena Bobbitt, and Marcia Clark. While we often consider the ’90s a golden age for pop culture and feminism, award-winning journalist Allison Yarrow remembers that time differently, and in 90s Bitch, she examines how “bitchification” was hijacked by capitalism and weaponized against women. As feminist language, including “empowerment,” gets co-opted and twisted in real-time, 90s Bitch reminds us that we’re not experiencing anything new. There’s already a blueprint for our moment. 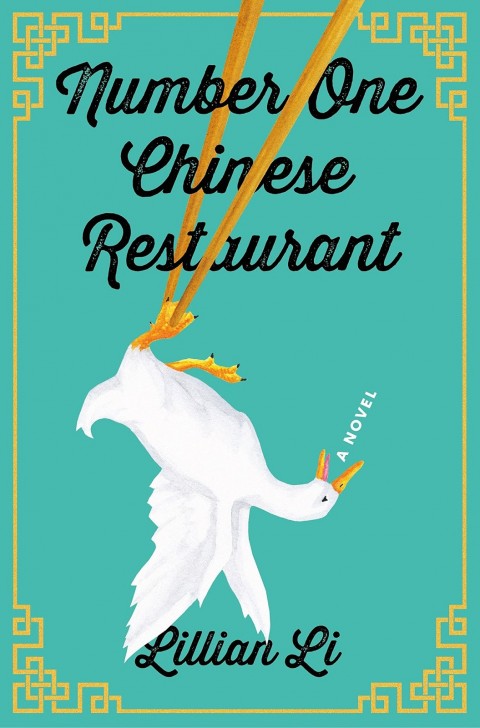 Number One Chinese Restaurant is a stellar debut novel about the outrageous ins-and-outs of the Beijing Duck House, a fictional Chinese restaurant in Rockville, Maryland. Most of the people who work at the restaurant have competing interests: Jimmy Han, son of the restaurant’s original owner, wants to sell the business so he can enter the Asian fusion market. His older brother, Johnny, however, wants to continue their deceased’s father vision for the Beijing Duck House. There are also dishwashers, waiters, hostesses, and other workers who keep Lillian Li’s fictional world spinning, and somehow, she gives each character proper attention and development. Number One Chinese Restaurant is simply delightful. 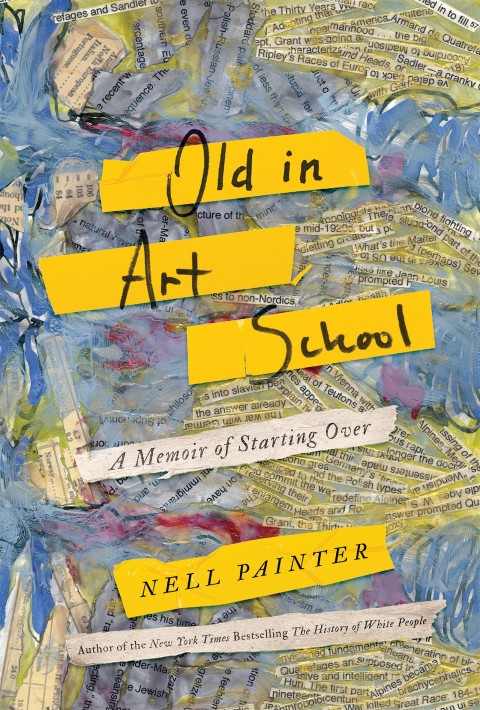 Old in Art School: A Memoir of Starting Over
Nell Painter
{ Counterpoint Press }
$26.00 Buy It Now

When she was 64, famed historian Nell Painter decided to enroll at the Mason School of the Arts of Rutgers University as an undergraduate student. What does an emerita professor of Princeton University gain from starting college over again? That’s the journey Painter takes us on in her salient memoir about reinvention. When she first begins art school, she feels supremely out of place among classmates “upholding art-school sartorial drama in bright yellow hair and piercings.” But she stays the course, decides to pursue a Master’s of Fine Arts at the Rhode Island School of Design, and eventually finds her place as an artist. Old in Art School is really a memoir about the meaning of art, and who gets to determine what art is.

Graffiti has been an integral part of hip hop since at least the late 1960s, and in that time, graffiti has been assumed to be a “boys club.” In her groundbreaking book, women’s, gender, and sexuality studies professor, Dr. Jessica Nydia Pabón-Colón, explores how the graffiti subculture has been coded as male. She’s been exploring this topic since 2002, when she was in grad school at the University of Arizona and taking a course about lesbian art in America. She decided to write her term paper about women graffiti artists and has been obsessed with the topic ever since. Her dedication to detail and thoroughly researching is evident throughout the book. She explores over 100 women artists in 23 artists and makes a compelling case that graffiti subculture is a place where feminists come into their own. 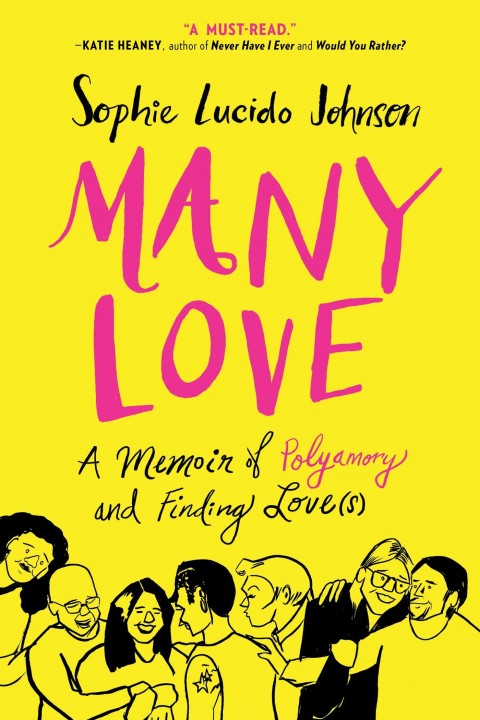 Sophie Lucido Johnson was raised by parents who’d been married since the age of 20 and had the “model nuclear relationship.” But as she got older, the illustrator and writer realized that she was drawn to women and wasn’t necessarily the serial monogamist that she was raised to be. In this candid memoir, Johnson delivers a combination of humorous illustrations, personal experience, and even a section to answer questions, to chart her journey to polyamory and debunk myths about her choice. 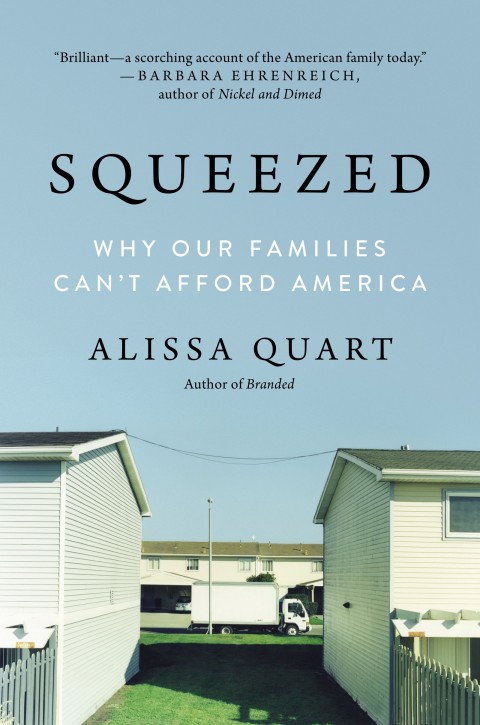 Politicians love to tout their dedication to the shrinking middle class, but Democrats, Republicans, and even Independents fail to explore the relationship between policy, wage stagnation, and America’s rising poverty rate. In Squeezed, journalist Alissa Quart, who edited the Economic Hardship Reporting Project, investigates the obstacles that working- and middle-class families face as they strive to achieve the “American Dream.” She delves into the discrimination pregnant people face, the student-loan crisis, the rise of the gig economy, and the lack of affordable childcare to paint a stark picture of what’s really happening in America. Squeezed, like Nickel and Dimed: On (Not) Getting by in America, is worth reading if you’re invested in better understanding poverty in America. 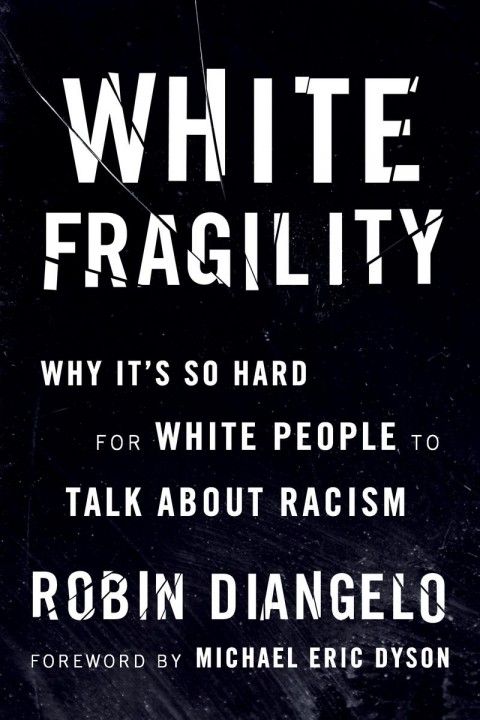 White Fragility: Why It’s So Hard for White People To Talk About Racism
Robin DiAngelo
{ Beacon Press }
$16.00 Buy It Now

White people are fragile. Look at the white woman who called the police on a group of Black people barbecuing in Oakland’s Lake Merritt, and then began crying when the police arrived. Few people understand white fragility better than Robin DiAngelo, a whiteness studies scholar who’s worked as a professional diversity trainer for more than 20 years, and in this book, she explores exactly why white people are so resistant to confronting and challenging racism. DiAngelo’s book is for white people, and she uses examples from her own life—such as making an inappropriate joke about a coworker’s hair—to explain how she’s learned to approach racism in her life. White Fragility is the perfect book for this moment. 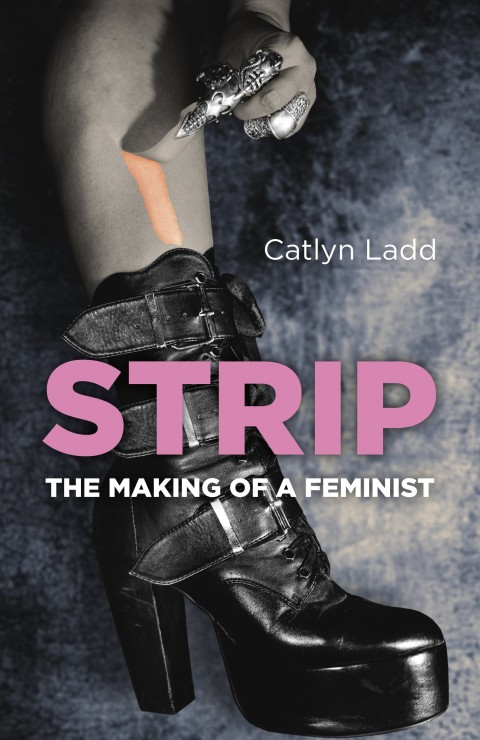 Strip: The Making of a Feminist
Catlyn Ladd
{ Changemakers Books }
$22.95 Buy It Now

For five years, Catlyn Ladd stripped. She needed a job that paid well and had flexible hours, so she could continue her college education. Throughout her stripping career, Ladd encountered fellow dancers and customers who taught her about the way strippers are viewed. In her memoir, Ladd examines how strippers are maligned in popular culture, and what that reveals about how we create a false dichotomy between “good” and “bad women.”

Ask Bear: Should I Tell My Friends and Family I'm Poly?

Your Film isn't "Transgressive," It's Transphobic

The Pleasure Dome: Use Your Words