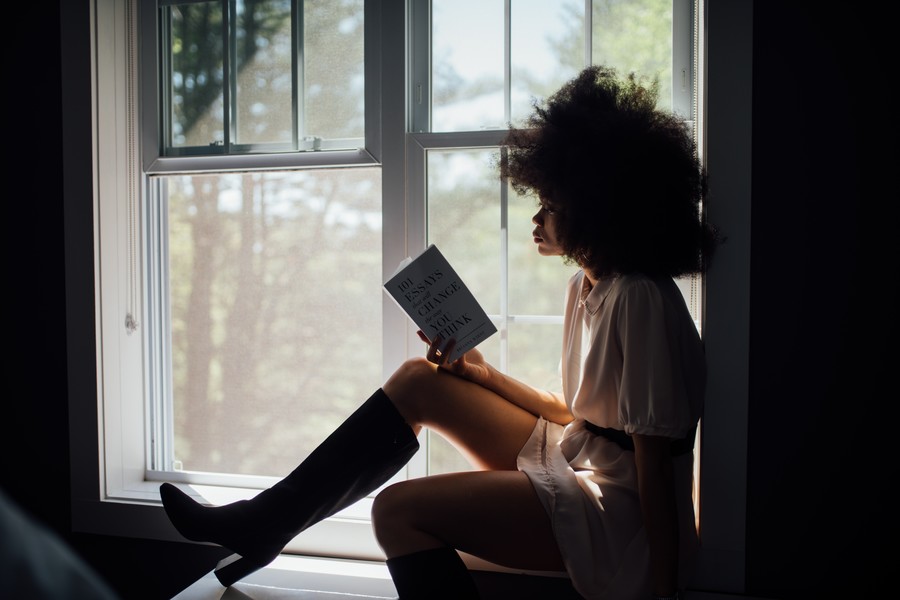 Photo by Thought Catalog on Unsplash

There is so much to read in so little time, which is one of the myriad reasons I love curating the BitchReads list on a (semi)-regular basis. It’s an opportunity to wade through all of the books that are being released in a given month and handpick the selections that push our thinking about a number of social issues—including, in the case of this list, sexist stereotypes, immigration, police violence, and reparations. I hope you enjoy the books on this list as much as I did. 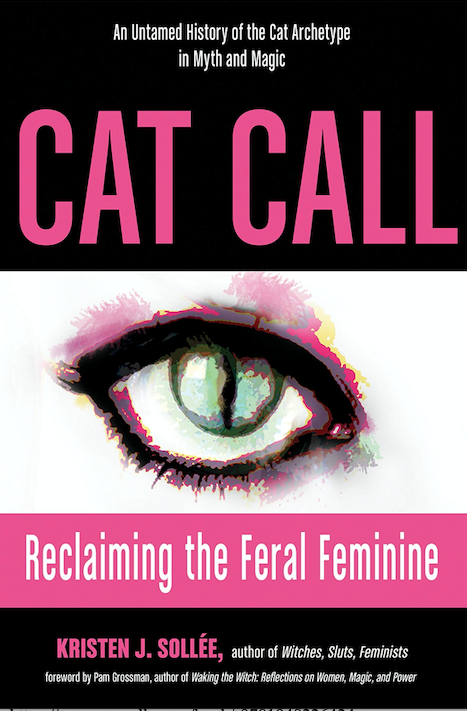 Cats are ubiquitous in pop culture: They’re familiars to witches on shows like The Chilling Adventures of Sabrina, mainstays on Instagram pages like @GirlsAndTheirCats, and ever present on TV shows that present single women as “cat ladies.” In the follow-up to her 2017 book, Witches, Sluts, Feminists: Conjuring the Sex Positive, writer, curator, and educator Kristen J. Sollée examines the long history of cats, and more specifically, how these creatures have been perceived as female. Cat Call uses a range of methods, including research, interviews, and pop culture, to examine how cats became such an integral—and gendered—part of our culture. 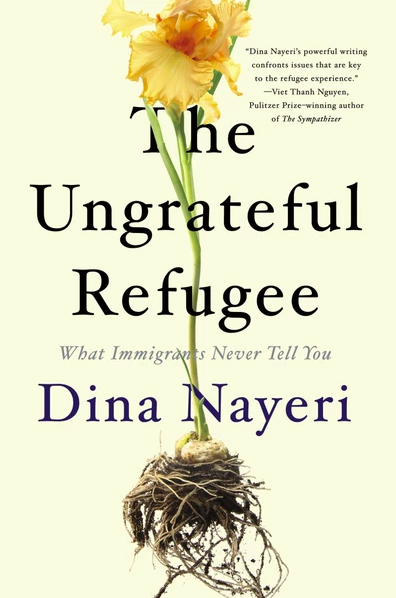 Nayeri Dina and her family migrated from Iran to Italy in the 1980s because they were facing the real possibility of being physically harmed for practicing Christianity. When they were eventually granted asylum in the United States, Dina became one of the more than 25 million people around the world who are forced to flee their homes in the elusive quest for refuge. The Ungrateful Refugee reflects on that time in Dina’s life and weaves in stories gathered from other refugees about what it means—and how it feels—to arrive in a brand new place without any guidance or resources beyond pure resilience and sheer will to survive. 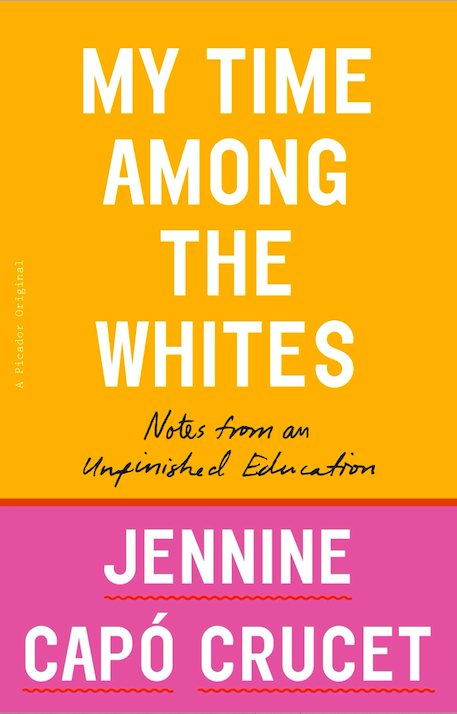 My Time Among the Whites: Notes From an Unfinished Education
Jennine Capó Crucet
{ Picador Books }
$17.00 Buy It Now

Jennine Capó Crucet, an English and Ethnic Studies professor at the University of Nebraska and a contributing opinion writer at the New York Times, understands what it’s like to be the “only one.” The often harrowing experience of un-ignorable outsiderness experienced by so many people of color drove Crucet’s Cuban parents, who migrated to Miami, to mitigate by giving their daughter a “white American name” that wouldn’t reveal her ethnicity to her teachers before she had the opportunity to meet them. It worked, perhaps too well: It wasn’t until she arrived at a college in upstate New York that Crucet realized that she’d been inadvertently “passing” by not revealing her identity as a Cuban American. In this stark and eye-opening collection of essays, Crucet explores spaces, like Disney World and her college classes, where she learned that race was deeper than her own self-identification. 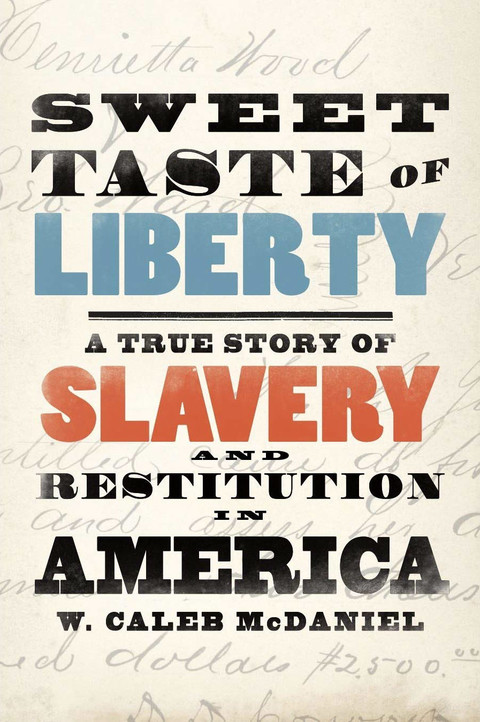 Henrietta Wood, like many other Black people of her time, was born enslaved. When her owners relocated to Cincinnati, Ohio, in the 1840s, they made the decision to free her from bondage. Five years later, however, a deputy sheriff in Kentucky named Zebulon Ward kidnapped Wood and sold her back to a plantation in Mississippi where she remained until 1869. After being freed the second time, Wood returned to Cincinnati and decided to sue Ward for restitution. Though it took eight years of litigation, Wood was eventually granted $2,500—the largest sum ever paid in restitution to a formerly enslaved person. Historian W. Caleb McDaniel’s fascinating book surveys Wood’s life, court case, and resilience. 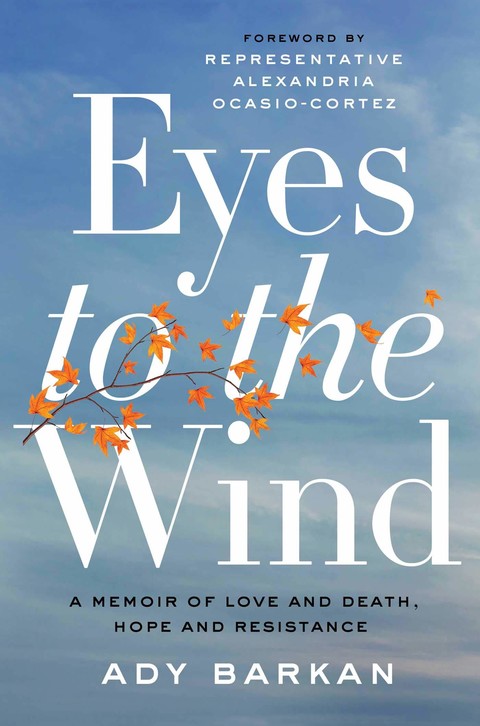 Eyes to the Wind: A Memoir of Love and Death, Hope and Resistance
Ady Barkan
{ Atria Books }
$27.00 Buy It Now

When Ady Barkan was 32, a neurologist altered the trajectory of his life with one simple sentence: “I do see concerning signs of upper and lower motor neuron loss, which are indicative of ALS.” At the time, Barkan, a lawyer and progressive activist, had just welcomed a child with his wife, Rachael, and was working in Washington, D.C. at the Center for Popular Democracy on a campaign to get the Federal Reserve to consider low-income people in its policymaking. Being diagnosed with Amyotrophic Lateral Sclerosis (also known as Lou Gehrig’s disease), a terminal illness with a life expectancy of between two and five years, upended everything about Barkan’s life and future. Eyes to the Wind traces the last three years of Barkan’s life, and how he’s turned his diagnosis into a fight for quality healthcare for all Americans. 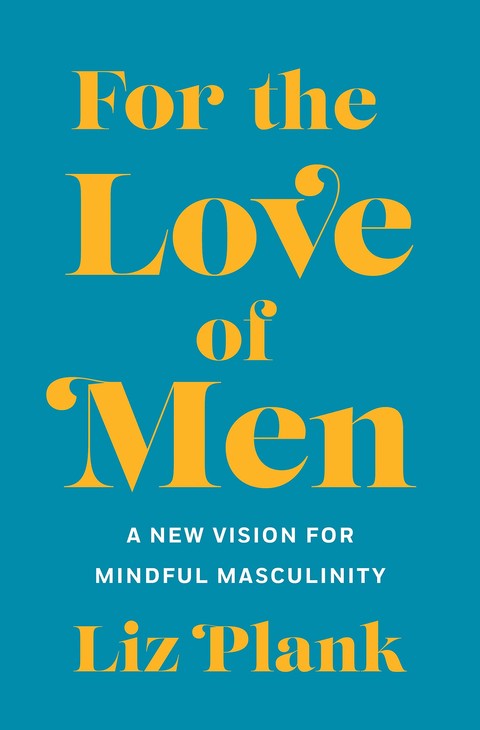 For the Love of Men: A New Vision for Mindful Masculinity
Elizabeth Plank
{ St. Martin’s Press }
$27.99 Buy It Now

What does it mean to be a man in 2019? That’s the question at the center of Vox political correspondent Liz Plank’s first book. As men navigate outdated standards, such as being shamed for crying, depicted as buffoons in ads and sitcoms, tacitly encouraged to react angrily—if not violently—to romantic rejection, their emotional and mental health suffers to their detriment and the detriment of the people, women in particular, they encounter. For the Love of Men serves as an in-depth guide for those who know that toxic masculinity exists but are unsure how to address it with the men in their lives and combat it on a more systemic level. 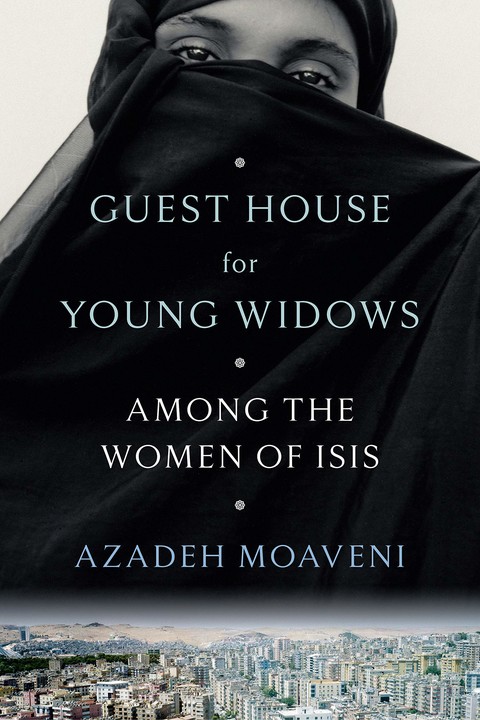 Azadeh Moaveni, an award-winning journalist who has worked as an international reporter for Time and the Los Angeles Times, spent years chronicling the lives of women who left their native countries to join the Islamic State. Though ISIS has now been deemed a terrorist group that must be eradicated, these girls and women, many of whom were well-educated, were recruited under false pretenses: Many of them were told that they’d be able to help other women by joining ISIS and live in a community that treated them as equal. Guest House for Young Widows follows 13 of these women as they realize the depth and danger of the trap they were lured into, and the necessity of escaping it. 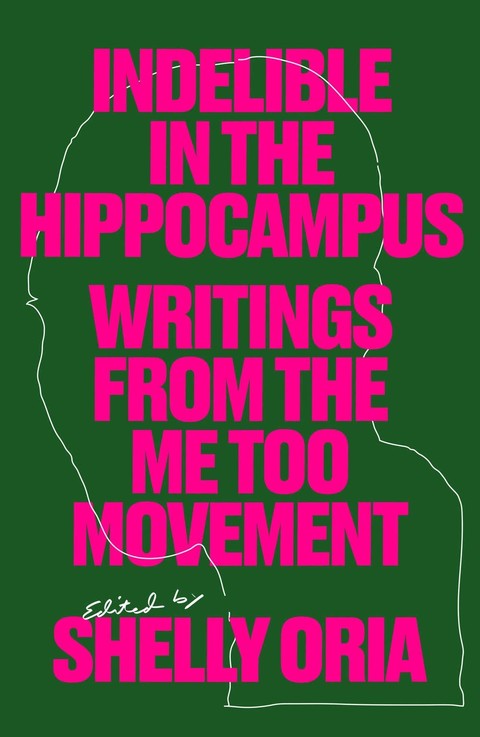 Indelible in the Hippocampus: Writings From the Me Too Movement
edited by Shelly Oria
{ McSweeney’s Publishing }
$16.99 Buy It Now

Indelible in the Hippocampus takes its name from one of the most memorable and heart- wrenching lines from Dr. Christine Blasey Ford’s 2018 Congressional testimony: “Indelible in the hippocampus is the laughter.” Her statement captured the lingering humiliation of a long-ago violation—a shame recognizable to the countless other women who have come forward in the last two years to tell their own stories in the hopes of vanquishing a destructive silence. This one-of-a-kind collection includes fiction stories, personal essays, and poetry from 21 writers from underrepresented communities, all of which confront the spectrum of indignities visited upon women time and again. 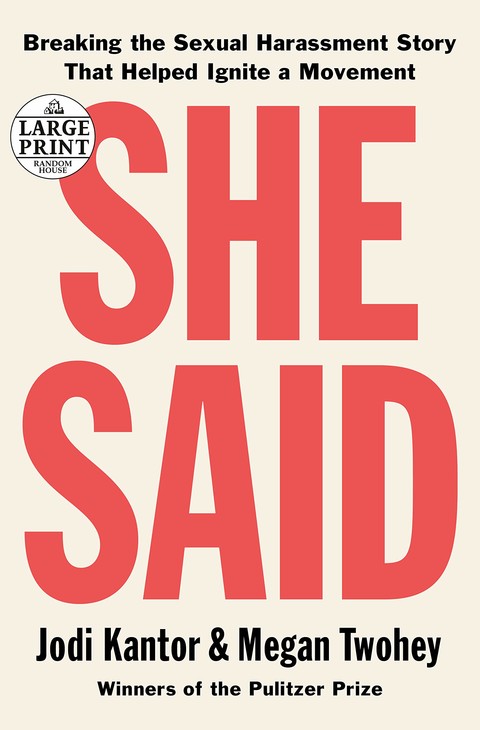 In October 2017, New York Times reporters Jodi Kantor and Megan Twohey cracked Hollywood wide open when they published the first in a series of investigative pieces about the decades-long pattern of abuse and harassment committed by Harvey Weinstein against more than 80 women, as well as the wide-ranging, well-oiled machine of fixers who helped him get away with it. Kantor and Twohey’s reporting earned them the Pulitzer Prize and encouraged dozens of women to come forward to name other iconic figures who previously seemed untouchable, including Louis C.K., Mark Halperin, and Matt Lauer. She Said chronicles Kantor and Twohey’s investigation into one of Hollywood’s most formidable figures, and what their discoveries tell us about how power and wealth operate. 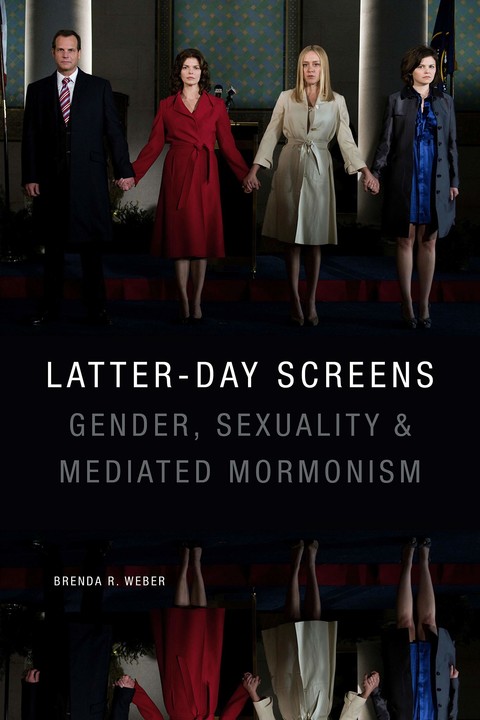 In Latter-day Screens, gender studies professor Brenda R. Weber examines pop culture’s ongoing fascination with Mormons. Mainstream media has given us a largely one-dimensional view of Mormonism: Sister Wives, Big Love, and even storylines on Love After Lockup present polygamy as the sum total of the religion. But Weber has another story to tell, one that’s about how Mormons are using pop culture—including TV shows, books, and YouTube videos—to find and enact their agency and rethink their conservative religion’s understanding of gender, sexuality, race, spirituality, and justice. 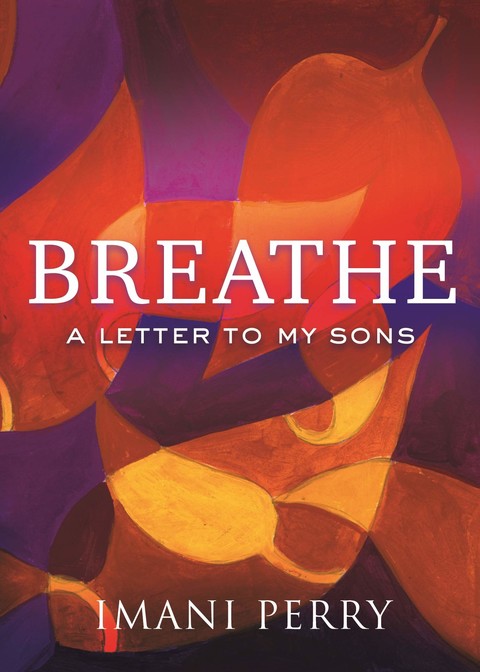 Imani Perry, an award-winning writer and the Hughes-Rogers Professor of African American Studies at Princeton University, is raising Black sons in a world where police officers and vigilantes will end their lives without a second thought. It’s a notion that has kept Perry, along with far too many other Black parents, up at night. The unflinchingly honest and real letter to her sons takes a shape familiar to those who’ve read James Baldwin’s “A Letter to My Nephew” (1962), Ta-Nehisi Coates’s Between the World and Me (2015), or Kiese Laymon’s Heavy: An American Memoir (2018) in that it examines how her Black boys can find grace, love, and peace in a world hell-bent on their destruction. Pass this along to the Black boys in your life: They will be better for having read it, and so will you. 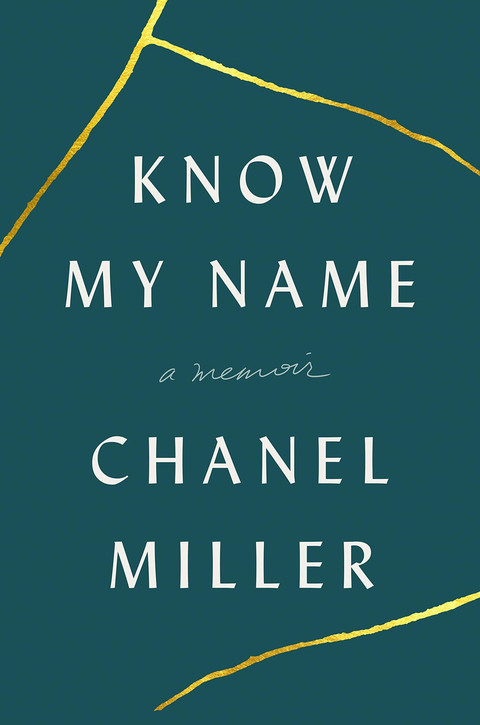 In 2016, Chanel Miller, then known only as Emily Doe, wrote what might be the first victim impact statement to go viral. In it, she addressed the man who assaulted her—former Stanford student Brock Turner—and in the process put a harsh and necessary light on the lenient sentence he was granted. “Your damage was concrete; stripped of titles, degrees, enrollment,” she said in her statement, which was eventually published in full by BuzzFeed. “My damage was internal, unseen, I carry it with me. You took away my worth, my privacy, my energy, my time, my safety, my intimacy, my confidence, my own voice, until today.” More than 11 million people read her statement within four days, and the judge who gave Turner a six-month sentence was ultimately recalled. Three years after her anonymous statement, Miller has written a memoir about the “perfect case” that showed that sexual assault is still contested terrain for many courts. 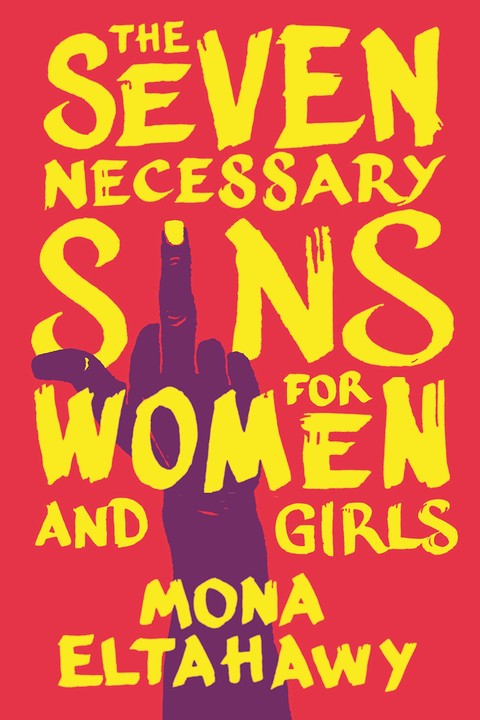 Feminist activist Mona Eltahawy is one of the world’s foremost writers about a number of issues facing women today, including sexism, racism, and Islamophobia. And though she’s often discussed the ins and outs of these problems in her 2016 book, Headscarves and Hymens: Why the Middle East Needs a Sexual Revolution, and in her frequent articles for the Guardian and other outlets, The Seven Necessary Sins for Women and Girls serves as a guidebook for those who are ready to dismantle them. Eltahaway’s newest offering encourages women around the world to be as angry, ambitious, profane, violent, attention-seeking, lustful, and powerful as possible—because social change depends on them.

Read this Next: Stop Steaming Your Vagina and Other Wisdom from Dr. Jen Gunter 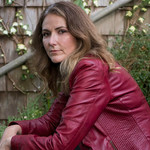 by Caroline Reilly
“The Vagina Bible: The Vulva and the Vagina: Separating the Myth from the Medicine” tackles every old wives’ tale you heard as a teen.