Expanding Our Imagination9 Novels That Show Fat People Themselves 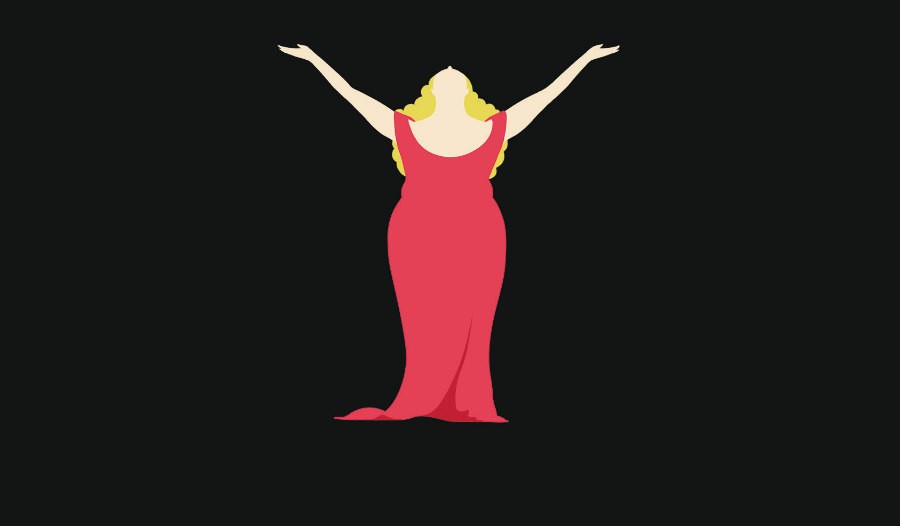 Fat people are having a revolution. While I’ve been critical about body positivity not focusing on protective policies, there’s no denying that plus-size people are staking claim to fashion, magazine spreads, and media representation. Refinery29 even partnered with Getty Images to offer more stock photos of fat people simply living their full lives. Yet, in many ways, fat representation is still lacking, particularly in fiction books. An array of writers and bloggers, including Lindy West, Roxane Gay, Tess Holliday, and Jes Baker, have published essay collections and memoirs about their relationships with their bodies, there are still too few novels with plus-size protagonists.

The tide is slowly turning. In the coming months, Amy Spalding will release The Summer of Jordi Perez (And the Best Burger in Los Angeles) and Kelly deVos will release Fat Girl On a Plane, two YA novels about plus-size characters developing better relationships with their bodies and moving toward their dreams. As we move toward better representation of fat people in literature, it’s important to look backward as what’s already been published. These nine novels show fat people themselves—good, bad, fatphobia, insecurities, and triumphs included. 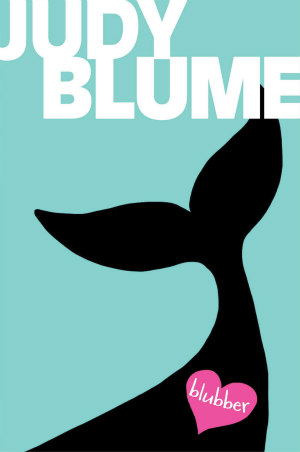 For many plus-size children, myself included, Blubber was the first book we ever read about a fat child. It’s a brutal novel that equates tragedy with fatness, but it is as necessary in 2018 as it was in 1974. In Blubber, Linda, a student living in Radnor, Pennsylvania, is ostracized by her classmates after she gives a class report about whales. Linda’s classmates nickname her “Blubber,” and then her peers, Jill, Wendy, and Caroline, begin physically and emotionally bullying her. When Wendy and Caroline turn on Jill, it becomes clear that childhood cruelty has nothing to do with weight. Blubber is a classic novel that gets to the heart of the torment so many children experience because of their perceived difference.

2. Good in Bed by Jennifer Weiner

Cannie Shapiro is a pop-culture columnist at The Philadelphia Inquirer with a degree from Princeton, a cute apartment that she loves, and a peaceful relationship with her body. However, her life is completely upended when her slacker ex-boyfriend, Bruce Guberman, lands a column at a national magazine and opens it with “Loving a Larger Woman,” a missive about their relationship. Cannie’s sent into a tailspin that leads her to a weight and eating disorders clinic where she discovers that she’s pregnant and finds a new love who helps her see a pathway forward for herself and her child. Good In Bed is a feel-good book that shows plus-size women that we are more than our weight. 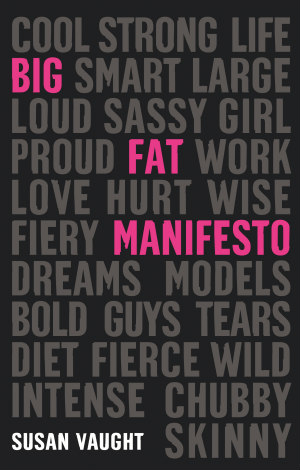 Jamie is an ordinary high school senior. She’s stressing about college application deadlines; studying for the ACT; and trying to balance her friendships, her relationship with one of her school’s star football players, and her role in a school musical. To doctors, though, Jamie is abnormal because she’s “morbidly obese.” While Jamie has tried to lose weight, she prefers to focus on raising awareness about the injustices fat people face in “Fat Girl Manifesto,” her weekly newspaper column. In this extraordinary novel, Susan Vaught offers a plus-size protagonist who isn’t imprisoned by her weight. She’s confident, in spite of the fatphobia she endures. 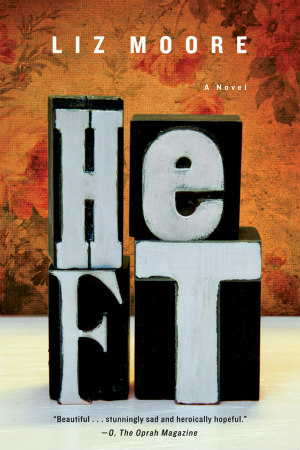 Arthur Opp is almost 60. The former professor describes himself as “colossally fat” because he weighs between 500 and 600 pounds, and he hasn’t left his home in Brooklyn, New York in 10 years because walking causes him to lose his breath. On the surface, Heft is another iteration of the “tragic fat person” trope, but in Liz Moore’s hands, Arthur’s journey back to himself, which focuses more on human connection than weight loss, is an important novel to grapple with. Arthur has been lonely for 20 years since Charlene, one of his former students and the only woman he’s ever loved, departed from his life. In Heft, Charlene and her son, Kel, help Opp see the detriment of loneliness and the importance of connection. 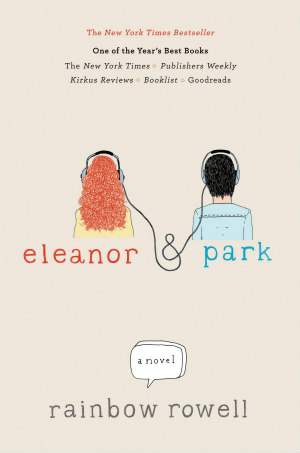 Eleanor & Park is a classic teenage romance. Eleanor and Park are two teenage outsiders who fall for each other in spite of the cruelty they endure from their abusive parents, bullying classmates, and oblivious teachers. When Eleanor and Park was published in 2013, a parent group in Minnesota tried to have the book banned from the Anoka-Hennipin school district because of its profanity. Despite the profane language, the New York Times-bestselling book teaches children to treat fat people well. After all, Eleanor is plus-size, and she’s the heroine of a teenage romance. 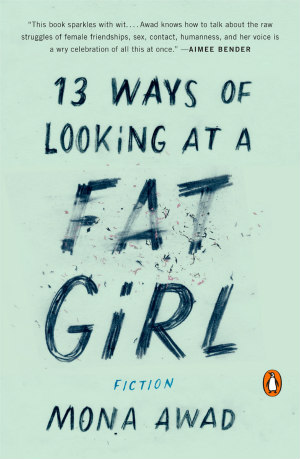 Through 13 short stories, 13 Ways of Looking at a Fat Girl explores how body-image issues and fatphobia impact protagonist Lizzie throughout her life. She spends the majority of her life as the “fat friend,” but as she gets older and her body changes drastically, she still has an untoward view of herself. It follows her through marriage and shrinking dress sizes, and into an unsatisfactory adulthood that’s full of excessive exercising and grueling periods of restricting. 13 Ways of Looking at a Fat Girl offers an intimate portrait of a woman that many of us know or have been. 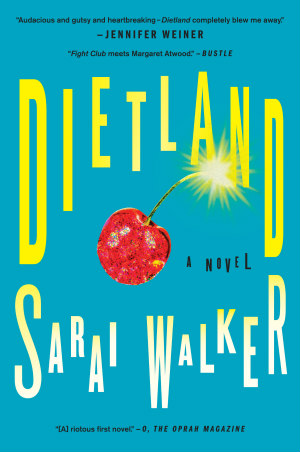 On the surface, Dietland seems like the typical “tragic fat girl” novel: Plum Kettle is 304 pounds, obsessed with losing weight, and keeping life on hold until she has weight-loss surgery. Only when she’s smaller will she able to live a full life. However, just when it seems that Dietland will be a predictable story, it takes a sharp turn: Plum is inducted into “Jennifer,” a terrorist organization that is battling misogyny and fatphobia through guerilla methods, such as dropping rapists out of helicopters. AMC is adapting Dietland for a television series—and there’s no better time than now to see a plus-size heroine kicking ass in the name of feminism. 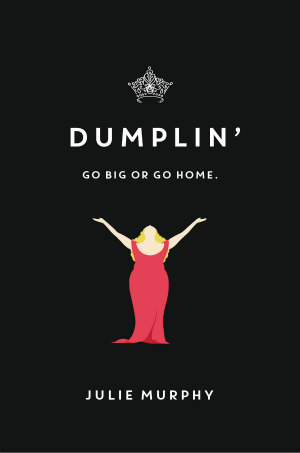 Sixteen-year-old Willowdean Dickinson is her tiny Texas town’s “resident fat girl.” Unlike many other fat protagonists, she’s overflowing with confidence—until her beloved aunt Lucy dies due to complications from obesity. In many ways, Julie Murphy falls into familiar trappings by having Will lose weight, but she also presents a complex heroine who understands that the beauty offered through pageants, like the Clover City Miss Teen Blue Bonnet Pageant, is exclusively reserved for those who meet very strict perimeters. Instead, Will moves through the world with an enviable insistence on being herself, no matter how others feel about it.

9. The Nowhere Girls by Amy Reed 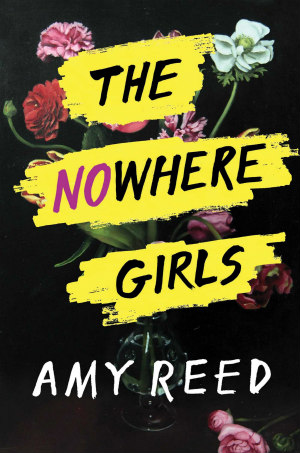 High schooler Grace Salter is relieved when she and her parents move to Prescott, Oregon. Their previous town ostracized the family after Grace’s preacher mother begins interpreting scripture differently. When she arrives in Prescott, Grace is shy and friendless because she sees her weight as limiting. However, she regains her power when she creates the Nowhere Girls with her newfound friends, Rosina Suarez and Erin DeLillo. Their goal is to combat rape culture at their high school, but in the process they each discover themselves, and Grace comes to a peaceful resolution with her body.