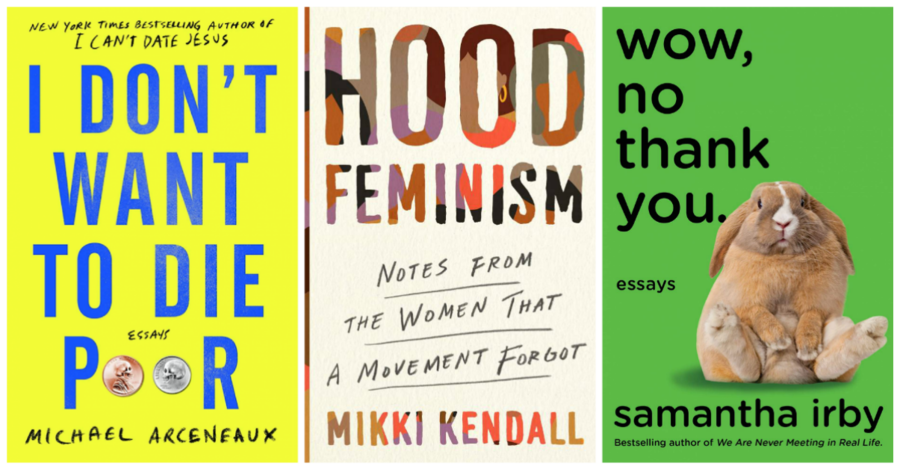 I Don't Want to Die Poor by Michael Arceneaux, left, Hood Feminism: Notes from the Women That a Movement Forgot by Mikki Kendall, and Wow, No Thank You by Samantha Irby (Photo credit: Atria Books, Viking, and Vintage)

Good essay collections are difficult to find and even more difficult to write. Writing an essay collection requires an enhanced level of self-interrogation as well as an ability to weave myriad ideas together through a single theme. Many of the collections on our most-anticipated list are from longtime essayists whose previous work expertly balances compelling self-reflection and broader social connections. The nine collections on our list are entertaining while also guiding us through our own self-reflection on a number of issues, including feminism’s refusal to center issues that don’t pertain to accruing more power; student-loan debt dictating people’s careers before they’re even able to dream about something bigger; and the importance of overcoming death anxiety. 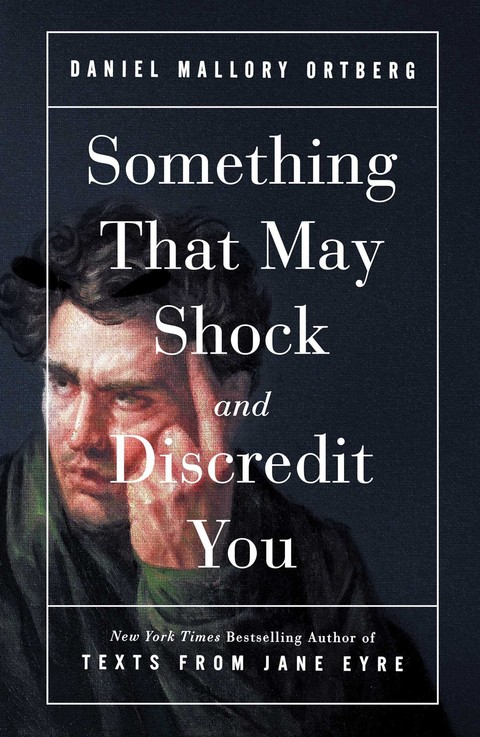 Something That May Shock and Discredit You
Daniel M. Lavery
{ Atria Books }
$26.00 Buy It Now

Daniel M. Lavery (formerly Daniel Mallory Ortberg) is an internet staple. His writing, from advice columns to hilarious sendups of gender and art history on The Toast, the dearly departed publication he cofounded, Lavery’s voice is synonymous with internet culture as we’ve come to know it. After blessing us with 2014’s Texts from Jane Eyre: And Other Conversations with Your Favorite Literary Characters and 2018’s The Merry Spinster: Tales of Everyday Horror, Lavery is back with the collection about pop culture that we’ve been waiting for. Something That May Shock and Discredit You is Lavery at his very best and his most honest, about HGTV, about being estranged from his mother, about being transgender, and about simply being. 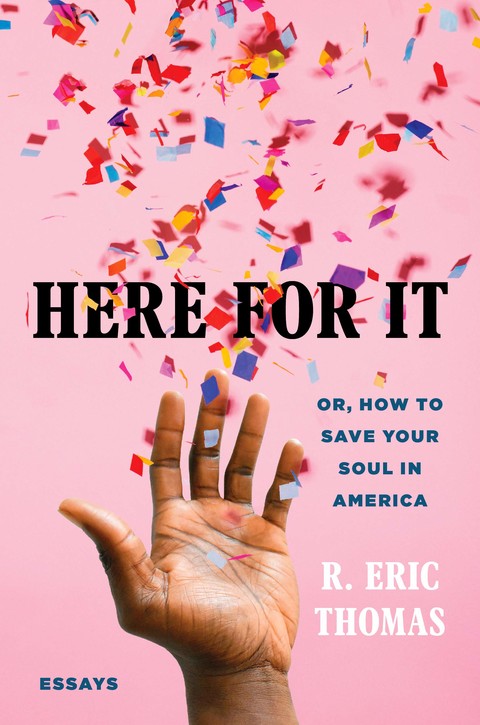 R. Eric Thomas, a senior staff writer at Elle, has brought his unique blend of humor and precise political analysis to the publication’s website, writing the hilarious “Eric Reads the News” and offering recaps of everything from Project Runway to the disastrous Cats movie. In his debut collection, Thomas—who Lin-Manuel Miranda considers one of his favorite writers—turns the humor on himself and his life’s journey, starting with his upbringing in a Baltimore neighborhood and taking us through his experiences as one of the only Black students attending a predominantly white private school, being a church parishioner struggling with his sexuality, and navigating the gay dating scene in college. Here for It is equal parts laugh-out-loud funny and candid, making it one of the best offerings in 2020. 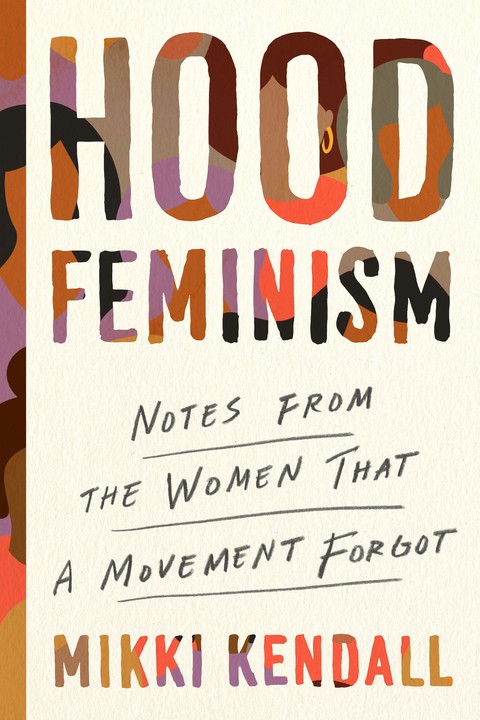 Hood Feminism: Notes from the Women That a Movement Forgot
Mikki Kendall
{ Viking }
$26.00 Buy It Now

In 2013, Mikki Kendall created #SolidarityIsForWhiteWomen, a viral hashtag that indicted white feminists who subscribe to an ideology that centers sexism at the expense of every other form of marginalization. Though Kendall had long been in the trenches of digital feminisms, #SolidarityIsForWhiteWomen elevated her profile, allowing her to write for a number of different outlets and leading to profiles in HuffPost, Vice, the Guardian, and a host of other publications. Now, Kendall, who released Amazons, Abolitionists, and Activists: A Graphic History of Women’s Fight for Their Rights in November 2019, continues this work in Hood Feminism (also the name of a website Kendall used to run with fellow writer Jamie Nesbitt Golden). Hood Feminism recenters a number of issues that are sidelined in mainstream feminism, including poverty, gun violence, police violence, and the school-to-prison pipeline, while also positioning Kendall as a vital voice in a movement that’s being commodified and reduced to buzzwords. 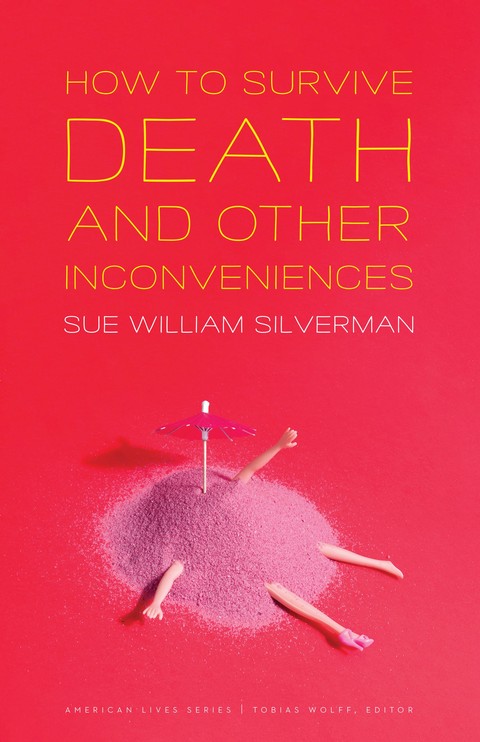 How to Survive Death and Other Inconveniences
Sue William Silverman
{ University of Nebraska Press }
$17.00 Buy It Now

Who is afraid of dying? I definitely am. Even thinking about death—mine or the death of someone who’s close to me—sends me into a panic attack, and I’m not alone in this fear. In his 1997 book The Denial of Death, Earnest Becker wrote, “The idea of death, the fear of it, haunts the human animal like nothing else.” Memoirist and poet Sue William Silverman, who teaches in the Vermont College of Fine Arts’ MFA in Writing program, is also terrified of dying. How to Survive Death and Other Conveniences is Silverman confronting that fear, connecting it the lingering trauma from a sexual assault, and exploring how her deathphobia has dictated so much of her life—from visiting emergency rooms for imagined illnesses to bending to the whims of an overly strict piano teacher. Silverman’s fourth memoir is really about coming to terms with physical death while seeking to create immortal work. 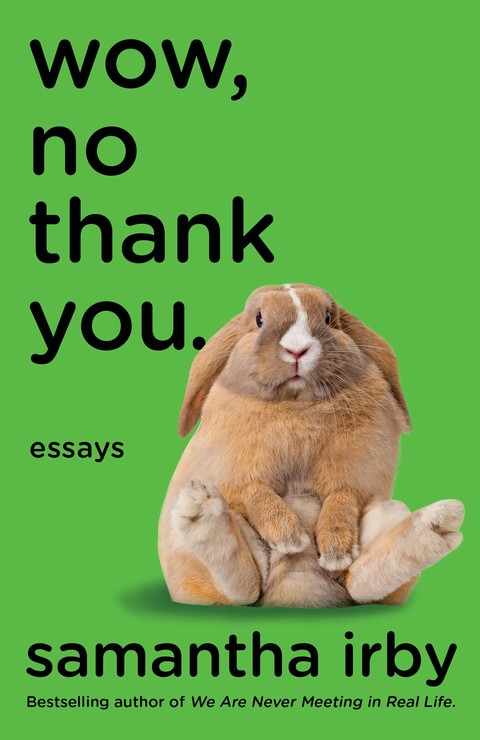 Samantha Irby is back! After writing one of the best TV episodes of 2019 (Shrill’s “Pool”) and giving us one of the funniest newsletters, which is currently running daily satirical episodes of Judge Mathis, Irby is dropping the mic again with Wow, No Thank You. Irby’s third collection is really a meditation on her success: She’s 40 now; she’s left Chicago for a home in the suburbs, and she spends weeks in Los Angeles meeting with some Hollywood executives who recognize her genius and some who don’t. In the incredibly witty way that only she can, Irby offers up   small glimpses of in her life since becoming a household name with a hive that’s willing to defend her honor at all costs. 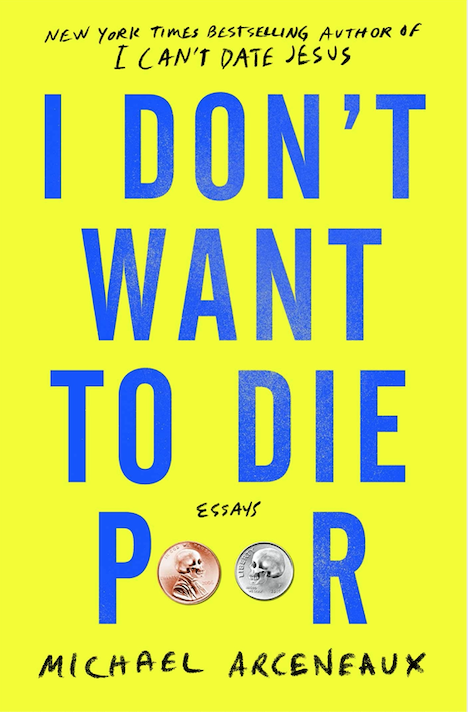 Michael Arceneaux knew he wanted to pursue a career in media when he graduated from Howard University in 2007, but he soon realized that his dreams alone couldn’t dictate his future. He’d amassed a significant amount of student-loan debt, much of which came from private lenders, and it was soon time for these vulturous companies to collect. I Don’t Want to Die Poor is as entertaining and informative as Arceneaux’s bestselling 2018 collection I Can’t Date Jesus: Love, Sex, Family, Race, and Other Reasons I’ve Put My Faith in Beyoncé, but it also breaks down the burden of student-loan debt. Debt—or more specifically, unforgivable debt that can only be deferred twice—dictates nearly every aspect of Arceneaux’s life, including how he approaches his career, dating, social media, and his relationship with his body. (“This is a Story About Control” is a must-read essay.) For those who are being swallowed by debt of all kinds, this book is for you—even if it just helps you release a much-needed laugh. 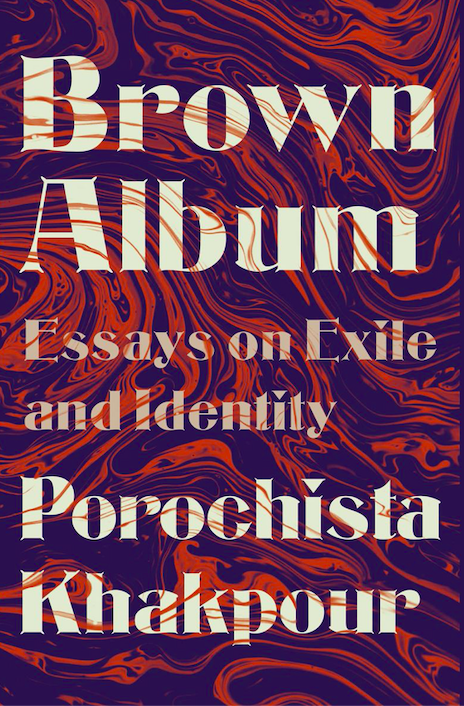 Novelist Porochista Khakpour (who has contributed to Bitch) is one of the best people to follow on social media. She tweets openly and honestly about chronic illness, the writing process, and the barriers that keep people, especially marginalized people, from receiving the care and resources we deserve. These are also themes Khakpour has explored in her previous books, including 2007’s Sons and Other Flammable Objects and 2018’s Sick. Brown Album chronicles Khakpour’s migration from Iran to Los Angeles with her family during the Iranian Revolution, and the confusing cultural expectations awaiting them in the United States; finding her footing as a writer among other writers in New York City; and grappling with what it means to be an immigrant from Iran after 9/11, after the United States wages war on the Middle East, and after Donald Trump’s unexpected ascendancy to the presidency. Khakpour’s work is always distinctive and singular, and Brown Album is no exception. 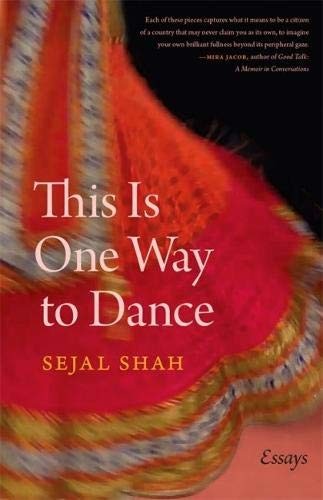 This Is One Way to Dance
Sejal Shah
{ University of Georgia Press }
$22.95 Buy It Now

Sejal Shah is a writer’s writer: In 2018, she earned a fellowship from the New York Foundation for the Arts/New York State Council for the Arts, and she’s also received fellowships and residencies from a number of prestigious writing residencies, including Kundiman, the Millay Colony for the Arts, and the University of Massachusetts at Amherst. Her debut book, This Is One Way to Dance, certifies why Shah has been both writing and teaching writing around the United States—she’s one of the best. This Is One Way to Dance centers around the expectations placed on her as a South Asian American, a feminist, and a writer, through a childhood in Rochester, New York, into a career as a writer and educator, and as an adult experiencing loss and trauma. Shah is marking herself as a writer to watch, and we’re paying attention. 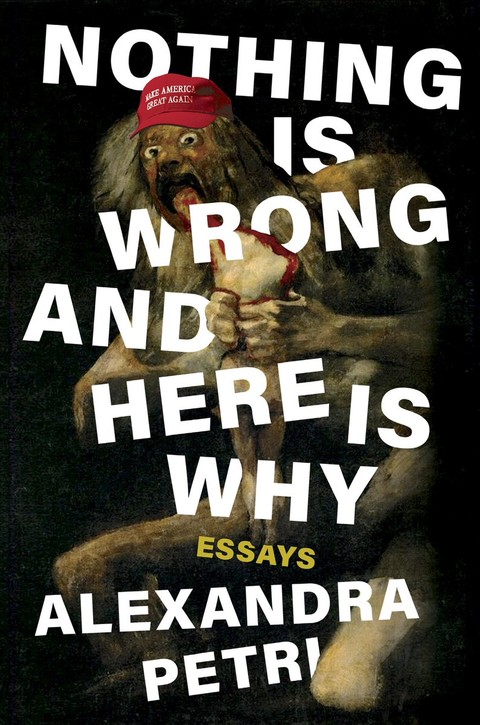 I hope the Washington Post knows how it lucky it is to have Alexandra Petri, a satirist who contextualizes political issues in humorous ways that are rarely misinterpreted or misunderstood. Do you know how difficult it is to nail satire? Somehow, Petri makes it look easy, writing about everything from Kamala Harris dropping out of the presidential race to Donald Trump essentially declaring war on Iran to Rudy Giuliani butt-dialing an NBC News reporter. Nothing Is Wrong and Here Is Why showcases more of Petri’s greatness, offering some of her best Washington Post columns as well as new essays that help us understand what the hell is happening in Washington and how we might make sense of it.

Read this Next: BitchReads: 17 Memoirs Feminists Should Read in 2020 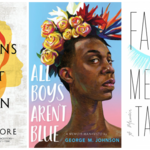 by Evette Dionne
Tapping into a person’s unique experience and seeing the world through their eyes for a few hundred pages can expand our individual worldview.