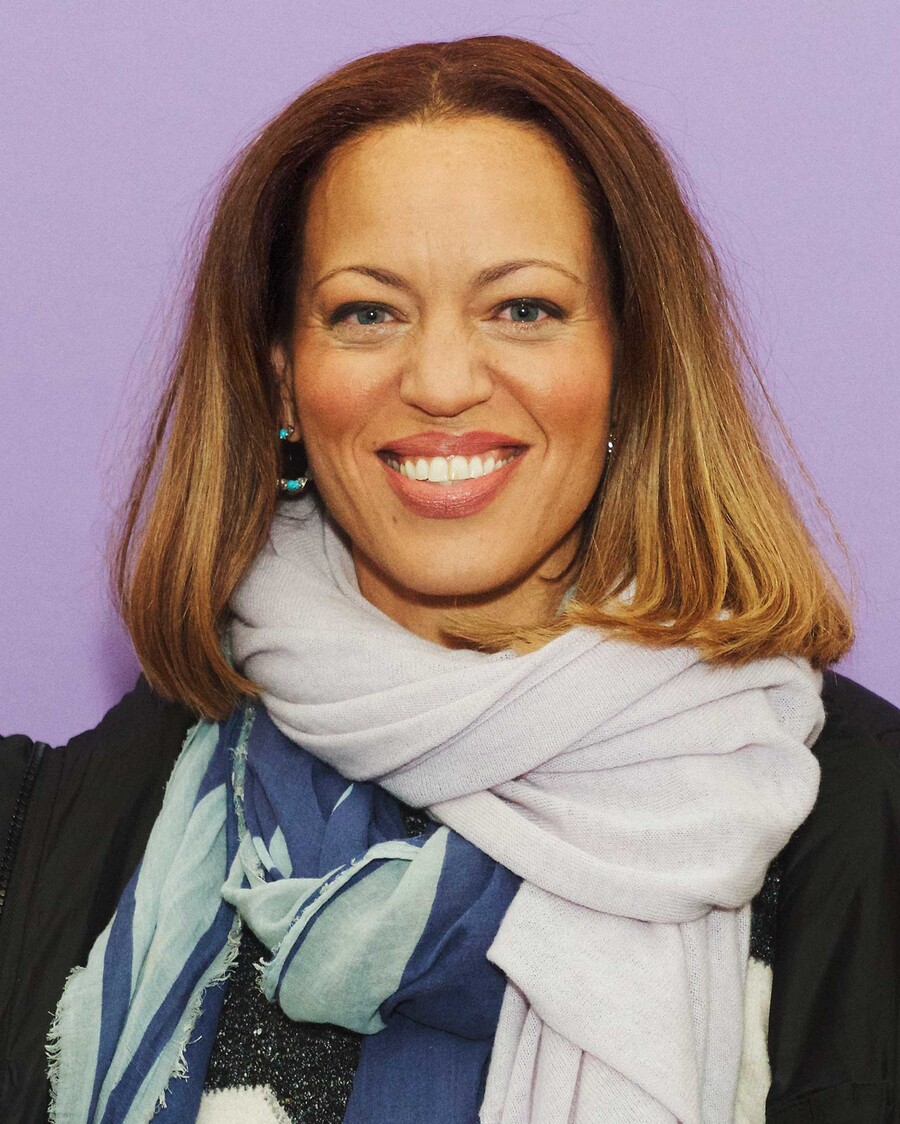 Drew Dixon is a living archive of music history. In the ’90s, she was hired as an executive at Def Jam Recordings—a musical staple that has produced artists ranging from LL Cool J to Jay-Z and Rihanna. Dixon was responsible for some of the culture’s most enduring records, but unfortunately, a rape, workplace harassment, and the ensuing trauma cut her promising career short. Though Dixon details her experience in HBO Max’s On the Record, her indelible impact on music has been overshadowed in the public eye by the narrative of her trauma. So, in this BitchTape, Dixon repositions herself as a musical visionary, detailing the songs she helped nurture.

Whitney Houston, “My Love Is Your Love”

When I got to Arista Records, I was excited about connecting friends from the hip hop world with artists in Clive Davis’s world. I asked Wyclef Jean if he had any interest in working with Whitney Houston, and he and Jerry Wonda said they had a song called “My Love Is Your Love.” So I set up a meeting with Davis. Houston came to the studio with a plan to tell the story of the song with her voice. She’d studied the lyrics and the melody. She knew where she wanted to put each ad-lib, each inflection, every run. She was intentional and in excellent voice. It was incredible to witness the power, not only of her God-given vocal instrument, but of her mind.

It all started, because Lauryn Hill was working on The Miseducation of Lauryn Hill, and she asked me if Davis could get in touch with Santana about a guitar solo on “Ex-Factor.” The guitar solo had already been recorded by the time I connected them, but Davis asked me if I thought Hill and Jean might want to collaborate on a new Santana album. Jean sent me “Maria Maria,” which became the second single from Santana’s 1999 Supernatural album.

I worked on “American Boy” when I was running John Legend’s independent label from 2006 to 2008. I quit the industry in 2002 after being harassed by L.A. Reid, which culminated in Reid refusing to audition Legend. But when I went to Harvard Business School, Legend and I stayed in touch. When I started, Legend was finishing Estelle’s album and had identified a song called “More Than Friends” as the single. I felt that Estelle should keep recording; I wanted her to come out with stronger singles that could compete at mainstream radio, so Legend called Kanye West, will.i.am, and Swizz Beatz to ask for tracks. Even though will.i.am was really busy, he had availability to work with Estelle during Super Bowl weekend in Miami. They came back with “American Boy,” which I immediately believed was a smash. My son made a cameo appearance at the end of the video, and the song went on to win a Grammy.

I signed Q-Tip to a solo deal at Arista, and “Breathe and Stop” was the second single from the album. Arista was playing catch up, because the Violator compilation had already released his super-hot first single, “Vivrant Thing,” three months earlier. Arista needed a record that was not available anywhere other than our album to drive sales, and “Breathe and Stop” was supposed to be that track. Unfortunately, Tip’s album was released in the middle of an epic coup at Arista Records. Davis had been unceremoniously replaced as the head of Arista Records by Reid. With everyone at the label distracted by the ensuing power struggle, “Breathe and Stop” got lost. I think it’s an even doper track than “Vivrant Thing,” and I’m still upset that it didn’t get the shine it deserved.

Method Man and Capleton, “Wings of the Morning”

I put this remix together when I was at Def Jam. I’d signed dancehall artist, Capleton, on the strength of his single “Tour,” which had also been remixed by Lil Jon. We wanted a record to expand Capleton’s fan base beyond reggae, so I asked Method Man if he would lay a vocal on a “Wings of the Morning” remix. I actually signed Capleton and Kali Ranks to Def Jam, which led to the launch of an imprint called Def Jamaica, but because of the assault, I left the label before the imprint got off the ground.

Method Man and Mary J. Blige, “I’ll Be There For You/You’re All I Need To Get By”

This duet was the first idea I had as an artists and repertoire executive that became an actual record. I was assigned the Method Man album shortly after I started the Def Jam job, but the album was pretty much done. I was listening to the album just to clear a few samples, when an interlude caught my attention. I was struck by how vulnerable and effusive Method Man was being in expressing his love for his girl. I thought that it was incredibly moving and important to show another side of hip hop, so I asked Russell Simmons if I could ask Sean “Puffy” Combs to get Blige to record a vocal for a hook to extend the interlude into a full song. When we finished the Puffy version at the Old Hit Factory studio, Puffy, Blige, The Notorious B.I.G., Jayson Jackson, and I danced for 45 minutes to the record on an endless loop. We knew it was greatness, and we were all ecstatic. It was a moment of pure joy.

I’d worked with Montell Jordan and his wife and manager, Kristin Hudson, on a remix of “This Is How We Do It” when I was with Def Jam. We’d stayed in touch, and they mentioned that they had some available songs they wanted me to hear. So Montell and Kristin came to my office at Arista and played a few songs for me, including the demo for “Nobody’s Supposed To Be Here” and “We Can’t Be Friends.” I basically fell out of my chair and played those two songs for Davis the next day. He wanted to give “Nobody’s Supposed To Be Here” to Faith Evans, but I felt strongly that the song should go to Cox. I thought that it could be more important for her career, and that her powerful voice was perfect for it. Davis ultimately agreed, and the song ended up being number one on the R&B singles chart for 16 weeks, breaking the previous record.

Though Drew Dixon details her experience in HBO Max’s On the Record, her indelible impact on music has been overshadowed in the public eye by the narrative of her trauma.

I signed Toya shortly after Reid arrived at Arista. He offered her a deal on the spot, and we started working on her album right away. “I Do!!” was already done when we auditioned her, and it continued to climb the chart while we worked on new music. The song became the number one CHUrban (contemporary hit urban crossover) record in the country. She was on her way to becoming a huge star, but the trajectory of my working relationship with Reid derailed her career. I still love that record’s dope intro and the Laurieann Gibson-directed video.

Aretha Franklin, “A Rose Is Still a Rose”

This is one of the records I am most proud of. Hill called me and said she had an idea for a new song for Aretha Franklin inspired by Ben E. King’s “Spanish Harlem.” She sang her idea to me over the phone, and I was blown away. She then sent me a demo that I played for Davis. Davis loved the demo but insisted that she add a bridge. Once the bridge was added, he wanted me to ask Jean or Stevie J to produce, but I fought for Hill to produce the record herself (and to direct the video). The record earned Franklin her first Grammy nomination in 25 years.

Brand Nubian, “Don’t Let It Go To Your Head”

I love this song because Brand Nubian was one of the groups that inspired me to want to make rap records. I’d heard their single “Slow Down” when I was a transfer student at Howard University and became an instant Brand Nubian fan. I’d also met the group’s DJ, Alamo, in D.C., so Alamo called me when the band decided to get together for a reunion album years later. I convinced Davis that this album was important, so he let me sign them. I love the Jean Carne sample in the hook and I love the rhymes that the guys drop. I even got to make a cameo in the Sadat X verse of the video!

Read this Next: The Music Industry Transformed Lauryn Hill from Superstar to Specter 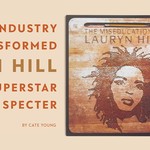 by Cate Young
Looking back on “The Miseducation of Lauryn Hill” 20 years after its acclaimed release is an exercise in witnessing promise unfulfilled. 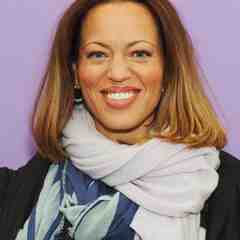 Drew Dixon was a music executive at Def Jam and Arista Records, where she worked with Aretha Franklin, Whitney Houston, Lauryn Hill, Carlos Santana, The Notorious B.I.G., Brand Nubian, Method Man, Q-Tip, Pharrell Williams, DJ Premier, Deborah Cox, and many more. She is also a Stanford graduate, a Harvard MBA and the founder of EverythingDid, a tech-enabled beauty brand providing hair care on-demand for women with kinky and curly hair.