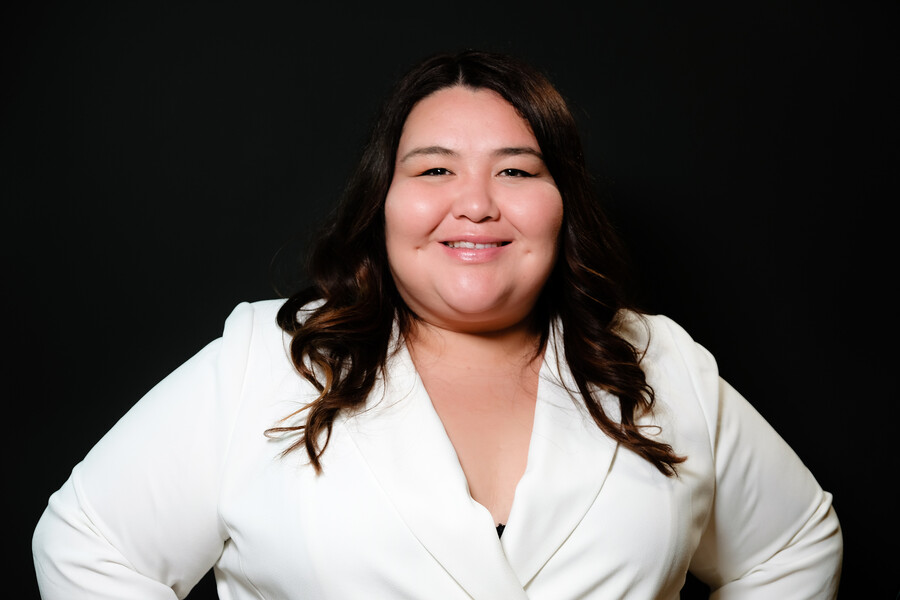 Courtesy of United We Dream

For more than 10 years, Greisa Martínez Rosas (she/her) has organized for the rights of working-class undocumented people. She is the newly minted executive director of United We Dream (UWD)—the largest immigrant youth-led network in the country, with more than 800,000 members. Originally from Hidalgo, Mexico, Greisa came to the United States with her parents and sisters at a young age and grew up undocumented in Dallas, Texas. She began her organizing journey by leading a student walkout from her high school to demand justice for immigrants. In this BitchTape, Greisa outlines some of the songs that have helped guide her ethos as an organizer and a movement leader.

Mannywellz is undocumented, unafraid, and undeniably electric. His music combines hope, Afrobeats, and divine love. In “Yeoo,” he reminds us of the simplicity of our movement’s demands: “We just wanna be free!/ We just wanna live life!” Manny got me through 2020. On Saturday mornings, I could usually be found making breakfast and blasting my favorite songs off his 2020 album Mirage.

Caliph’s Boston vibe has become part of the unofficial soundtrack of UWD, along with many other artists on this list. There have been many long campaign nights after an already long day of actions when my teammates, Justin and Rodrigo, play Caliph while creating iconic art for our movement. It’s a plus that Caliph brings his own immigrant experience to his music, including “My Story,” which serves as a reminder that our shared stories connect us; they’re a longing to be seen, to be heard, and to belong.

One part of the immigrant experience is appreciating our origins—our mothers, biological or otherwise, who shape us, give us strength, and sacrifice for our survival. Marc Anthony’s “Vivir Mi Vida” always reminds me of my own mom, Elia Rosas, because she loved dancing to this song. She died three years ago, undocumented and without access to the healthcare she deserved because of her status. No matter the challenge, she reminded me to laugh and enjoy life. I dedicate my life’s work to her.

Los Tigres del Norte are played in immigrant households across the nation. The band’s voices carry us back to the places our hearts long for, and for a moment, their music—including “La Jaula de Oro”—allows us to escape the gilded cage.

Chika, “Songs About You”

Chika, a self-described Black, queer, woman, was born in Alabama to Nigerian parents. Not only is Chika open about how her identities shape her worldview, but her background also plays heavily into the kind of music she creates. She embodies what UWD is all about: Those closest to the pain are also closest to innovations and breakthroughs. I am proud to be undocumented, unafraid, queer, and unashamed.

Rihanna brings the intersection of forceful feminine power, immigrant experience, and magic into all her work as an artist, a philanthropist, and a fashion and beauty trailblazer. During the Trump regime, “Umbrella” became my go-to karaoke song whenever the UWD team needed to just let it out. “Now that it’s raining more than ever/ Know that we’ll still have each other.”

Part of being an immigrant is being connected to the discipline of hope, that thing inside immigrants that reminds us that we will overcome. Hope is not a given; it’s a practiced discipline. In “Gracias a la Vida” (“Thank you to life”), Parra’s voice evokes the melancholy and gratitude found in the immigrant experience. She enumerates her treasures, the things we sometimes overlook. What life has given us has been given to some of us from the beginning: eyes, ears, sounds, and words, feet that make the road, heart, laughter, and tears. The latter two serve as the foundation for this song.

La Santa Cecilia is a band of the pro-immigration movement. In this song, it tells the all-too-common story of U.S. Immigration and Customs Enforcement and U.S. Customs and Border Protection—the armed agents responsible for detaining, deporting, and disappearing our loved ones.

Editor’s Note: This story has been updated to reflect that Chika does not identify as plus-size and was born in Alabama to Nigerian parents. (2/15/2021, 8 a.m. PST)

Read this Next: There’s No Such Thing as the “Latino Vote” 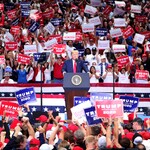 by Tina Vasquez
Latinos “flocked to the polls” in numbers that far exceeded what experts expected. 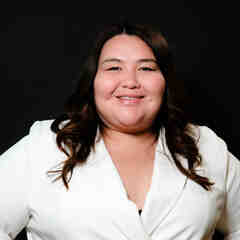