It would be possible to tell the whole story of British punk solely through its female bands and artists. These songs from the late 70's and early 80's and show that despite the way women's involvement in the UK punk scene is often marginalized and airbrushed out of mainstream recollections, women had a strong, creative, vibrant presence in the movement.

Nicotine Stain - Siouxsie and the Banshees (1978)

Fairytale in the Supermarket - The Raincoats (1979)

Browse our archive of over 200 feminist mixtapes here. 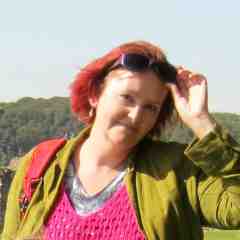 Tricia Lowther is a writer and campaigner from the North of England. She can often be found tweeting or blogging for the UK's Let Toys Be Toys campaign, of which she is a co-founder.