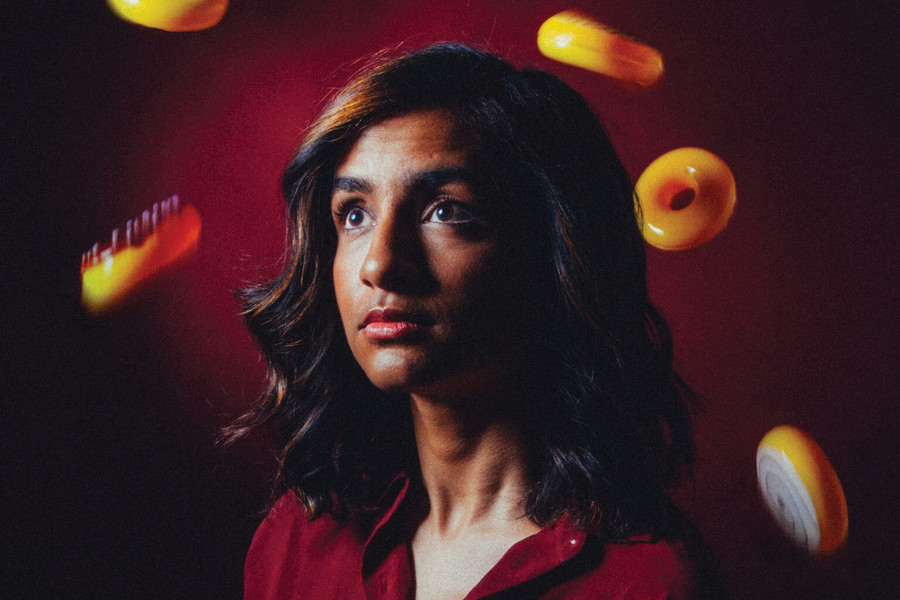 Rekha Shankar is one of the funniest comedians on Beyoncé’s internet: Not only has she written humor pieces for the New Yorker, but she also writes for a number of TV shows, including Netflix’s Astronomy Club. Through it all, Shankar has held on to a love for the mediums that have allowed her to showcase her spot-on humor and improvisation skills: the stage, TV, and movies. In this BitchTape, she takes us on a fantastical journey of our own, shining a light on soundtrack-born songs that help us suspend disbelief.

The deep piano riff in “September Song” brings to mind the proverbial waves crashing over rocks in Big Little Lies. And the twinkling melody will make you feel as if you’re above the world and wondering “Do I fit in?”

David Shire, “Theme from The Conversation”

This creepy noirish piano track will make you feel as if you’ve descended to earth and are now encountering a twisted version of reality. You are the Only Skeptic as the rest of the world seems to be melting and mutating around you. Suspenseful and haunting, this song will make you wonder, “Am I losing it?”

All you can think about is running away, so you do. You have no idea where you’re going, and the percussion of the drum tricks in “O… Saya,” a song from the Slumdog Millionaire soundtrack, makes your heart skip a beat. You have no clear direction except to get far, far away.

The street you’re running down has a dead end. It’s a slow, eerie, and atmospheric experience common on Twin Peaks, which has used the song on the soundtrack for its 2017 reboot. And this kind of score can only signify one thing: There’s
a shadowy figure chasing you. Who is it?

The fog clears on cue from the deep violins in this track, and you realize the silhouette before you is a younger version of you. She’s your self-doubt, your fears. Where does she fit in? Did you hurt her?

Now you see her for what she really is: a little girl who feels lost. The slow, maternal humming in this song from the Pan’s Labyrinth soundtrack guides you as you ask what’s wrong. She tells you she needs to feel loved. You feel a pang of realization in your chest: You need to forgive her—and yourself. You give her a hug, which was exactly the right move.

…Or was it? Because now you’re surrounded by zombie children. You need to get out. When the electrifying beat drops, you run for it, but this time you know exactly where you’re going. The city isn’t an unfamiliar haze anymore. You hop back aboard your ship and get the hell out of dodge. Just as you lift off, you realize one clone made it onto your ship. Uh-oh.

You tackle this bastard to the ground and press the eject button, setting yourself free from this nightmare. You feel cool as hell as this sultry French take on the Rolling Stones’ “Paint It Black” blares through your head. You are a woman.

Joe Hisaishi, “One Summer’s Day” (from Spirited Away)

You’re floating above the world again. But now, instead of looking down and wondering where you fit in, you see you were part of it all along. You look to your right and left and see everyone else is looking down, too. You’ve inspired them to forgive themselves. While you used to struggle to understand yourself, the somber and sweet melody of this piano reminds you the struggle is over.

Read this Next: 99 Percent Savior 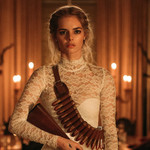 by Mary Beth McAndrews
The Final Girl is no longer a babysitter or camp counselor, but a working-class outsider who is treated as an exploitable object to be lured in with money. 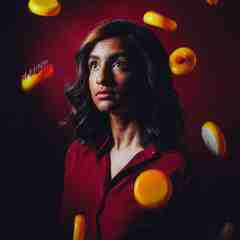 Rekha Shankar is the former head writer/performer for CollegeHumor’s Hardly Working series. She was a guest writer on the Astronomy Club Netflix sketch series, plays the role of Gaya the Director in Between Two Ferns: The Movie, and is an ensemble player in the upcoming Netflix sketch show Aunty Donna’s House (premiering in 2020). She is an improviser at the Upright Citizens Brigade Theatre L.A. She is also the writer/creator of Hustle, which was an Official Selection at the 2016 New York Television Festival. Her other pilot, Queens, advanced to the second round in the Comedy Teleplay Pilot category at the 2018 Austin Film Festival.