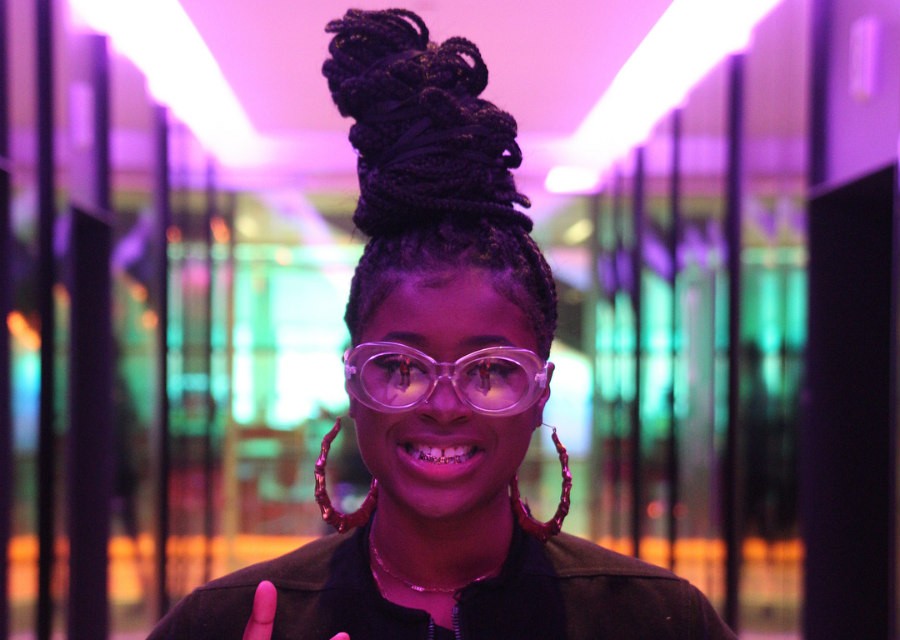 Earlier this month, I headed to Austin, Texas for another year of SXSW. More than 1500 bands descended on the city for a hectic six days full of showcases, standing in long lines, and finding discreet places to pee in public. For the next week two weeks, we’ll be sharing playlists that showcase my favorite acts from the festival. Some of these artists are well-established, using SXSW to try out new bands or sounds, while other musicians are just getting started in the industry. No matter their status, these are all acts I expect to hear great things from in 2018.

It was a banner year for Australian musicians at SXSW, and Gordi was one of my favorites. Her loops and vocal modulations are haunting, and her queering of a predictable female voice by distorting it lower (without adding a soprano harmony) is subtly subversive.

Amy Shark is another great Australian artist. Her genius is in her lyrics, which take a couple of listens to really hear, but grab you from the jump.

Philly-based rapper Tierra Whack swings for the bleachers with the strange and sublime “Mumbo Jumbo,” turning mumble rap on its head by performing this song with dental equipment that pries her mouth open for the duration of the song. I love hearing a woman MC play with style and delivery in ways usually associated with men.

Canadian singer-songwriter Tika came to SXSW on a mission to spread love, acceptance, and vulnerability. She felt numb when she came out of a corporate job, so she rewrote her story to make music that aims to melt obstacles and open hearts.

I’m telling you, SXSW was an Aussie takeover! G Flip, a queer musician from Australia, was one of the festival’s breakout acts. She’ll be a massive pop star in about 12 minutes. “About You” takes a breakup and turns it into ear-worm gold.

Last year, Hinds was the big name in Spanish garage rock. Melenas, a rock group out of Pamplona, is following in their footsteps. Their sound is mellower, incorporating beachy drawls and jangly guitars.

Tongan-Australian artist Fatai became famous after uploading a cover of Frozen’s “Do You Want to Build A Snowman” to YouTube, landing a spot on the Australian version of The Voice, and getting a record deal. While the cover initially brought her attention, I loved Fatai’s sound most when she was playing her own songs, which are as fresh and youthful as she is. Her voice will stop you in your tracks.

Stella Donnelly writes songs that sound sweet, but have blades. She was one of my top-three favorite artists at SXSW, and the highest praise I can give her is that my friend emerged from her show saying he’d never felt more ashamed to be a cis white hetero dude. Goddess bless you, Stella.

Haley Heynderickx reminds me that I really do need to start a garden.

Lee Hi has accrued 12 million Spotify streams in Korea, but she’s virtually unknown in the US. Hopefully, her SXSW performance changes that – her music is a pure shot of dance-floor adrenaline.

“Fire Drills” is a quantum leap into explicitly feminist rage for rapper/singer/philosopher Dessa, and it knocked my fucking socks off. I have been waiting for this song for a long, long time.

Varsity is a Chicago-based quintet, though their music sounds like a ray of sunshine (if sunshine can be melancholy) straight from the Golden Coast. Their new record, Parallel Person, comes out this year.