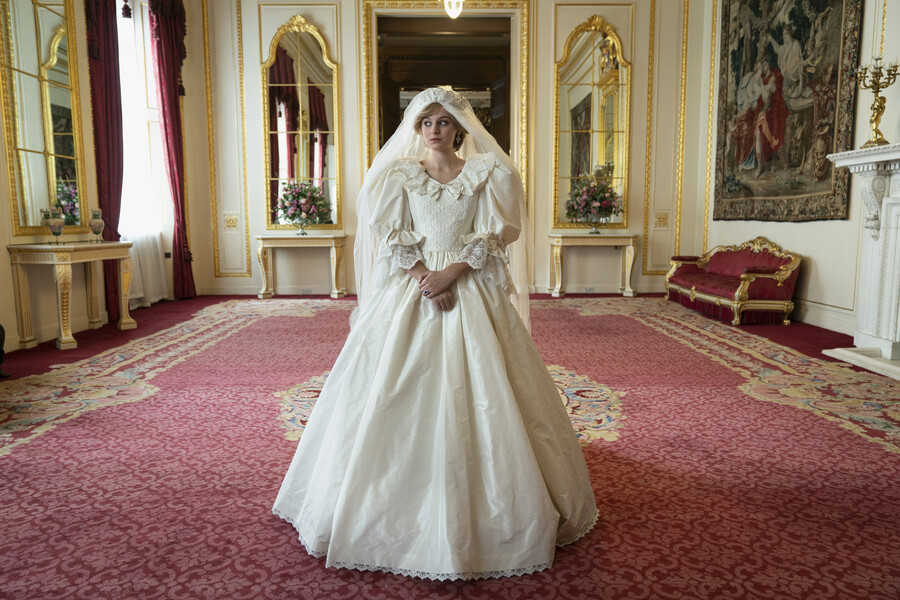 It’s a strange time for television, and honestly, for many of us. Some of us have found it difficult to keep up with our favorite series, while others have found television to be a much-needed balm. While we don’t know what the future holds, we can provide some of our favorite fall television shows so that we can take just a moment to turn off the news, stop doomscrolling on Twitter, and focus on something a little lighter—or at least less pressing—than our daily lives. Here are 15 fall shows that feminist should watch this season.

There are few bits of TV news that have crushed me more than Teenage Bounty Hunters being canceled after a single season. However, that first season was so amazing that I’m still recommending the show, which follows twin sisters, Sterling (Maddie Phillips) and Blair (Anjelica Bette Fellini), as they stumble into bounty hunting. They have one of the funniest sibling dynamics I’ve seen onscreen, amped up through their work with Bowser (Kadeem Hardison), the yogurt-shop owner who teaches them how to bounty hunt. The girls navigate faith (their family is very Christian, and Sterling is essentially the president of their youth group); sex and sexuality (both girls have new romantic sexual experiences throughout the show); and race and identity (one episode in particular follows the trio as they try to hunt down a Black woman who’s cutting the heads off of confederate statues). Plus, it gets queer. Trust me.

HBO’s Lovecraft Country, adapted from Matt Ruff’s 2016 novel, has become one of fall TV’s most-discussed dramas. The show begins with Korean War veteran, Atticus (Jonathan Majors), joining his old friend, Letitia (Jurnee Smollett), and his uncle George (Courtney B. Vance), in a quest across ’50s America to find his missing father. From that first trip, the trio—who soon become a duo—encounter real and imagined monsters, including cops chasing them through sundown towns, a white supremacist ghost who traps the spirits of the Black people he medically experimented on, and four-legged monsters afraid of any form of light. The series wraps on October 18, leaving us with 10 anxiety- and terror-inducing episodes that brilliantly expose and indict the systemic racism that still plagues Black people in the United States.

Emma Green (Hilary Swank) is on a mission to lead a crew to Mars, but Away is less interested in exploring the Red Planet and more interested in the impact that such a voyage has on Green’s family. The series doesn’t indict her decision; instead, Away examines the impact of distance on a single family. Away is a memorable, heartwarming series from the creators of Friday Night Lights and The Good Wife that serves as a distraction from our day-to-day lives.

Woke is one of the strangest shows I’ve watched, but it’s definitely worth engaging with. Keef (Lamorne Morris of New Girl) is a Black cartoonist who doesn’t engage much with race, but his world gets flipped upside down when the police attack him because they mistake him for a “suspect.” He seeks comfort in Ayana (Sasheer Zamata) who edits an antiracist magazine and they become allies as Keef wonders what this realization about racism means for him as a Black man and a cartoonist. Plus, random inanimate objects begin speaking to Keef and guiding him through his racial awakening, which adds some levity to a heavy concept.

5. Julie and the Phantoms

If you enjoy lighthearted television shows that prioritize diversity, then Julie and the Phantoms should be in your queue. Based on the Brazilian television series Julie e os Fantasmas, the show follows Julie (Madison Reyes) after her mother’s death leaves us unable to connect with the music that has always kept her afloat. She rediscovers her love for music in an unexpected way: As Julie goes through her mother’s old things, she comes across a CD that unleashes three ghosts when she plays it. They suck Julie into a range of music-oriented adventures that allow her to live out her dreams of being a musical sensation—and help her mourn her mother’s death without losing herself.

I deeply enjoy TV shows and movies about antiheroes, especially those with women depicted as “bad moms.” Even Bad Moms (2016), which is not the best film in the world, remains high on my rewatch list, so I’m excited about Netflix’s The Duchess. Katherine (portrayed by comedian Katherine Ryan) is a single mother who loves her daughter, Olive (Katy Byrne), but she’s always saying and doing the wrong thing at the wrong moment. Though she tries, she can’t get the hang of the whole mothering thing, especially when it comes to bonding with and impressing the other moms. It’s a hilarious watch: Katherine and Olive feel like a much raunchier Lorelai (Lauren Graham) and Rory Gilmore (Alexis Bledel), and Katherine’s friendship with Bev (Michelle de Swarte), her business partner and best friend, feels deeply real.

Ratched is not a series for the faint of heart: It’s set in a 1940s mental institution where there are lobotomies performed, patients are tossed in too-hot baths, and horrific violence is shown over and over again. Ratched follows Mildred Ratched (Sarah Paulson), who manipulates her way into being hired as a nurse just as a man who murdered multiple priests is admitted. Though Ratched considers herself an angel of mercy, she’s actually sadistic and carries out a plan to torture everyone who comes in her path—except the newly arrived serial killer incarcerated in the basement. There’s also a solid lesbian love story that carries the second half of the season. Netflix has already renewed Ratched for a second season, so it’s worth the watch, even if you have to fast forward through some of the blood and gore.

Sam (Peyton Elizabeth Lee) might behave like a normal 15-year-old, but she’s actually second in line to the throne of her fictional European country—and she’s recently learned that she’s part of an elite group of other teens who have supernatural powers. Secret Society of Second-Born Royals is a harmless watch for those who want to escape our political reality and just focus on a royal teen figuring her life out. It’s also nice that the show flips Disney’s princess-saved-by-the-prince script, though it lives alongside the brand’s countless princess films.

Whether for its lowkey bisexual representation or its unique commitment to representing teenage girls, Bob’s Burgers has become a feminist favorite. Now, heading into its 11th season, the show continues to offer more of what we love: inoffensive humor, family adventures, and more Gene (Eugene Mirman). I always want more Gene.

Monsterland, adapted from Nathan Ballingrud’s 2013 short-story collection North American Lake Monster, is filled to the brim with monsters (like mermaids), but the real horrors are the places they inhabit and the people they’re living among. The star-studded show offers eight episodes about different people attempting to survive struggling towns populated by treacherous people. With a cast that includes Taylor Schilling, Kelly Marie Tran, and Kaitlyn Dever, Monsterland pushes us to evaluate our own monstrousness.

Though Black-ish isn’t always perfect, my favorite episodes are the ones where Dr. Rainbow Johnson (Tracee Ellis Ross) comes to center stage. Season 7 kicks off with Bow working on the frontlines while trying to also protect her family—and, of course, we get drama, pettiness, and even a bit of romance from the rest of the family. Earl (Laurence Fishburne) and Ruby (Jenifer Lewis) are back together, and it’s a sight to see. Fans won’t be surprised to know the series isn’t shying away from the upcoming presidential election; the season kicks off with a two-part election special.

THIS IS US SEASON 5 | Official Trailer

If any show keeps my wheels turning without straight-up stressing me out, it’s This Is Us. The time jumps, telling the winding history of siblings Randall (Sterling K. Brown), Kate (Chrissy Metz), and Kevin (Justin Hartley) as well as the complexity of each character’s life. There is more than enough drama to keep viewers busy and briefly distracted from our daily anxieties. So far, based on a teaser, we can anticipate a “new beginning.” God knows I could use one of those, even if only onscreen.

Superstore has managed to impress audiences season after season, taking on issues ranging from ICE raids and union busting to reproductive healthcare. The show’s as hilarious as it has ever been and the full Cloud 9 crew has equally shared the weight of the plotlines, especially as America Ferrera, who’s been portraying the protagonist Amy leaves the show this season. I’m excited to see if characters like Dina (Lauren Ash) and Matteo (Nico Santos) will get more screen time and how the show takes on COVID-19 considering its history of handling tricky topics well.

I’ll admit that I’m not a huge fan of The Crown, but the show has grabbed my attention with its dark, intriguing Season 4 trailer all about Prince Charles (Josh O’Connor) and Princess Diana (Emma Corrin). Over the next two seasons, the series will follow their life from the courtship through Diana’s death and into the 2000s. The explosive social media response persuaded me to watch this season and further dive into Diana’s life and conspiracy-laden death. 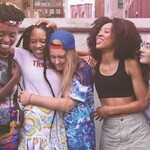