BitchWatch: 11 Bitch-Approved Films You Should Watch This Fall | Bitch Media 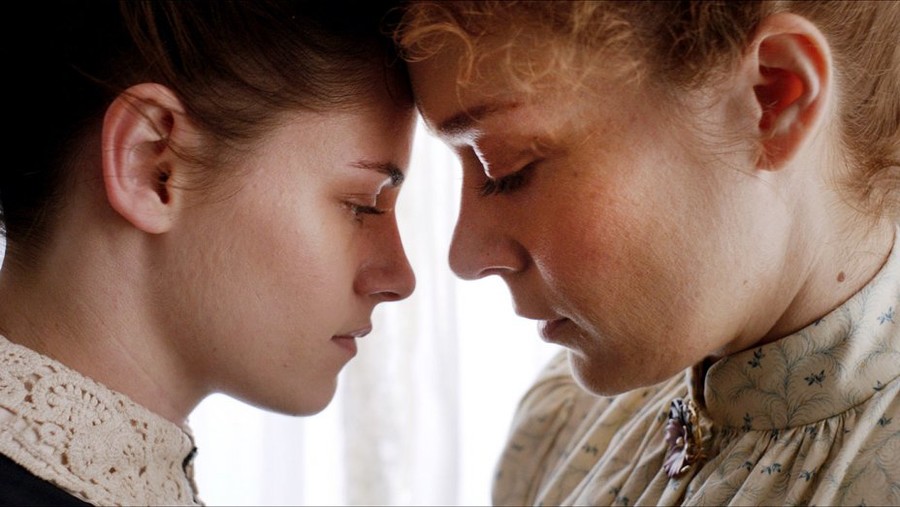 2018 is shaping up to be a great year for movies. Usually studios save their showstoppers for the summer or winter, but the next few months are going to be packed with cinematic treats. Fall’s film slate features thrilling tales of mystery, murder, rivalry, and revenge, Shakespeare and James Baldwin adaptations, plus a remake of a classic horror film.

Based on the eponymous Sarah Waters novel, The Little Stranger is set in Warwickshire, England, a few years after World War II. Dr. Faraday (Domhnall Gleeson) tends to the Ayres family at Hundreds Hall, a dilapidated mansion where his mother once worked as a housemaid. Faraday becomes friendly with his new patients, until they all begin seeing visions in the old house. Waters’s novels are delicious, tightly wound mysteries, and this ghost story seems especially tense in all the right ways.

There’s definitely something intriguing about A Simple Favor, a mystery-comedy film about Stephanie (Anna Kendrick), her deceptive new friend Emily (Blake Lively) who suddenly disappears, and Emily’s husband Sean (Henry Golding). Kendrick and Lively vibe nicely in the trailer and the film is directed by Paul Feig, who most recently brought us Ghostbusters in 2016.

The events of August 4, 1892, are so notorious they’ve become immortalized in nursery rhyme, but Lizzie reimagines the axe murders of Lizzie Borden’s father and stepmother. Lizzie (Chloë Sevigny) is an unmarried outcast at 32, living with her domineering father. When the Bordens hire Bridget (Kristen Stewart) as a maid, the two women form an unlikely friendship—and a devious plan. More historical fiction like this, please!

Gilda Radner was a comedian, writer, actress, Emmy and Grammy winner, and an original cast member on Saturday Night Live in its 1975 premiere season. A little more than a decade later, she was diagnosed with ovarian cancer. When she died at 42, Saturday Night Live aired one of her sketches instead of an opening monologue. Love, Gilda celebrates the life, work, and laughs of one of show business’ original funny ladies.

As a favor to her husband, Colette (Keira Knightley) writes an autobiographical coming-of-age novel about a French schoolgirl named Claudine under his name instead of hers. Based on the life of the French novelist, Colette follows her life as the Claudine novels become huge successes; Colette and her husband Willy become the first modern celebrity couple; and Colette is gradually exasperated by the lack of recognition for her work. I loved Knightley in Anna Karenina, so I’m excited for this literary romp through turn-of-the-century Paris!

It’s the Shakespearean classic, but set in an alternate universe of a 21st-century highly militarized London. King Lear (Anthony Hopkins) expects adulation, so when his youngest daughter Cordelia (Florence Pugh) refuses to fawn over him as commanded, he punishes her by disinheriting her. Since this is Shakespeare, Lear’s petty and impulsive decision has perilous consequences for all. This adaptation also stars Emma Thompson, Emily Watson, and Jim Broadbent!

The Hate U Give | Official Trailer [HD] | 20th Century FOX

Starr Carter (Amandla Stenberg) lives her life in an uneasy balance. During the day, she goes to a rich, mostly white prep school, and she comes home to a poor, mostly Black neighborhood. When Starr’s best friend Khalil is killed by a police officer, both her worlds are shattered and she has to find her voice. Based on Angie Thomas’s eponymous novel, The Hate U Give shows how important young people’s voices are in the struggle for justice.

This will be the 11th installment in the Halloween franchise, and the original Final Girl Laurie Strode (Jamie Lee Curtis) is coming back to settle the score. Set 40 years after the original film, Laurie will have a final showdown with Michael Myers on a haunting Halloween night.

This is 2018’s most-anticipated film for me. Dario Argento’s 1977 cult-classic about a ballerina trapped in a dance academy run by a coven of witches is one of my all-time favorite horror films. The score is menacing, the screen drips with the colors of bright bruises, and the set is straight from our nightmares. Now Suspiria is being remade by Call Me By Your Name director Luca Guadagnino, starring Dakota Johnson as ingenue Susie and Tilda Swinton as the evil Madame Blanc. I really cannot wait.

During the reign of Queen Anne in the early 18th century, two women scheme to oust each other as court favorites. Sarah Churchill (Rachel Weisz) has a great relationship with the Queen—until Sarah’s cousin, Abigail Masham (Emma Stone), arrives at the palace. I am greatly looking forward to seeing Stone and Weisz hurl witty and fancy insults at each other.

11. If Beale Street Could Talk

If Beale Street Could Talk is based on the eponymous 1974 novel by James Baldwin and directed by Moonlight’s Barry Jenkins. Set in Harlem in the ’70s, the film follows Tish (KiKi Layne) and Fonny (Stephan James), a young couple who fall apart when Fonny is set up for a rape he didn’t commit just as Tish finds out she is pregnant. Two predictions: There won’t be a dry eye in the house and there will be many Oscar nominations.