BitchWatch19 TV Shows You Must Watch This Summer 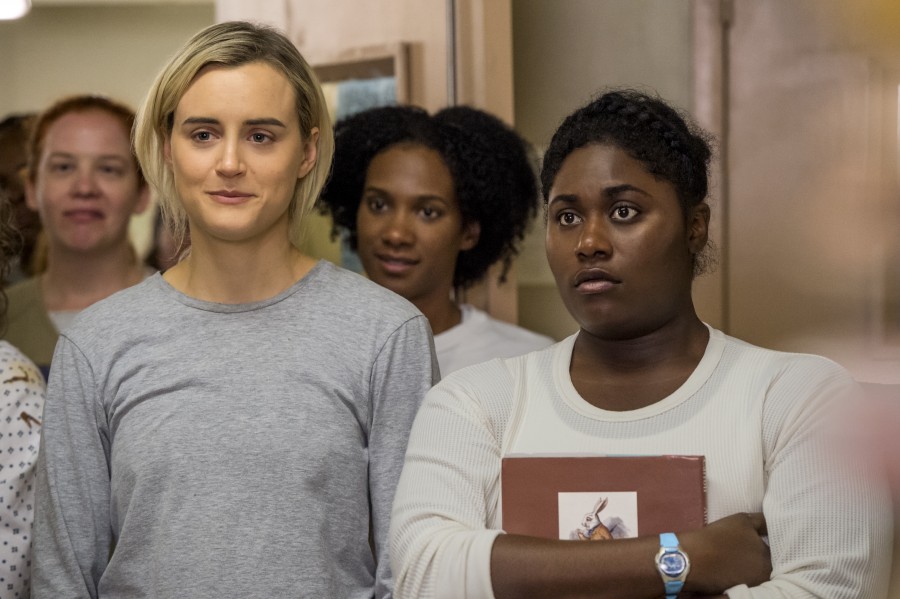 We’re in the “peak TV” era, according to FX’s CEO John Landgraf. In 2016 alone, 455 scripted television series aired on broadcast, cable, and streaming platforms, making it literally impossible to keep up with them all. There just aren’t enough hours to watch everything TV has to offer, but summer’s the perfect time to binge-watch old shows and find a few new ones. For those who want to spend their summer nights in front of the tube, here’s a handy guide that cuts through the static to illuminate TV’s best offerings.

The Catholic Church has long been plagued by sexual abuse allegations and accused of protecting predator priests at the expense of victims. That’s the accusation at the center of The Keepers, Netflix’s newest documentary series. The Keepers follows former students from Archbishop Keough High School in Baltimore who are attempting to solve the murder of their high school teacher, Sister Cathy Cesnik. They believe that Father A. Joseph Maskell, a chaplain at the school, killed Cesnik after she discovered that he was sexually abusing students, and this documentary aims to prove it.

You’ll love The Keepers if you were invested in How to Make a Murderer.

House of Cards is too real. The fifth season mirrors the chaos of our current political moment by focusing on Frank Underwood’s (Kevin Spacey) refusal to concede the presidency to his rival, Will Conway (Joel Kinnaman). Frank goes to extremely dangerous lengths to remain in power, a ploy that echoes 45’s alleged collusion and the Republican Party’s complacency. His consistent manipulation of the American electorate is far too close for comfort, which makes House of Cards must-watch TV.

The Carmichael Show is an underrated sitcom, though it shouldn’t be. NBC’s sleeper hit follows Jerrod Carmichael’s fictional family as they deal with an array of contemporary issues, including Bill Cosby allegedly raping more than 40 women, police brutality, consent and sexual assault, gentrification, birth control, and mass incarceration. In typical sitcom format, each issue is resolved neatly in 30 minutes, which doesn’t mirror real life, but the conversations between Jerrod and his family make up for the surrealism.

If you watched and loved My Wife & Kids, you’ll definitely enjoy The Carmichael Show.

The third season of Fear the Walking Dead starts with a bang: Travis (Cliff Curtis) dies. He’s one of the show’s most beloved characters, which might be a sign of what’s to come this season. It seems that The Walking Dead’s spinoff is planning to take more risks, which is definitely a good thing for ratings, but terrible for fans who are attached to certain characters.

The comedy world is fascinating, but seldom explored. I’m Dying Up Here is a drama about the 1970s, the decade when comedians moved in droves to Los Angeles to elevate their careers. It’s an adaptation of William Knoedelseder’s eponymous 2009 book, which explored the real careers of comics like Richard Pryor and Jim Carrey, but uses fictional characters instead. It’s about emerging comedians vying for top billing at Goldie’s, a fictional club run by Goldie Herschlag (Melissa Leo). It’s funny, but also surprisingly dark.

Daytime Divas is based on Star Jones’s novel Satan’s Sisters, which is a satirical look at her time as a host on The View. The series’ setup is super familiar: It follows five female cohosts on a popular morning program as they fight over topics, men, and a whole host of other juicy issues.

The Wire is the greatest TV show ever, but USA’s Queen of the South is vying to be as intricate as its HBO predecessor. Based on the bestselling novel, La Reina del Sur, Queen of the South centers around Teresa Mendoza (Alicia Braga), a normal woman who becomes a drug kingpin after her boyfriend is murdered. Queen of the South has nonstop action and unpredictable plotlines that keep viewers engaged.

Watch The Wire. Then, watch Queen of the South.

The women of Litchfield are back, and more embroiled in prison politics than ever. The fifth season picks up directly where the fourth season left off. After Poussey (Samira Wiley) is killed by a police officer, the prison erupts and rioting begins. Netflix is keeping the majority of the season’s details under wraps, but if the show continues to focus on its queer characters and characters of color, it will be as enlightening as previous seasons.

Couple Orange is the New Black with Oz, which is celebrating its 20th anniversary. You won’t regret it.

Wynonna Earp is a supernatural Western, a genre that’s populated with horrible movies, such as Cowboys vs. Aliens. This show breaks the mold by focusing on a layered and nuanced female character. Wynonna (Melanie Scrofano) is the great-great-granddaughter of legendary gunslinger Wyatt Earp, but she’s not battling drunkards at saloons. Instead, Wynonna is using her great-great-grandfather’s revolver, nicknamed “Peacemaker,” to ward off demons, ghosts, ghouls, and the gamut of other paranormal creatures in her town. There’s even a queer romance between the sheriff’s deputy Nicole Haught (Katherine Barrell) and Wynonna’s sister, Waverly (Dominique Provost-Chalkley).

If you enjoyed Being Human, Wynonna Earp should be in your queue.

Claws is an ensemble comedy about five nail techs who begin laundering money for a pain clinic. The premise is quite basic, but the series stands out because it’s full of women of color characters, including Desna Simms (Niecy Nash), Quiet Ann (Judy Reyes), and Virginia (Karrueche Tran), and it’s funny as hell.

Claws is reminiscent of other ensemble TV shows, like Girlfriends, but with more crime and hijinks.

Female wrestlers are having a moment: They’re participating in WWE’s Hell in a Cell matches, headlining pay-per-view events, and accruing popularity on TV shows such as Total Divas. Netflix’s latest series, Glow, connects this modern moment to the 1980s. The fictional drama follows female wrestlers in the Gorgeous Ladies of Wrestling a.k.a. GLOW circuit. It’s only 10 episodes, but if their other series, including Unbreakable Kimmy Schmidt and Chewing Gum, are any indication, Netflix can do a lot with a little.

If the Undertaker’s retirement unsettled you, Glow may help you lick those wounds.

Younger is all about the impact of ageism and sexism on women. It follows Liza Miller (Sutton Foster), a 40-year-old recently divorced mother, who says that she’s 26 to get a job as an assistant at a book publishing company. When she begins making friends and dating a new guy, Liza has to decide whether or not revealing her age will destroy her life. The whole point of the show is that women shouldn’t have to lie about their age to get jobs at all. As her secret begins to unravel, the stakes get higher and higher. Who knows what will happen in season three?

John Singleton is the mastermind behind Boyz n the Hood and Baby Boy, and now he’s set his sights on chronicling the crack cocaine epidemic. Snowfall is set in 1983, at the onset of the political war on drugs, and multiple characters who are various sides of the struggle. Franklin Saint (Damson Idris) is a drug dealer gaining his footing in the game; Gustavo “El Oso” Zapata (Sergio Peris-Mencheta) is a Mexican wrestler being pressured by his crime family; Teddy McDonald (Carter Hudson) is a CIA operative; and Lucia Villanueva (Emily Rios) is the daughter of a Mexican crime lord. In every way, Snowfall appears to be must-watch television.

The seventh season of Game of Thrones will be its fieriest—literally. Cocreator David Benioff told Entertainment Weekly that the new season includes the most people set on fire in any singular scene. What does this actually mean though? That remains unclear. All we know is winter is coming, and we’re ready.

Insecure’s first season ended heartbreakingly for the show’s fans: Lawrence (Jay R. Ellis) cheated on Issa (Issa Rae) with Tasha the bank teller. It was the culmination of Lawrence and Issa’s rocky relationship, which has been marked by unemployment, previous cheating, and complacency on both parts. The second season will continue to explore their romance as well as other common issues for people in their late 20s.

There’s a plethora of movies and TV shows about exorcisms, but it’s unclear if The Sinners is one of them. The limited mini-series is about Cora (Jessica Biel), a mother who confesses to an act of violence that’s “out of character” for her. Detective Harry Ambrose (Bill Pullman) is on a mission to figure out what prompted Cora to act violently, and if, possibly, the motivation is supernatural.

You’ll enjoy The Sinner if exorcism movies and TV shows appeal to you.

Princess Diana died 20 years ago. To celebrate her life and explore her untimely death, ABC is airing a two night documentary. The Story of Diana will include archival footage, interviews with those who knew the Princess of Wales best, and in-depth reporting. Princess Di was an icon, and this documentary will hopefully reveal the details of her life in a new way for new audiences.

With the exception of Iron Fist, Marvel’s Netflix universe has shaped up well. There’s Luke Cage (Mike Colter), a Harlemite tackling gentrification; Jessica Jones (Krysten Ritter), a private detective who’s navigating the lingering impact of sexual assault; and Daredevil (Charlie Cox), a lawyer moonlighting as a masked vigilante to save his Hell’s Kitchen neighborhood. The Defenders unites these superheroes with Danny Rand (Finn Jones), a white boy who knows kung fu, to fight The Hand.

The Defenders are dope, especially for those who love superhero movies and TV shows.

Broad City is finally returning for its fourth season after more than a year hiatus. The series follows Abbi (Abbi Jacobson) and Ilana (Ilana Glazer), two girls humorously navigating New York City. Their dry humor, obsession with marijuana, and sex adventures has attracted a core following that’s sure to grow this season. It’s time to ditch Hulu reruns, and get back to the real thing!