BitchWatch: 15 Bitch Approved TV Shows You Should Watch This Summer 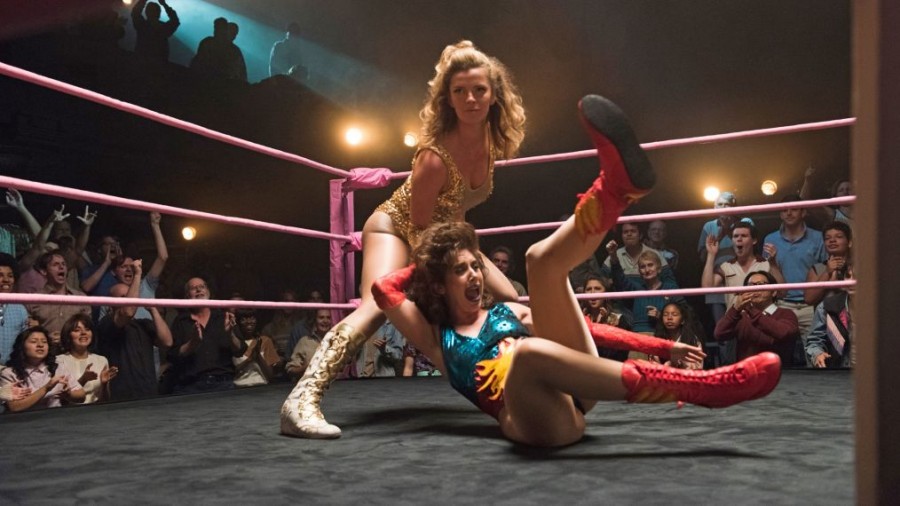 Most big television series premiere in the fall, so I always think of new shows as part of back-to-school season. But as streaming services change the way television works, prestige TV shows are now dropping all year long. That means this summer’s packed with fascinating documentaries, Stephen King thrillers, dark comedies about feminist cabals, and the gorgeous ladies of wrestling. Your summer TV preview is here.

It’s Valentine’s Day in 1900 and the girls of Appleyard College, an Australian girls’ boarding school, are having a picnic at Hanging Rock. But after a day of frolicking, three students and a teacher don’t come back. The trippy and mysterious Picnic at Hanging Rock is based on the 1967 novel of the same name, as well as a 1975 film. The series stars Natalie Dormer (the best Anne Boleyn in Showtime’s The Tudors and Margaery Tyrell from HBO’s Game of Thrones) as Appleyard College’s headmistress, Mrs. Appleyard, and Yael Stone (Orange Is The New Black) as a religious studies teacher.

When does Ryan Murphy sleep? After showrunning Glee, American Horror Story, and other acclaimed TV shows, Murphy has a new show up his sleeve. Pose is set in 1980s New York City and follows the collisions of the city’s rich and powerful and downtown ball culture. The series is set to star more trans actors than any show in American television history—and Janet Mock is even producing it.

Dietland, based on Sarai Walker’s bestselling 2016 novel, follows Plum (Joy Nash), a ghostwriting advice columnist at a popular magazine. After years of dieting, Plum decides to have weight-loss surgery, but then her plans are thwarted when she’s recruited by a feminist collective known as Calliope House. As Plum comes to terms with society’s disdain for women’s bodies, she gets caught up in a guerrilla group that’s carrying out violent attacks against men who’ve hurt women. Walker says she set out to write the “female version” of Fight Club with Dietland—sounds good to me!

Younger’s fifth season kicks off with a big bang—Liza’s (Sutton Foster) secret is out! The 40-something divorced mom was pretending to be a 26-year-old millennial to get her foot in the door of the publishing industry, but what’s going to happen to her career and relationships now that the cat’s out of the bag?

Inspired by the childhood of Kyle Richards (The Real Housewives of Beverly Hills), American Woman stars Alicia Silverstone as Bonnie, a single mother trying to raise her daughters in the glamorous ’70s. Kyle spent her youth as a child star, so she’s consistently one of the most dramatic and stubborn housewives. I can’t wait to watch this fictionalized version of her life.

From the wild world of the Wachowskis (The Matrix), Sense8 follows a group of eight strangers who discover that they are psychically connected; they’re all “sensates,” humans who are mentally and emotionally linked and can communicate with each other telepathically. Netflix canceled the series after its second season, but thanks to fan demand, a two-hour series finale is airing this summer.

Maybe you’ve already seen The Staircase—but you haven’t seen how it ends. The Staircase, originally broadcast in 2004, examines the trial of Michael Peterson, a novelist accused of killing his wife Kathleen in their home in 2001. This summer, Netflix is releasing the original 11-episode series and adding three new episodes that will close the case for good. If you love true crime, The Staircase is definitely for you.

The Bold Type is centered around three friends—Jane (Katie Stevens), Kat (Aisha Dee), and Sutton (Meghann Fahy)—who work at Scarlet magazine. Our heroines live their fabulous New York City lives while finding their true selves and purpose. The first season ended with Jane leaving Scarlet, Kat embarking on a global adventure with her girlfriend, and Sutton finally getting a promotion. What fun does the Bold Type trio have in store for us this summer?

I love GLOW so much. Set in 1985 Los Angeles, the Netflix series follows young wouldbe actresses who stumble on “acting roles” as television wrestlers. Last season, Ruth “Zoya the Destroya” Wilder (Alison Brie) worked overtime to learn how to wrestle and make up with her best friend, Debbie “Liberty Belle” Eagan (Betty Gilpin), after she’s caught sleeping with Debbie’s husband. This season, I want to see all the ladies soar to WrestleMania heights.

Based on Gillian Flynn’s (Gone Girl) 2006 debut novel, Sharp Objects takes us to Wind Gap, Missouri, where two young girls have been murdered. When crime reporter Camille Preaker (Amy Adams) returns to her hometown to investigate the murders, living in her childhood home with her mother, Adora (Patricia Clarkson), forces her to confront all kinds of personal demons.

Castle Rock is a psychological horror series based on the work of Stephen King. André Holland (Moonlight) stars as Henry Deaver, a death-row attorney who hasn’t returned to his sinister hometown in years. The series also features Melanie Lynskey, Sissy Spacek, and Bill Skarsgård (It from It!) as “the Kid,” a feral inmate discovered in a cage beneath Shawshank State Penitentiary! Can’t wait for this one.

Trayvon Martin’s parents, Sybrina Fulton and Tracy Martin, produced this six-episode documentary series alongside Jay-Z. Rest in Power starts with Martin’s horrific 2012 murder   and then expands to show how his story turned thousands of people into activists and put the corruption of our criminal justice system on display. This is sure to be powerful and devastating must-see TV.

Making It - Get Ready to Get Crafty with Making It (Promo)

Making It is a six-episode craft competition reality show hosted by Amy Poehler and Nick Offerman, and no, I’m not joking. Poehler and Offerman had such fun chemistry as co-workers in Parks and Recreation—I’m really curious to see what their dynamic is like when they’re unscripted.

She’s back! At the end of the second season, Issa (Issa Rae), Molly (Yvonne Orji), and Lawrence (Jay Ellis) all made major decisions about their lives: Lawrence is moving on from Issa for good; Molly is giving Dro a chance; and Issa has moved in with Daniel. As season three starts in another Los Angeles summer, will each character move into better futures—or stay stuck in the past? Rae has been nominated for two Golden Globes Awards for her performance in Insecure; she better win this year.

“Buffy the Vampire Slayer” Taught the Value of Female Aggression