BitchWatch: 20 Bitch Approved Movies You Should Watch This Summer 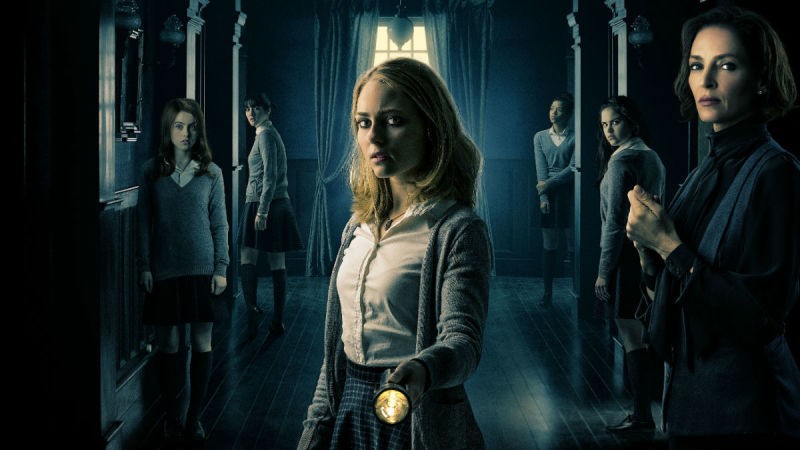 When summer hits, you can find me in one of two places: Sitting by the pool reading a book or watching a movie in a cool dark theater. And that moment when you walk out of the theatre into the warm nighttime summer air, talking about the movie you just saw, wondering if you should go get ice cream next—it’s the best! Going to a summertime movie is also the best date—whether with a partner or a BFF. But summer is also the time when blockbuster movies come out, and picking the tasty wheat from the chaff can be hard. These 20 movies are sure to make you swoon all summer long.

1. How To Talk To Girls At Parties

How To Talk To Girls At Parties | Official Trailer HD | A24

Based on a 2006 short story by Neil Gaiman, How to Talk to Girls at Parties is a mashup of worlds: sci-fi meets rom-com meets 1970s London. Even wilder, it’s directed by John Cameron Mitchell, writer of Hedwig and the Angry Inch. Fed up with suburbia and inspired by the Sex Pistols, Enn (Alex Sharp) wants to be a punk. All the cool kids are going to Queen Boadicea’s (Nicole Kidman) party, so he crashes it and meets the girl of his dreams: Zan (Elle Fanning). Except Zan turns out to be an alien and the two have to team up to save her from intergalactic peril.

WON'T YOU BE MY NEIGHBOR? - Official Trailer [HD] - In Select Theaters June 8

From February 1968 to August 2001, Fred Rogers spread love to children through Mister Rogers’ Neighborhood. Through his gentle approach, Mister Rogers helped generations of kids feel accepted and valued. This documentary sheds light on how Rogers’s life and guiding philosophy had such an incredible impact on so many young people. I’m not crying; you’re crying!

You might not join a band with your dad, but I bet you’d join a band with Nick Offerman. Mr. Megan Mullally play Frank, a record-store owner who wants to connect with his daughter, Sam (Kiersey Clemons), before she leaves for college. They both love music, so why shouldn’t they create a daughter-father band?

Picture this: Jodie Foster runs Hotel Artemis, a secret hospital for criminals in Los Angeles. Sterling K. Brown, Jeff Goldblum, Zachary Quinto, and Jenny Slate are there too. Do you need to know more?

We have literally been waiting for this movie for years. Debbie Ocean (Sandra Bullock) wants to pull of the heist of the century, just like her scheming brother, Danny Ocean, so she’s cooked up an ingenious plan to rob New York City’s star-studded Met Gala. But first she needs the right crew: Amita (Mindy Kaling), Tammy (Sarah Paulson), Lou (Cate Blanchett), Constance (Awkwafina), Nine Ball (Rihanna), and Rose (Helena Bonham Carter). Crime! Fashion! Rihanna! This is the perfect summer movie.

Summer doesn’t seem the like the right season for horror movies, but it is. Horror films are as popular as ever, so it makes sense to stack them during the hottest time of the year. Hereditary looks so good. After her mother’s death, Annie (Toni Collette) must unravel terrifying family secrets to understand the legacy she’s inherited.

Where does our meat come from? Eating Animals, based on Jonathan Safran Foer’s 2009 memoir of the same name, aims to answer that question. The 94-minute documentary examines the impact of moving from traditional farm communities to farming complexes that mass produce produce, fruits, and vegetables. Eating Animals is narrated by Natalie Portman.

8. Under The Silver Lake

Under the Silver Lake | Official Trailer HD | A24

David Robert Mitchell directed 2014’s It Follows, one of my favorite horror movies, so I’m very excited about his take on Los Angeles noir. Under the Silver Lake has Sam (Andrew Garfield) getting embroiled in a sinister conspiracy when he tries to solve the mysterious disappearance of his beautiful neighbor Sarah (Riley Keough).

Samuel Alabaster (Robert Pattinson) is a Wild West pioneer setting out across the open frontier to marry the love of his life, Penelope (Mia Wasikowska). But it’s the 1870s, so things don’t go according to plan. Who said Penelope was a damsel, anyway?

From the director of The Last King of Scotland (2006) comes a new look at the life and legacy of Whitney Houston. Whitney’s crew got access to close friends and family of the legendary singer, revealing the struggles she faced and the mountains she climbed.

SORRY TO BOTHER YOU | Official Trailer

All I needed to know was the name of the two leads: Atlanta’s Lakeith Stanfield and Westworld’s Tessa Thompson! Written by Oakland rapper Boots Riley, Sorry to Bother You is set in an alternate-version of the Bay, where telemarketer Cassius Green (Stanfield) discovers a fantastical and macabre universe.

In comedian Bo Burnham’s debut as writer/director, Kayla (Elsie Fisher) is on a mission: She just has to survive the last miserable week of eighth grade. You got this, Kayla!

Not only is the old gang back, but this time they’ve got Cher. The sequel to 2008’s Mamma Mia is set ten years later, where Sophie (Amanda Seyfried) is pregnant with her first child. Living on the same Greek island where her mother was once pregnant with her, Sophie yearns for guidance—and of course she’ll find it in the form of song.

After her great 2012 documentary The Queen of Versailles, director Lauren Greenfield is capturing the lives of the obscenely wealthy again. In Generation Wealth, she turns her lens to the pathologies that have created the richest society the world has ever known.

Speaking of It Follows, I’ve been waiting to see more of the film’s lead, Maika Monroe! Hot Summer Nights is also the third (I think?) entry in the Timothée-Chalamet-Coming-Of-Age dramedy series. Hot Summer Nights has got it all.

In a dystopian America, a plague has killed almost all children. The ones who are left have special abilities. With a group of other teens, Ruby (Amandla Stenberg) escapes from a government internment camp. On the run, the group decides to form a rebellion and take revenge against those who want them wiped out.

I really, really want this to be good. Based on a true story, director Spike Lee goes inside a Black police officer’s successful infiltration of the Ku Klux Klan in the 1970s. John David Washington stars as Ron Stallworth, who speaks with KKK leader David Duke (Topher Grace) on the phone to establish a relationship, but recruits a white police officer (Adam Driver) to pretend to be Stallworth in person. The last moments of the trailer are a great rebuke to Trump.

The Crazy Rich Asians series are a huge bestseller—so of course a blockbuster movie was next. Based on the novel by Kevin Kwan, Crazy Rich Asians follows Chinese American economics professor Rachel Chu (Constance Wu) as she realizes that her boyfriend Nick (Henry Golding) comes from a very wealthy, fancy, and strict Singapore family—and he’s basically the country’s most eligible and sought-after bachelor. Wu always lights up the screen, so I’m there just to see her.

Based on Meg Wolitzer’s 2003 novel of the same name, The Wife stars Glenn Close as Joan, who is traveling to Stockholm with her husband, where he will receive the Nobel Prize for Literature. During what should be a joyous time, Joan finds herself questioning her own life choices.

I’m sorry, did you say this was a movie about a boarding school for wayward girls? With Uma Thurman as a mysterious headmistress? Based on Lois Duncan’s 1974 novel? Omfg.

After too many temper tantrums, Kit Gordy (AnnaSophia Robb) is sent to the Blackwood Boarding School, where she’s surprised to find she’s one of only four students. While exploring, Kit and her classmates discover (of course!) that there’s a terrible secret buried deep in Blackwood.

In “Palm Springs,” Consent Is a Murky Line

In “Late Night,” Comedy’s Whiteness Is a Backdrop for a Love Story