BitchWatch: The Most-Anticipated Movies of 2018 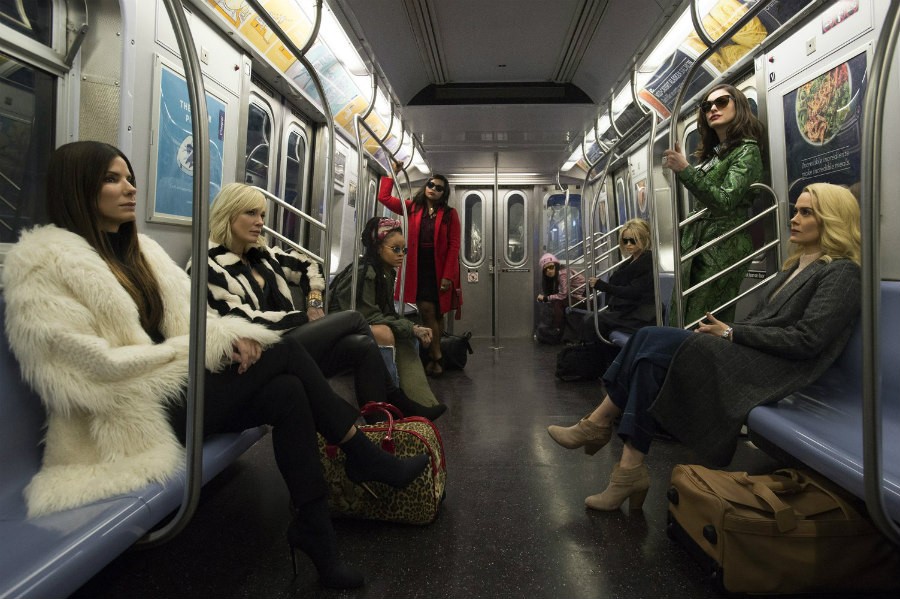 We’re nearing the end of cinema as we’ve known it. While the movie business will continue to boom, new releases will soon make their way into our homes, cutting out the middle man of theaters and streaming directly to our TV screens—for a steep price of between $30 and $50. In the meantime, those with the financial means to see movies at the theater will continue doing so with buttery popcorn, an ICEE, and nachos in tow.

For those who enjoy the theater experience, Bitch is offering 20 titles that will put butts in seats over the next 12 months. Some of these are dramas while others are thrillers and comedies, but each of them is worth the price of a ticket.

These are our most-anticipated movies of 2018.

Taraji P. Henson was born to star in a Blaxploitation-esque film. Between her penchant for blunt characters who demand respect and her love for fur coats, Henson draws a direct parallel to Blaxploitation icon Pam Grier. In Proud Mary, Henson makes that lineage more obvious by playing Mary Goodwin, a lethal hitwoman working for a crime family in Boston. Goodwin’s plans to retire are derailed when her last mission goes tragically awry.

The Post has already scored six Golden Globe nominations and garnered critical buzz, thanks in part to the heavyweights behind the project. Tom Hanks and Meryl Streep star as Ben Bradlee and Kay Graham, respectively, while Steven Spielberg is the film’s producer and director. The Post sounds like a surefire Oscar winner, and in every way, it deserves to be. The drama follows Graham, America’s first female newspaper publisher, and Bradlee, a prominent Washington Post editor, as they go toe-to-toe with the federal government to publish the Pentagon Papers. If you’re a fan of All the President’s Men, you’ll definitely enjoy The Post.

Unfortunately, it’s still rare to see characters with disabilities onscreen. In 2015, only 2.4 percent of named characters in the top 100 movies had visible disabilities. Please Stand By is one of the few movies that includes a character with autism, and allows that character to guide the plot. In this film, Dakota Fanning (an actress without a disability) plays Wendy, an autistic woman who decides to flee from her caretaker so she can travel to Hollywood and enter her Star Trek script into a writing competition.

By far, the Ryan Coogler-directed Black Panther is the most-anticipated movie of 2018. With an elite cast that includes Angela Bassett, Lupita Nyong’o, Danai Gurira, Michael B. Jordan, and Chadwick Boseman, Black Panther is sure to live up to every single expectation. Black Panther takes place after Captain America: Civil War when T’Challa (Boseman) returns to Wakanda, an isolationist country that hasn’t been impacted by colonialism or enslavement. When a deadly adversary arises, T’Challa will have to go to war—with the entire world’s survival at stake.

Scientific thrillers make for some of the best movies, and hopefully, Annihilation will be a worthy inclusion in that canon. In the forthcoming film, Natalie Portman stars as Lena, a biologist who is sent to explore an environmentally hazardous area, after her husband, played by Oscar Isaac, is gravely wounded by a mysterious force. Annihilation is based on a 2014 novel, so the book is available if you want to learn more about the plot.

6. A Wrinkle In Time

Ava Duvernay is directing the adaptation of A Wrinkle In Time, and the fantastical drama stars Storm Reid, Oprah Winfrey, Mindy Kaling, Gugu Mbatha-Raw, and Reese Witherspoon. What else does a single movie need to break box-office records and put scores of girls of color in theater seats? For those who’ve never read the book, A Wrinkle In Time follows Meg Murry (Reid) as she goes on a voyage to rescue her father from a distant planet that requires her to cross dimensions. It’s one of literature’s coolest sci-fi trips, and will surely be a visual masterpiece.

Love, Simon is a classic coming-of-age film—except the movie’s protagonist is a gay teenager who’s convinced that telling his family and friends will lead to certain doom. Simon Spier (Nick Robinson) has usual teenage angst, but when he falls for Blue, an anonymous online pal, he has to race against the clock to both get ahold of the situation and figure out who he can trust with his deepest secret. Love, Simon is based on Becky Albertalli’s novel Simon vs. the Homo Sapiens Agenda, and best of all, she’s already written a sequel that’s being released in 2018 that also deals directly with teenagers navigating their sexuality.

The Rider premiered at the Cannes Film Festival and won the Art Cinema Award, thanks to the brilliant vision of director Chloé Zhao. The Rider is the Beijing-born filmmaker’s second feature film, and grapples with masculinity among cowboys in the western United States. After enduring devastating head trauma, Brady Blackburn (Brady Jandreau) is on a quest to figure out who he is and how he can form a new identity.

When Disobedience premiered at the Toronto International Film Festival in September, a six-minute sex scene between Ronit (Rachel Weisz) and Esti (Rachel McAdams) captured the bulk of the attention, but the movie itself is also worth paying attention to. Disobedience follows Ronit and Esti, two childhood friends growing up Orthodox Jewish in London. When Ronit returns to their community after her prominent father dies, she rekindles her friendship—and sexual relationship—with Esti. Disobedience is a movie about the secrets we hold close, and how we can move past fear to embrace our true selves. 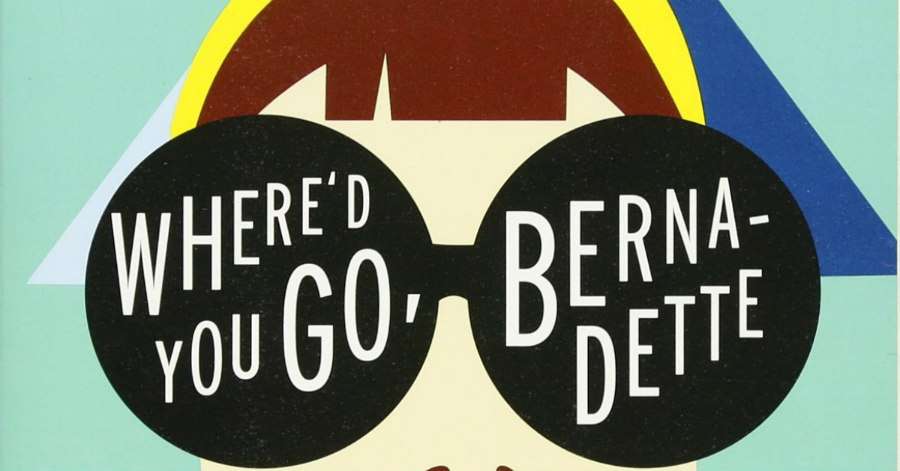 Where’d You Go, Bernadette is an adaptation of the eponymous 2012 novel, which is all about a girl figuring out how she can save her Agoraphobic mother who’s suddenly disappeared. Bernadette Blanch (Cate Blanchett) is a famous architect and a MacArthur “Genius” Grant recipient, but now she rarely, if ever, leaves the house. When she disappears, her 15-year-old daughter searches for her everywhere from a former private school to Anarctica.

We’re finally getting an all-female Ocean’s Eight reboot. Thank goddess that Sandra Bullock, Cate Blanchett, Anne Hathaway, Mindy Kaling, Sarah Paulson, Rihanna, Helena Bonham Carter, and Awkwafina were all available to participate. In the Ocean’s Eight reboot, Debbie Ocean (Bullock), estranged sister of Danny Ocean, decides to pull off a heist during the annual Met Gala, a star-studded event with some of the world’s wealthiest celebrities. We’re in for a wild ride.

It has been nine years since audiences were transported to the gorgeous Greek island Kalokairi as Sophie Sheridan (Amanda Seyfried) thatches a plot to get her free-spirited mother, Donna Sheridan (Meryl Streep), to tell her who her father is. In 2018, we’re going back to musical heaven, and this time, Sophie is pregnant and wondering how she will manage without the guiding hand of her mother. Is it July yet?

Three words: It’s about time. Crazy Rich Asians is the first in a trilogy of hilarious novels about the Youngs, a wealthy Singaporean family with more-than-enough drama to go around and a penchant for hysterics. In the forthcoming adaptation, Constance Wu will star as Rachel Chu, a Chinese American professor who’s fallen hopelessly in love with Nick Young (Henry Golding)—though she has no idea that her new fianceé is incredibly wealthy. Delectable drama unfolds when Young brings Chu to Singapore for the first time. If the movie is 25 percent as good as the book, audiences are in for a real treat. 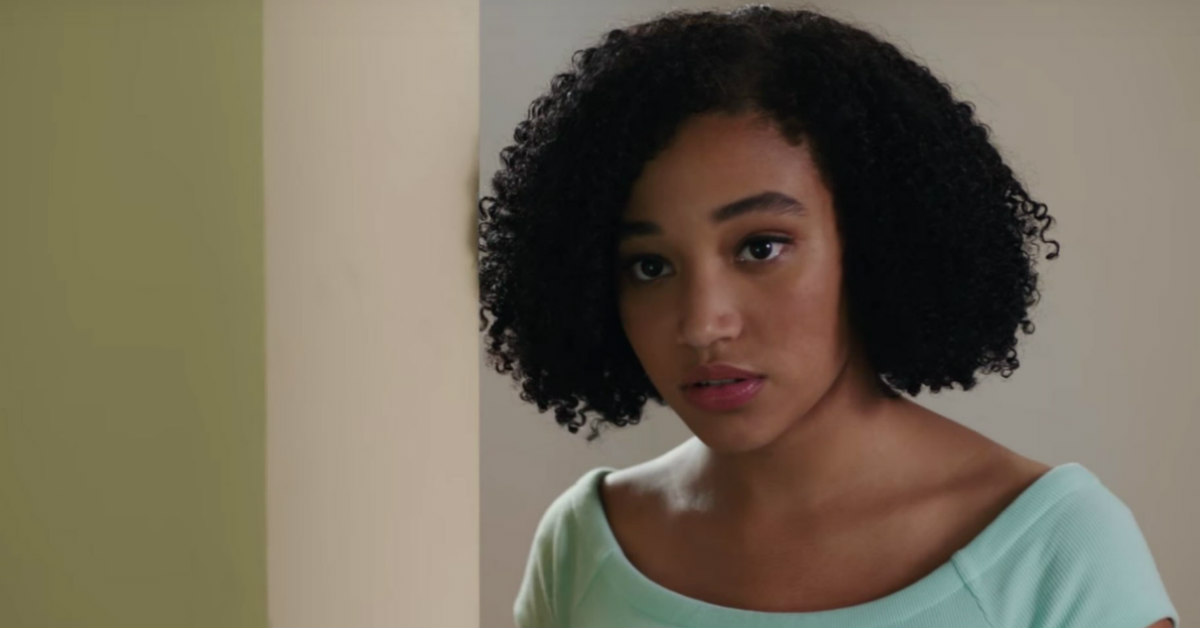 Amandla Stenberg in Everything, Everything (Photo credit: Warner Bros. Pictures/YouTube)

Amandla Stenberg is on a role. She’s starred in Everything, Everything, signed on to star in The Hate U Give, and is playing Ruby, the titular character in the forthcoming sci-fi film The Darkest Minds. Ruby survived an outbreak that killed most of America’s children, but she also inherited powers that she has no control over. When her parents discover that she’s equipped with these unexplainable abilities, they send her to Thurmond, a government-run “rehabilitation camp,” and she eventually escapes. What happens next is the crux of this thriller, which will surely make waves at the box-office. 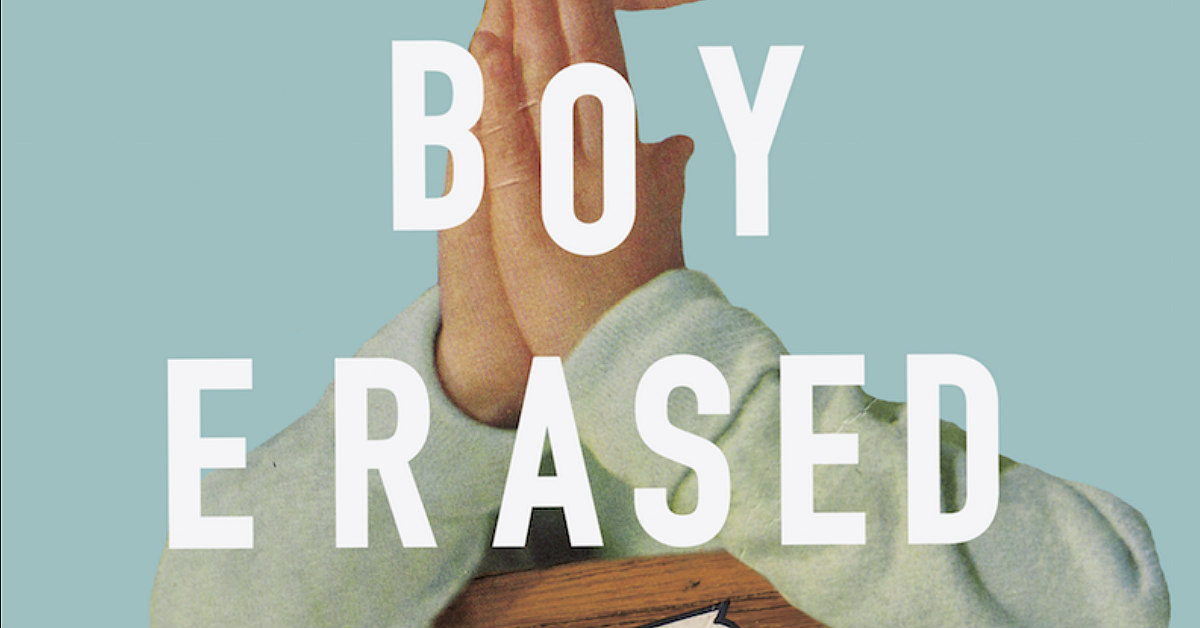 What’s unique about Boy Erased is that it’s based on Garrard Conley’s 2016 memoir of the same name. It was heartbreaking to read about the trauma Conley endured as the son of a Baptist pastor who’s outed as gay and forced to attend a gay conversion therapy program, and it will be equally-as-heartbreaking to see this story brought to the silver screen. The forthcoming film stars Lucas Hedges as Conley; Russell Crowe as Conley’s father Marshall; and Nicole Kidman as Conley’s mother Nancy.

16. Can You Ever Forgive Me 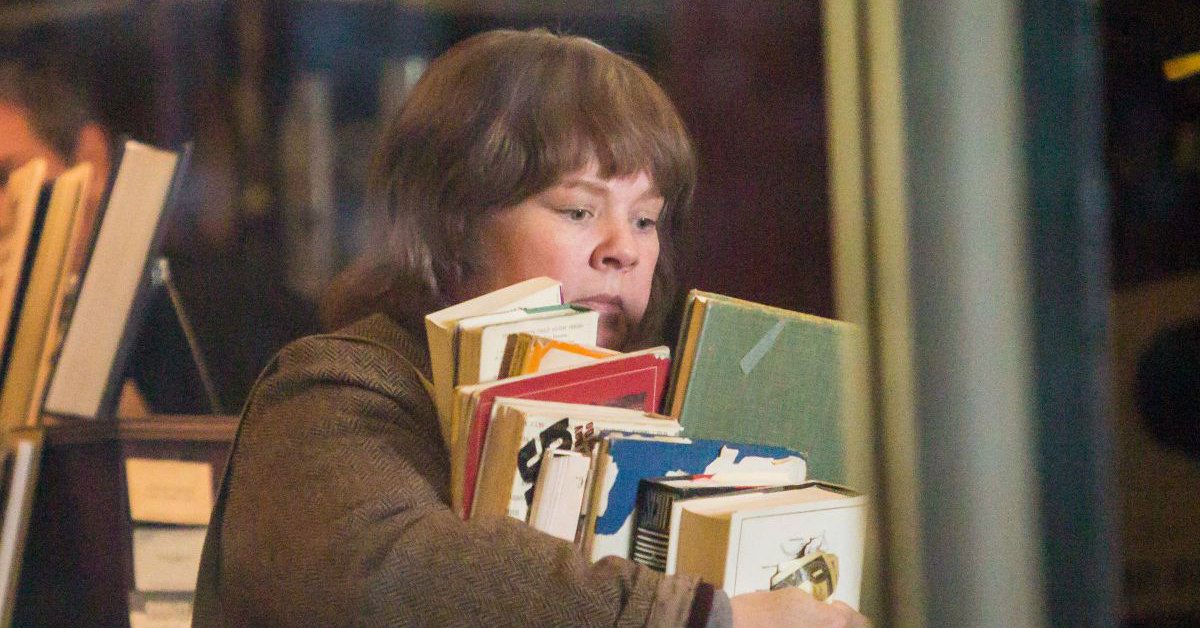 Melissa McCarthy as Lee Israel in Can You Ever Forgive Me (Photo credit: Fox Searchlight Pictures)

Can You Ever Forgive Me is based on the rise-and-fall of Lee Israel (Melissa McCarthy), a successful writer who made her career by profiling celebrities, including Katharine Hepburn and Tallulah Bankhead. When the publishing industry changes, leaving Israel in the dust, she decides to commit forgery by selling letters that were allegedly written by famous playwrights, actors, and writers who’ve died. Can You Ever Forgive Me is McCarthy’s pivot from comedy toward drama. 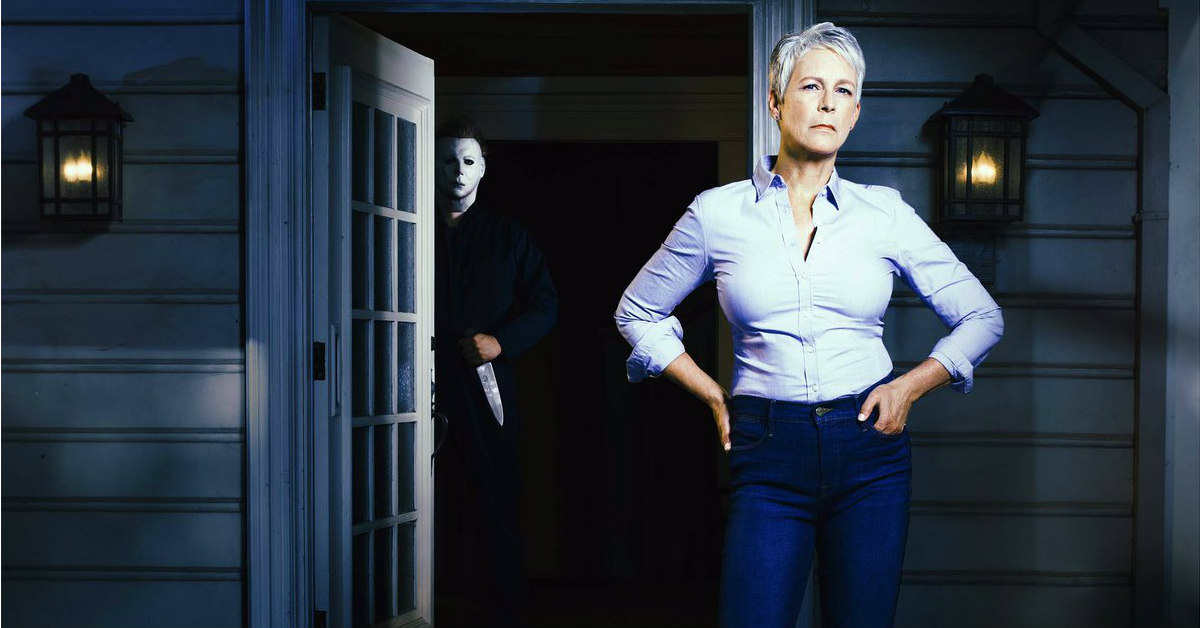 In order to watch this new iteration of Halloween, audiences will have to pretend 2002’s Halloween Resurrection never happened. At the beginning of that movie, Michael Myers finally killed his sister Laurie Strode (Jamie Lee Curtis) after tracking her down in a psychiatric facility. Well, in some miraculous feat, Strode is still alive and will return to Haddonfield, Illinois on October 19, 2018 to take on her sadistic brother for the final time. 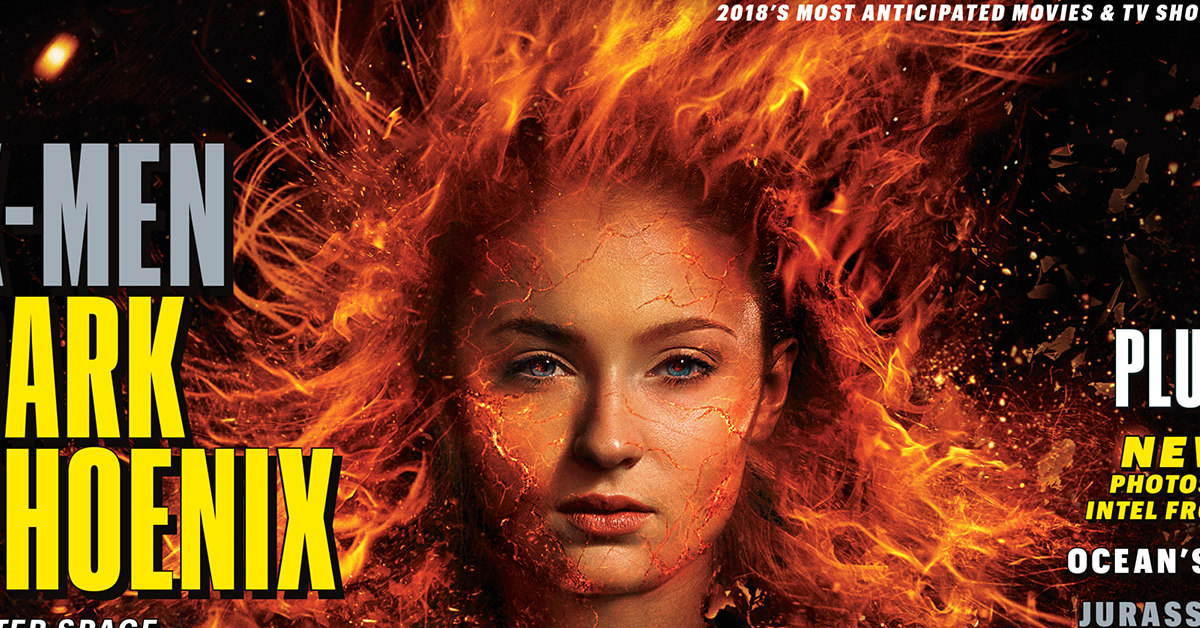 X-Men: Dark Phoenix is set approximately a decade after the ending of X-Men: Apocalypse, and follows, for the first time, Jean Grey (Sophie Turner). After Professor X (James McAvoy) begins encouraging mutants to take a public stance as superheroes, Grey is compromised by an alien shapeshifter that wants to completely take over her body.

Bohemian Rhapsody is a forthcoming biographical film about the 15 years between the time Queen was formed in 1970 and Freddie Mercury (Rami Malek) performed at Live Aid in 1985. Malek transformed into Mercury for the role, and it will surely have Oscar buzz when it’s released.

Fifty-four years after the original Mary Poppins film was released, we’re finally being treated to a sequel. This time, Emily Blunt will take on the whimsical character who returns to the Banks family to help Michael (Ben Wishaw) and his three children, Annabel (Pixie Davies), John (Nathanael Saleh), and Georgie (Joel Dawson) overcome a personal tragedy. The sequel also includes Lin-Manuel Miranda as Jack, a lamplighter, and hopefully, the orchestrator of the film’s soundtrack.

Relevant: BitchReads: The 30 Most Anticipated Nonfiction Books of 2018 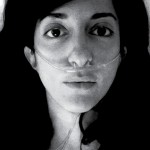 by Evette Dionne
Nonfiction deepens our understanding of the human experience.