BitchWatch: 15 Bitch Approved TV Shows You Should Watch This Winter 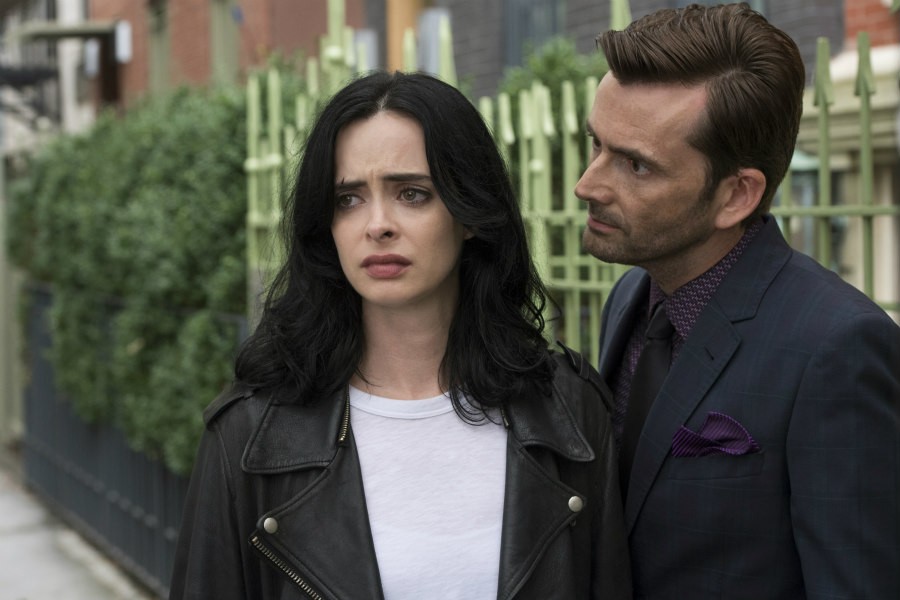 The holidays are officially over, which means one thing: All of our favorite television shows are coming back from their midseason breaks. We’ll get more answers about Annalise Keating (Viola Davis) and her killer group of students when How to Get Away With Murder returns on January 18. Black-ish, Riverdale, The Good Place, and so many other popular shows will also be returning to finish out their seasons.

On top of that, networks are also premiering new shows as well as new seasons of all our favorites. We’re in for several months of quality TV, and in this BitchWatch roundup, we’re sharing some of our favorite new and returning shows—though none of the shows on this list are returning from a mid-season break.

After creating dramas, musicals, and horror anthologies, Ryan Murphy is turning his attention to procedurals. 9-1-1 is a drama that follows first responders in Los Angeles, including police officers, paramedics, and firefighters. Given California’s recent natural disasters, it’s the perfect time for an intimate look at those tasked with responding to emergencies. The FOX series stars Angela Bassett, Aisha Hinds, and Peter Krause, and employs a fast pace that will surely keep viewers engaged.

Over the past four seasons, Black-ish has become one of TV’s best shows. The half-hour sitcom explores how the Johnsons, an affluent Black family residing in Los Angeles, grapple with social issues such as police violence, the n-word, racism, and mass incarceration. Rather than keeping the nuclear family under one roof and never allowing the Johnson kids to grow up, Black-ish creator Kenya Barris sold the spinoff Grown-ish to Freeform. Grown-ish follows Zoey Johnson (Yara Shahidi), the clan’s eldest child, as she ventures off to college and encounters the multiple pitfalls and triumphs that come with being away from her family for the first time.

Gillian Anderson will not be returning for another season of The X-Files, which means that the 11th season of the series might be its last. Given the disappointing arc of the 10th season, it might be time for FOX to close the book on The X-Files—and end the show with a bang. The new season will feature Dana Scully (Anderson) racing to save Fox Mulder’s (David Duchovny) life with the help of William, their son that she gave up for adoption 14 years ago.

Emmy-winner Lena Waithe wants to tell nuanced, humanizing stories about her beloved Chicago. The Chi, a series she produced and wrote for Showtime, follows an ensemble cast of characters as they navigate the South Side of Chicago. Common, Jason Mitchell, Alex Hibbert, and others bond over their shared need for redemption after unexpectedly being brought together.

The CW has created an intricate superhero universe that includes Supergirl, Arrow, the Flash, and the Legends of Tomorrow, and is now expanding with Black Lightning. Salim Akil and Mara Brock Akil are adapting DC’s Black Lightning comics, which is their first project since departing from BET’s Being Mary Jane. In this 13-episode season, Cress Williams stars as Black Lightning, a retired superhero who is forced to return when deadly gang The One Hundred rises and threatens his community.

After the first season of American Crime Story snagged multiple nominations and awards, Ryan Murphy’s anthology is now turning to explore the 1997 murder of fashion designer Gianni Versace (Edgar Ramirez) by serial killer Andrew Cunanan (Darren Criss). While we’re all familiar with the surface details of Versace’s death, American Crime Story goes one layer deeper. The Assassination of Gianni Versace will delve into the days leading up to Versace’s death as well as the eight-day manhunt for his killer through the eyes of the designer, his killer, his sister Donatella Versace (Penelope Cruz), and his boyfriend, Antonio D’Amico (Ricky Martin).

Season 8 of Portlandia will be the sketch comedy’s last season. In the popular series’s final season, Fred Armisen and Carrie Brownstein will tackle major issues, such as workplace sexism and the rise of Donald Trump, with the wit that’s brought the show acclaim and a devoted fanbase.

Grace and Frankie is one of my favorite shows, primarily because it features two older, divorced ladies living their best lives in an enviable beach house while creating sex toys that support the wrists of fellow golden girls. Grace (Jane Fonda) and Frankie (Lily Tomlin) also have incredible onscreen chemistry, and their friendship makes me pine for my own circle of sister-friends. In the forthcoming season, Sol (Sam Waterston) and Robert (Martin Sheen) will hit a rough patch in their marriage that sends them to therapy; Grace re-enters the dating pool and considers a knee-replacement; and Frankie embarks on her usual hijinks.

It has been 25 years since a federal siege in Waco, Texas, killed 76 people, including David Koresh, the leader of the Branch Davidians sect. So get prepared for a barrage of commemorative shows and movies, including this six-episode limited series from Paramount. Waco will follow Koresh, played by Taylor Kitsch, as the sect leader navigates a months-long standoff with federal agents. Seeing as American Crime Story: The People vs. OJ Simpson racked up a multitude of awards, these true crime dramas will continue popping up.

One Day at a Time is back for a second season! The loose reimagining of a mid-1970s show follows Penelope Alvarez (Justina Machado), a single mother, veteran, and nurse, as she raises her two children with the help of her mother, Lydia (Rita Moreno). One Day at a Time offers introspective commentary about how single mothers create villages to support them and their children while also offering hilarious every day adventures that are familiar for all families.

Jessica Williams and Phoebe Robinson are bringing their live comedy show to HBO! After 48 episodes, the dynamic duo is translating 2 Dope Queens for a television audience with four hour-long specials.

UnREAL chronicles the behind-the-scenes shenanigans of Everlasting, a satirical take on The Bachelor franchise. After a lengthy hiatus, the popular drama is back for a third season, and this time, we’re getting a female suitor. Serena (Caitlin FitzGerald) is at the heart of the third season of UnREAL, and she’s surrounded by hot guys who are willing to cut each other’s hair to get closer to her. Best of all, Rachel (Shiri Appleby) and Quinn (Constance Zimmer) are both back and running the show.

It has been two years since Netflix completely rewrote the superhero script with the first season of Jessica Jones. In that time, the superpowered private investigator, played by Krysten Ritter, has partnered with Iron Fist, Daredevil, and Luke Cage to save New York City while still shucking the “superhero” label, and seen the unveiling of the other three defenders’ series. The second season will follow Jones as she tries to piece her life back together and better understand how she accrued superpowers.

The Conners are coming back to primetime! ABC is joining the ’90s revival trend by bringing back Roseanne, a popular sitcom that aired between 1988 and 1997. Unlike most series, Roseanne explicitly highlighted a working-class family as they navigated economic woes. When the series ended, patriarch Dan Conner (John Goodman) had died, and Roseanne (Roseanne Barr) was writing a novel about her complex yet loving family. Apparently, that wasn’t the final ending because all of the original cast members, including Goodman, are returning. It’s unclear how the show will reconcile the original series finale with this new beginning, but Roseanne fans will still be astutely tuned in on March 27.

It has taken 30 years to revive Heathers, but we’re finally headed back to Westerberg high school. Thanks to Paramount, a new network that’s taking over the dial from Spike TV, the Heathers reboot is keeping all of its original characters, though new actors will take on the iconic roles. Veronica Sawyer, the character originally played by Winona Ryder, will be portrayed by Grace Victoria Cox, while Jasmine Mathews, Brendan Scannell, and Melanie Field will portray the Heathers. The only foreseeable difference is that the Heathers are now outcasts who are running their high school and taking no prisoners. Paramount hasn’t announced an official release date, but the show is expected to air in March.

Relevant: BitchWatch: The Most-Anticipated Movies of 2018 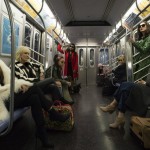 by Evette Dionne
Some of these movies are dramas while others are thrillers and comedies, but each of them are worth the price of a ticket.