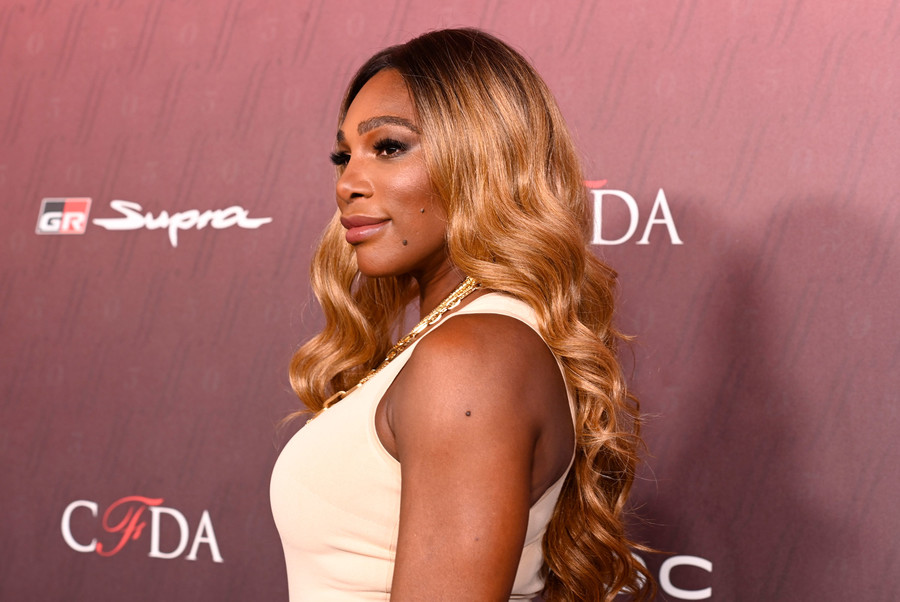 In June 2019 Forbes named Rihanna the wealthiest woman in music, her net worth totaling at least $600 million. Within the same week, Serena Williams, whose net worth is estimated at $225 million, became the first athlete to join Forbes’ list of the “World’s Richest Self-Made Women.” Both Rihanna and Williams have accrued their wealth by building diverse business empires. For Rihanna, this included establishing Fenty, a fashion and beauty company that prides itself on being more inclusive than traditional, white-founded brands, while Williams invested in off-the-court business ventures, like The Wing, Lola, and Daily Harvest—all companies founded by women. On Twitter and throughout the country, many people considered these back-to-back announcements inspiring; and it would be hard not to, particularly when one understands the intricate social and economic challenges that make it far more difficult for Black women to reach that level of financial success.

While we celebrate Rihanna’s and Williams’s individual wins, however, it’s also important to regard them as just that—personal achievements that, while impressive, do not disrupt the capitalist system preventing millions of other Black women from reaching similar financial success. When we center and celebrate those who have succeeded in the capitalist project as the model for our own lives, it becomes easier to be captivated by the myth that hard work and effort will guarantee every Black woman the same success as Rihanna, Serena Williams, and other Black women in their tax bracket. After all, this bootstraps-y narrative is compelling, especially as it is peddled by other Black celebrities. Steve Harvey went viral in May 2019 for proclaiming that “rich people don’t sleep eight hours a day,” as if getting adequate rest is the sole thing separating those in poverty from those in the 1 percent.

But history tells us that Harvey’s notion is misguided: Black people have perhaps the longest resume in the American economy, but relatively little to show for it economically. By the 1950s and 1960s, when white women were defining feminism as admission into the workplace, Black women had already amassed more than two centuries of unpaid and underpaid labor. Capitalism—established in combination with explicit, legalized racism—intentionally disadvantaged Black women and excluded them from wealth-building. That reality didn’t end with the Civil Rights Act of 1964 or new labor laws. Black women, on average, continue to earn 21 percent less than white women and 38 percent less than white men, despite high levels of educational attainment, an asset often purported to be the “Great Equalizer.”

Data compiled by the National Center for Education Statistics found that Black women have the highest proportion of college enrollment by race and gender. Black women are also becoming entrepreneurs at a faster rate than any other race and gender demographic in the United States. Despite this hard work, excellence, and an unparalleled level of participation in America’s capitalistic systems, single Black mothers with a college degree have a net worth of zero dollars. (For comparison, single white mothers with a college degree have a net worth of $3,000.) Married Black women without children have a net worth 6.34 times less than their white counterparts. If these are the average outcomes for Black women with access, we should have no expectations for success en masse in the current economic system.

This is not to say we cannot take pride in Black women, including Rihanna and Williams, who have surmounted the odds; it is to argue that we should not frame those exceptions as a road map for personal or collective success. As we cheer on Tyler Perry for delivering a speech at the BET Awards about building his own movie studio and employing Black actors, we must also recognize that exceptionalism defines his narrative, too. Perry is the rare winner in an economic structure built to sustain an underclass. For every Taraji P. Henson, Regina Hall, and Angela Bassett who have benefited from Perry’s entrepreneurism, there are millions of Black women suffering within the same system.

Even those Black women who are beneficiaries of capitalism are not immune to the bigotries it protects. In a recent personal essay for Harper’s Bazaar August 2019 issue, Williams describes how a difficult turn of events at the 2018 U.S. Open so negatively impacted her mental health that she had to take a break from playing tennis. She recounts how during the final round of that tournament, the umpire accused her of getting signals from her coach and issued a violation in response. After confronting the umpire (“I don’t cheat to win. I’d rather lose”) and smashing her racket against the court in anger, the umpire issued another violation. When she pushed back against that decision, calling the umpire a thief and “demanding an apology,” he took a point from Williams—an extreme penalty that was disproportionately severe given the legacy of male athletes who engage in similar behavior with far less consequence. Williams went on to lose the match to Naomi Osaka, and in her Harper’s Baazar essay, she details how deeply the situation affected her. “Days passed, and I still couldn’t find peace. I started seeing a therapist. I was searching for answers, and although I felt like I was making progress, I still wasn’t ready to pick up a racket,” Williams wrote.

We should divest from the false narrative that career or financial success brings any of us closer to true freedom.

Her story epitomizes a universal truth about Black womanhood—winning the game of capitalism has not, cannot, and will never result in individual or collective equality. Williams’s $225-million-dollar fortune did not prevent racism, sexism, or the combination of both from allowing a random white man, barely above the position of spectator, from using his power to violate her—the greatest tennis player of all time.

If wealth cannot protect Williams, then it will not protect the rest of us. No amount of arduous labor or commitment to excellence will make us free, despite what we have been told by well-meaning Black capitalists. Throughout the latter half of the 19th century, Booker T. Washington, a prominent Black thought leader and educator, compelled Black people to invest in learning trades and proving their industriousness in order to win whites’ respect; but we see that this ideology is an unrealistic model for equality. More than a century after Washington’s sermons, even when we do “win” across every economic metric, topping Forbes’ lists, Billboard charts, or graphs displaying college-enrollment rates, we walk away with only a small piece of the pie. Sure, we might leave the table with more money in our accounts, but we certainly don’t gain more freedom. And when even this limited definition of winning is constrained to a handful of Black women, what hope is there for the collective?

Black women stand to gain the most from disrupting the individualistic and exclusionary system of capitalism. Instead of championing the wealthy, we must champion the redistribution of wealth. While we may not be able to dismantle the entire system alone, nor should we have to, shifting our individual life goals away from amassing intergenerational familial wealth to centering community prosperity can allow us to begin buffering against the purposeful limitations of capitalism. We should divest from the false narrative that career or financial success brings any of us closer to true freedom. Though it is comforting and enticing to believe that accumulating degrees and dollars will eventually rectify the wrongs done to us, it is simply untrue. What is true, and what has always been true, is that we are all we’ve got. That sense of collectivism, of defining affluence in the aggregate and not by the financial wins of a few, is a first step in emancipating ourselves from the dread of capitalism and the inequities it enables. Because, for us, profit alone has never been progress.

Read this Next: Straight Capitalism, No Chaser 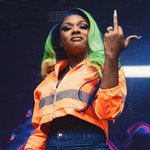 by Brooklyn White
As the phrase #HotGirlSummer has gained visibility, an onslaught of brands attempting to commodify Megan Thee Stallion’s lifestyle. 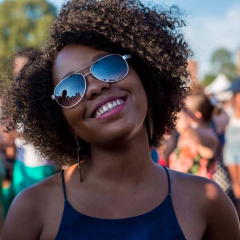 Jasmine Burnett is an ATLien, writer and Beyoncé-enthusiast. She is equal parts MSNBC and The Shade Room, and spends much of her time brainstorming ways to strengthen communities of color against the forces of gentrification and displacement.