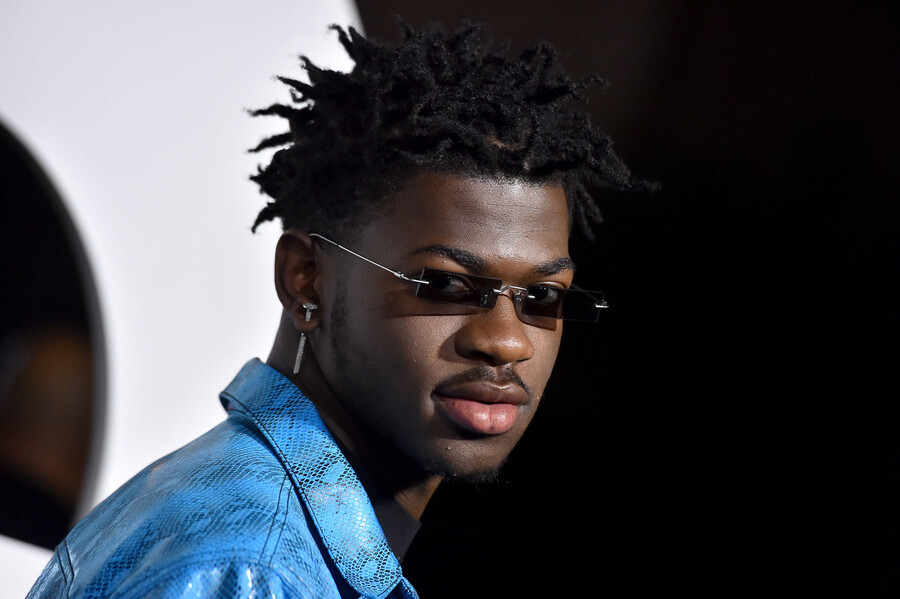 On May 29, amid protests in Minneapolis and other cities across the United States, Lil Nas X tweeted, “I am sorry for not using my platform to speak up more on the situation. I honestly feel as though it has become so normalized that even I myself am numb to police brutality toward Black people. I hope this time around something changes.” Lil Nas X, a queer Black artist who has broken boundaries in more ways than one, was seemingly feeling guilty for not speaking out sooner; but Lil Nas X was justified in taking his time: Police brutality takes a toll on Black people’s mental health. A 2018 report from the Perelman School of Medicine at the University of Pennsylvania and the Boston University School of Public Health found that “Police killings of unarmed Black Americans have adverse effects on mental health among Black American adults in the general population.”

A 2019 study in the Journal of Adolescent Health that looked specifically at how “race-related traumatic events online” impacts young people found that “police killings, as well as viewing distressing news directed at members of one’s own racial–ethnic group or those who share the same immigration status, are related to poor mental health outcomes.” In short: People are harmed by being repeatedly inundated with news about people like them suffering and dying at the hands of the police. Though socioeconomic class of course plays a role in who is subjected to police brutality and the frequency in which people interact with the police, class doesn’t protect Black people from feeling the mental strain of seeing other Black people killed on-camera, and we’ve seen how ignoring mental health issues can damage and hurt Black people. Black people, no matter their class, see their lives as disposable and expendable, and spend their lives attempting to navigate a world that doesn’t value their existence.

Yet, when bad things happen in Black communities, including but not limited to death via police brutality, non-Black people tend to turn to Black people for guidance. Black people are asked how they can solve racism; they’re surrounded, online and off, by people who are “playing devil’s advocate” and questioning why “Black-on-Black crime” doesn’t draw as much ire as police-involved killings; and they’re asked to explain to white and non-Black colleagues how their publication or brand should respond. And, as seen in the response to George Floyd’s death, Black celebrities are suddenly perceived as activists who can quell racial injustice with a singular statement.

Instead of being expected to “solve racism” or combat police brutality, white and non-Black celebrities are given space to grieve and to post Martin Luther King Jr. quotes devoid of context (and, often, devoid of any real ask of non-Black people). Kylie Jenner, who is worth hundreds of millions of dollars and has massive influence across social media, posted a graphic on Instagram, writing, “Don’t let his name be forgotten. Keep sharing, keep watching, keep speaking out, because it’s the only way we can come together to help bring this much needed change and awareness. Rest in peace, George Floyd.” Meanwhile, everyday people are online raising money—$20 million, fact—for the Minnesota Freedom Fund to help bail out protestors.

Journalist Katie Couric tweeted that it’d be “great to hear from Barack Obama right now,” as if he’s the person we need to hear from and as if this is on him. It doesn’t feel dissimilar to the hoards of people who demanded Michelle Obama run for office, as if she hadn’t dealt with enough racism as first lady. And, given that so many of these demands come from white people, they just feed into the idea that Black people owe it to us to save us.

I’m uncomfortable with white people asking Black celebrities and influencers to respond to police brutality and anti-Black racism on social media every time it occurs.

Additionally, Black celebrities respond in ways that go beyond a simple retweet or Instagram graphic. Beyoncé doesn’t tweet much, but with “Formation,” a music video released in 2016, she paid “an homage to Blackness and a merciless indictment of systemic racism and its codependent partner, white supremacy,” as Vanessa Willoughby wrote in a review for this site. Rihanna has called upon allies, validated the fight to protect Black lives in multiple speeches, and continually raised awareness about victims of police brutality, including Floyd.

I’m uncomfortable with white people asking Black celebrities and influencers to respond to police brutality and anti-Black racism on social media every time it occurs. If they did, it would be all they post about, as police brutality is never-ending in the United States. Too, this suggests that their followers are also non-Black people who need educating, rather than Black people who may be in search of healing, or a small break from the outside world seeking to find limited sanctuary online alongside their favorite celebrities. Audience matters: White people can compartmentalize police brutality, but Black people find themselves thinking about it on a loop, and this has real, tangible impact on our health, with racism leading to what’s been called a “Black mental health crisis.” It matters when Black celebrities post online about police brutality, and wealthy Black celebrities should certainly put their money where their mouth is, but it’s also okay for Black people to need a short break, no matter how imaginary, from the influx of loss.