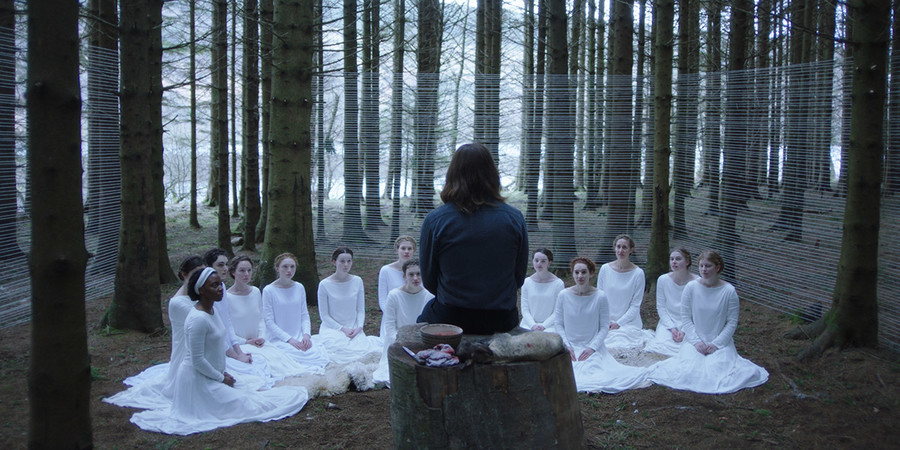 Members of the all-female cult in The Other Lamb (Photo credit: Subotica Entertainment)

At this year’s Toronto International Film Festival, a handful of films challenge the sexist coming-of-age tale of teen-girl-as-master-manipulator, examining the often queasy association between teenage girls and the grown men who obsess over them. Two of them, Black Conflux and The Other Lamb, juxtapose stories of teenage girls approaching adulthood with troubled men coming to terms with the limits of their own. The interactions between the characters vary wildly, but their desires are the same: The girls want a roadmap for how to conduct themselves as sexual beings; the men want to assert their sexual dominance. Both films take the side of the girls, scrutinizing the narratives.

Media has always over-sexualized the teenage girl, creating a popular culture that thrives on nasty, lurid portrayals of young women. The stories of teenage girls as portrayed onscreen by men have always positioned them as ciphers, giving men a chance to both sexualize and demonize them, and then blaming the girls themselves for their transgressions. The 1990s in particular offered moviegoers a glut of stories in which teenage girls leveraged their status as forbidden fruit to get the best of older men, which subsequently led to a time in pop culture (and culture at large) where any relationship between teenage girls and grown men became inherently uneasy: Any narrative possibility for platonic interaction between the two was marked by looming sexualization. Films like Wild Things, Poison Ivy, The Crush, and The Babysitter took all the wrong lessons from Lolita, mythologizing the teenage girl as a sexually liberated figure in complete control of her own fate.

A more honest reading of Vladimir Nabokov’s classic novel reveals the tragedy of a girl’s life defined by men’s eyes before she has come to know herself. With Black Conflux, her first feature, commercial and narrative director Nicole Dorsey weaves two parallel stories of desire and isolation. The film tells the story of Jackie (Ella Ballentine), a seemingly happy teen girl with a troubled family and deep feelings of loneliness. These feelings are introduced in the film’s opening song “Hey, Who Really Cares?” by Linda Perhaus, which Jackie sings in her audition for the school choir. Jackie sings with a smile of “changes coming down” on her and asks for “someone to listen,” but there’s a hunger in her voice—she’s crying out to be noticed.  Not too far away is Dennis (Ryan McDonald), a lonely, thirtysomething brewery worker who lives with his sister and spends most of his time talking to himself.

Dennis is angry, sexually repressed, and keeps striking out with real women as his mind wanders into misogynistic fantasy. The juxtaposition of Dennis and Jackie has echoes of Joyce Chopra’s unsettling 1985 feature Smooth Talk, also about a restless teen girl in a small town becoming a woman while older men watch closely. Dorsey plays on the tension of that relationship while ultimately opting for a more optimistic outcome. Throughout the film, Jackie and Dennis keep missing each other, but in such a small town, it feels as if they’re destined to meet. He stares at a pretty young girl on her bike, but it isn’t her. He picks up a young hitchhiker on the side of the road and for a moment we think it’s Jackie, but it’s revealed to be her best friend, Amber (Olivia Scriven).

Dennis retreats further into his fantasies as Black Conflux progresses, his mind populated by a harem of conservatively dressed yet sexually open women. These visions are a purity paradox—respectable and quiet when he wants them to be and sexually available the moment he changes his mind. Elsewhere, Polish filmmaker Malgorzata Szumowska’s English-language debut presents a similar fantasy in more literal terms. The Other Lamb tells the story of an all-female cult headed by a patriarch with the usual aspirations of being a godlike figure. Raffey Cassidy plays Selah, a teen girl who grew up in the cult and knows no other way of life: Her mother, who died shortly after giving birth to Selah, was one of its first recruits. Michiel Huisman plays Shepherd, a man with such cartoonish composure that he seems unreal.

He is Selah’s father, but wants to be her husband—an outcome that seems inevitable. With his long hair, full beard, and creepily calm voice, Shepherd presents himself as a figure to be idolized, and Selah spends all her days in pursuit of his recognition, unaware of the brutality that awaits her when he does. Shepherd represents the worst-case scenario for someone like Dennis—a life driven by the need to make the world conform to his desires. Selah, much like Jackie, is full of optimism, and she only begins to question the path she’s been born to follow when she meets The Broken Wife (Denise Gough). A sad, nameless woman banished to a broken-down cabin away from the other wives and daughters, The Broken Wife, was, like Selah’s mother, was one of Shepherd’s first recruits. She and Selah’s mother lived with Shepherd happily until the cracks in his facade of kindness began to show.

It’s become clearer than ever that changing the broken world can’t happen without a radical rejection of the methods used to build it.

Recalling her time as a “favored wife,” she tells Selah of times when she became suddenly restless, times when she found herself running to a hidden waterfall deep in the woods, where she would strip off her clothes and imagine a world in which she was free. The Broken Wife opens Selah’s own eyes to the true circumstances of her mother’s death, and to the reality that Shepherd’s regard for women slips away once he’s had sex with them. But as a virgin in an isolated community, Selah has no real understanding of how Shepherd may have been socialized by the outside world to disrespect women.

Black Conflux’s small town is a different kind of isolated community that’s shaped by old ideas about gender, sex, and consent. Jackie is often treated like she’s older than she is, while the men around her are infantilized. When she tells Amber about a boy who attempted to sexually assault her, her friend tells her she “owes” him sex because she’d flirted with him. At home, her aunt’s boyfriend offers Jackie alcohol, calling her “a full-grown woman.”  The idea that puberty promptly turns a girl into a woman whose chief responsibility is to satisfy men likewise plays out in The Other Lamb: Once Selah gets her period, Shepherd stops looking at her as a daughter and immediately sees her as a potential wife. Both Jackie and Selah push back against the sexual expectations laid upon them in different ways—one is active and one more quiet, but both are rebellions. Where the two films differ most is in their resolution, which reflects their genre differences.

The Other Lamb is, at its root, a horror film that unfolds as a mystery, slowly revealing in plain sight the worst nightmare patriarchy has to offer. Much like Lucky McKee’s 2011 film The Woman, The Other Lamb is pessimistic in concluding that the only viable path forward is a violent, primal matriarchy. That’s not to sell it short—it’s become clearer than ever that changing the broken world can’t happen without a radical rejection of the methods used to build it. Even with its culminating violence, The Other Lamb is about the emotional journey toward that change. Black Conflux, by contrast, ends with a meeting of souls, a slow, communal healing between Jackie and Dennis.

Dennis speaks to Jackie like a human being and not a fantasy, and together they contemplate their place in the world. Dorsey takes what we believe is a foregone conclusion—a disaffected, isolated white man whose entitlement ultimately destroys him and hurts the women around him—and provides an alternate ending. In conversation with one another, the two films build to different but equally radical finales, ones that liberate their young heroines from what others decide to make them and become women in their own images.

Read this Next: 5 Ways “Final Girls” is the Perfect Ode to 90’s Slasher Films 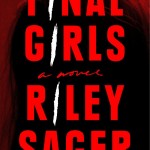 by Evette Dionne
It may be the book that ushers in the next wave of cult classics.