Abstract PainGeorge Floyd and the Viral Spectacle of Black Death 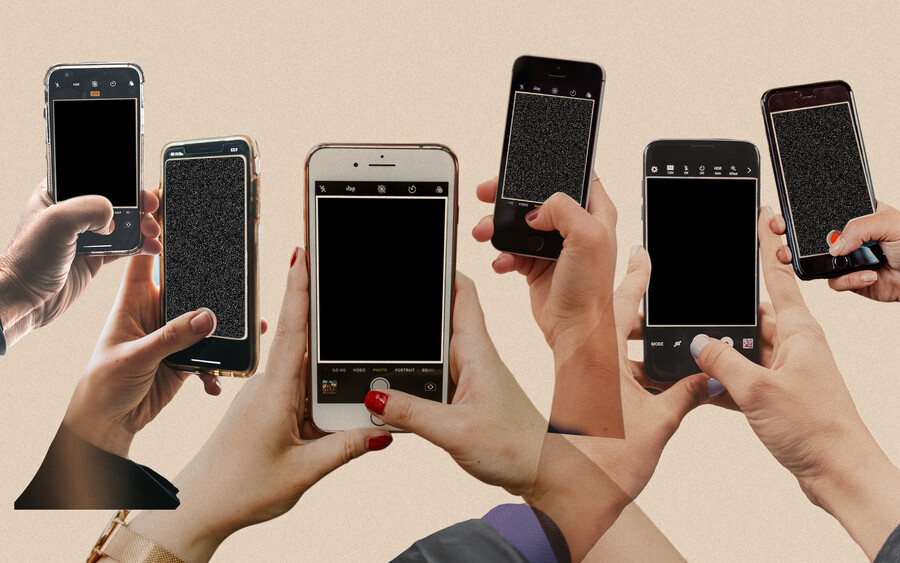 On May 31, 2020, I was tagged in the #BlackLivesMatter chain on Instagram, a new version of the 2009 Tumblr-era follower train that asks users to tag 10 friends “who you know won’t break the chain.” It’s a simple post—white text on a black background—made in Instagram’s intuitive “create mode” where users can post simple text-only images to their 24-hour story. Though chain letters are common, especially on social media, it was strange to be tagged in this chain because I’m a Black person who’s already vocal about my investment in the liberation of Black people.

The #BlackLivesMatter chain came on the heels of a viral video that captured the last minutes of George Floyd’s life as Derek Chauvin, a now-former Minneapolis police officer, kneeled on his neck. Floyd’s death has been the catalyst for a nationwide-turned-worldwide uprising against police brutality. This chain letter, when viewed as a part of how people are using their online platforms to raise awareness, has collapsed into the same category of viral content as the video of Floyd dying. The lack of context—the chain never mentions Floyd by name or includes information about how to end police brutality—presents another form of abstraction, pushing users further and further away from the topic at hand. It becomes more about aesthetics and the visual appeal of one’s online presence and less about actually bringing about change. The struggle for liberation and the abolition of the police and carceral systems have devolved into a severe detachment from real suffering.

Black people’s deaths at the hands of police officers are, like everything now, mediated through the internet, with the negotiation of life and death spread through videos that go viral. Black death becomes just another online spectacle when it’s boiled down into something easy to share and easy to manipulate. Documenting Black death in pursuit of social change didn’t begin that way: In 1955, when Emmett Louis Till was 14, a group of men broke into the house he was visiting in Mississippi, kidnapped him, brutally beat him, shot him in the head, and threw him into the Tallahatchie River, his body weighed down with the fan from a cotton gin. Till’s mother, Mamie Till-Mobley, knew that her son’s mutilated and disfigured face could bring attention to the beatings and lynchings occurring across the United States, so she organized a public funeral with an open casket.

David Jackson, a photographer at JET magazine, attended Till’s service in Chicago to capture photos of his body: His face was disfigured and bloated; his eyes melted into the rest of his face. JET not only displayed photos of Till that his mother provided—a smiling, jovial boy with a stutter—but they contrasted them with an image of his brutalized, unrecognizable face in his casket. These photos, side by side, struck a chord in the hearts of civil rights leaders across the United States. That’s what Till-Mobley wanted: “I believe that the whole United States is mourning with me, and if the death of my son can mean something to the other unfortunate people all over the world, then for him to have died a hero would mean more to me than for him just to have died,” she says in a Time magazine video compiled in 2016.

For decades, we weren’t forced to witness Black people being killed week by week at the hands of vigilantes and police officers, but now, the rapidness of these killings impacts us so deeply because they’re captured on video, just as Till’s trauma was captured in photographs. But there’s one significant difference between then and now: Images and videos on your phone can be shared quickly, allowing us to disseminate information in real time without it being mediated by a magazine or a newspaper. What’s become apparent from Till’s death to now is the nonrepresentational distance that our technology has given us, how much farther and desensitized we may feel from the death that has taken place, even as we take to the streets. In 2017, painter Dana Schutz, a white woman, debuted Open Casket (2016), an abstract depiction of Till in his casket, at the Whitney Museum Biennial. Schutz created this work in response to the 2014 fatal shooting of 18-year-old Michael Brown, Jr. by Ferguson, Missouri, police officer Darren Wilson.

Schutz, who felt moved by Brown’s death and the subsequent uprising, thought Till’s death bore some similarities to that moment. Open Casket, which is seemingly inspired by Irish painter Francis Bacon’s work, features oblong shapes and bright colors that accent Till’s bloated, disfigured face. Bold strokes of red, yellow, and blue surround Till’s body and the swirls that melt his features. Though the Whitney Museum and Schutz herself considered Open Casket an act of empathy, the painting was met with major criticism and protests from those inside and outside the art world, primarily because critics claimed that Schutz had no right to depict this painful moment in African American history and profit from it. Even if Open Casket was a “vehicle for connection,” the painting itself perfectly depicts how Schutz considers Black death: abstract, separate from herself, worthy of painting, but not of much else. The painting offers nothing specific about Till’s experience or any sense of context or the gravity of his death. Parker Bright, a famed Black painter, called this out during a protest staged at the Whitney Biennial, where he stood in front of the painting while wearing a shirt with the words “Black Death Spectacle” etched on the back.

How have we made Black death a spectacle, something to be watched, recorded by bystanders, and plastered into abstract forms?

“It is very important to keep in mind…that there is a divide between what the public perceives and what the curation intends to be perceived by the public,” Bright wrote in a letter released after the protest. “With that in mind, Dana Schutz’s Open Casket depicting Emmett Till’s *already mutilated face finds itself within negative space, one that may start a conversation but it does not do justice, nor shines a new light on an issue that still pervades (THE ONE OF BLACK AMERICANS BEING KILLED BY THE HANDS OF WHITE SUPREMACY), especially from my own perspective as an African American and artist.” Three years later, as Floyd’s death has gone viral—marked by worldwide protests and chain letters on Instagram—the question remains: How have we made Black death a spectacle, something to be watched, recorded by bystanders, and plastered into abstract forms?

Think of viral content as multiple layers of abstraction: Instead of the faces of the dead being amplified, one can only see your support, how virtuous and wonderful you are for sharing this post. The focus becomes the self, as with Open Casket, instead of the fatality. The focus becomes death, instead of life. How does one react to the body being exploited through life into death? I found it insulting that someone would think that I would need a chain letter to signal my support for Black people and the ending of police violence against Black people. The pillar of viral content is that it’s easy to share, and easy to create variations upon. Think of the “Harlem Shake” videos of yesteryear—something entertaining and fun to recreate—but the #BlackLivesMatter chain further dissociates from the issue at hand.

We see no way of creating sustainable change and are left merely with a sense of gloating about the number of “good” friends we have. The repetition of the post becomes a compulsion, something needed in order to share one’s goodwill. This compulsion, coupled with the sheer amount of “viral” content available, makes the act even more mundane. Viral content is easy to share and easy to look away from. Till’s body was a spectacle for a different American landscape, one without the technology that we have today, and now, we’re dissociating further and further from the issue. The quality of abstraction and the sheer speed of dissemination that today’s technology allows makes the death nonrepresentational, something depicted that does hold form to many, yet something that neither holds an accurate depiction, nor seeks to.

Read this Next: Performance over Activism 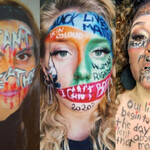 by Mary Retta
We must remain critical of any online “activism” that doesn’t offer recourse for action. 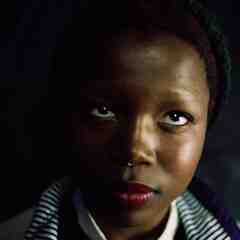 Dede is a freelance writer and poet living in Toronto, Canada.