Day of WoeBlack Friday Has a Darker Message This Year 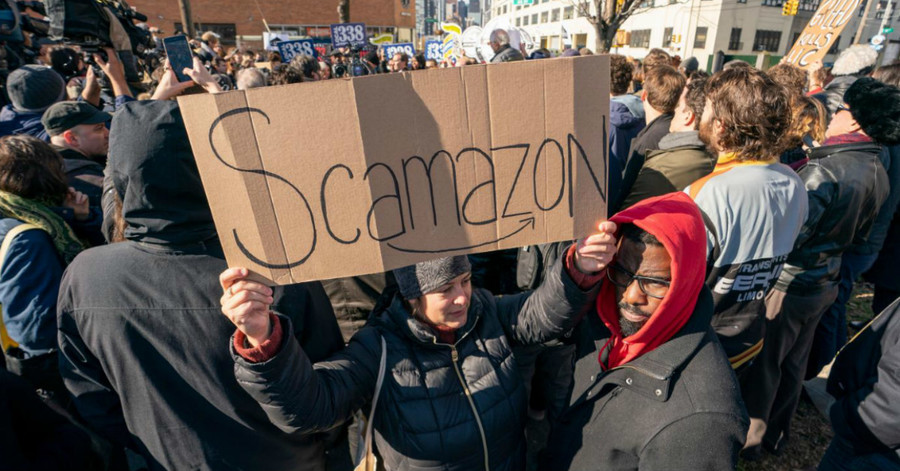 Black Friday has always been a day of woe. In 1887, four Chicago anarchists—who were part of an eight-person group known as the Haymarket martyrs—were sent to the gallows, without evidence, for allegedly throwing a bomb at a labor rally that killed at least eight people, including several police officers. In 1929, the stock market crashed, sending the country into the Great Depression. In 1978, between 400 and 900 protesters in Tehran were massacred by the Iranian government. In 1995, the Queen of Tejano music, Selena Quintanilla-Pérez, was murdered. In 2015, Paris endured a series of devastating terrorist attacks. These terrible events were all dubbed “Black Friday,” which renders the most familiar American use of the term—with all of its greedy consumerist trappings—even more gauche.

Black Friday is a consumer “holiday” in name only because it wreaks such suffering upon retail workers, warehouse workers, delivery workers, and everyone who isn’t directly profiting from this bacchanal of consumption. And, in recent years, Black Friday has audaciously oozed past one-day sales to take over an entire weekend, culminating in the pixelated bloodbath known as Cyber Monday. This year, Black Friday sales are expected to exceed $9.1 billion. Even as foot traffic to brick-and-mortar stores continues to fall, thanks to the omnipresence of online shopping, images of desperate shoppers fighting over toys and big screen televisions remain a post-Thanksgiving punchline, as have the yearly reports of Black Friday riots and deadly tramplings. Eleven people have been injured and 10 people have died in shopping-related stampedes since the Black Friday Death Count began tallying these incidents in 2006.

Though hailed as a “triumph of capitalism” by some (who are probably not as concerned with saving money as most of us are), Black Friday seems obscene when considering America’s ever-rising levels of poverty and the historic disparities between the haves and the have-nots. Now, though, capitalism is so unfavorable that the government commissioned a falsehood-riddled study slamming the supposed evils of socialism, and FOX News pundits are clutching their pearls over capitalism explainers in Teen Vogue. Socialism is hotter than ever among millennials who came of age during the Great Recession, watched Occupy Wall Street unfold, and are now asking hard questions about so-called trickle-down economics.

Unabashed Democratic socialists like Alexandria Ocasio-Cortez and Julia Salazar are running for office—and winning. The idea of a socialized “Medicare for All” has gone from an obscure idea to a political talking point that may become a major plank in the Democratic party’s 2020 platform. Workers across a variety of new sectors, from fast food to tech warehouses, are organizing for better wages. With all of this forward momentum toward a less consumerist society what will Black Friday (and Cyber Monday) look like this year? Next year? Are its days as the most bloodthirsty shopping day of the year numbered?

Of course, there’s nothing new about the idea of consciously uncoupling from Black Friday. The Buy Nothing Day movement began in Canada in 1992, expanded to America in 1997, and has since spread to 65 other countries, including the United Kingdom, Finland, Sweden, Germany, New Zealand, Japan, the Netherlands, France, Norway and Sweden. Buy Nothing Day was initially orchestrated by Kalle Lasn, co-founder of the anti-advertising activist group Adbusters, to encourage the 20 percent who consume 86 percent of the world’s resources to produce less waste. “Our headlong plunge into ecological collapse requires a profound shift in the way we see things,” Lasn said in 2006. “Driving hybrid cars and limiting industrial emissions is great, but they are band-aid solutions if we don’t address the core problem: we have to consume less. This is the message of Buy Nothing Day.”

Twelve years later, Lasn is still dreaming of an anti-capitalist holiday season. Last year, he expressed interest in expanding Buy Nothing Day to encompass Christmas. “We can’t allow the commercial forces and corporations to continue to hijack Christmas from us and turn it into this ugly consumer fest,” he told the Detroit Metro Times in 2017. “If we can take Christmas back from these fuckers that have stolen it from us, then I think we can start to get somewhere. If we can do this, then we can start to strike out at other consumer fests throughout the year and then we the people can start to feel more in control again of our own destiny again, which really is the larger picture.”

Even in the face of those “haha, look at the poors” stampede videos that more affluent consumers love to share, the human costs of Black Friday are still jarring. Take, for example, the Amazon warehouse workers packing up your discounted orders. It’s no secret that Jeff Bezos’s retail monopoly isn’t exactly nice to its severely overworked, underpaid employees, but the company still obnoxiously leans hard into Black Friday and Cyber Monday. Vox recently spoke to a former Amazon employee, a U.S. Air Force veteran, who worked there as a manager, about what he saw during the Black Friday and Cyber Monday rush.

“On Black Friday and during the holiday season, everyone works six days a week. The associates work 10 hours a day, the managers 14 to 18. It’s mandatory overtime, the hours are not voluntary, and they are all on your feet,” he said. “People need to know that their free shipping comes at a human cost. Sure, you’ll get cheaper and faster packages. But Amazon runs on a logistics system that’s based off working people to the bare bones.”

This year, Black Friday will also be an opportunity for activists to challenge capitalism’s excesses and its predatory impact on our society. Some activists are choosing to organize protests against corporate vampires like Walmart who leech off of cash-strapped working-class folks. Others are launching widespread boycotts against specific companies. (For example, the Coalition of Immokalee Workers is staging an ongoing boycott against Wendy’s for refusing to adhere to industry standards for farmworker wages). Others are investing in mutual aid by sharing with their fellow humans in need. Others have taken a more confrontational approach to Black Friday’s money-grubbing stranglehold over the holiday season.

In 2014, 20 #Blackout Black Friday protesters chained or duct-taped themselves to platforms in West Oakland’s BART station to stop the train for four hours—the amount of time that 18-year-old Michael Brown’s body lay in the street in Ferguson after he was killed by a police officer. They shut down the station for two hours before police swept in and arrested 14 activists. This year, another radical Black Friday protest will take place on Chicago’s South Side to draw attention to the connection between capitalism, gentrification, and anti-Blackness. Target has been criticized by Chicago’s Black community as well as local elected officials for closing nearly all of its stores in predominantly Black neighborhoods, like Chatham and Morgan Park, while opening new stores in wealthier, white neighborhoods.

Congressman Bobby L. Rush—whose district includes both the Chatham and Morgan Park stores—has called for a protest in front of the Chatham Target on Black Friday. “Your closure of these stores is a classic example of persistent disinvestment on the Southside of Chicago,” Rush wrote in a letter to Target CEO Brian Cornell. He continued: “By closing them, your corporation is leaving a gaping hole of retail service as these communities have few options.”

Every action—personal, political, public—strengthens the flame of resistance, and helps people realize that a better world is possible.

In New York City—the newly-announced home of Amazon’s second headquarters—a group of activists calling themselves Amazons Against Amazon have planned a rally on the steps of the New York Public Library to voice opposition to the Amazon HQ2 deal. They want to educate fellow New Yorkers about Amazon’s ongoing collusion with ICE, and the company’s exploitative labor practices. Echoing Rush’s Chicago protest, the Amazons also emphasize the ways in which gentrification and capitalism intersect to harm working-class people, pointing to the negative impact this deal will have on local New York communities, its overburdened transportation system, and its under-resourced schools. Black Friday protests are even extending into Europe, where thousands of Amazon warehouse workers in Germany, Italy, Spain, and the United Kingdom are fighting for better working conditions.

The work of fighting and ultimately overthrowing capitalism spans far beyond one protest, of course, but every public effort to reject this oppressive system contributes to its destabilization, and brings us one step closer to freeing ourselves from its iron grip. Capitalism was once seen as a core American value, but those days are over, and every signal that we can send to the ruling classes that their time at the top of the heap is coming to an end is a necessary spark. Every action—personal, political, public—strengthens the flame of resistance, and helps people realize that a better world is possible.

So what is a budding anti-capitalist to do today? Buy nothing? Stage a one-person boycott? Protest in front of a predatory corporate giant’s office? Donate money, food, or other needed supplies to a local food bank? (Yes!) Throw a brick through a Starbucks window? (Just kidding, I’d never publicly encourage anyone to commit a criminal act). Anti-capitalism activism is so much bigger than one day, and Black Friday is hell, no matter which way you slice it, so do what feels best for you. (Just, please don’t order anything from Amazon—the workers are struggling and Hyper-Capitalist Voldemort doesn’t deserve your money). The overthrow of capitalism isn’t here yet, but we’re closer now than ever.

For "X-Files" Revival, Gillian Anderson Was Offered Half What David Duchovny Was Paid