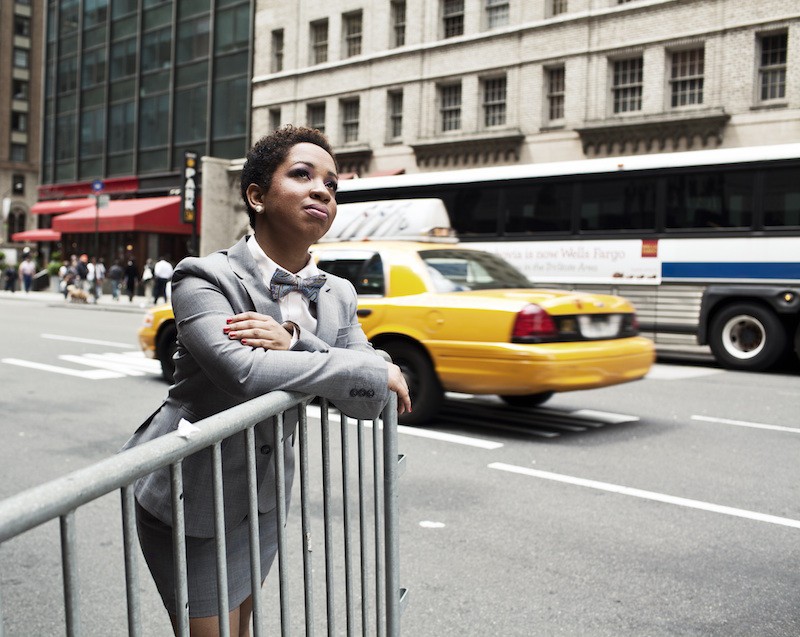 Courtney Bryan is fluent in many musical languages. A composer and instrumentalist since childhood, Bryan spans classical, jazz, and experimental styles. When she weaves these styles together, they sound surprisingly organic and intentional. With arrangements ranging in size from solo piano to guitar trio to full orchestra and chorus, her original works resonate in the spaces between old and new, sacred and secular, particular and universal.

Bryan has released two independent recordings, “Quest for Freedom” (2007) and “This Little Light of Mine” (2010). Her latest live premiere of a new work shared a date with the one-year anniversary of Sandra Bland’s death in police custody (which occurred on July 13, 2015). And not by accident. Bryan, along with poet Sharan Strange and vocalist Helga Davis, had been preparing for that date for months. The three women collaborated on a musical memorial to Sandra Bland through a commission by The Dream Unfinished, an activist orchestra gathered to show solidarity with Black Lives Matter in a genre often known for its adherence to convention and even conservatism.

While pushing the boundaries of what is deemed acceptable within the concert hall, however, Bryan gracefully refuses to be defined by her non-conformity, acoustically or politically. Her upcoming projects include scoring for puppet theater, expanding an art song by Florence Price and Langston Hughes into a 45-minute installation, and an orchestral commission for the Colorado Springs Philharmonic inspired by “America the Beautiful.” The latter, Bryan says in light of her recent compositions condemning police brutality, is an affirmation of her willingness to hope that maybe things can get better. 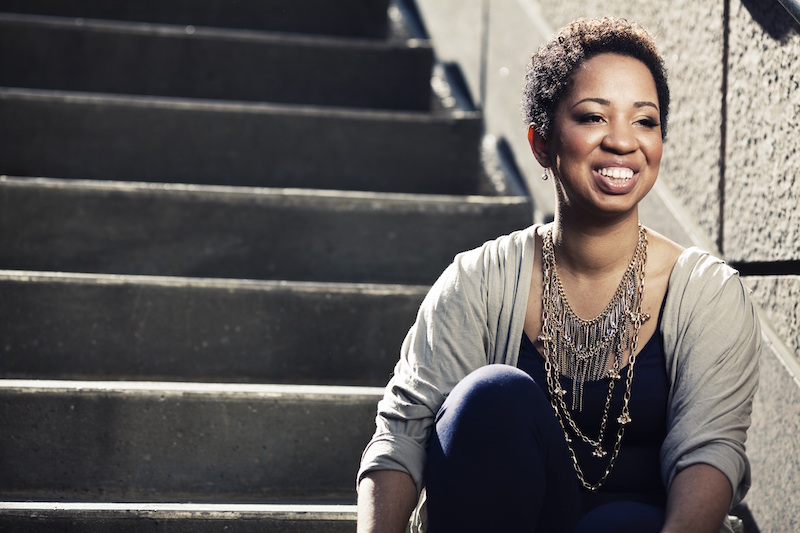 SARIT LUBAN: How did you end up connecting with The Dream Unfinished and then getting involved in the project?

COURTNEY BRYAN: I got an email from them after they heard a piece I did for orchestra and recorded sounds performed at Lincoln Center called “Sanctum.” It was an artistic response to police brutality. The sounds I used had the voice of Marlene Pinnock, a Black woman who a bystander filmed being beaten by a cop on one of the L.A. freeways. She’s one of the victims of police brutality who lived to talk about it. I used the interviews she gave when she first saw the videos of herself being beaten, and I also used recordings of people protesting in Ferguson. I didn’t start out that project thinking I would do a piece on police brutality. I was writing a piece inspired by different sermons I heard by Shirley Caeser and Reverend C. L. Franklin, the father of Aretha Franklin. But the topic of those sermons was kind of related to a lot of incidents that were happening and my piece evolved into that. So I was happy to then get asked to write something specifically related to Sandra Bland.

“Sanctum” has recordings from marches and protests, which struck me as so explicitly political. I’m curious if you regard your music that way. Would you call that piece political, and if so, how intentional was that?

To describe my music in general, I’m very interested in sacred music and bridging the line between sacred and secular. What’s going on right now with police brutality, an issue that’s been on my mind, fits along with that. My primary interest is conveying different emotions through music and hopefully bringing that out in other people, no matter what the music means to them outside of the sound. But with that piece, I did make certain choices. Using the recording of “hands up, don’t shoot” was a decision very specific to this time period. I got advice from mentor composers that were like, do you want to write a timeless piece or do you want it to be specific to now? I think they were trying to warn me against something that might not have the same meaning 10 years from now or that some people might miss. But artistically I felt like those voices were part of the piece.

As a composer freelancing or looking to get pieces commissioned, do you think there are any risks to that?

That’s why it was so nice when the commission from The Dream Unfinished came along. I took a risk with the last piece, but then someone else asked me to do something specifically on that thing. There is always the risk that certain donors won’t have the same interest. They might say, “I don’t want to mix my art with my politics” or “I have different politics.” Even when I had the piece performed at Lincoln Center, some people did seem very uncomfortable when they heard the voices saying, “Hands up, don’t shoot.” I had them go from left to right; I was very aware that I was surrounding the audience with these voices.

At the same time, I’ve learned that when I worry too much about what people will think, I don’t write really good music. I’m also a Black woman, and I’m a Black woman in the classical world. A lot of times it would seem the thing to do is not to bring attention to that. Maybe try to blend in, not do a piece about a Black woman who was victimized by a policeman or a concert about women of Black Lives Matter. But I don’t think hiding ever helps. Whatever matters to you, go for it, and know that some will lose interest in you and you also might find a community of people interested in the same things.

When did it become clear to you that you were a composer?

I’ve always written music and played piano, so I didn’t really separate performing and composing. I would create songs on the piano, since I was five or so, and my parents would record them for me. When I was in elementary school I had a teacher named Jean Curtis, and I would say, “Here’s a song I made up,” but she would tell me to use the word “composed.” So from early on I was identifying as a composer. It wasn’t until later, in high school and going into conservatory, that I realized how people separated things: Are you a composer or are you a performer? Are you doing this style or that style?

I went to Oberlin Conservatory for undergrad and I started off with three majors: classical piano, jazz piano, and composition. It was assumed that you wouldn’t graduate with all those, but it helped me find out what I was into. The first thing to go was actually classical piano. Not because I didn’t enjoy it, but I realized it was a very specific career path to become a concert pianist. And I could tell that wasn’t my path. Around that time I was still worried about titles, but I think the choices were making themselves for me, that composition is my main focus. It was tricky, because I was existing in different worlds: the classical and the jazz world, performing and composing. Later, through my time at Columbia working with George Lewis on my doctorate in composition, I was taking all these different things and trying to put them all into my work, not separate them by style or process.

You’re from New Orleans and you eventually ended up in New York, although you’ve recently returned to your hometown. With all the different styles that you’ve combined into your own sound, do you think these places and their musical heritages influenced your writing?

Definitely. In New Orleans, music is everywhere. There’s the brass bands and the second lines; there’s always some excuse for a parade. Marching band was a really big thing for us in school, and a lot of us got our performance experience that way. I played clarinet for a while just so I could be in marching band.

I’ve also played in church everywhere I’ve been, and I’ve been involved in different denominations so I’ve learned different styles of playing. I find that the way I approach music is very related to my role as a church musician. In that setting you’re trying to bring some sort of emotional catharsis during the service. For some people, that’s their counseling during the week. In New Jersey, for many years I was at Bethany Baptist Church in Newark, and that had a profound impact both on the music I write and perform and on my scholarship.
New York City itself, there my music did became a little more…I don’t know if it’s hectic, but the pace of the city has affected my music. I’m excited now coming back to New Orleans to see how things will change. I’m getting into the rhythm of New Orleans, which is so different than New York or New Jersey. I’m interested in exploring it naturally in my music.

I hope I can hear the piece for Colorado Springs live! This is a nice feature thank you. Lol my great g-ma was in a blind women's group called stitch-n-bitch in the 1990's. 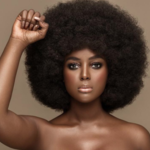