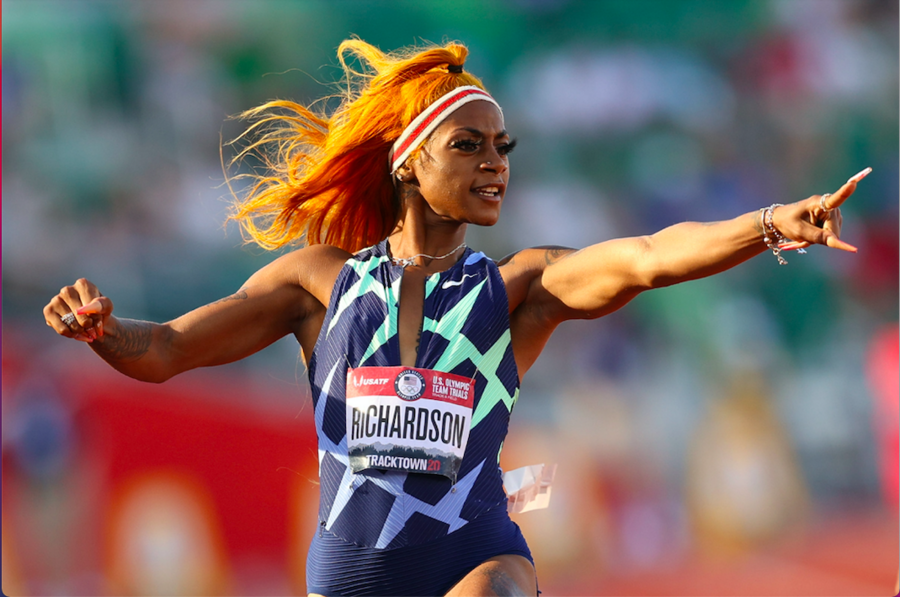 On July 2, U.S. sprinter Sha’Carri Richardson told the TODAY Show, “Don’t judge me because I am human,” after news broke that she had tested positive for marijuana and would serve a 30-day suspension that would disqualify her from participating in the Olympic games in Tokyo. Her public statement served as a gentle but honest rebuke of every critic that chided her for making a mistake while grieving the death of her mother and facing unparalleled public pressure. Right before Richardson competed in the U.S. Olympic Trials, a reporter told her that her biological mother died, and while she went on to win the women’s 100-meter race, she was still grieving as the world publicly cheered her on. It’s a paradox few of us will ever experience.

Despite reaching an exceptional career milestone, Richardson winning didn’t erase the pain she was dealing with from her loss, so she used marijuana to help her cope. While many disappointed fans offered the athlete comforting words online, others took the suspension as an opportunity to remind her that actions have consequences. “Sha’Carri Richardson knew the rules and broke them” was a common refrain on social media, but these sentiments disregarded her mental and emotional health, a common reality for Black women athletes. Although Richardson used marijuana for comfort, the World Anti-Doping Agency decided to punish her to the fullest extent because it is still considered a performance-enhancing drug. The rules make it seem as if Richardson was violating “the spirit of sport,” but a closer look reveals that the sports establishment, particularly the Olympics, has never been fair to Black women athletes.

U.S. hurdler Brianna McNeal couldn’t compete at the Tokyo Olympics because she’s serving a five-year suspension for missing a doping test two days after having an abortion. Tennis champion Naomi Osaka was vilified for choosing to withdraw from press conferences this summer, even though she said the post-match questions were harming her mental health. She eventually withdrew from the French Open and Wimbledon, though she’s representing Japan in the Olympics. Namibia sprinters Christine Mboma and Beatrice Masilingi were both banned from competing in the women’s 400-meter race at the Tokyo Games because medical tests indicated that they have “naturally high testosterone levels.” Olympic gold medalist Simone Biles set a record as the first woman in history to perform the extremely dangerous Yurchenko double pike move in a competition, but the judges penalized her for being so far ahead of her competitor. Discrediting Black women athletes is par for the course in sports because these women do not fit into the white-supremacist standards of womanhood defined by the capabilities of white, cisgender female bodies, which leaves these women feeling socially inadequate.

A 2018 study conducted by Morgan State University’s School of Global Journalism and Communication even revealed the historical and cultural factors by which Black women athletes’ success and respect are hampered. Oftentimes, their appearances outweigh their athletic abilities through the media’s lens, and those notions take a toll on how they begin to value themselves. Black women athletes aren’t treated as multi-hyphenate individuals who can occupy different roles simultaneously. They’re treated more like one-dimensional circus performers who are still expected to put on a show no matter what they’re going through or how much they’re beaten down by harsh comments, punishments, or scrutiny. We’ve witnessed how Black women athletes are treated across various sports organizations compared with their male and non-Black counterparts. While stars such as LeBron James and Kyrie Irving are recognized for their social-justice advocacy, WNBA players receive little to no credit for amplifying the same causes. For Black women athletes, racism and sexism are the social triggers that cause them to appear as invisible beings in sports media. As a result, these athletes face criticism, inequality, a lack of support, and unrealistic expectations that have all become a normal part of their ongoing struggle.

The strong Black woman archetype purports that Black women are unnaturally strong, resilient, independent, and invulnerable. Because these women are physically strong, they’re also expected not to bow under the weight of the expectations set for them. So when they speak out—as Richardson has about grief, Osaka has about mental health, and Serena Williams has about gestational mortality—they’re perceived as problematic figures disrupting the culture of sports. The sports industry has only recently recognized Black women athletes as protest leaders and resistance symbols, but that progress is not enough to rectify how they have been pushed aside in the past. These athletes pay a price when it comes to maintaining their reputations, including having to hide their feelings for fear of being stigmatized for having poor attitudes or being labeled an “angry Black woman”—a trope that women such as Serena Williams have been fighting against their whole careers. The world often sees Black women athletes as a monolith that look, act, and speak in one particular way, and under the microscope of sports, they’re subject to even more scrutiny beneath the gaze of white spectators.

Most white people—specifically those in the United States—don’t comprehend the relationship between racist, repressive drug policies and sports. They aren’t interested in the politics of what Black athletes, especially Black women, deal with outside of their athletic performances. These sports fans only care how fast they can run, how far they can throw, and how high they can jump. Yet, even in these circumstances, it’s difficult for Black women athletes to exceed their expectations without being intimidating to some degree—i.e. disqualifying Richardson at the height of her career for using a drug that’s becoming widely legalized in the U.S. or punishing Biles for performing advanced moves that her competitors can’t replicate. In spite of this, someone like Biles isn’t letting the pressure get to her, though she withdrew from the team finals at the Tokyo Olympics. When asked why she would continue doing her high-level moves in competitions, she simply replied, “because I can.”

Even with all that Black women athletes give to their sports, the media has a way of spinning their narratives. This became clear following Olympic swimmer Simone Manuel’s historic gold-medal win in 2016. Instead of speaking on her outstanding performance, news articles focused on topics that took attention away from her victory. A similar chain of events happened to gymnast Gabrielle Douglas in 2012 when her physical appearance—and not her two Olympic gold medal wins—became the main topic of discussion on social media. In sports, Black women athletes can excel in the biggest international athletic competitions and still receive backlash because of the texture of their hair. “As long as Black female athletes are considered the ‘other,’ I’m going to doubt that they will get the kind of respect that we want them to get,” Stella L. Hargett, PhD, an associate professor of sociology and anthropology at Morgan State University, told The Undefeated. “That doesn’t mean they won’t get respect. The more dominant Black female athletes become in sports, the more likely they are to become the ‘other.’ If you’re going to talk about respect [for Black female athletes], that respect is always going to be conditional.”

Black women athletes are treated like one-dimensional circus performers who are still expected to put on a show no matter what they’re going through.

Despite the drawbacks Black women athletes face, they continue to find ways to persevere even in the face of adversity. Gold medalist Allyson Felix was sponsored by Nike until she became pregnant with her daughter, Camryn, in 2018. Her choice to start a family, which she described as “the kiss of death” for women in the sports industry, led to her contract being terminated. Though she originally signed with the brand because she thought it sincerely believed in women and girls, her experience during contract negotiations led her to believe otherwise. “I asked Nike to contractually guarantee that I wouldn’t be punished if I didn’t perform at my best in the months surrounding childbirth,” she wrote in her 2019 New York Times op-ed. “I wanted to set a new standard. If I, one of Nike’s most widely marketed athletes, couldn’t secure these protections, who could?” Felix’s query was a valid question for a brand that seemed to value the contributions of women. “My disappointment is not just with Nike, but with how the sports apparel industry at large treats female athletes,” she added. “We may stand behind the brands we endorse, but we also need to hold them accountable when they are marketing us to appeal to the next generation of athletes and consumers.”

Like many women athletes, Felix remained quiet about social issues throughout her career because she thought she should stay in her lane and do her job—winning gold medals. But her pregnancy was a chance for her to make a difference—not just for herself, but other women athletes. Last month, Felix launched her own brand designed specifically with women in mind. She also partnered with her sponsor Athleta and the Women’s Sports Foundation to create a grant program to help cover childcare costs for other mothers participating in the Tokyo Olympics. Her initiatives were founded to make a powerful statement: Women athletes shouldn’t have to wait on a major sponsorship to give them opportunities. They already have the power to build their own platforms. No matter how much glory and honor Black women athletes receive, they’re met with an equal amount of persecution. But they’re not giving up, even in environments where racism and sexism reign supreme. These athletes are still running their own race, at their own pace, for their own satisfaction—all to prove just how much they give to the sports they love rather than the agencies that run them.

Read this Next: “Stolen” Reclaims the Narrative of the Troubled Teen 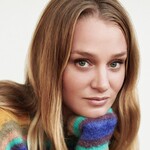 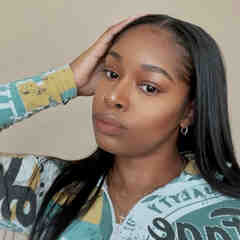 Njera Perkins is a New York-based freelance journalist who has written about music, entertainment, culture, business and technology for publications such as AfroTech, Shadow and Act, Blavity News, Okayplayer, EBONY and elsewhere. When she’s not writing, you can catch her crate digging for vinyl records.