Blood on the Tracks | Bitch Media 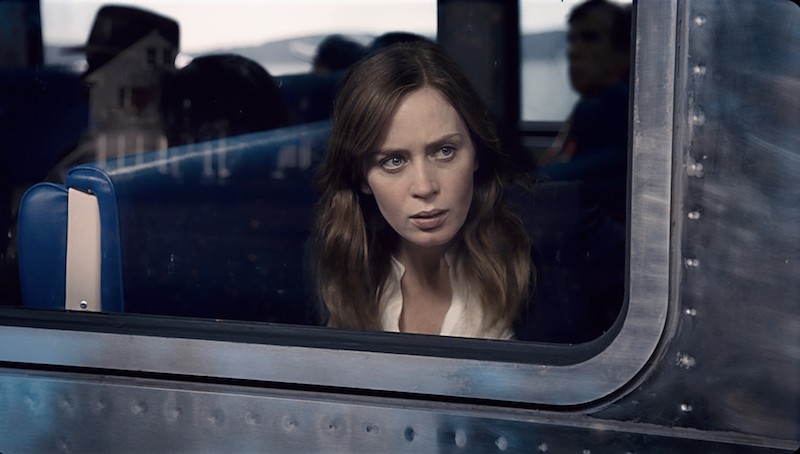 “Blood!” a fellow audience member shouted as we left the theater after seeing The Girl on the Train. “Blood, blood, blood!”

Take this as the first of many spoilers. Or don’t. It’s hard to think of The Girl on the Train without thinking of the bestselling book Gone Girl and its film adaptation, which means anyone buying a ticket to see The Girl on the Train probably has some idea what they’re in for: wealthy beige people living in their beige houses, a palette that only serves to make bloodstains and splatters stand out that much more arrestingly.

Gillian Flynn’s Gone Girl, which was published in 2012, started what can only be called the publishing industry’s girl rush: Girls on Fire, The Second Girl, The Good Girl, The American Girl, All the Missing Girls, Luckiest Girl Alive, The Girls. Girls in titles are usually imperiled, or perilous, or both, and The Girl on the Train is no exception. The movie is based on a 2015 novel by Paula Hawkins, which shot to the top of the New York Times bestseller list on the heels of Gone Girl’s success at the box office. It’s a good time to write about girls, and a terrible time to be a woman. One wonders if these two trends are related.

“I’m not the girl I used to be,” laments Rachel (Emily Blunt), the unreliable protagonist of The Girl on the Train, in the movie’s opening moments. Rachel’s life is in just-concealed shambles: Her attempts to have a baby failed, she began drinking heavily, and her now ex-husband had an affair with the realtor who helped the couple pick out their Hudson Valley dream home. Now the closest Rachel comes to her old life is glancing into her former  perfect house’s window as she rides the commuter train to New York and seeing her ex-husband’s perfect new wife holding her perfect new baby. But Rachel is mostly fixated on the house two doors down, where she sees a beautiful young woman whose marriage, Rachel imagines, offers the kind of love she has lost forever by no longer being the girl she used to be. 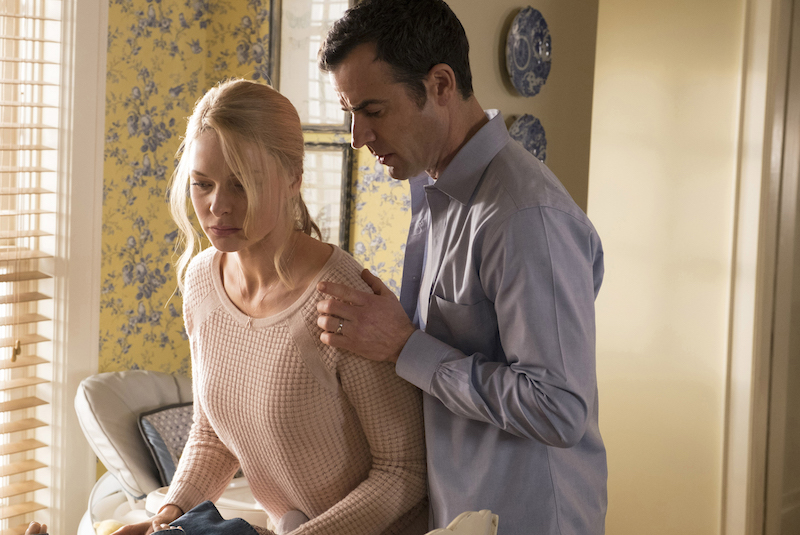 But it’s a dangerous game, this being a girl: The beautiful mystery woman predictably goes missing, and Rachel wakes up after another night of blackout binge drinking to find her hair and clothes soaked with blood. The last thing Rachel remembers is vowing to teach the beautiful mystery woman a lesson about the value of keeping a marriage intact after glimpsing her in what she assumes is a lover’s embrace. The suspense that drives The Girl on the Train comes from Rachel’s fear that she is a murderer.

The Girl on the Train is, at heart, about three rich, white women and the identities they project onto each other: Rachel; Megan (Haley Bennett), the missing woman; and Anna (Rebecca Ferguson), the realtor who slipped into Rachel’s house, marriage, and desired role as a mother. Anna sees Rachel as a monster, and vice versa; Rachel and Anna see Megan as a woman too blessed by love and beauty and youth to be anything but perfectly happy; and Megan doesn’t seem to care much about Anna and Rachel, if only because she can’t see much beyond her own profound unhappiness. In this movie, no one is as they seem, but only because we see them through the eyes of protagonists who can’t see anything clearly aside from their own regrets and desires.

The Girl on the Train is a beautifully shot film: Its images are as compelling, and as disorienting, as its narrative isn’t. Study a character’s face, presented in close-up, and you’ll see the flush and down of a cheek as a nose and forehead are thrown into blur. The closer we get, the less we see. When Emily Blunt is onscreen, it’s impossible to look away. She shows Rachel’s moments of deep desperation with the subtlest of expressions, and watching her wonder just what darkness she might harbor within her is far more absorbing than the plot’s clunky machinations of girl missing, husband questioned, body found.

The women of The Girl on the Train live in a world where they are only able to define themselves by the roles they play in the lives of others: mother, daughter, sister, wife. Mostly wife. So it seems awfully tidy when all the violence at the plot’s core turns out to be a man’s doing. After all, this is a world where not just women’s actions but women’s identities are defined by male desire and need. In the final moments of The Girl on the Train, we learn that all the trauma the movie’s women have experienced can be traced back to just one man, and his inevitable destruction means they are finally set free.

This is a satisfying conclusion, of course. It absolves the other characters of whatever guilt they might have felt and suggests that women can be kept down not by patriarchal masculinity in general, but by one very bad man. The Girl on the Train presents a palatable feminism where women can’t really be held responsible for anything: Rachel wonders if she is to blame for Megan’s death, but any guilt she feels is handily eradicated in the final act.

We know, by the end of the movie, that Rachel is not guilty of any literal violence, but what about the slow violence of projecting your desires and anxieties onto a stranger? What about being unable to see a woman clearly because all you can see when you look at her is what she has that you don’t, what you imagine she is, and what you wish you could be? What are we guilty of when we cannot see other women as anything but versions of our past and former selves? The Girl on the Train is about violence, and blood, and the trauma men inflict on women, but it also depicts a subtler and more insidious form of dehumanization: the way living in a man’s world can keep women from reaching out to each other, seeing each other clearly, and making each other’s lives better before violence becomes the only solution.

Relevant: The Horrors of Motherhood Creep Through "The Babadook" 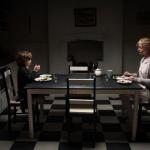 It’s the boogieman no kids talk about on playdates or at birthday parties. You don’t mention it in the living room, on...