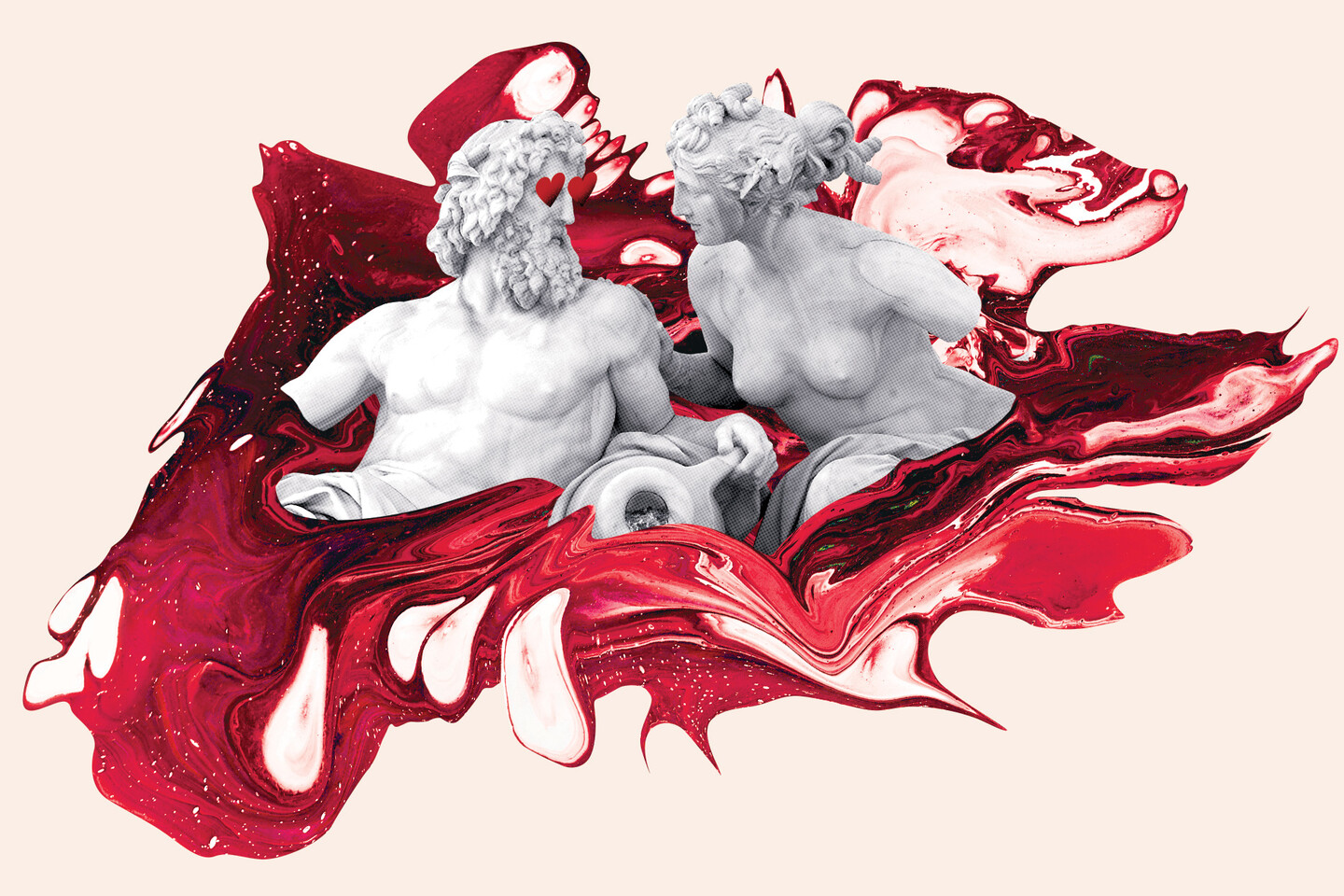 This article was published in Touch Issue #93 | Spring 2022 Subscribe »
Despite being one of the most fundamental bodily functions, periods have been dangerously misunderstood for centuries. Across countries and cultures, societies have crafted stories, myths, and, in many cases, total misconceptions about the monthly process, with varied intentions: For some, the goal was to further our understanding of reproductive health, while others used these ideas to fear-monger, inventing reasons to oppress and exclude menstruators. While bleeding, women became a locus of wicked and fantastical power, capable of turning crop fields barren, rusting metals, and poisoning dog bites. Predictably, patriarchal nations twisted these myths into so-called “scientific research” to arrive at bizarre conclusions—all contributing to the lingering taboo around the subject. Literally. “Taboo” originates from the Polynesian word “tapu.” In indigenous communities throughout the islands of Polynesia, tapu holds multiple meanings, from something sacred to a burial ritual and menstrual blood.
Menstruators, though, weren’t born with fanciful ideas about their monthly bleeding—these are things they have been taught. Here are five major myths that have shaped our thinking around periods—for better or worse. 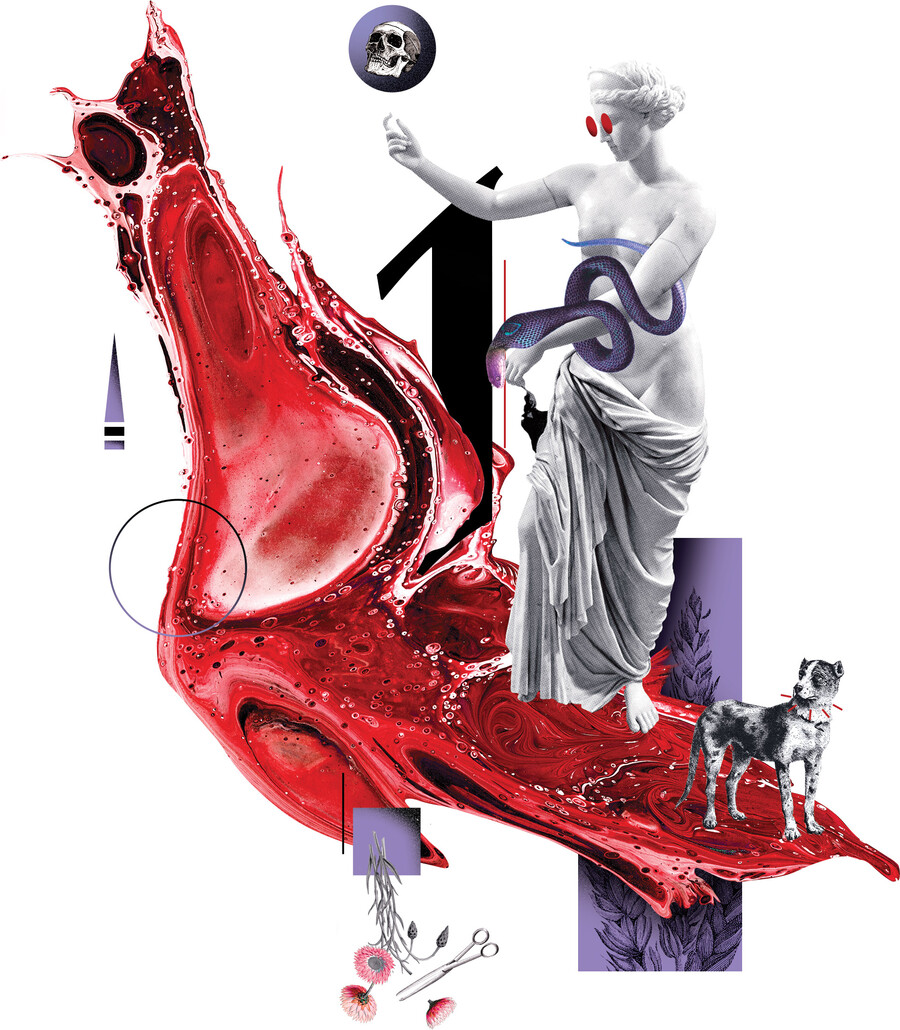 1. The Myth of Contamination

“It is a well-known fact [that bees] will forsake their hives if touched by a menstruous woman; that linen boiling in the cauldron will turn black, that the edge of a razor will become blunted, and that copper vessels will contract a fetid smell and become covered with verdigrease, on coming in contact with her.”

Pliny the Elder in The Natural History, Book XXVII

The notion that vaginas are dirty isn’t just antiquated, it’s ancient. Roman philosopher Pliny the Elder spouted some of the most outrageous claims about periods in his encyclopedia The Natural History. He wrote that menstruating people can scare hailstorms, slaughter vermin, and kill men. We could attribute these thoughts to the sheer ignorance of a man pre–modern medicine, but the idea of period toxicity persists today in communities across the world, fed by historical superstitions.
In parts of Europe, only a few decades ago, it was believed that menstruators would compromise the integrity of wine and corrupt its blood-healthy benefits (a.k.a. antioxidants). In the region that is now Germany, it was beer that was ruined; in France, it was batches of mayonnaise at risk; in Britain, it was ham. The authors of the British Medical Journal wrote in 1878: “It is a very prevalent belief amongst females both rich and poor that in curing hams, women should not rub the legs of pork with the brine pickle at the time they are menstruating.”
In the 1920s, Hungarian American professor Béla Schick decided to test long-standing belief that menstruating women could wilt flowers with one touch. He compared a bouquet set gently into water by a nonmenstruating woman to one unwatered roughly handled by a woman on her period. Those without water wilted; the “control” flowers stayed fresh for days. Later on, he expanded his experiments by adding more factors, studying, for instance, the effects of glove-wearing and the time of exposure to menstrual blood. Disregarding the inconsistency of his results, he became convinced that menstrual blood was poisonous. He explained his concept in a scientific publication where he officially named the harmful component “menotoxin.” By doing so, he legitimized the centuries of damaging mythologies that preceded his experiments, as well as those that followed.
Was the experiment utterly biased? Yes. Did the scientific community discredit the hypothesis based on the obvious lack of evidence? No. Instead, the research on menotoxin accelerated. Scientists went on to inject rats with period blood and grow plants in it. Similar studies, whose results were predictably unreplicable and are now disproven, continued all the way into the 1990s; a prime example of academia’s bias against women and refusal to acknowledge the limitations of medical knowledge.
Looking back, it might be easy to dismiss these ideas as naive, but remnants of these fables have stubbornly endured, thanks to androcentric biases that have kept cisgender men’s bodies at the center of medical researchers’ attention. The gender gap in our body of knowledge perpetuates superstition around menstruation to this day. 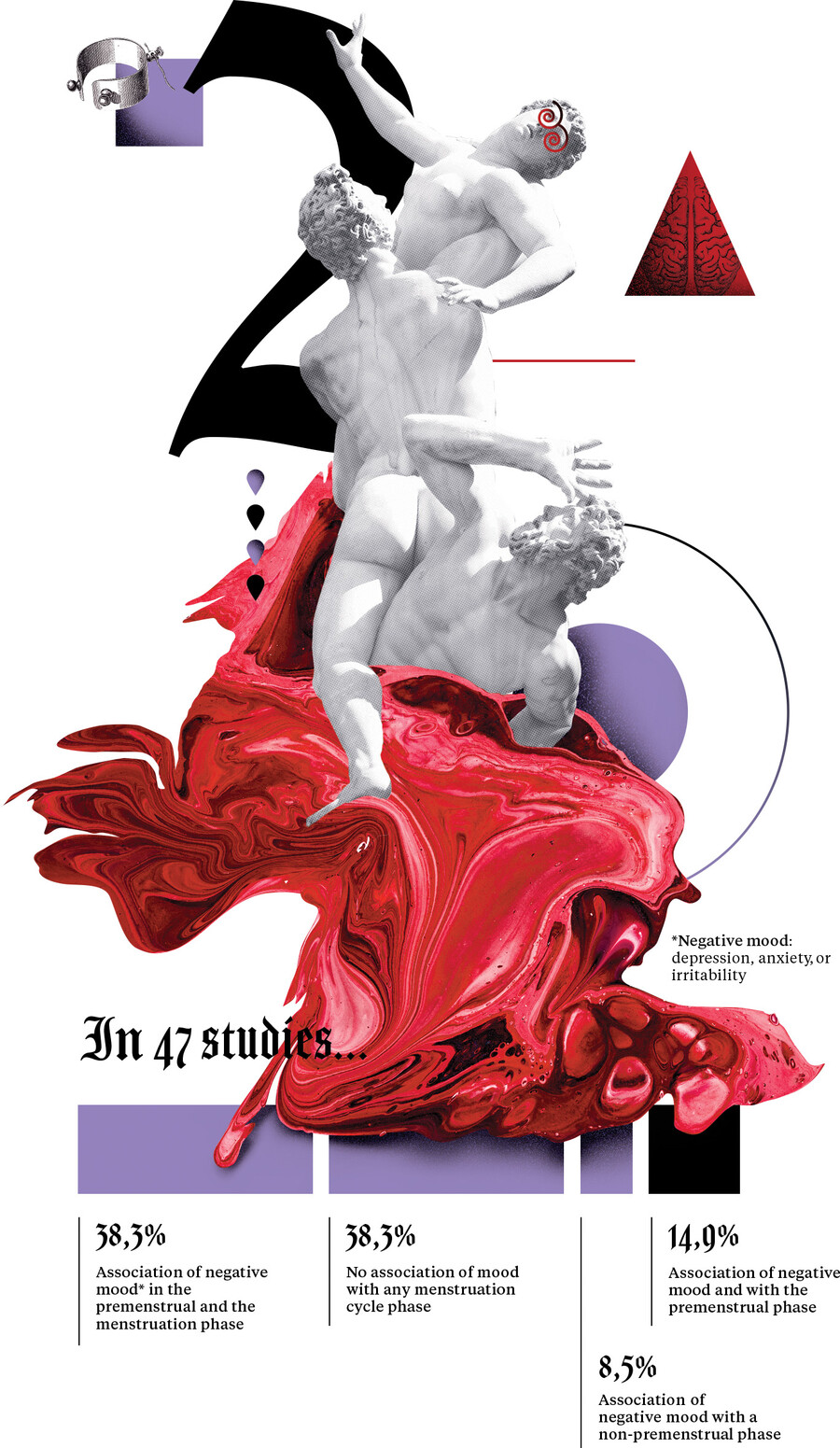 2. The Myth of Hysteria

“Suppose we had a president in the White House, a menopausal woman president who had to make the decision of the Bay of Pigs…or the Russian contretemps with Cuba at the time?”
Dr. Edgar F. Berman in a 1970 meeting of the Democratic National Committee

“Crazy.” “Moody.” “Overemotional.” “Hysterical.” These are all-too-common words hurled at women, especially when they are menstruating. Though hormones can dramatically affect anybody’s attitude, we have been conditioned to believe that women are particularly sensitive and emotionally volatile. Every woman has probably confronted insulting questions premised on menstrual cycles, whether in 1970, when Dr. Berman blabbered about presidential decision-making, or in 2016, when scores of people openly wondered about Hillary Clinton’s fitness for office. Any woman in a position of power is likely to hear some version of this nonsense on the regular.
The word “hysteria” comes from the Greek word for uterus. This so-called “illness”—doctors no longer consider it a legitimate diagnosis—was reserved solely for women. “Hysteria was basically the medical explanation for ‘everything that men found mysterious or unmanageable in women,’” reads a 2017 article from McGill University. Modern science has repeatedly disproved the idea that menstruation makes people mentally unstable, among many other popular stereotypes. For more than a third of menstruators, there’s simply no association between mood and menstrual cycle. A 2017 study published by researchers from the University of Michigan in the academic journal Nature showed that over the course of two months, male participants’ emotions fluctuated as much as women’s, including women who menstruated. If anything, menstruators’ capacity to continue working and contributing to society while bleeding is proof enough of their incredible emotional and mental fortitude. 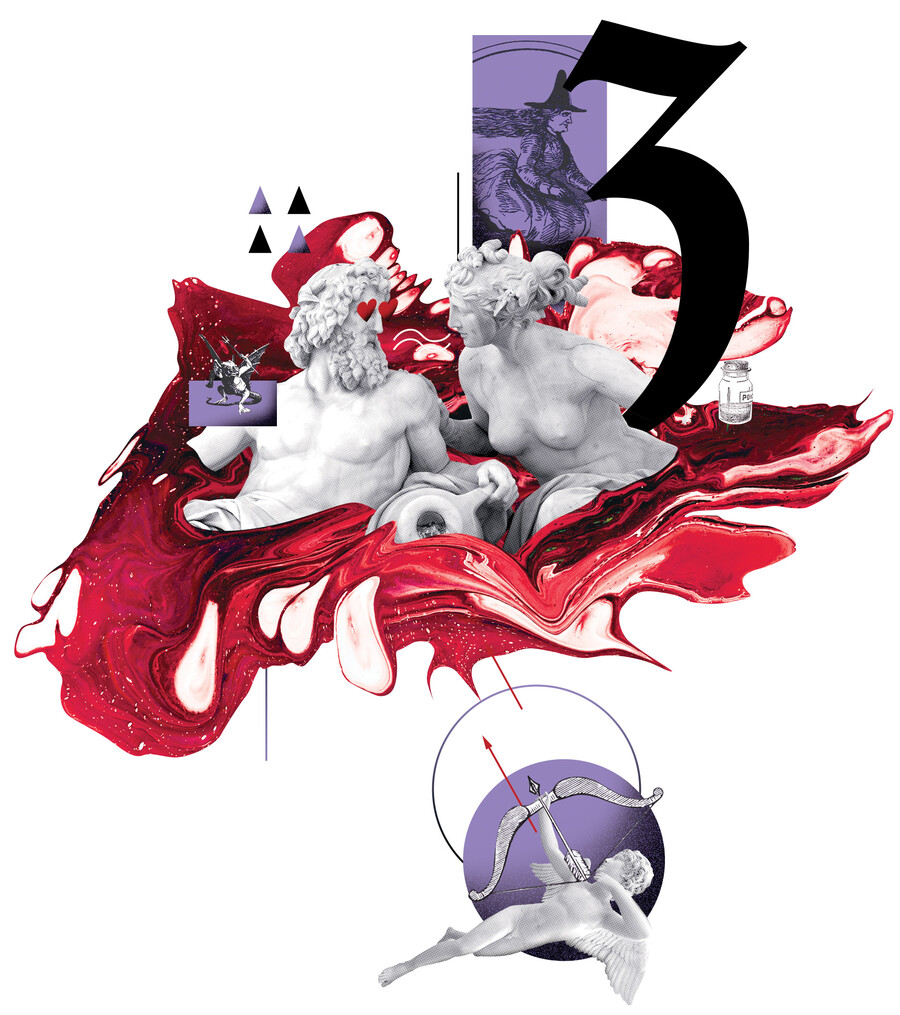 3. The Myth of Blood Magic

“These linens stained with blood are the menstrual blood of my daughter Philippa because this baptized Jewess told me that if I were to save her first blood and give it in a drink to her husband or another man, he would never care for any [other] woman.”

Confession of Béatrice de Planissoles before the Inquisition, facing charges of blasphemy, witchcraft, and heresy in 1320

Menstrual blood is not what most of us imagine when hearing the word “aphrodisiac.” But it was considered a crucial ingredient for creative concoctions in medieval France and ancient Rome, as well as in African Hoodoo traditions, even observed in studies as recently as the 1980s in the Ivory Coast. As Béatrice explained during her hearing in 1320 (below), some believed that menstrual blood could entice lovers. This coveted blood—like other bodily fluids, including semen and sweat—was an additive in potions for its supposed magical abilities: conferring immortality, warding off evil, or protecting land and livestock. Egyptians even used to smear blood on their breasts and thighs to remedy sagging.

Beyond questions of taste, ingesting this fluid can be hazardous due to the potential for blood-borne pathogens, and, unfortunately, science hasn’t yet invented a perfect love potion (with or without blood). We found no studies that attempted to refute these magical claims, but it’s safe to say that the promised effects are dubious. However, some modern witches haven’t given up the practice of using menstrual blood (there are even books on menstrual-blood love spells, with varying degrees of seriousness; to be clear, this is not a recommendation).

4. The Myth of Placebos

“It is also to be feared that the man, growing  used to the employment of anti-conceptive practices, may lose respect for the woman…and may come to the point of considering her as a mere instrument of selfish enjoyment, and no longer as his respected and beloved companion.”
Pope Paul VI in “Humanae Vitae On the Regulation of Human Births,” 1968
In a modern industrial society, a menstruator can expect to have about 450 periods during their life. That is a lot of time spent bleeding and, for some, in discomfort. Medically speaking, it’s safe for people with uteri to skip their periods when taking birth control. For decades, doctors kept this fact a secret—because of the Catholic church.
In 1955, a team of physicians from the Worcester Foundation for Experimental Biology and Harvard Medical School announced the successful clinical use of the hormone progesterone to prevent ovulation. The “Pill” was born. Under the name Enovid, the drug was first approved by the Food and Drug Administration and put on the market in 1957 as “a treatment for menstrual disorders and infertility”; it gained approval for use as a contraceptive in 1960. We know what came next. As with basically any attempt to control reproductive health, the release of the Pill generated a furious backlash, with some concerned that the Pill interfered with women’s natural processes. One doctor, John Rock, believed that a potential solution to ease these tensions was to maintain regular menstrual cycles for people on the Pill. Voila: placebo pills. But that did little to sway critics. In 1968, the Catholic church virulently opposed the Pill, and Pope Paul VI classified it as an artificial method of birth control. To go on the Pill would constitute nothing less than a mortal sin because it supposedly went against nature and, by extension, God. Nevertheless, the built-in breaks to allow for a monthly period stuck, for a long time.
It took years of data and research to address the crumbling decades-old status quo. The FDA approved the first no-period pill, Lybrel, in 2007. In the United Kingdom, it wasn’t until 2019 that health officials acknowledged that the Pill’s artificial version of menstruation provided zero health benefits. Bottom line: Menstruators can skip the placebos or not—that’s between them and their doctors. 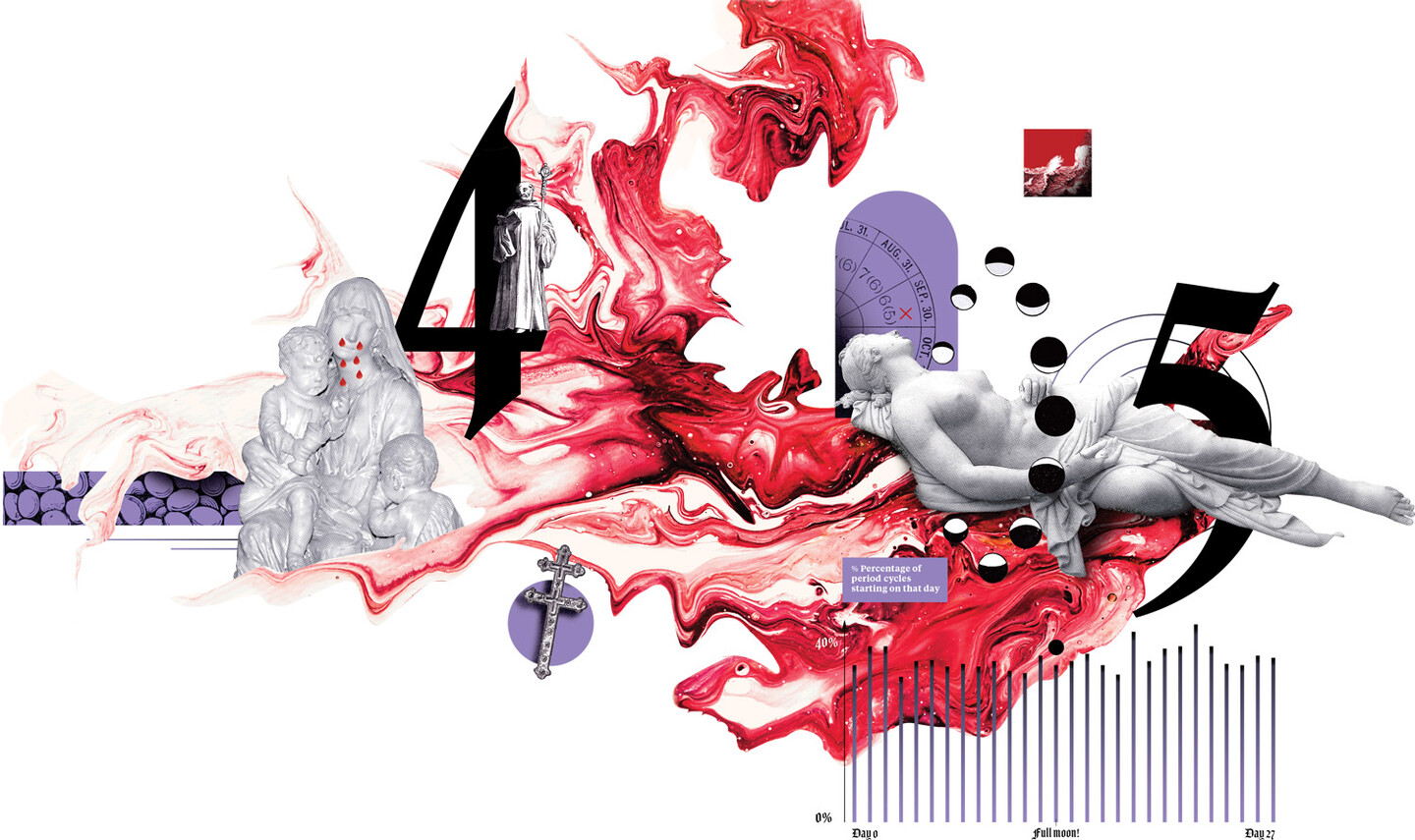 “A woman’s ekila [menstruation] is with the moon…. That’s the name of the medicine God (Komba) sent women when women put in the moon [menstruate].”
From the nomadic tribe of Bayaka Pygmy as reported by Chris Knight and Jerome Lewis in “Towards a Theory of Everything”
Etymologically, menstruation, months, and the moon are all related. Menstrual cycles are monthly, lasting an average of 28 days and mirroring the lunar cycle. Throughout history, many civilizations believed in a direct connection between the phases of the moon and menstrual cycles, including the Bayaka Pygmy community in the Congo Basin. Charles Darwin perpetuated this belief, claiming that it proved that our ancestors lived near the ocean, the women syncing their monthly flows with the tides. Though it’s a romantic notion, numerous studies have tracked the phenomenon and found no discernible link between the moon’s phases and the natural menstrual cycle apart from the fact that they occur in parallel each month. In 2019, the period-tracking app Clue looked at more than 7.5 million people’s menstrual cycles. They found that period start dates fall randomly throughout the month, regardless of lunar phases.
Menstruation has always held a mythical power in our imaginations. There are likely countless diverging beliefs surrounding this intimate corporal experience. Some of these are helpful, some are amusing, and others put menstruators’ health at risk. Most of them are scientifically unfounded.
It’s past time to ditch these notions of menstruation as a mystical phenomenon, something to be feared or mythologized or stigmatized. We could instead invest our time in unlearning the taboo and normalizing our bodies as they are, weird liquids and all. Because frankly, bleeding every month is annoying enough. 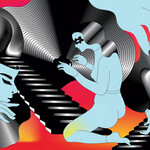 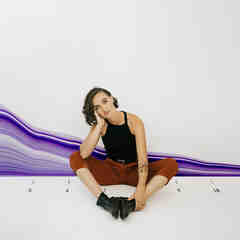