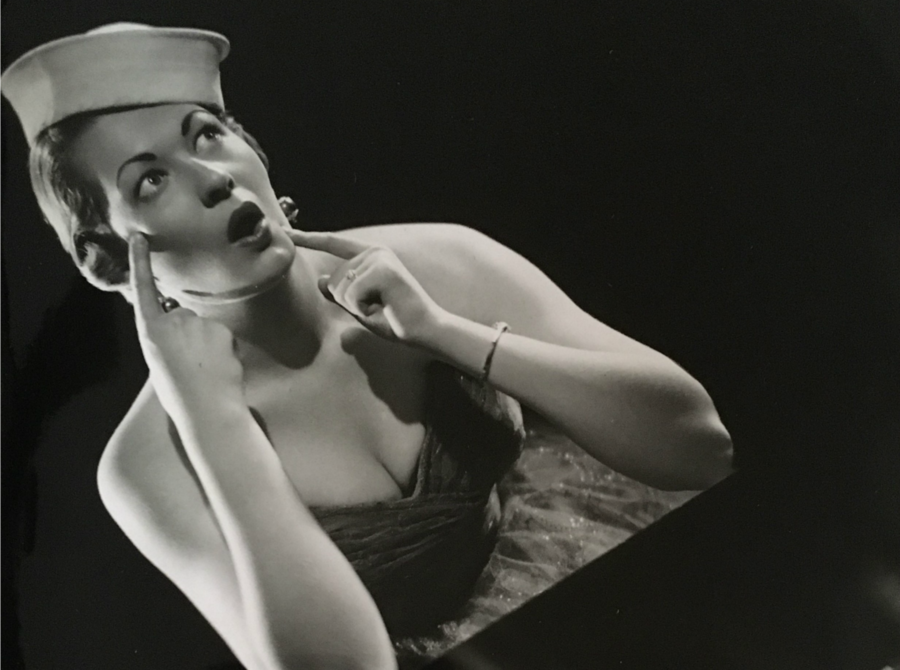 It was a tough crowd for a broad to play. In the early 1950s, Rusty Warren, then in her early 20s, was playing piano clubs in the Catskills to help pay for classes at a musical conservatory. On a typical night, the rooms were filled with husbands and wives on date nights who were ready to have some fun. The crowds would grow rowdier as the night went on, and inevitably, she would get heckled, but Warren never lost her composure. She would dish it right back to the audience. With her hair perfectly coiffed, dress immaculate, Warren had the look of a consummate professional. Her clean-cut look belied a dangerous edge, and the audience wasn’t ready for Warren’s lightning-quick comebacks. Rather than boo her off the stage, they loved her act, and she soon found herself more drawn to laughter than applause.

“All I knew was that I was doing things that were made to be fun, to be funny, to be cute,” says Warren, now 88. “I had a big mouth. I was sort of risqué, but not vulgar.” Around 1958, a manager at a piano club noticed that she was drawing crowds through her comedy, so he offered her $25 a week to add banter to her piano-playing act. Over the next few years, Warren became one of the most popular voices in the growing field of blue comedy with few matching her knack for making fun of sex and relationships. Ribaldry, or blue comedy, focuses on sex and other topics that aren’t generally discussed in “polite society.” While jokes about sex have been part of comedy since Lysistrata debuted in 411 BC, the genre has been historically dominated by men.

Warren’s been a cult favorite for decades, and a new exhibit that pays tribute to her and other comedy legends at the National Comedy Center is helping her reach a new generation of people who love to laugh. The exhibit—which opened in upstate New York this August, not far from where Warren’s career began—explores censorship and taboo jokes in comedy and rightly places Warren alongside peers such as Lenny Bruce. This is a long overdue chance for her to be more than a historical side note. “We would be hard pressed to tell the story of comedy without educating our visitors about innovators like Rusty Warren,” says Laura LaPlaca, director of Archives at the National Comedy Center. “Rusty [Warren] defied all odds: she went from playing piano in Midwestern cocktail lounges to becoming one of the best-selling recording artists of the 1960s.”

Warren is part of a long line of bawdy female comedians who gained popularity in clubs and burlesque rooms through the 1930s and ’40s, including Nan Blackstone, Sophie Tucker, Jackie “Moms” Mabley, Belle Barth, and LaWanda Page. Early in her career, Warren went to Barth’s shows because she was “very loud and risqué and naughty,” and Barth later urged Warren to pursue comedy. While women in comedy were still a rarity in the ’50s, Warren remembers a sense of camaraderie with other comedians such as Joan Rivers and Phyllis Diller, though their jokes were never as sexually suggestive as hers. To find mainstream success, many female comedians had to choose to either stick with edgier humor or tone down their act to be more palatable to mass audiences.

Comedians like Page and Mabley (one of the few openly lesbian entertainers of the time), found success on the Chitlin Circuit, but Black women in comedy still faced extra pressure to tone down their act for TV. Page became best known for her work as Aunt Esther on Sanford and Son, a more subdued version of characters from her act. White audiences weren’t widely exposed to Mabley until, decades into her career, she appeared on the Smothers Brothers Comedy Hour. In contrast, Warren’s risqué approach became part of her allure. With her gravel-voiced laugh, heaven-aspiring red bouffant, and fabulous jewel-toned gowns, Warren was less girl next door and more hip family friend. “I was the one kicking it out, telling the world, ‘[It’s] okay, gals. We don’t have to wait for somebody to do something to us,’” Warren says. “It was a hell of a time. It was part of women being okay about their sexuality.”

At the start of her career, Warren was on a grueling touring schedule, playing packed shows from coast to coast, and her unique brand of comedy resonated with many as social mores and perceptions of gender evolved. Post-war America was marked by it’s stark conservatism as women were encouraged to become wives and stay-at-home mothers. By the end of the decade, however, the growing civil-rights movement encouraged people to question societal norms, and developments such as the birth control pill and Alfred Kinsey’s research in Sexual Behavior in the Human Female challenged existing attitudes about sex and sexuality.

Bounce Your Boobies (A Patriotic Song)

While Warren doesn’t identify as a feminist, she saw the late ’50s and ’60s as an awakening. “The world opened, got bigger and better. Men would do their thing and women would be independent too, saying, ‘No, I’m not going to go do that. No, I’m not going to go there.’” Word of mouth played a significant role in building Warren’s popularity, as one after another of her records went gold. Women came to her shows in droves, often bringing their husbands with them, but she was rarely invited on television or radio shows because she focused so heavily on sex. Rusty Warren’s albums were the ones adults put on after putting their kids to bed.

Her jabs could be sharp, but were always softened with a wink. It was all about having a good time, and getting men and women to laugh together. And for every joke about women, there was usually twice as many making fun of men about penis size and being lousy in bed—nothing was off the table. One of Warren’s most popular bits was the cheeky “Bounce Your Boobies,” delivered over a patriotic melody. She’d also embolden women to get up for the “Knocker’s Up March.” By the end of the song, she’d have women laughing and parading around the room.

Rusty Warren’s large female following guaranteed that she always played to packed audiences, but it was also used to discount her. Cultural attitudes were changing enough that many men and women connected with Warren’s message, but female comedians were still treated as niche rather than vanguard. She was particularly devastated by a 1963 TIME profile titled “Barnyard Girl,” which painted her as unsophisticated and crass. The author declared her “just another dirty comedian who deprives sex of all its grace and sophistication, while she claims to be helping inhibited females to enjoy themselves.” 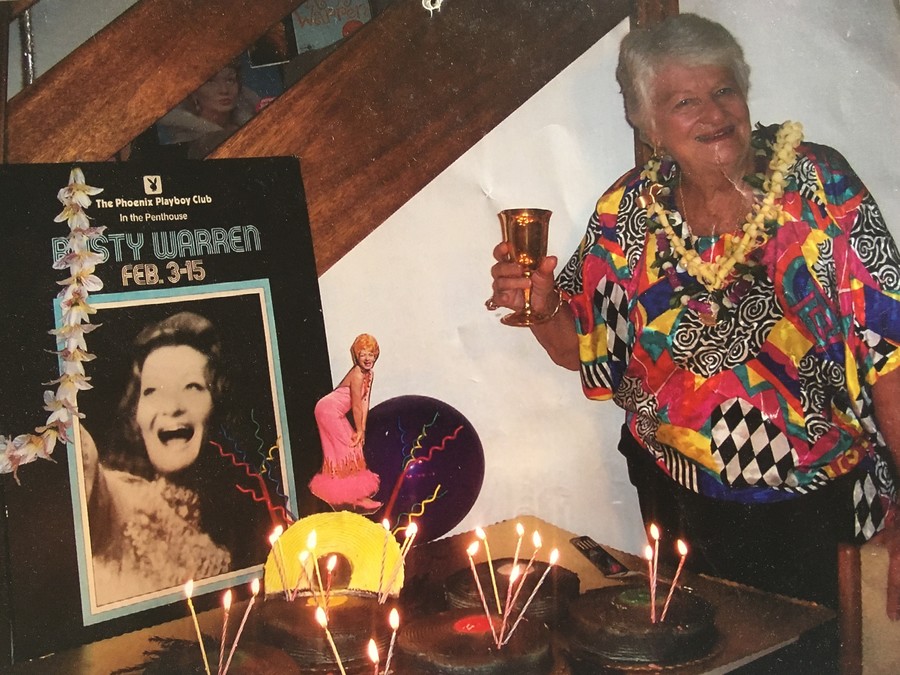 The article focused on the elder “matronly” crowds at Warren’s shows, writing off her act because women liked it. Warren was furious about the article, most of all because it insulted her fans, implying they were stupid or “uptight.” Many women in comedy are still fighting the “women aren’t funny” prejudice, though more women comedians are tackling sexism through their stand-ups and finding success outside of the traditional comedy world. Jessica Williams and Phoebe Robinson have used 2 Dope Queens to highlight performers from marginalized communities while comedians like Hannah Gadsby have challenged stand-up as a whole, upturning the genre’s tropes to comment on the sexism and homophobia she’s experienced as a queer woman in comedy.

Even now, Warren still remains fiercely protective and appreciative of her fans, particularly women. Warren notably navigated a challenging time for all Americans, but especially comedians, and in the process, as Laura LaPlaca explains, “laid groundwork for progressive social change and opened doors for other outspoken comedic artists who would follow in her wake.” While the recognition Warren is finally receiving is belated, it’s still warmly appreciated.

“They are still [playing] my albums today,” Warren laughs. “All of a sudden here we go again. I’m a giant.”

“This Is Not That Bad”