Board of Education | Bitch Media 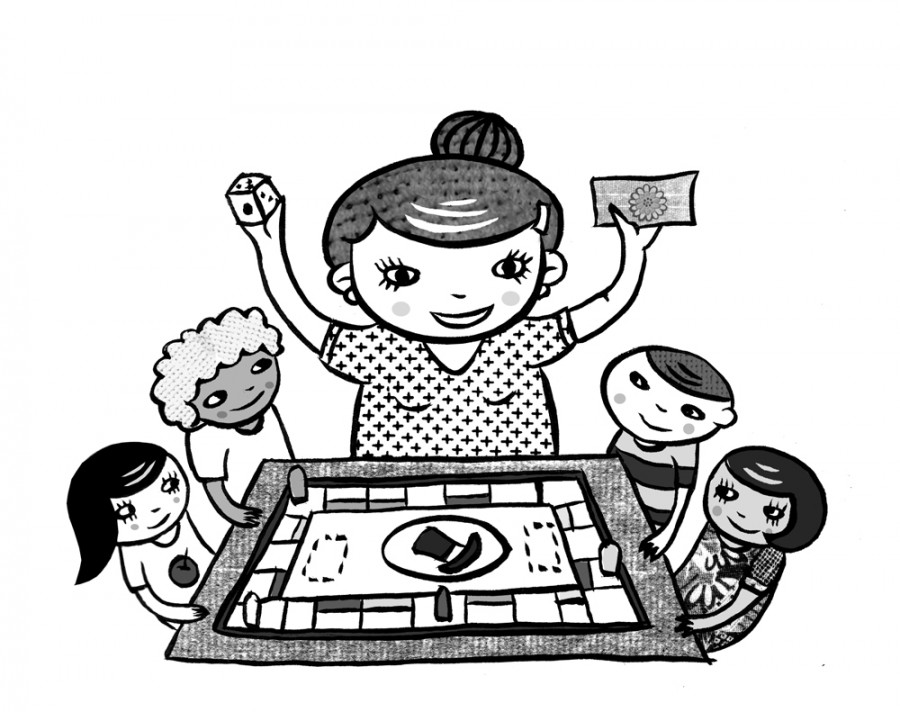 Each semester in my American popular culture class, my students and I spend a night playing board games. I start them off with games for small children, like memory cards or Strawberry Shortcake adventure games. They play self-consciously, giggling at the losers who can’t master a game for preschoolers, but loosen up enough to start looking beyond the activity for the deeper meanings.

Then I bring out the big guns—Clue, Life, and Monopoly. The students invariably light up, lose all discomfort, and fight over who gets to play Monopoly, seizing on favorite game pieces like the Scottie dog or the race car. Instead of leaving at 9:30, we all hang around, watching the game with glee, urging the players to buy houses, groaning when someone goes to jail, admiring a particularly crafty strategy.

On the surface, Monopoly is all about buying, acquiring, jumping from purchase to purchase, and hoping to build some solid ground under your feet—which quickly turns to thoughts of expansion, empire building, and total world domination. Sound familiar? But the game’s structure also allows for all kinds of individual modifications. One of my personal favorites is the practice of paying all the fees into the middle of the board and creating a free-parking jackpot, but my students always seem shocked—almost betrayed—that this isn’t sanctioned by the game’s official rules. Economists who have studied the way Monopoly is played have found that with each variation, the strategic elements of the game are weakened, and the possibilities for luck and chance blossom.

Monopoly emerged in the dark days of the mid-1930s, a time when doubts about America’s future ran rampant. I like to read my students a quote from literary magazine the Sun, from an author remembering when Monopoly burst onto the scene and “players became utterly engrossed in the game, handling huge sums of money, buying houses and hotels, wheeling and dealing, shouting and laughing, feeling rich and powerful for one night.” Doesn’t part of the game’s appeal result from watching other people go bankrupt, taking pleasure in the survival of the fittest, in a kind of ethical ­flexibility that is the United States’ trademark in the world today?

I ask my students: Does a business-style monopoly ever really happen in the game, or are you encouraged to place your wealth in what Americans have always relied on, from Scarlett O’Hara to the Western pioneers—land?

I say all of these things and more, and my students pretend to listen, but I get sucked into the fun of the game every semester, offering to be the banker, laughing and cheering on different students as they go for broke or win the jackpot. We stay late each night, and groan in resignation when we realize that the game has to end.