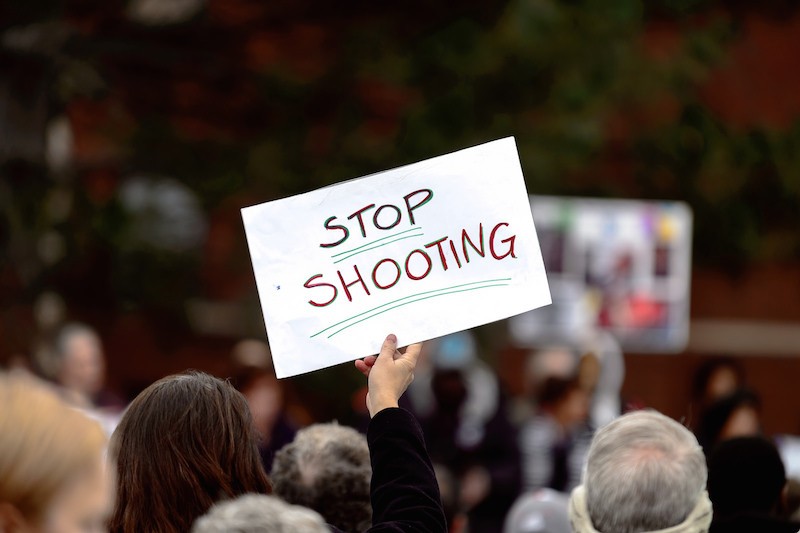 A Black Lives Matter protest in 2014. Photo via Creative Commons.

This week, the United States saw its 558th fatal police shooting in 2016. It was a bystander’s cell phone video that captured the killing of 37-year-old Alton Sterling in Baton Rouge, Louisiana—not video from police officer body cameras, which are touted as tools of accountability. What the bystander’s video shows is unmistakable: Two white police officers pin Sterling, who is Black, to the ground and shoot him.

We shouldn’t need to have police brutality on video to recognize it is a reality. But that’s the way this system has been functioning: Without video proof, there’s very little call for change from officials who oversee the police. Even with concrete footage, very little is done to create justice and accountability. The video clip of Sterling’s death is traumatic to watch—it shows the up-close horror of an act of violence that is all too common in our country.

The Guardian database The Counted keeps track of fatal officer-involved shootings in the United States.

Since the release of the video, it has felt like officials are following a well-worn script. As people loudly protest the incident of police brutality, Baton Rouge’s mayor defended the city and called for “healing.” The local police dismissed calls to resign and defended the quality of the police force, saying, “We have done a lot of good in this community. We have worked very hard in this community.” The only difference between this shooting and the other 557 shootings so far this year is that the Department of Justice very swiftly announced that it would investigate the incident. “The Justice Department will collect all available facts and evidence and conduct a fair, thorough and impartial investigation,” said DOJ spokesman David Jacobs in a statement. Even if they find that the officers were at fault, will those officers be prosecuted or fired? Looking at the history of police shootings, if officials follow the same script as past incidents, the officers will very likely keep their jobs and avoid accountability.

Meanwhile, the family of Alton Sterling is grieving. In a moving press conference this morning, Sterling’s 15-year-old son broke down crying as his mom spoke about the death. That scene of pure emotion shows the pain that this has caused. Victims of shootings aren’t just numbers—behind each of those 558 people are families grieving someone they loved.

This killing is a stark reminder that filming the police won’t keep us safe, especially for Black folks, as evidenced by reels of footage showing officers using undue force against Black citizens. Many calls for police reform have started and ended with body cameras as a solution to violence. But the officers in this case were wearing body cameras. They said the cameras fell off. Because someone happened to be filming the incident, we know what happened to Sterling. The country can share in the outrage of his family. That video might create some necessary change, but that video didn’t save his life. Even as they were being filmed, the police went ahead and pinned him down and shot him. Maybe they thought they would never face punishment for shooting him. And the sad part is, they’re probably right. We don’t just need body cameras—we need complete institutional change.

Read This Next: Sister Soldiers — Black Women, Police Brutality, and the True Meaning of Liberation
Read This Next: Trump's Racism Could Backfire as He Inspired Latinas to Go Vote Against Him