Who Gets to be a Cyborg? | Bitch Media

Body ConsciousWho Gets to Be a Cyborg? 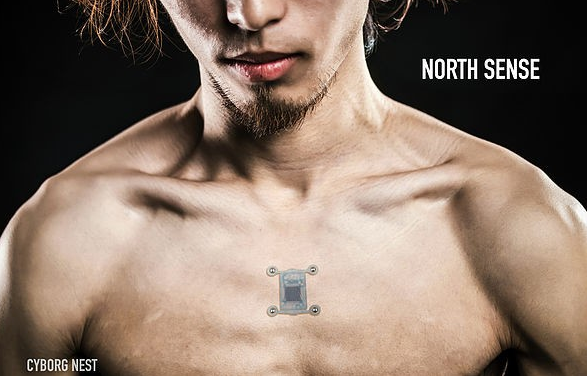 The North Sense device looks as innocuous as it does inscrutable: translucent silicon, metal bits, a microchip. It’s tech for sure, but it’s not an extension for your phone or computer—it’s made to be an extension of your body. Using two barbell anchors, a common piece of jewelry for dermal implants, the North Sense is affixed to the skin, ideally somewhere on the upper chest, and vibrates whenever the user faces true north. Its creators, Liviu Babitz and Scott Cohen, believe that this “exo-sense” device is an enhancement that will lead to new experiences with and a deeper connection to the environment: “We know that there is more around us than our senses can detect,” they claim on their company website, Cyborg Nest. “We design new senses to sense some of this. The reason is simple. Adding more senses will make you smarter and result in a richer life experience.”

The North Sense is the first commercial foray into biohacking, a lifestyle culture that configures the body as a barely functional baseline begging to be redesigned. These are today’s self-proclaimed cyborgs, the ones who live in the interstices between industrial design, computer programming, and body modification.

There is a spectrum to biohacking. It starts with relatively light mods like North Sense’s, with external hardware that uses reliable body- modification techniques like dermal implant piercings. There are specialists whose tech extensions are particular and semi-permanent, and which they consider to be innate parts of themselves, like Neil Harbisson’s “eyeborg” that allows him to “hear” color, and Moon Ribas’s elbow implant that allows her to sense whenever there’s a reported earthquake anywhere in the world. And then on the fringes of biohacking are the “grinders,” like Shawn Sarver and Tim Cannon of Grindhouse Wetware, experimenters and tinkerers who implant, insert, and attach new and untested tech designs to their bodies—without anesthesia or formal medical training—in the name of self-enhancement.

But whatever the given “enhancement,” the point for many of these new cyborgs is the very fact of enhancement rather than its particularities. The common element across this spectrum of biohacking is the belief in “upgrading” human hardware, and that makes for a far more intimate connection to technology than mere tool usage. For it to be a true hack, the tech extension must become a part of you: “You don’t decide to leave your eyes at home, or your ears at home,” Babitz noted in an interview with Vice. “The technology here is not the main thing. The way technology is used, that’s the radical change.” So while a magnet implanted in your fingertip is functionally not much more than a neat party trick, the implication is intoxicating: a piece of hardware in your body can extend your functions, your senses, your humanity. With the right tech, we can take human evolution into our own hands, designing and shaping our futures.

What we’re seeing in biohackers is the emergence of a contemporary body-culture zeitgeist that imbricates technological advancements into the human body. Biohackers, fringe though they may be for now, are on the leading edge of a possible future, one in which our ubiquitous technologies are also embedded, a hastening of human advancement. Biological evolution is unwieldy, unpredictable, and more to the point, slow—if we have the technology to speed things up a bit, well, why not head toward the horizon as fast as possible?

With each new iteration of tech objects, we see them coming closer and closer to the body. The development of The North Sense and the subsequent commercialization of biohacking corroborates this rush to body-tech integration. Now, the cyborgian vision of heads up displays in contact lenses (or corneas), feels less like a fantasy and more like an eventuality. 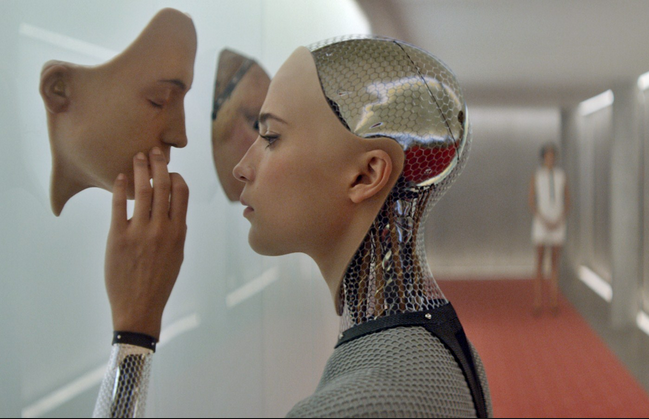 So it matters that women are not generally considered active players in this transcendent vision of the future. As Rose Eveleth has pointed out, women have always been bodyhackers. Much of the futuristic sheen is washed off when we think of biohacking in terms of footbinding, corsetry, plastic surgery, or even IUDs. Yet most of these categories are considered sheer vanity at best, while interest in women’s reproductive health is unsexy and therefore unfundable. Despite bearing some of the most high-tech bodily interventions for the longest span of time, technologies that center non-male bodies seem to barely be considered “tech” at all. There are plenty of female cyborgs in pop culture—we all know the fembots, borg queens, and replicants. Why then is the real possibility of a female cyborg absent from today’s conversations about technology?

You’ll often hear contemporary tech discourse espousing a belief in tech for “all” bodies, a pseudo-egalitarianism that does little more than codify business as usual. This humanism definitionally positions itself as an episteme for universal human experience, and that means eliding or even fully denying the contingencies of bodies that fall outside normal and accepted categories—too specific and things get a little too icky to be chromewashed. Normie tech would have all women become clean, sexy cylons before developing new breast pumps or tampons.

The kind of humanism espoused by contemporary tech junkies is a failure of the imagination. If biohacking is about the power to change the basic functionality and fundamental experiences of our bodies, it’s important that we actually look at what those functionalities and experiences are. We need to be careful not to conflate technological advancements with social or political ones. Tech by itself is not radical, even if it’s stapled to your chest.

Relevant: But Do We Need an App for That? The New Trend of Consent Technology 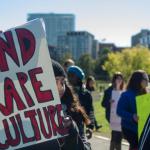 We have apps to help us sleep, to help us read the day’s headlines, and to...