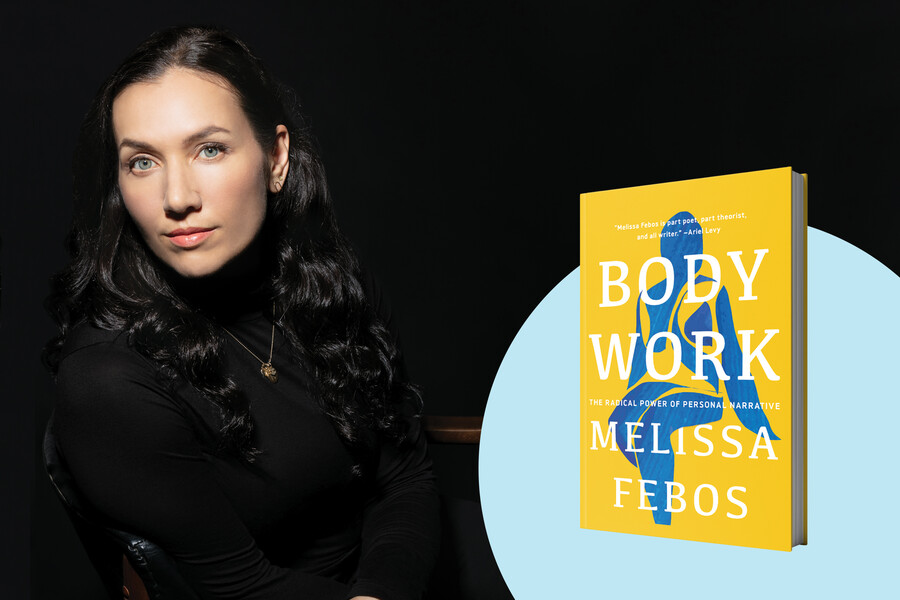 This article was published in Touch Issue #93 | Spring 2022 Subscribe »
In her new book, Body Work: The Radical Power of Personal Narrative, Melissa Febos takes a close look at the ways in which writing and intimacy collide, using illustrations from her real life as an author, writer, professor, recovering drug user, and former sex worker. In this bold and exhilarating mix of memoir and master class, Febos tackles the emotional, psychological, and physical work of writing intimately while offering an utterly fresh examination of the storyteller’s life and the questions that run through it.
How might we go about capturing on the page the relationships that have formed us? How do we write about our bodies, their desires and traumas? What does it mean for an author’s way of writing, or living, to be dismissed as “navel-gazing”—or else hailed as “so brave, so raw”? And to whom, in the end, do our most intimate stories belong? Candid and inspiring, Body Work will empower readers and writers alike, offering ideas—and occasional notes of caution—to anyone who has ever hoped to see themselves in a story. In this interview with Bitch, Febos discusses how we write our bodily experiences, from sex and pleasure to trauma, and provides many new insights into how we bring our bodies to the page as writers.
In Body Work, you talk about being resistant to memoir earlier in your life. Obviously that must have changed. Can you talk about that journey?
When I was a young reader, I didn’t even distinguish between memoir and fiction—I didn’t care how factual a story was; the sort of truth I read for wasn’t denoted by any word on a book’s cover. But as I studied writing in college, I began soaking up the ambient disdain for memoir. In both explicit and implicit terms, writers and critics taught me that it was embarrassing to find your own story more worth telling than someone else’s, than a fabricated one. Or, at least, it was embarrassing to admit it—especially for women, which was whom everyone pictured when they pictured a memoirist.
So I did what my classmates did and wrote fiction that was opaquely veiled autobiography, and ever the worse for its disguise. I never considered writing memoir right up until the moment I started doing so. It’s probably more accurate to say that a memoir started writing me. It didn’t feel like a choice. When I yielded to that book, I had to reckon with what exactly I’d thought was so embarrassing about making art out of my own story. It turned out that I didn’t think it was embarrassing. Bad art was embarrassing, but memoir held no corner on bad art. I loved the work of transforming my memories into something worth a stranger’s time. What resulted was also, unquestionably, the best art I’d ever made by a mile. So I had to learn to argue with and ignore the voice I’d internalized that kept telling me to shut up, as I’ve had to do so many times before. The patriarchy is adept at whispering to me in my own voice. In many ways, Body Work is about the process of discerning it.
Can you talk about the role of shame, particularly the shame related to our bodies, in storytelling and in creating social change?
The most common consequence of shame is silence, therefore rendering it a powerful political tool, and incredibly effective agent of oppression. Shame can cause an individual to internalize and personalize a social dynamic. Body terrorism—whether it is white supremacy, fatphobia, queerphobia, misogyny, ableism, ageism, transphobia, or xenophobia—is systemic social oppression at work in individuals; every person who enacts it, and every person who receives it, who internalizes it. Sonya Renee Taylor writes in her brilliant book The Body is Not An Apology that “Body terrorism is a hideous tower whose primary support beam is the belief that there is a hierarchy of bodies. We uphold the system by internalizing this hierarchy and using it to situate our own value and worth in the world.”
I believe that the bias against memoir is often a disguised bias against the stories of people with bodies that are situated lower on that hierarchy. By insisting that it isn’t an expression of systemic oppression but the inherent inferiority of an individual’s story or a kind of story or an entire genre that happens to be populated by such people’s stories, that bias works to maintain the silence of those writers and, therefore, the status quo.

I had to learn to argue with and ignore the voice I’d internalized that kept telling me to shut up. The patriarchy is adept at whispering to me in my own voice.

Truth is contagious. When we see someone naming an experience that we share, one that we were ashamed of, that we thought was unique to us, it frees us from that misconception. It frees us from shame. Storytelling is the basis of every grassroots social movement, whether it is in the context of consciousness-raising groups, pamphlets, slave narratives, Tumblr posts, Twitter threads, or memoirs. It is the antidote to shame.
In the book, you write that memoir is a diorama of experience. How does the body and what it experiences relate to memoir and storytelling?
Well, memoir is a work of art, and the aesthetic concerns of memoir are distinct from most of what I’ve mentioned so far. A story can have political power without being artful. The dioramic nature of writing memoir is one of the places where the aesthetic concerns synthesize with the psychological nature of the process. One of the things that makes memoiristic storytelling compelling is that the narrative of the book is not only that of what happened in the past, but that of the process of completing one’s picture of the past. When I live through something, my psyche’s primary concerns are to survive and to navigate that event. The story I’m building of the event while it’s happening is a story that will help me move through it with my ego intact. That story is not usually the one most worth telling or reproducing in art. It isn’t the most honest or complete story. It’s often monodimensional. When an experience is what we might call “traumatic,” that narrative-building is even more incomplete. Truly traumatic experiences are narrative-resistant. The psyche gets frozen in midprocess, stuck in the most overwhelming part of the event, like a skipping record. Almost all forms of trauma therapy include some form of narrative completion. Recovery entails telling the story of the event—sometimes in words, sometimes more somatically—so that the psyche can integrate it and understand that it is over, that we are safe now. Writing a memoir is building a diorama of the past and populating it with information that I did not have access to, or wasn’t interested in, while I was undergoing the experience. It accesses the perspective of my calm and ruminative mind while I have the safety of being able to modulate my experience. I can stop at any time, take a walk, make a call, go to therapy, take a bath. The story I complete in my memoir is one that draws upon all my resources: the wisdom of my cool mind, my conversations with others, outside texts, etc. Enacting this process on the page does a kind of transformative work on my own memories and mind, and it demonstrates that transformation artfully for my readers. In this way, insight becomes part of the art of the book, and the writing process can become a site of healing.

In your last book, Girlhood, you talked a lot about the ways patriarchy impacts girls and women. In Body Work we see a very similar extension of these themes that’s more focused on the ways our bodies impact our writing. What would you say led you to writing this book in particular?
I have been teaching creative writing for 15 years, primarily creative nonfiction. Early on, I found myself repeating certain arguments over and over to the same kinds of students. Mostly, writers of difference who were plagued by the fear that by telling their own stories they would be seen as self-indulgent, whiny, insufferable diarists, narcissists. While talent and commitment seemed distributed pretty equally among all my students, the students of more dominant identities rarely seemed to suffer from this internal voice. For 15 years, I have been telling my students the story of my own reckoning with that voice, and I finally became interested in sharing it with a larger audience.
I also consistently saw and heard my own peers recapitulating the same tired arguments about memoir and personal narrative. Of course a work’s inclusion of the personal or the traumatic did not guarantee that it would sell or be read or be good. Every well-worn trope must be overhauled by the artist working in similar subject matter (one of my favorite critics, Parul Sehgal, recently wrote a wonderful essay on this topic). But to claim that any work that included such material was inferior? Or that the stories of historically silenced groups were already banal, beside literal centuries of white hero’s journeys? It was not an argument for aesthetic value (as it purported to be), but one that overlooked it entirely. The ignorance of this supposition’s inherent biases drove me mad. I decided to write down all my thoughts about it, so I could stop shouting them in my own head.
A version of this article appears in Bitch’s Touch issue (Spring 2022). This interview has been edited and condensed for clarity and length.

Read this Next: “The Invisible Kingdom” Shines a Light on Women’s Chronic Pain 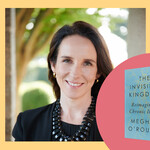 by Brijana Prooker
Bitch interviewed Meghan O’Rourke, author of “The Invisible Kingdom,” about the gender bias in medicine and the plight of the “invisible” illness. 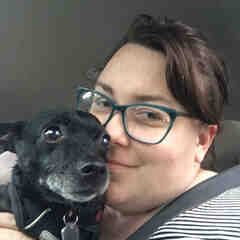 Laura LeMoon is a sex worker, writer and author. Her essays, interviews, and activism work have been featured in Huffington Post, the Associated Press, The Daily Beast, Rolling Stone, and more. She has worked for the CDC, DOJ, and United Nations as a consultant and technical writer. She lives in Seattle with her rescue pup, Coco Bean.