In the End, BoJack Heals—but at Whose Expense? 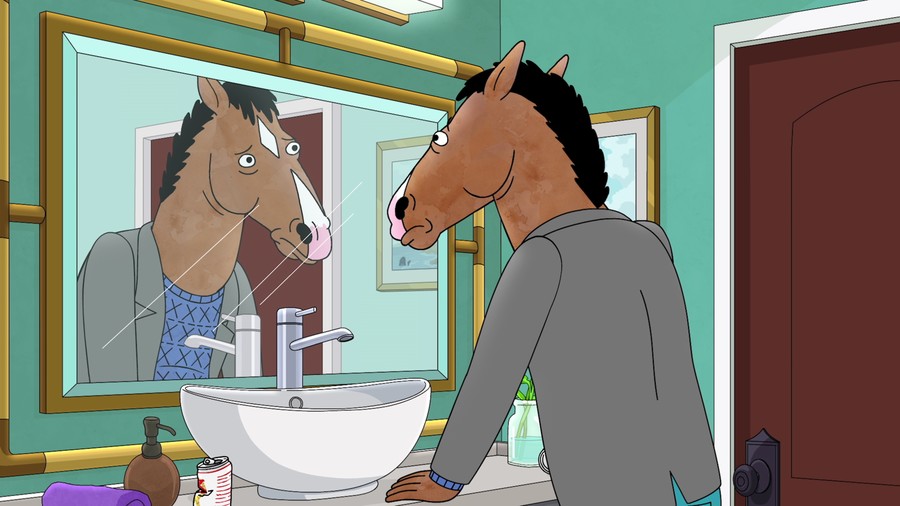 For five seasons, we’ve watched BoJack Horseman (Will Arnett), an alcoholic horse once famous for starring in a ’90s sitcom called Horsin’ Around, ruin his life; we’ve also watched as his penchant for unproductive self-critique and lack of introspection ruin the lives of the women around him. But in Part One of Season Six (Part Two will drop on Netflix January 31, 2020), we watch BoJack try to heal. At the urging of his sometimes-friend/sometimes-crush, Diane (Alison Brie), BoJack goes to rehab and begins apologizing to those he’s hurt; shockingly, he doesn’t drink or do drugs. He actually seems to have renewed care for the women in his life, and, for the first half of the season, it feels like there’s hope. But by Part One’s end, there’s a twist in perspective and scope, and we’re left wondering: What about the women BoJack has harmed along his sometimes violent, sometimes shameful, path to healing?

One of the new season’s strongest plot points is that the impetus for BoJack’s healing is his realization that Sarah Lynn (Kristen Schaal) attempted treatment at the same center he’s checked himself into. On Horsin’ Around, BoJack played Sarah Lynn’s adoptive father; in real life, he acted as a father figure to her. Their relationship was complicated and, eventually, toxic. At the start of rehab, BoJack doesn’t take his healing process seriously: Over a montage, we watch as BoJack sleeps through yoga, stumbles through mountainside jogs, and sits silently through group therapy, shrugging off its necessity. But seeing a photo of Sarah Lynn from when she checked into the facility years prior jolts him into considering her death and his role in it: She was out of rehab and mostly avoiding drugs until she stayed with BoJack, who not only did drugs with her, but slept with her during their drug haze.

As the montage continues, we see BoJack committing to the process—pushing through yoga, doing the mountainside jogs, and becoming increasingly vocal in group therapy, animatedly sharing his story and supporting his cohort. Throughout his time in treatment and in therapy, BoJack writes letter after letter to Diane sharing how rehab is going and how he’s feeling. He was not at all great to her. Their relationship was a toxic one, as, upon their meeting, Diane became a means by which BoJack came to better understand himself. She was even writing a book about him, something that forced her to listen to the ins and outs of his childhood and eventual bad decisions as an adult.

As they spent more time together, she took on the role of a tool rather than a human being; and because BoJack loves little more than watching himself as an outside viewer (hence his constant rewatching of Horsin’ Around episodes), he came to love Diane, too, in his own twisted sort of way, trying to kiss her despite her relationship with Mr. Peanutbutter (Paul F. Tompkins), his friend-slash-nemesis. Still, in comparison to his treatment of most of the women in his life, BoJack isn’t that bad to Diane. And yet she’s the one he chooses to engage with in this more thoughtful way, sharing the details of his healing and using her, again, as a tool by which to express himself. Ironically, Diane is largely unaware of this; as she travels and pursues her career and develops her own sense of self—instead of working on BoJack’s—his letters pile up in her mailbox.

BoJack’s healing stands out most in two episodes. In “The Face of Depression,” BoJack goes to see Diane at her new apartment across the country and realizes the depth of her depression. Diane is clearly ashamed of how messy her apartment has gotten as she no longer has the energy to cook or clean—her home is decorated with takeout containers and unwashed clothing—and BoJack cleans her living space, wordlessly and, truly, without judgment, and leaves her be. In “The New Client,” BoJack calls his ex-girlfriend/manager/friend, busy new mom Princess Carolyn (Amy Sedaris). Historically, BoJack’s calls to PC involve asking for a favor, hitting on her, and then promptly breaking up with or just generally disappointing her.

BoJack has squandered her goodwill: When PC got him a movie deal, BoJack disappeared to New Mexico; when she helped him land a dream job, he ruined the opportunity by drinking too much or not committing to the role. His apology to PC is a good one: “I just want to say that I know you’re really busy, and I’m sorry for making your life more difficult this week and also always. Also I know that my apologies are pretty much meaningless at this point, and I’m sorry for that, too.” But the second half twists into the show’s usual darkness when we transition to the perspectives of three of the women BoJack harmed. The past doesn’t stay in the past, and BoJack is no exception.

First, there’s Gina (Stephanie Beatriz), the actress he strangled while high, who is struggling with her career due to the trauma. A male actor dips her unexpectedly in a scene, and when his hand touches her neck, she panics and leaves the set—an incident that saddles her with a reputation as “difficult.” Then there’s BoJack’s younger sister, Hollyhock (Aparna Nancherla), and Penny (Ilana Glazer), the girl he almost sexually assaulted in Season 2’s episode “Escape from L.A.” They’ve never met, but their lives collide unexpectedly when Hollyhock meets a friend of Penny’s: Hollyhock goes to a party and meets a really nice guy—who, we come to realize, is Pete “Repeat” (Jermaine Fowler), one of Penny’s high school friends.

BoJack healing himself doesn’t magically translate into healing for his victims.

We see BoJack’s impact on Hollyhock as she panics about being around alcohol at the party, likely due to the trauma of being around BoJack while he was drunk. Through her connection with Pete, we see the impact of BoJack on Penny. BoJack went to prom with Penny, Pete, and his girlfriend, and at the end of the episode Penny attempts to kiss BoJack; at first, he resists, but once Penny’s mom rejects him, he doesn’t resist Penny a second time despite the clearly concerning circumstances: He’s an adult, Penny is the daughter of an old friend, and Penny has been drinking. In the last episode of the season, we realize that the teenagers were (unsurprisingly) traumatized by the event, and the way the story is told is painful because he doesn’t name BoJack, allowing us to see the scene through new eyes and stripped of our love and sympathy for BoJack.

To Pete, the story is simple. A weird old man who went to a high school prom, got a bunch of kids drunk, and almost hooked up with a teenager. Not only do we have to think about how Hollyhock will feel if, or when, she realizes this is BoJack he’s talking about, but we have to think about Penny, who, still, is out there, dealing with the trauma BoJack handed to her. Stil, there’s value to BoJack’s healing: Concepts like restorative justice offer a world beyond punishment for perpetrators of sexual violence, instead focusing on repair. As Wendy C. Ortiz wrote a feature for Bitch’s Revenge issue, “Restorative justice and transformative justice practices…contain within them the belief that repair is possible, and offer more depthful processes than our current retributive justice system offers … If we are willing to only call out abusers, to scapegoat and isolate, what progress have we made toward healing for the survivor, and even the abuser?”

But BoJack healing himself doesn’t magically translate into healing for his victims. While Diane was able to select a method by which she would want BoJack to heal, BoJack’s other victims weren’t a part of the process. And maybe they wouldn’t want to be—no one can blame Penny or Gina for not wanting to hear from BoJack again. But his impact still exists, shaping their worlds and the experiences of their worlds. What’s next for these women? I’m hopeful that the second part of the show’s final season will prioritize an answer this question by continuing to further shift from BoJack’s limited lens and, instead, give these women the space, time, and justice they need to heal—on their terms, rather than BoJack’s. 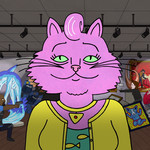