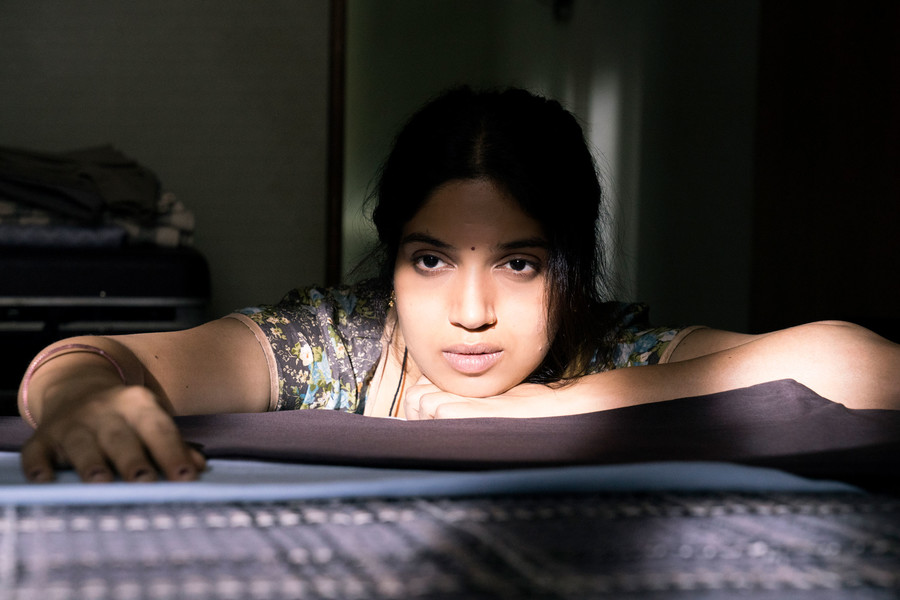 There’s a certain kind of woman who adorns screens in India, and she’s exactly who you’d expect. Since the turn of the decade, films like Angry Indian Goddesses (2015), Pink (2016), and Veere Di Wedding (2018), have given rise to a new genre of “women-centric” filmmaking that features protagonists who are largely urban, upper middle class, English-speaking feminists. It’s a development that comes with a growing cultural shift toward neoliberal feminism in India, one that is at odds with an earlier socialist model of organizing. In a society that places such an emphasis on deifying women, this new woman who prioritizes personal pleasure over public good is a particularly controversial figure. Her “modernity” thus becomes the central conflict in these films, featuring questions of sexual choice, mobility in urban spaces, and agency over her career.

These are important stories to tell. Yet they mask something fundamental to Indian womanhood: their labor. Traditional blockbusters like Dilwale Dulhania Le Jayenge (1995) and Kal Ho Na Ho (2003) feature woman caught between men, chasing after lovers, or finding ways to escape their family’s expectations of them. These new “women-centric” films are so focused on fighting patriarchy that they ignore the everyday work that women must perform in order to uphold their womanhood. It’s left the space of domestic labor largely ignored. Enter Juice. Released in 2017, Juice is a short film directed by Neeraj Ghaywan, the highly celebrated director of 2015’s Masaan, that shows a seemingly innocuous dinner in the house of a middle-class Indian family turn into something completely revolutionary as the woman of the house, Manju (Shefali Shah), defies the norm that women must cook for the house while men sit around waiting to be served. It’s a norm that builds off the gendered relegation of household spaces.

The film starts with her filling an air cooler, greeting guests, and serving snacks to her husband and his friends while listening to them make sexist jokes. As she leaves the men and walks into the kitchen, we see her physically subsumed by domesticity, entering the world of womanhood—a space of intense yet unrecognized labor. It’s a space that is often implied in Bollywood, but rarely shown onscreen. For example, there are plenty of films in which a woman meeting the family of a “rishta”—or potential candidate for an arranged marriage—will emerge from the kitchen carrying snacks for the guests, but won’t be shown actually preparing the food.

The oppressive heat of the kitchen is obviously getting to Manju, but she continues to chop vegetables, stir pots, and roast meat, bound by convention to perform her wifely duties. As the film progresses, we see her become visibly more agitated by the misogyny perpetuated by both the men and the women as the men make references to “Trump bash[ing] Hilary” and the women tell their daughters to serve food to their brothers. While the other women acquiesce to the expectations of their role, something about this underlying, nagging sexism leads Manju to her quiet revolution. About three-fourths of the way into the film, her husband calls out to her to lay the food out for the men. She’s currying meat in a pot, frustrated by how it’s gotten stuck to the bottom.

It’s a frustration that echoes a whole night of being diminished and undervalued. He calls out again, this time asking why she’s taking so long. Manju stops. She turns off the stove as the sound of carrots being chopped by another woman becomes the soundtrack to her rebellion. It’s a moment that anyone whose work has ever gone unacknowledged will understand. She walks over to the fridge, pours herself a glass of juice and drags a chair into the living room, seating herself right in front of the cooler. The men stare at her, initially confused and then uncomfortable. She stares her husband right in the eyes and we see his anger turn to defeat as he bows his head. In that moment, she has won. So much of what Juice does is revolutionary, but its most radical act is its visibilization of women’s labor. The majority of the film takes place in the kitchen, a space assigned to women that has rarely been represented on Indian screens. There’s certainly precedent for this, albeit small (take Piku, English Vinglish, or Nil Battey Sannata), but the determined attention paid to the actual work women do in Juice highlights how integral everyday labor is to shaping Indian womanhood.

Zoya Akhtar’s film in 2018’s Lust Stories, a Netflix anthology of four short films about love and sex in India, takes this visibilization a step further. Akhtar’s contribution features a young woman employed as domestic help in the house of a bachelor living in Mumbai: Protagonist Sudha (Bhumi Pednekar) is first introduced to us while having sex with her employer, Ajit (Neil Bhoopalam), who later playfully calls her a “dirty bitch,” establishing a twisted sort of intimacy between the two. But as the film progresses, it becomes increasingly clear that their relationship is still firmly rooted in a classist and casteist employer-maid dynamic that renders her largely invisible to him outside the context of the bedroom.

In Juice, the determined attention paid to the actual work women do highlights how integral everyday labor is to shaping Indian womanhood.

When Ajit’s parents come to visit, they perpetuate this dynamic by treating Sudha politely, yet making it clear that despite spending every day in their house, she will never hold enough value to sit on the couch or eat at the dining table with them. It’s the story of millions of other working-class women in India whose identities are colored by the work they do. The silencing nature of this dynamic becomes increasingly evident once a potential match for an arranged marriage comes to visit Ajit. Despite being in a sexual relationship with him, Sudha watches in silence as he gets engaged to another girl on the very bed she made earlier that morning. There’s no gesture of resistance, no triumphant end. She does her chores, congratulates his parents, and leaves.

Her silence, both literal and figurative, is the silence of the subaltern, of the millions of Indian women whose stories are never told in the feminist films littering the new genre of “women-centric filmmaking” in India. This is the difference between Juice and Lust Stories: Though both take place in middle-class Indian homes, Manju is the wife in a relatively elite family, while Sudha is a part of the working class. At the end of Juice, the protagonist leaves the kitchen, fed up with the neverending to-do list thrust upon her, and sits down by a fan with a glass of juice. She looks directly into her husband’s eyes as he and his friends fall silent, watching her defy norms of good Indian wifehood. It’s an open moment of resistance, and it’s afforded to her because the relative privilege of her class allows her to treat forced labor as a social burden, not an economic one.

At the end of Akhtar’s film, however, Sudha leaves the house and makes small talk with another maid in the building. There’s no moment of defiance, no triumph or rage. Her labor is so deeply intertwined with her status in the world that there’s no way she can transcend her identity as “maid” without losing access to her livelihood. It’s so deeply intertwined, in fact, that she doesn’t even consider confronting Ajit in a private moment. While she feels the indignity of her position, she has lived with it for so long that there isn’t even a flicker of hesitation that suggests she could transcend her identity to fight with him at his level.

The contrast between Juice and Lust Stories is important to make in a country where everyday acts of labor are so deeply tied to identity through gender, class and caste. All over the world, invisibilizing domestic labor has been a deliberate strategy that allows men to ascribe more value to the more “masculine” work they have traditionally performed. In India, this problem is further tied to caste and class, with female domestic workers (who generally belong to lower castes) falling at the absolute bottom of the imagined hierarchy of value. They are the invisible minority who are further cast in shadows by a deliberate erasure of domestic labor in most pop culture. We need our films to visibilize this labor to remind us who is forced to do it, who benefits from it, and whose silence comes hand in hand with it.

This decade of women-centric filmmaking is filled with the potential to create more spaces for marginalized people. Despite the mainstream being primarily populated by professional-class women, alternative digital outlets like YouTube and Netflix are offering spaces with lower stakes where filmmakers can afford to take risks with the kinds of content they produce and the kinds of people they represent. Smaller-budget films with more marginalized protagonists are also garnering support outside India at film festivals like Canada’s Toronto International Film Festival and China’s Silk Road International Film Festival, where both Parched and Nil Battey Sannata—films with working-class women from rural areas as protagonists—premiered.

It’s an exciting time. But in order for the mainstream to prioritize their stories, Bollywood will have to shift its views of female characters: not as aspirational tropes of empowerment or as objects of desire, but as bodies that work, suffer, and are impacted by larger social structures that determine how they exercise agency over their lives.

Read this Next: Gazed and Confused 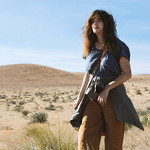 by Mallika Khanna
A female gaze can’t simply be found in the deliberate desexualization of women, or in clever quips about smashing the patriarchy.