Bitch on Campus Brings Bitch to Your Classroom | Bitch Media 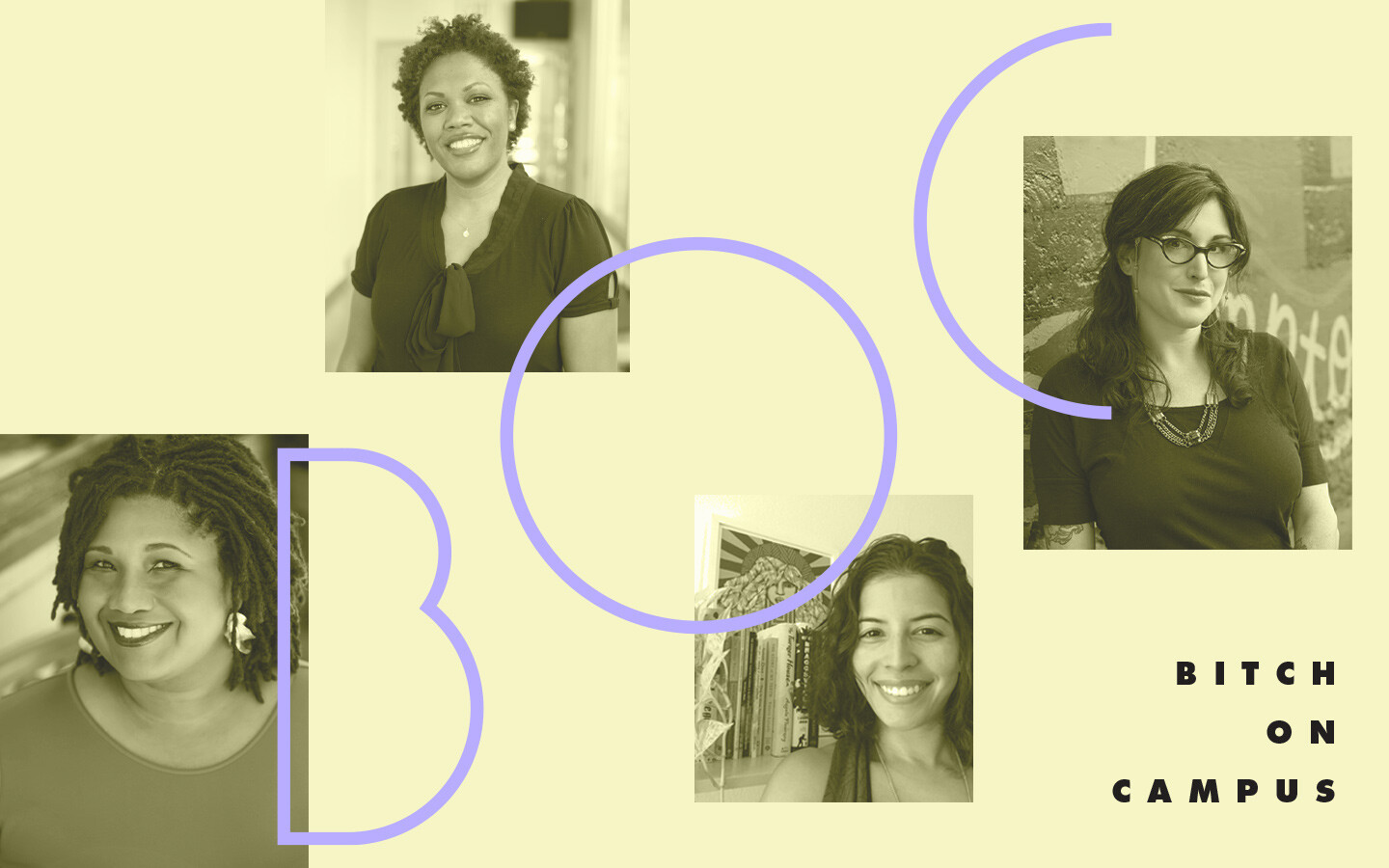 We get it. When people hear “speaking engagement” they automatically think of jargon-filled slideshows and monotonous, khaki-wearing experts.

But now, you can bring Bitch from the page into your classroom with Bitch on Campus, Bitch Media’s speaker series. Bitch speakers bring the best of Bitch Media (sarcasm, sass, and all) to campuses and community spaces all over the country, hosting talks and workshops on feminist activism, sexism in the media, and race and representation. So whether you’re a group of students that want to bring some Bitchy critique to your classroom, or a community organizer looking to start feminist-centered conversations locally, Bitch speakers can help you get started. (Just note that, because we are committed to intersectional feminism, Bitch speakers don’t appear on all-white panels.)

So… What do you want to talk about? 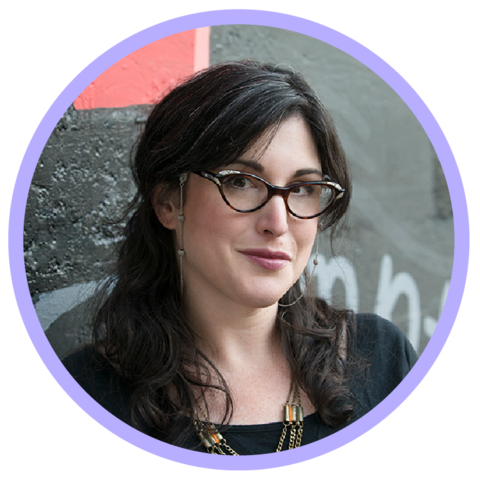 Andi Zeisler is a writer, editor, and cultural critic. She is the cofounder of Bitch Media, the author of Feminism and Pop Culture, We Were Feminists Once, and the coeditor of BitchFest: Ten Years of Cultural Criticism from the Pages of Bitch Magazine. Her writing on feminism, popular culture, and media has appeared in Ms., Mother Jones, the San Francisco Chronicle, the Washington Post, Los Angeles Review of Books, and Salon. She tweets @andizeisler.

In the space of a few short years, feminism—an ideology debated, derided, and declared dead by mainstream media for decades—has suddenly become a hot media commodity. Celebrities love it; advertisers want it; fashion designers praise it. But what is this new feminism, and is it really about equality—or just commerce? This talk discusses the slow shift from the insurgent, collective power of Riot Grrrl to the new market-friendly feminism, and questions what we can learn from both.

A stock response to complaints about offensive and demeaning representation of women and others in popular media is often, “Well, just change the channel! You don’t have to watch that show/read that book/see that movie.” That line of thinking usually ignores the reality of how media and pop culture permeate every aspect of our lives. Pop culture has long been central to feminist activism, and this presentation looks at this phenomenon with an eye to both history and the present day, noting the ways in which representation—or the lack thereof—has been a key catalyst of feminist action. From the Miss America protest of 1968 to the Saturday Night Live pushback of today, we’ll look at how foregrounding a feminist perspective in media and pop culture makes that culture better, richer, and more representative of the world in which we live. 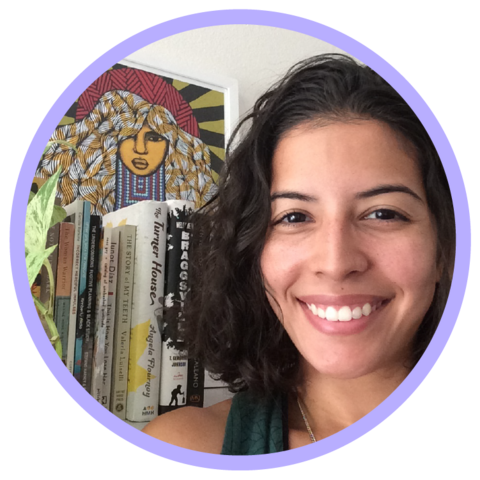 Soraya Membreno is Bitch Media’s publisher. She is a daughter of Nicaraguan immigrants and a pre-Lebron Miami local. Her available presentations range from technical dives into funding models for independent media to personal talks about representation and culture-straddling as a first-generation student. Her writing has appeared in Catapult, Bitch magazine, Post No Ills, The Racial Imaginary: Writers on Race in the Life of the Mind, and the anthology A Map is Only One Story: Twenty Writers on Immigration, Family, and the Meaning of Home.

We talk about community a lot here at Bitch, but how do you actually build one? This talk is part Bitch Media history, part how-to workshop for building a feminist community that is accessible, inclusive, and intergenerational. How can we build upon collective history to come together and make space for one another? And once we have, what do we do with it?

These Are The Things No One Tells You: On Navigating PWI’s and What Comes After

This talk recounts the experience of attending a predominantly white institution as a first-generation immigrant. Full of all the things no college counselor will tell you, participants will be encouraged to enter into open dialogue about the details of assimilation, feelings of tokenization, fitting into a new environment while still maintaining ties to home, and how being fully yourself can be an act of radical resistance. 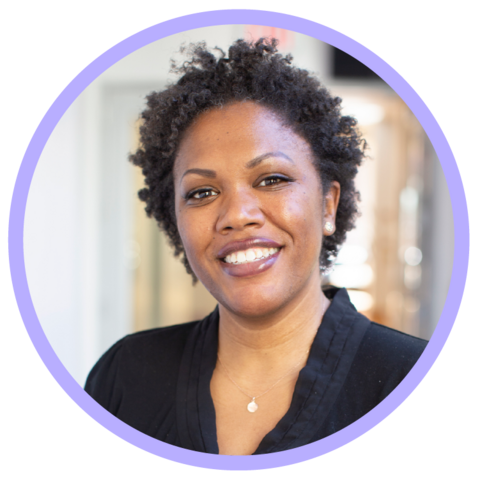 Joshunda Sanders is an author and proud Bronx native. She was the recipient of a Hedgebrook Residency in 2017. Her work has appeared in the Bellevue Literary Review, Teen Vogue, Salon, Publishers Weekly, Bitch Magazine, Gawker, The Week, The UTNE Reader, Kirkus Reviews, on NPR and in dozens of anthologies, newspapers, magazines, websites, textbooks and encyclopedias. She gave a TED talk in 2013, the same year she presented at South by Southwest Interactive. Her publications include: Single & Happy: The Party of Ones, How Racism and Sexism Killed Traditional Media: Why the Future of Journalism Depends on Women and People of Color, the novella, All City and a memoir, The Beautiful Darkness: A Handbook for Orphans. She is writing a sequel to All City & a collection of short stories & a work of historical fiction. She lives in New York City.

The Personal is Political: Finding the Social-Change Narrative Within

We have all heard the saying and promise that one person can change the world. Tapping our innate personal power in order to begin a lifetime of social change work is the most significant part of this journey. But where do you begin? With your personal narrative, which influences and intersects with a part of the American political narrative.

Freedom is a lofty goal for many of us and an unattainable one for most. This is most evident when feminists across genders express, share and promote themselves online. While we are free to do so, navigating the challenges—including trolls, mansplaining and pushback—is part of what comes with that freedom. 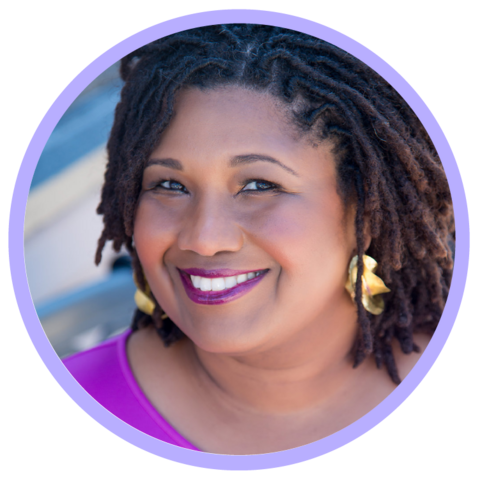 Tamara Winfrey-Harris is a writer who specializes in the ever-evolving space where current events, politics and pop culture intersect with race and gender. Tamara has been published in media outlets, including The New York Times, The Atlantic, Cosmopolitan, New York Magazine, The Los Angeles Times and Bitch. Her essays also appear in The Lemonade Reader: Beyonce, Black Feminism and Spirituality (Routledge, 2019); The Burden: African Americans and the Enduring Impact of Slavery (Wayne State University Press, 2018) and The Arlington Reader: Fourth Edition (Bedford/St. Martin’s, 2013).

Tamara’s first book, The Sisters Are Alright: Changing the Broken Narrative of Black Women in America was published by Berrett-Koehler Publishers in 2015 and called “a myth-busting portrait of Black women in America” by The Washington Post. Her sophomore effort Dear Black Girl: Letters From Your Sisters On Stepping Into Your Power is forthcoming in March 2021 from Berrett-Koehler Publishers.

This hour-long presentation uses humor, history and frank talk to reveal how stereotypes like Jezebel, Sapphire, Mammy and the Matriarch persist in the 21st century and how they influence the lives of Black girls. (Also offered as a workshop)

This presentation includes select readings from the book Dear Black Girl: Letters from Your Sisters on Stepping into Your Power. The author will discuss how letters directly address Black girls’ experiences. (Also offered as a workshop where participants can be led in writing their own letters to Black girls.)

So what are you waiting for? Book your Bitch on Campus event today!

Bitch on Campus is committed to bringing Bitch’s mission of rigorous feminist analysis to as many campuses and community spaces as possible. We work to accommodate a range of budgets and formats through a mix of traditional lectures, hands-on workshops, and virtual offerings of almost all of our featured talks. Looking for a topic you don’t see listed here? Our speakers can also offer customized talks and workshops to suit your needs. So email us at speakers@b-word.org to get started!

Bitch also offers themed digital readers compiling our most insightful articles. Each reader includes articles from Bitch magazine, study questions, and additional reading to enhance your classroom experience—and they start at just $8 per student. If you’re an instructor who would like a free sample reader, please contact our publisher, Soraya Membreno.