Teenage Kicks“Booksmart” is an Earnest, Affirming Fantasy of Feelings 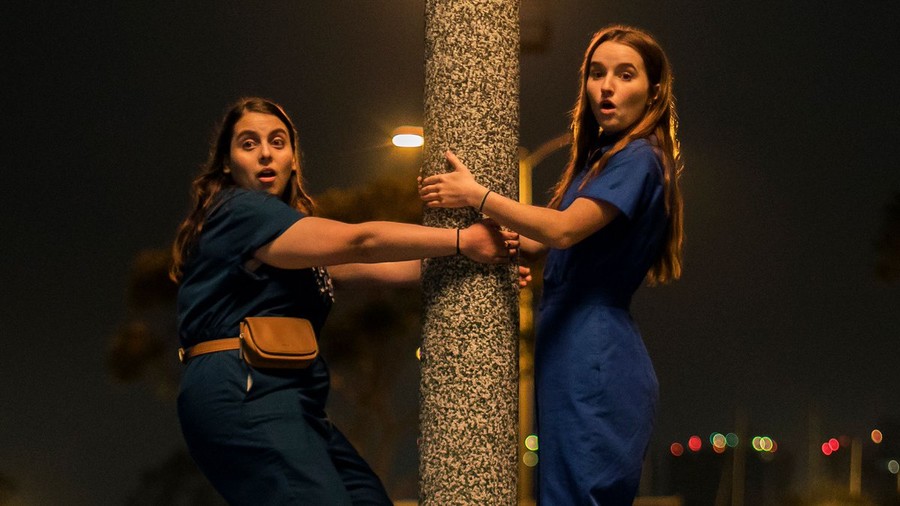 The raunchiest and most vicious insult in Booksmart, indirectly addressed to high-achieving high-school senior Molly (Beanie Feldstein), is that “[H]er vagina is probably stuffed with diplomas.” To Molly’s credit, she proudly owns the description. “Soon it’s gonna be stuffed with job offers, and glowing profiles, and commendations from the governor,” she says with serene confidence, emerging to confront the classmates who’ve been making fun of her. “So while you guys were all studying AP hand jobs, I was kicking ass and busting curves.”
However, her triumph only lasts for a moment. Molly, the Yale-bound class president with dreams of being nominated to the Supreme Court, is horrified to learn that the peers she’d assumed were careless slackers are also ascending to Ivy League educations or six-figure starting salaries at Google. It turns out that Annabelle (Molly Gordon), the mean girl she’s never taken seriously (nicknamed “Triple A” for her reputation of giving “roadside assistance” to numerous boys) is also headed to Yale. As she nonchalantly tells Molly, “I’m incredible at handjobs, but I also got a 1560 on the SATs.”
Much of the film, in fact, rewrites the tired dichotomies—overachieving-or-burnt out, smart-or-sexy, persecuted-or-popular—that have been foundational for so many mainstream teen comedies. Booksmart doesn’t seek to dismantle Molly’s determination as much as it does her sense of superiority. Her arc of “letting loose” is framed as a process of generative self-discovery rather than the necessary sacrifice of her professional aspirations. (At the beginning of the film, she is a girl who earnestly and hilariously vows, “I’m going to experience a seminal fun anecdote.”) Her best friend, Amy (Kaitlyn Dever), is an out lesbian whose angst derives not from her sexual orientation, but from her passivity and shyness: She’s never kissed a girl, let alone worked up the nerve to approach her crush. And unlike the generically meatheaded bullies of high-school movies past, their cooler classmates single out Molly’s abrasive, holier-than-thou “butterface for personality” as their sole target of ridicule, rather than her looks or lack of popularity.
I’m only three years removed from where the young women of Booksmart are meant to be, and so much of the film feels cringingly true to my own experience. Like the film’s teens, I attended a large public high school that was vaguely liberal and diverse but still predominantly white, and in some ways my experience greatly mirrored theirs. Like Molly, I was an intensely self-serious debate nerd who would have gladly worn a turtleneck, plaid blazer, and tights every day if possible. Like Amy, I knew I was attracted to other girls but was also woefully unequipped to deal with it, less because I dreaded straightforward homophobia than because I was horrified at the thought of being perceived as emotionally vulnerable at all.
Vibrator Vixen

I felt righteous in my awareness of being a Good Feminist™ who knew all the right things about gender and justice in the abstract—yet those qualities didn’t preclude me from also being a huge gossip who spoke callously about my classmates simply because they weren’t quite as perceptive as I thought I was. In this regard, Booksmart is simultaneously one of the most relatable and rarefied film depictions of high-school life that I’ve ever seen. Its crucial thesis is that there’s nothing contradictory about being a well-adjusted teenage girl who parties and takes pleasure in sex while simultaneously being an ambitious, introspective, and intellectually curious human being.

At the same time, it’s also implicitly clear that the freedom to reap the rewards of both—that is, to be the student who knows that partying will never endanger her ability to get admitted to Yale—isn’t a material reality that’s afforded to all young people. None of the principal characters in Booksmart are allowed to be academically mediocre; indeed, nobody even seems to be going to public or vocational school. Even at my own high school—located within one of the wealthiest counties in the nation and scarcely more representative of the American teenage experience than Booksmart is—I and most of my graduating class ended up at the state flagship university. Others have rightfully called attention to Booksmart’s frustrating class myopia. In her review for this site, Rachel Vorona Cote observes that “while spitting [Annabelle’s] board score at Molly might be dialogic shorthand for a larger, robust set of academic qualifications, college admittance is now so savagely competitive that high SATs and honor-society memberships don’t guarantee acceptance to an Ivy League school.”

Booksmart’s relatively exceptional status—it’s a female-driven comedy helmed by a debut director (Olivia Wilde) and scripted by four women (Emily Halpern, Sarah Haskins, Susanna Fogel, and Katie Silberman)—has also made the stakes for its success feel hyper-inflated—as if the film must either maintain a 100-percent-fresh rating on Rotten Tomatoes or doom the entire female-driven teen-comedy genre to obscurity forever. As with so many movies whose female directors or majority-female casts prompt critics to treat them as a referendum on capital-W Women, this makes discussing both its strengths and shortcomings frustrating. Booksmart deserves to be discussed on its own terms as an exuberant teenage fantasy that nevertheless has unique flaws, rather than patronizingly touted as either a “woke Superbad for girls” or dismissed as a “lesser Lady Bird,” given that its narrative goals are clearly distinct from both films.

Indeed, Booksmart bears only a superficial resemblance to the oft-cited former film starring Michael Cera and Jonah Hill (coincidentally, Feldstein’s older brother) as a much less goal-oriented pair of high-school seniors on a quest for boozy fun. It’s more closely related to 2018’s underrated Blockers, another end-of-high-school comedy that in this case focuses on three female friends who scheme to lose their virginities on prom night and the protective parents who scramble into hijinks while trying to stop them. Booksmart devotes itself more to the strange, transcendent kind of intimacy that can develop between teens themselves during a singular night—a choice that smartly allows the film’s more eccentric figures, like eager-to-please rich kid Jared (Skyler Gisondo) and ethereal oddball Gigi (Billie Lourd) to also earn our sympathies.

Within the film’s kind-hearted universe, nobody is an unrepentant bigot and almost everyone has fundamentally good intentions (reflecting the film’s sensibility of open-minded crassness, even the typically grimy school bathroom is gender-neutral and graffitied with phrases like “ALL-GENDER GLORY HOLE”). The film’s most unambiguously villainous figure, a pizza delivery man who turns out to be a serial killer (Mike O’Brien), is only revealed as such in a twist of comedic convenience—and he’s nevertheless portrayed not as a serious predator, but rather as the straight man who sensibly warns the increasingly reckless Molly and Amy not to trust strangers.

Cruelty, especially among kids who have grown up online, is always slightly more casual and pathetic than you expect it to be. Instead of dumping pig’s blood on an unpopular girl, the most hateful boys at my high school went on their private Twitter accounts to secretly mock girls who committed transgressions that ranged from being outspoken feminists to wearing loose-fitting jeans. But for the most part, Booksmart regards youth with a sense of overwhelming tenderness. While its high school still possesses the requisite cliques of eccentric theater geeks, terminally chilled-out skaters, and ridiculous rich kids, it also seems to lack any genuine social stratification at all. Rather, it’s a world in which everyone is capable of small unkindnesses towards each other that can be easily amended through empathetic conversation.

Even the treatment of the climactic fight between Molly and Amy—which occurs as their classmates watch in silent, rapt fascination—is surprisingly generous. Their most hurtful words are drowned out by the soundtrack, and Wilde chooses not to linger on the nightmarish discomfort of being a young person whose most painful moments of vulnerability have the potential to be consumed as mere spectacle by one’s classmates (there’s a telltale flash of an iPhone camera in the background, but it doesn’t have any lasting narrative consequences).

On occasion, the atmosphere of almost utopian righteousness can feel unconvincing. It attempts to gloss over the uneasiness of a hookup between easygoing Theo (Eduardo Franco) and cool teacher Ms. Fine (Jessica Williams) with a line about how he’s actually 20—regardless of the fact that the ethical issue in play here would arguably be the inherently unbalanced power dynamic between a teacher and her student, rather than their numerical age difference. Likewise, when a well-intentioned Molly offers to watch lesbian porn with Amy as a way to prepare for hooking up with Ryan (Victoria Ruesga), Amy initially protests by hissing, “All of those women are European trafficking victims.” “Excuse me, are you judging other people’s sexual preferences? […] I thought you were a sex-positive feminist,” Molly smugly responds.

It’s not that I want Booksmart to incorporate a relitigation of Andrea Dworkin’s critiques of pornography—it is, after all, foremost a lighthearted teen comedy. Yet it’s also a teen comedy with heroines whose identities are rooted in their feminist politics—the film’s opening shots depict portraits of Ruth Bader Ginsburg and Michelle Obama in Molly’s room, Amy’s car sports “Still a Nasty Woman!” and “Warren 2020” bumper stickers—and much of its humor relies on an audience that already comprehends concepts like the distinction between sexual orientation and gender identity. Its script ought to go beyond using buzzwords like “sex-positive” in order to render teenage girls’ capacity to exist as messy, often contradictory humans as something that requires ideological justification.

In fact, one of the film’s most unexpected and glorious sequences finds Molly and Amy hallucinating that they’re life-sized dolls. Both girls see themselves as scantily dressed, plastic-skinned mannequins with grossly distorted proportions, and Amy admits it’s a tempting illusion. “I know this is unrealistic and bad for women, but…is it bad? Because I feel pretty good,” she marvels. The animated plot twist might be a weird one, but my own awareness of living within a patriarchy that hasn’t made me feel magically “empowered” at all also makes it instantly familiar. It’s gratifying to see a mainstream comedy not only acknowledge this cultural programming, but make it funny.

And though it really shouldn’t be at this point in time, it’s exhilarating to see a film centered on teenage girls that doesn’t portray their adolescence as an inherently traumatic experience and affords them the same latitude to pursue their desires (intellectual, sexual, and otherwise) that their male counterparts have always possessed. Yet to champion the film as a universal reflection of teenage girldom rather than a highly specific fantasy also does it a disservice. In its willingness to make its heroines such striving and unapologetically desirous young women, Booksmart is a joyous step in the right direction—and I look forward to the day when we won’t have to discuss this film as if it’s the only one of its kind.

Read this Next: (Un)smart Buddies 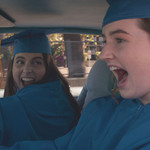 by Rachel Vorona Cote
If “Booksmart” endeavors to make an argument for what youthfulness can be, and for all the messy hope entangled in it, then it must unearth the muck, too. 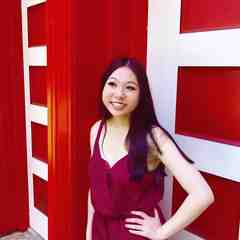 Aline is a writer and current undergraduate at the University of Virginia. She loves watching female-led horror films, soapy teen dramas, and Wong Kar-Wai movies. You can follow her dubious takes on Twitter.