“Boys & Sex” is Groundbreaking, But Leaves Gaps for Queer Boys 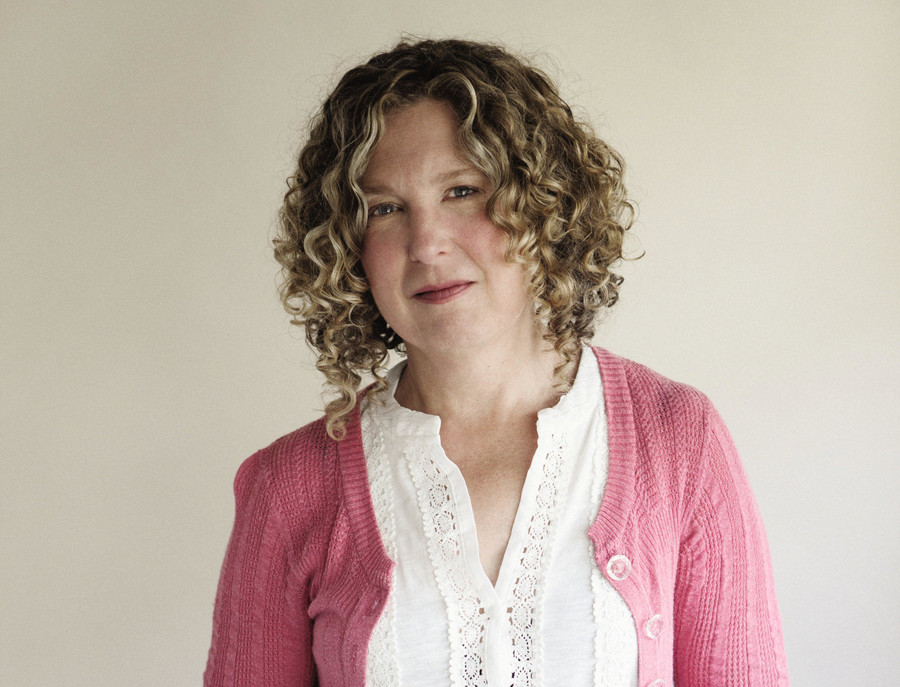 Boys & Sex: Young Men on Hookups, Love, Porn, Consent, and Navigating the New Masculinity is a timely and relevant read, perhaps even more so than its predecessor, 2016’s Girls & Sex: Navigating the Complicated New Landscape—and it knows it. Author Peggy Orenstein delves into the urgency of the subject in the book’s introduction, exploring #MeToo, Harvey Weinstein and other predators, and, of course, the fact that a misogynist sexual assaulter currently presides over the entire United States. Orenstein is clear in her mission, explaining that this book will not be all things to all readers, and that, though she spoke with experts and researchers alongside the boys themselves, the book only scratches the surface of the culture surrounding boys and sex.

The book seeks to cover a wide scope of topics, and it does so in a very 2020 context, discussing the “feminist fuckboy” and widening its scope in terms of diversity. Unlike Girls & Sex, which felt more white, and certainly more straight and more cis, Boys & Sex has charged itself with speaking to a wider group in hopes of understanding the world as young men see it. Hopefully, helping to slowly shift the culture that robs them of empathy, kindness, and, all too often, leads to their robbing the women in their lives of bodily autonomy and positive romantic and sexual experiences.

As a whole, I was impressed with Boys & Sex: After all, it’s a large and daunting task to take on, even more so given its timeliness. It’s a book we need urgently, and one that I hope spawns more like it. Orenstein carefully navigated the new complexities added to her work as she sought to better understand how race, queerness, and technology (texting and social media, for example) shape how boys today navigate their own romantic and sexual lives, and their understanding of their own masculinity or lack thereof. In 2020—though the same can be said for years prior—there’s no excuse for a book that claims to speak on behalf of a demographic or capture the experiences of a group with a shared identity but ignores the reality that marginalization and disempowerment shapes who we are and how we engage with the world around us.

That said, at certain points in Boys & Sex it became increasingly obvious that this is, in fact, a new world for Orenstein, and one that I hope she gains more range for. For example, I was extremely thrown by the author’s relationship with Blackness, specifically with the n-word. At points, the author seems to just casually drop in the n-word, putting the word in quotes rather than abbreviating, a method I would have found more acceptable. As a Black reader, it was a bit of a gut punch each time, and an unnecessary one at that: What reader needs to see the n-word spelled out on the page to understand its impact on Black masculinity? Suggesting, also, a lack of understanding of Blackness, and Black people, was a moment in chapter one, “Welcome to Dick School,” where Orenstein is talking to a boy about “locker room banter.”

The boy offers Orenstein the inside scoop on what that banter actually entails, saying, “We definitely say ‘fuck’ a lot; ‘fuckin’ can go anywhere in a sentence. And, we call each other pussies. We call each other bitches. We never say the N-word, though. Because that’s going too far.” Orenstein responds, saying, “What about ‘fag’?” When the boy responds that no, he wouldn’t use that word, she responds, “So, why can you say ‘fag’ or the N-word but you can say ‘pussy’ and ‘bitch’? Aren’t those just as offensive?” I found myself surprised by just how much of an understanding of cultural context, and impact, Orenstein is missing in this moment on the page. Yes, “bitch” is a slur, especially in the context of a bunch of young men in a locker room using it to describe the women in their lives or as an insult meant to challenge the masculinity of another boy. But to equate the n-word to “bitch” especially as a white woman whose writing suggests authority and understanding—not just of culture in a broad sense, but of how culture impacts the way we relate to each other— feels like a massive gaffe.

Another such gaffe is in her understanding of queer and trans boys. Even the title of chapter four, “Get Used to It: Gay, Trans, and Queer Guys” suggests that these boys are something to get used to, something new and other. Her questioning of trans boys’ experiences seems to be largely shaped by her understanding of them as fascinating manipulators of patriarchy; those who were once victim to it when they “were girls” and are now “freed” of it as boys. She writes, “Sometimes, back when I interviewed girls, I’d wish that boys could inhabit their bodies, just for a day, to see what they live with, the perpetual judgment and reduction to appearance.” She remarks that one boy she spoke with “had actually done that—for over eighteen years, and that time as a woman affected his identity as a man.” But what she doesn’t seem to grasp, despite this research and these conversations, is that he wasn’t a man; he was a trans boy, just not an out one, or one that had transitioned. This sort of rose-colored-glasses glazing over is a weak spot in Orenstein’s narrative.

This idea that they are now stronger, or more powerful, as out trans boys feeds into another concern: that these boys now require less protection, that consent is less of a concern when it comes to the romantic and sexual relationships of queer boys and young men. Much of Boys & Sex seeks to understand consent, and why (straight) young people are struggling with it. Orenstein thoughtfully and smartly explores how alcohol impacts hookups, asks young people at a frat party whether they’ve ever experienced hookups or sex that actually makes them feel good, and manages to explore hookup culture in a way that doesn’t feel stuffy. She understands how it actually manifests itself, something that much of fearmongering, adult-targeted media has largely failed to do. But this shifts drastically when she’s discussing queer men. 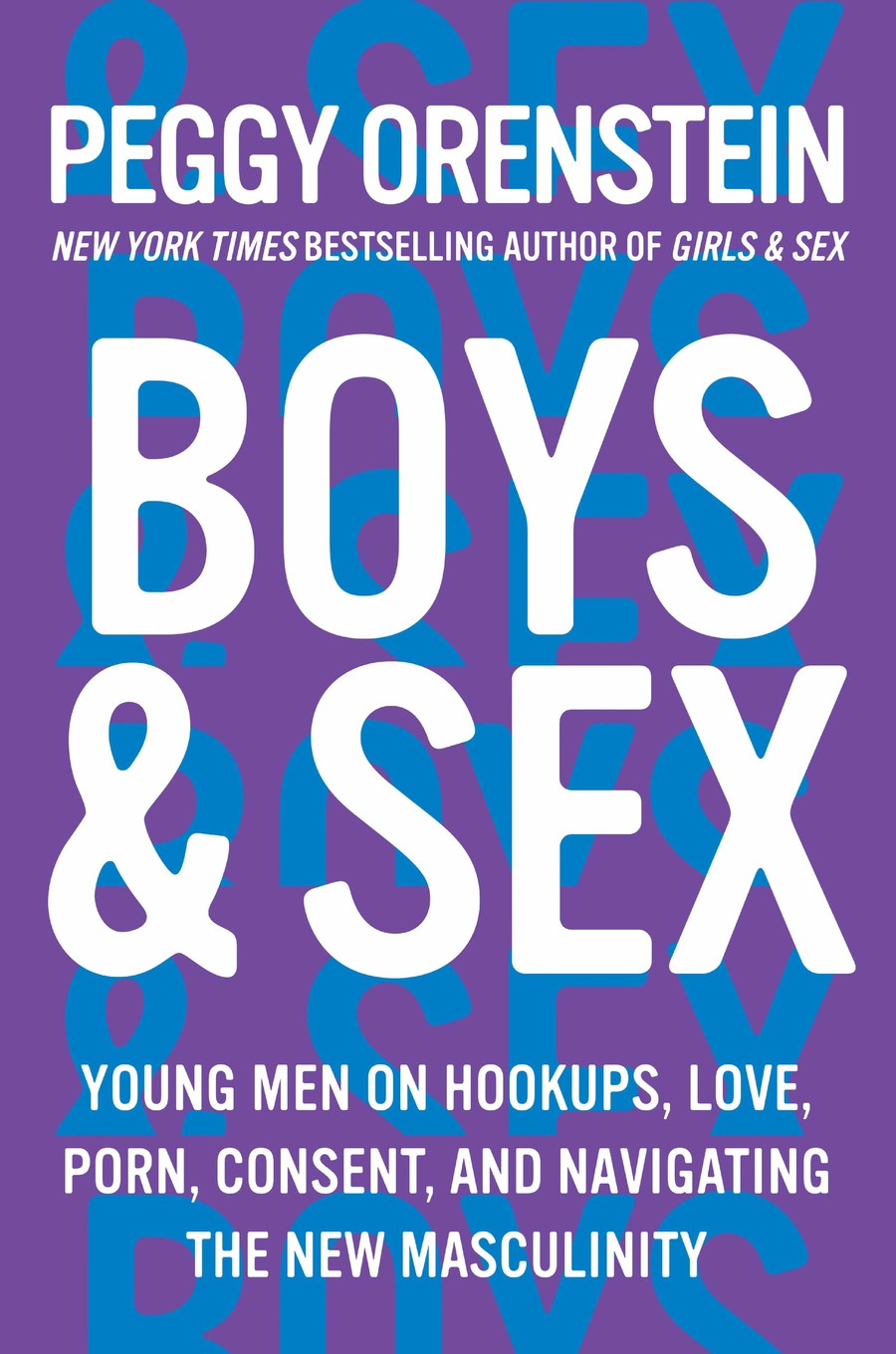 For example, she notes, “I was consistently struck by how much more willing and able queer boys were than straight ones to negotiate sexual consent,” citing her own interviews along with quotes from Dan Savage, who suggests that most sexual experiences between men involve “the four magic words: What are you into?” But this dialogue comes sandwiched between stories about young gay and queer boys who discuss the much older men they hook up with via dating apps. One shares with Orenstein, “The entire city is at my disposal for meeting gentlemen. And that’s where Tinder and Grindr comes in.” On some level, Orenstein reckons with this concerning language, the idea that a young boy can traipse into a city, hook up with or have sex with a random older guy, and go home with no one the wiser. She comments, “If [he] had been a teenage girl using swipe apps to have sex with random older men, I would likely have felt compelled to report the behavior to an adult.” But she doesn’t. Instead, she notes that there’s additional nuance there, given that “there aren’t a lot of outlets for gay teens to form romantic attachment or explore sexuality in an age appropriate way.”

It’s not that I would have liked for Orenstein to report this kid to his parents. Still, the way it’s covered feels unbalanced: She doesn’t spend long lamenting the complicated position this information puts her in as an interview. In the same vein, she doesn’t spend long lamenting the situation these boys themselves are in, as queer kids hoping to find connection or just learn more about their bodies and who and what they’re attracted to. Why not spend as much time digging into what consent and power dynamics really look like for queer boys? Why zoom past it by dropping in a Savage quote (“If choosing between an ‘inappropriate’ relationship and celibacy, a horny teen will pick ‘inappropriate’ any time”) and not taking the opportunity to advocate for better systems of sex education for queer teens? As Orenstein notes down the page, “Adult denial puts [gay children] at risk of physical and emotional trauma,” and I would have liked to see more of a focus on this, rather than on what trans boys can offer to the fight against misogyny or on explaining that, for boys today, homophobia is at a minimum.

Ultimately, Boys & Sex is a smart book written by a researcher apt at negotiating open and trusting conversations with those least likely to have them. She notes at several points that the boys she spoke to were sharing secrets they had never shared with anyone else and may never share again. With these interviews alone, she tapped into the experiences of boys who were hurt (and some who had hurt others), archiving their pain in a way that feels productive rather than exploitative. Orenstein is less interested in deciding who is “good” and who is “bad” and more interested in imagining a world where we can all have sexual experiences that make us feel good about ourselves and the people we care about. I am hopeful that her next work will bring us further into the lives of boys of color or queer and trans boys because, at the end of the day, my concerns over this book are less an issue with its author and more an issue of logistics: I want to know more about what these boys are working through, and how we can better craft a world where they can work through it—whatever it is—so we all experience less pain at the hands of a flat, toxic, suffocating masculinity.