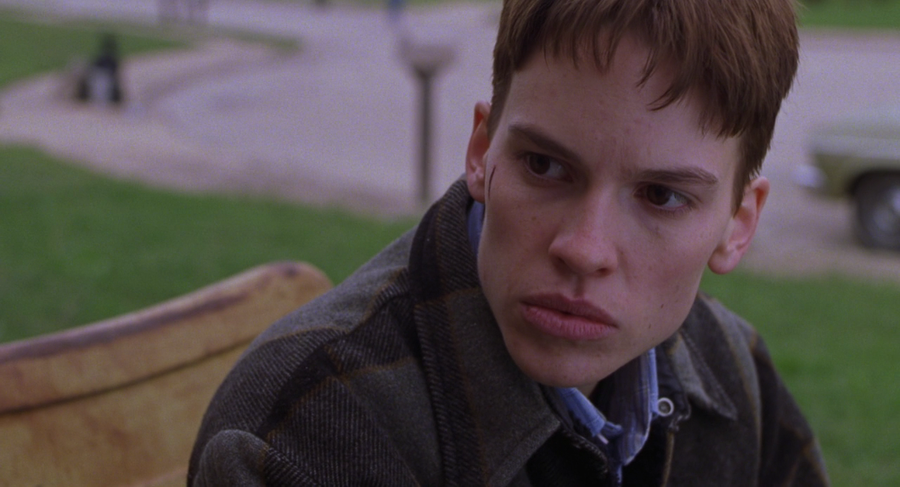 I can’t remember the first time I watched Boys Don’t Cry. No matter how hard I push for it, the memory still eludes me, but I imagine that I couldn’t have been much older than 12.

Twelve makes sense. At that point, my body had been ravaged by puberty; I felt perpetually angry and hormonal; and the landscape stretching out beneath my neck and between my hips felt foreign and dangerous. I was all nerve endings covered in skin that felt paper thin, a creature made up of too many “almost’s”—almost a kid, almost an adult, almost a girl, almost a boy—if you squinted and tilted your head just right. It was the early noughties. Nelly was perpetually on the radio; jeans were so baggy it was hard not to trip when you ran; and cell phones had finally begun filtering down to my peer group. The internet wasn’t the omnipotent presence it is today, so I used it almost exclusively for writing school papers or watching pornography. In my corner of Jewish North West London, there were no gay men, no lesbians, and the word “transgender” had yet to be heard.

Then the story of Brandon Teena crashed into my life. I can’t recall the first or second or third time I watched Boys Don’t Cry. But I do remember watching it over and over and over again and again and again—Hillary Swank’s big brown eyes recognizing a part of me I didn’t yet have a name for; Chloë Sevigny’s long red-polished nails tracing a space I hadn’t dared to dream might actually be real. And I remember Brandon’s pleading. It played inside my head, a painful chorus on repeat, his chin nodding inside that car after his tormentors pull his clothes off, his face bloody and broken. “This is all my fault, I know” he says. “I know. I know. I know,” my younger self agreed.

I inhaled the film repeatedly, every viewing slaking a thirst I had spent years trying to quench with saltwater. Though it was released in 1999, Boys Don’t Cry didn’t hit U.K. theaters until April 2000, and it was rated “15” (the U.K. equivalent of rated R), so I waited until I could pass as 15 to pick up a copy at the video-rental shop in my neighborhood. I kept that copy so long that we paid for it in late fees. (When my parents came asking, I blamed my older sister, whose long history of not returning videos and library books left her without an alibi.) After three or four viewings I knew exactly where to stop the tape: just after Sevigny’s Lana bails Swank’s Brandon out of jail, when she says, “I don’t care if you’re half monkey or half ape, I’m going to get you out of here.” They make love in a well-lit, old-timey car. After their final kiss, I instinctively knew to turn the movie off or rewind it to the top. I liked to pretend Brandon had a happily ever after.

I didn’t come out as a man until I was 22, which isn’t so old until you consider I had known I was a boy almost from the minute I knew anything about myself. By the age of 22, I had met enough real-life trans people and been gay long enough to know that I was in no immediate danger from family members and friends. But I still held off as long as I could, telling myself I would just get top surgery, nothing else, kicking the obvious can another few feet down the road. I was afraid. Boys Don’t Cry had made me afraid. The film had both created and confirmed all of my worst fears; that a girl wanting to be a boy was impossible, would be considered a lie, would result in my death or at least a savage beating and sexual assault at the hands of those I knew as loved ones and friends. I could trust no one with the truth of myself because it was too strange, too much, too unreal.

I believed these notions deeply at 12, the way that most 12-year-olds believe they’ll be famous and wealthy by the time they turn 18. It felt like my life was over before it had even begun. I grew out of this pious preteen self-pity, of course, but the film left a residue that I couldn’t shake even a decade later. After coming out, I spent days alone, working at an internship I hated, isolating myself from family and other loved ones. I almost broke up with my therapist after she asked a few routine questions about my new gender identity. I began walking and listening to ABBA on full blast for hours in the afternoon. Boys Don’t Cry felt like a warning from the only other boy like me that I’d met in childhood, and in those early days I couldn’t stop the sirens from sounding that danger might be lurking behind every kind word.

The past five years has brought an increase in queer and trans visibility, especially in pop culture. There’s Laverne Cox’s Orange is the New Black role as Sophia Burset, a transgender inmate in a women’s prison fighting for access to hormone-replacement treatment. We’ve had Peppermint competing on RuPaul’s Drag Race, though the show originally excluded transgender contestants. The Chilling Adventures of Sabrina prominently features Ambrose Spellman (Chance Perdomoa), a “witty, puckish, and pansexual” warlock who’s “always up for mischief.” That’s not to mention pretty much the entire cast of Euphoria and Pose. It’s nice to know there are little boys like me growing up in a world that seems softer to them.

Boys Don’t Cry is still the only mainstream movie about the transmasculine experience—the only film people know by name, the one people remember.

Twenty years after Boys Don’t Cry, however, we’ve still got a long way to go. Representation matters, but so do the stories that the media—film and television—chooses to tell about trans lives. Boys Don’t Cry is still the only mainstream movie about the transmasculine experience—the only film people know by name, the one people remember. Max was the only transmasc character to appear on The L Word, and he went from temper tantrums to problematic sex scenes; the characters on the show rejected him and the showrunners allowed him to become a bad caricature of a trans man. On Orange is the New Black, Sophia is betrayed by her fellow prisoners and tossed into solitary confinement. On Euphoria, Jules (Hunter Schafer) is subjected to violence and harassment on a semi-constant basis. And it’s not that these stories—dark as they are—don’t reflect real life; it’s that there’s more to being trans than fighting for survival.

Where are the trans rom-coms? Just once I’d like a meet cute between Anna Kendrick and a trans guy. Maybe they catch eyes on the subway or share an umbrella in the rain and that’s the start of their romance. It would be lovely if a trans woman falls out of a cab into Jason Momoa’s outstretched arms. I want a movie set in the 20s where Cate Blanchett and a nonbinary person softly touch hands and meaningfully exchange glances while listening to melancholy piano music. Where are the comedies where trans people aren’t the butt of the joke? (I’m looking at you every ’90s TV sitcom.) Where are the standup comedy specials? The long, winding dramas about the disillusion of a years-old relationship set to soft jazz? I want a movie where no one uses the word “deception” and there is no murky foreshadowing about inevitable violence.

Boys Don’t Cry taught me that being myself meant embracing my death and accepting that my identity was inherently a tragedy. It took years to unlearn that idea, and it’s work I’m still doing. I want trans actors in trans roles and cis roles and any roles they want, but mostly I want to watch a movie about someone like me where the characters laugh instead of weep. Boys Don’t Cry is powerful, but it’s traumatizing. The movie is intentionally designed that way: It pulls you into Brandon’s story so that you feel his fear and his pain. Good movies do that, and Boys Don’t Cry remains important viewing for a cis audience. For people like me, it’s a fear and pain that we already innately know. No, I didn’t grow up in rural Nebraska with a single mother in a town that time had forgotten. But I do know what it’s like to feel hated, to be reviled, to be attacked just for trying to live authentically.

I want a movie about someone like me that’s about something other than our being trans. The Martian, but a queer scientist is stuck on Mars. Any comic-book hero who is a trans woman. NonbinarySpiderPerson. Laughter can be as powerful and as instructive as tears. I want future 12-year-olds to see their reflections as worthy of love, and I want cis people to see that too. And then maybe, just maybe, life might imitate art.

Read this Next: Our Femininity Isn’t Artificial 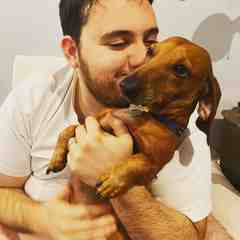 William Horn is a recent graduate of Columbia University’s MFA program, making it the most expensive piece of paper he’s earned to date! He’s originally from London but now lives in Brooklyn with his excellent wife and three dachshunds. You can find all his work on his website, https://williamh.me/