“Brainwashed: Sex-Camera-Power” Is a Fresh Critique of the Male Gaze | Bitch Media

“Brainwashed: Sex-Camera-Power” Is a Fresh Critique of the Male Gaze 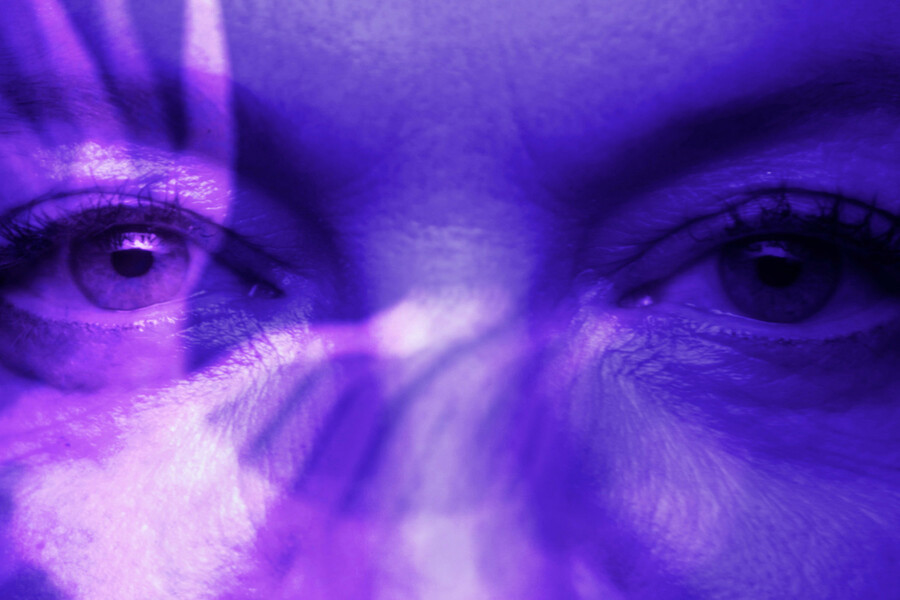 When French director Julia Ducournau’s Titane (2021) took home the Palme d’Or at the Cannes Film Festival, it not only marked the first time that a solo female director won the prestigious prize (Jane Campion shared the award with Chen Kaige in 1993, in one of the decade’s two ties); it also saw a film that is as disturbing as it is feminist enter into the mainstream, much to general audiences’ chagrin. Reportedly, 13 people fainted at a Sydney screening and plenty more walked out. After all, it’s a movie about a woman who has sex with a car. While Ducournau’s sophomore project is certainly shocking, it simultaneously subjugates and fetishizes the female body, toying with gender and being wholly transgressive in its portrayals of nudity, pregnancy, and bodily changes.

To understand how we got to the motor oil-lactation and car-fornication of Titane, it is essential to travel back in cinematic history, to revisit the works of 1950s auteurs and browse through the literature of the progenitors of feminist film criticism. This is a passage Nina Menkes attempts to chart in her documentary Brainwashed: Sex-Camera-Power (2022), which debuted at the Sundance Film Festival earlier this year.

Menkes is an independent filmmaker whose filmography includes feminist themes: Magdalena Viraga (1986) follows a prostitute who kills her pimp, while Queen of Diamonds (1991) centers on a disillusioned blackjack dealer at a Vegas casino. Menkes is skilled and thoughtful in her portrayal of dynamic women on screen and uses Brainwashed as a means to explore the culture she is subverting in her work—the myopic male gaze that makes up much of early and, to a lesser extent, contemporary film offerings.

The documentary itself is an elaborate TED Talk: though there are several talking-head interviews, the majority of the film takes place in an auditorium, where Menkes lectures an attentive audience. It’s an effective gimmick that represents the main topics of classical film theory, both in the feminist persuasion and not: gaze and identification.

The feminist filmic field that makes up Menkes’s focus was largely borne from an essay written by British film theorist Laura Mulvey. “Visual Pleasure and Narrative Cinema” (1975) is widely considered a seminal work in this school of thought, famous for effectively promoting a psychoanalytic framework through which to interpret and critique film. In her influential manifesto, Mulvey popularized the notion of the “male gaze,” arguing that the camera obscures the fourth wall, allowing the audience to ignore the production and, instead, see everything from the camera’s perspective—a distinctly male gaze that reflected who was working behind the scenes.

Men still overwhelmingly comprise production crews, typically serving as the major decision-makers controlling the camera. The 2019 survey Celluloid Ceiling explored the off-screen involvement of women in the film industry and found that only 21 percent of production crews of the year’s top 500 films employed women. The same survey indicated that only 6 percent of cinematographers were women and, most interestingly though not at all surprising, 21 percent of women-directed films employed female cinematographers, compared to a measly 2 percent for films directed by men. Another recent study, conducted by the Annenberg Inclusion Initiative in 2021, film diversity in race, gender, and age has either stagnated or dipped within the past couple of years.

This is not to say that women still play an entirely subordinate role in film, both on screen and behind-the-scenes, nor that all male directors uphold the traditions of the male gaze. Menkes doesn’t dwell too much on recent films, though. Greta Gerwig’s Lady Bird (2017) and Celine Sciamma’s Portrait of a Lady on Fire (2019) employ a female gaze, while Barry Jenkins’ Moonlight (2016) and Jane Campion’s The Power of the Dog (2021) dismantle the violence associated with masculinity. Yet, Menkes fails to highlight the ways in which directors, writers, and cinematographers have both subverted and outwardly critiqued the sensibilities that strive for an audience to identify with these gendered structures. Other than in discussions of her own work, Menkes never mentions how contemporary cinema has challenged traditional filmic norms. 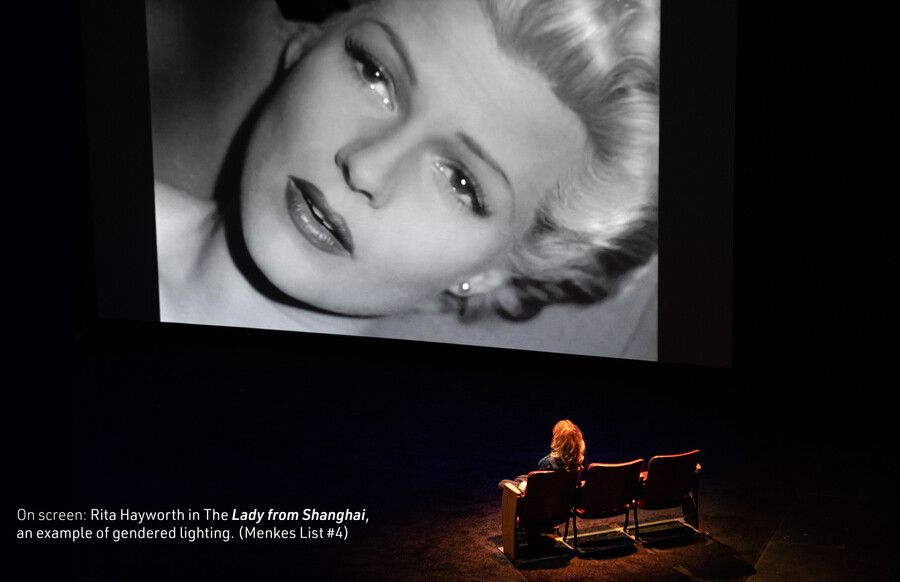 Despite this oversight, Brainwashed offers important insight into the experiences of women in the industry, specifically by spotlighting the blowback they encounter when they attempt to gain agency over their portrayals on screen. The most troubling story is about actor Lara Dale, who was threatened by her own manager after refusing to film an unscripted nude scene in a movie; Dale never worked as an actor again. Directors Eliza Hittman, Julie Dash, and Catherine Hardwicke, along with Mulvey herself, also offer their perspectives on the state and industry of film, though their testimonies are underused. It’s upsetting to learn of the bureaucratic hurdles that stand in the way of directors who come from marginalized communities, even if Menkes’s exploration of these structures is shallow.

Still, for a documentary that promised to connect the perspective (and concept) of the camera with the power dynamics of the film industry, there are a handful of key theorists missing. Though Mulvey is introduced with warranted reverence—and her critique of Alfred Hitchcock’s Rear Window (1954) is briefly mentioned—feminist scholar Tania Modleski is notably absent. In 1988, Modleski wrote the essay “A Master’s Dollhouse: Rear Window” as a response to Mulvey’s work. In it, she argues that Rear Window, a movie where almost all of the scenes are explicitly from the perspective of a male photographer’s camera (thus, making it potent material for writings about gaze), is a competent and complex portrayal of gendered society, where audiences are made to identify with the main female character instead of solely objectifying her.

Perhaps this narrow approach is the result of Menkes’s central concept: the interpretation of single scenes. While an effective teaching technique—successful in achieving “aha!” moments from students—close readings of individual, highly-curated movie scenes are strategies that rarely account for deeper investigations into representation and genre. It is insightful to map out camera angles in characters’ interactions, identifying from whose perspective they are being shot, but this exercise ignores the wider topic of symbolism and motifs. For example, one of Menkes’s criterion for the male gaze is that women and men receive different lighting in scenes: men are made to look like they are entrenched in their background while women are given lighting that emphasizes—or rather, reminds us of their—physical beauty. This is a true observation. But in moving on from the topic, Menkes misses the opportunity to showcase how filmmakers and writers have been using these techniques to subvert audiences’ gendered expectations.

The documentary itself is an elaborate TED Talk: Menkes lectures an attentive audience.

Jennifer’s Body (2009) is the best example. Written by Diablo Cody and directed by Karyn Kusama, the film follows Jennifer (Megan Fox), a hot high school student who turns into a vicious, man-hungry cannibal after she is used as a virgin sacrifice by a local indie band vying for fame. The movie uses the techniques Menkes spotlights throughout (though Menkes does not focus on this film specifically); most famously, Jennifer walks down her school’s hallway, beautiful and well-lit while the bumbling students around her are blurred. And though a scene-reading would implicate a male gaze, it is in fact a kind of subversion. The shot is a meta-textual succubus that, like Jennifer herself, lures the viewer in with its beauty only to subject them to horrific gore that swiftly follows. It exploits the expectation audiences have internalized from watching movies that employ this gaze to set-up further objectification—instead of seeing a nude Fox, audiences watch her dislocate her jaw to bite her victims and disembowel high school jocks who, in any other film, would have been her prom royalty counterparts. Perhaps this subverting of expectations is why it received dismal reception upon its release (though it’s now taken on a cult life of its own).

The subversion Cody and Kusama expertly employ in Jennifer’s Body has a name within film criticism: the abject. Philosopher Julia Kristeva coined this term in her 1980 work “The Powers of Horror: An Essay on Abjection.” Kristeva argues that the abject is anything that breaks a symbolic order of being—it is the physical reaction to seeing something that makes us aware of the separation between body and self. A human corpse and an open wound reminds us of our own mortality; so do rotting fruit flesh and feasting maggots, by representing decay that also leads to death. The kind of negotiation that needs to happen to satisfy audiences’ boundaries between the inside and outside of their bodies doesn’t exist in Jennifer’s Body—nor, for that matter, in Titane, The Lure (2015), or Ginger Snaps (2000). Or the Blackcoat’s Daughter (2015). Or Catherine Breillat’s entire filmography (2004’s Anatomy of Hell and 2010’s The Sleeping Beauty as prime examples). These films subvert the male gaze that Menkes criticizes, delivering women-centered stories that fight filmic gender norms—but their inclusion is missing from her analysis. Menkes does not examine abjection, despite its popularity among filmmakers who challenge gender expectations. And the absence of this theoretical concept from a conversation about film and gender is striking: the documentary effectively overlooks a flourishing, diverse filmography and ignores the devices that filmmakers use to evolve a visual language that has traditionally oppressed women.

Evidently, cinema focusing on women (and largely directed and written by women) has challenged the gender-normative status quo that has gripped the mainstream scene since the advent of the talkies. Menkes’s Brainwashed: Sex-Camera-Power is an adequate introduction to the field of critical thought within cinema—intermixed with important but brief stories from women within the industry—but ultimately doesn’t give enough credit to the filmmakers who have fought back against oppressive and repressive female representations on the big screen.

Read this Next: Abortion Is Under Attack. These 3 Films Illustrate the Resilience of the Reproductive Rights Movement. 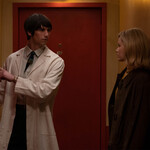 by Michelle Krasovitski
Film has long been used as an intellectual battle ground over the legal state of abortion.