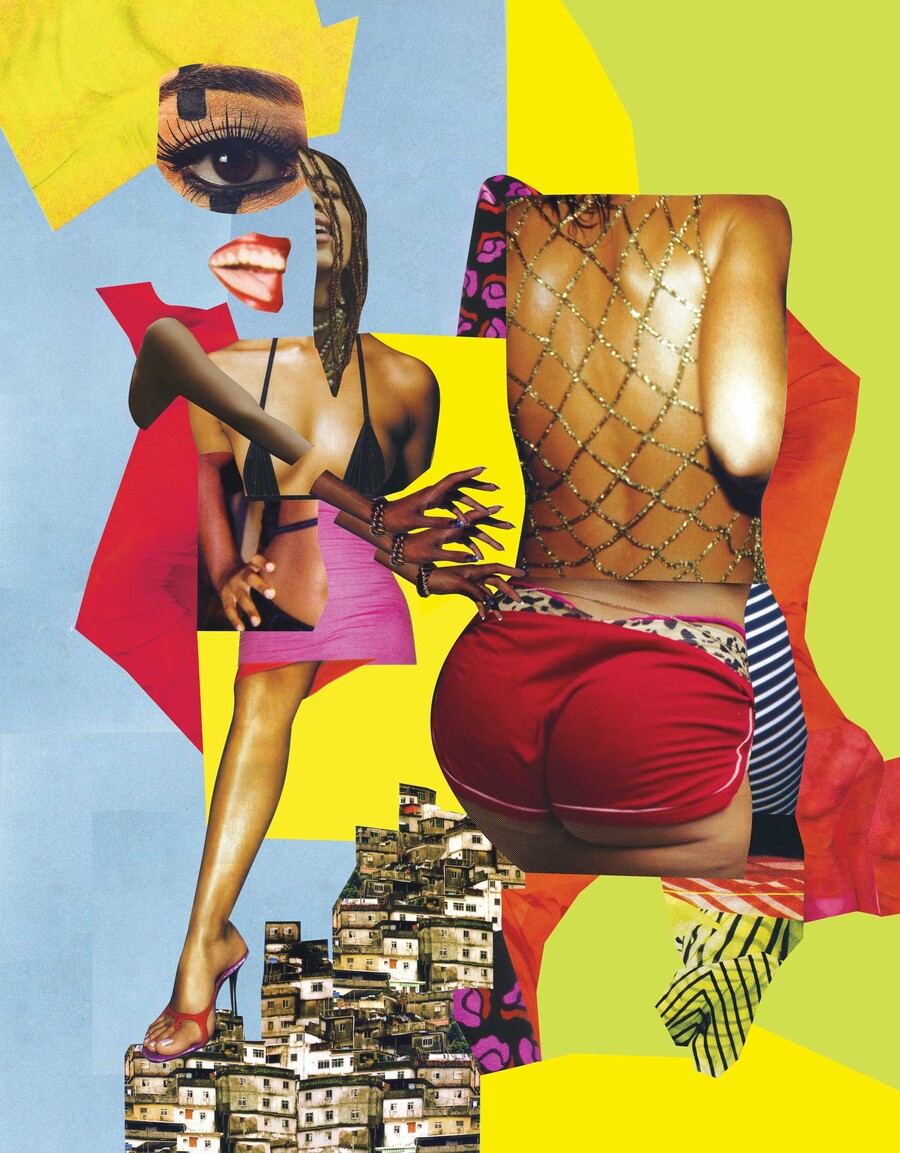 In December, pop star Anitta sparked heated debate among Brazilian feminists when she released “Vai Malandra” (“Go Bad Girl” in English), a funk-rap song all about shaking her ass. Anitta collaborated with an American rapper in a bid to break into North America’s music scene and, in the process, shined a light on the exoticization of Latin American bodies. Conversations around “Vai Malandra” focused on Anitta’s agency as a Brazilian mixed-race woman; the appropriation of Blackness; and the blurred lines between sexuality and objectification. “[T]he ass (and women’s bodies) can move from objectification to subjectification!” culture and communications scholar Ivana Bentes argued in an essay for Mídia NINJA. “Anitta’s lively ass, with its cellulite and no Photoshop, is a subject, not an object.”

In Claudia magazine, Juliana Borges, a researcher at the Foundation School of Sociology and Politics in São Paulo, pondered how Brown and Black working-class bodies are sexualized. “If [the video] is an objectification, we are saying that subversion is not possible and we are putting working-class women, once again, in a role of passivity,” she wrote. While the video’s focus on Anitta’s butt and brown skin certainly feeds the Western male gaze (alleged serial sexual assaulter Terry Richardson directed the video), it also illuminates how the historical objectification of Brazilian women’s bodies informs how those bodies are read. Since the 1960s, travel advertisements have promoted Brazilian women’s bodies as commodities for Western tourists.

“Brazilian women’s ‘easiness’ is naturalized as part of a tropical disposition that, while taking on specific dynamics when displayed on stage, is generally part of a larger discourse objectifying non-Western female sexuality,” writes anthropology professor Dr. Natasha Pravaz in her article “Performing Mulata-ness: The Politics of Cultural Authenticity and Sexuality Among Carioca Samba Dancers.” In a study about nudity and the colonial imagination, history professor Philippa Levine found that a lack of clothing has been entangled with meanings of savagery, inferiority, and primitiveness since the 17th century. “Neither nakedness nor nudity are definitionally fixed or universalizable terms or states,” she writes. “What constitutes a state of unclothedness is fluid and unstable—a historical problem, a problem of spatiality and of temporality.”

While this “tropical disposition” is part of the mythology of hypersexual Brazilian women, this stereotype is also built using the figure of the mixed-race Brazilian woman—who is a symbol of both miscegenation and the whitening of a racialized other. These are the tropes Anitta attempts to subvert. Although Anitta is mixed-race, she embraces Brazilian funk, a genre of music that originates in working-class Black communities (such as the Vidigal neighborhood in Rio de Janeiro, where the video was filmed), and even wears box braids. While Anitta should be more open about her relationship to Blackness, she still doesn’t escape stereotypes associated with Brazilian bodies. “Vai Malandra” is an invitation for Westerners to rethink their assumptions about Black and Brown women. Anitta chooses to twerk for her own pleasure because dancing to funk is a way for Brazilian women to enjoy and celebrate their own bodies. She’s not passively standing in the back to twerk; this is her song, her body, and she looks straight into the camera to make sure everyone knows that.

Anitta’s domination of a genre that consistently puts women in a submissive, sexualized position is itself a challenge to the Western gaze.

For years, Brazilian feminists have worked to reclaim ownership over how their bodies are perceived. They’ve orchestrated campaigns that challenge street harassment and fostered conversations about women being able to dance safely during Carnival season without being groped or violated. Women and queer people have even created their own versions of funk music. Though her work has its limits, Anitta’s domination of a genre that consistently puts women in a submissive, sexualized position is itself a challenge to the Western gaze. Funk dancing is not made for the Western male gaze. For me, a Brazilian woman who lives abroad, dancing to funk allows me take pleasure in my body and celebrate my culture. The Western gaze has always limited how I dance in public spaces; I have been afraid of being perceived as slutty or easy because I enjoy moving in a certain way. I have feared that my nationality, brown complexion, and dancing would attract harassment and groping—and sometimes, they have. Westerners must abandon their exotifying gaze and look at difference with a sense of complexity and humanity. As a global community, we need to acquire a gaze that is rooted in understanding curiosity rather than objectification. And Anitta is perfectly equipped to teach that lesson.