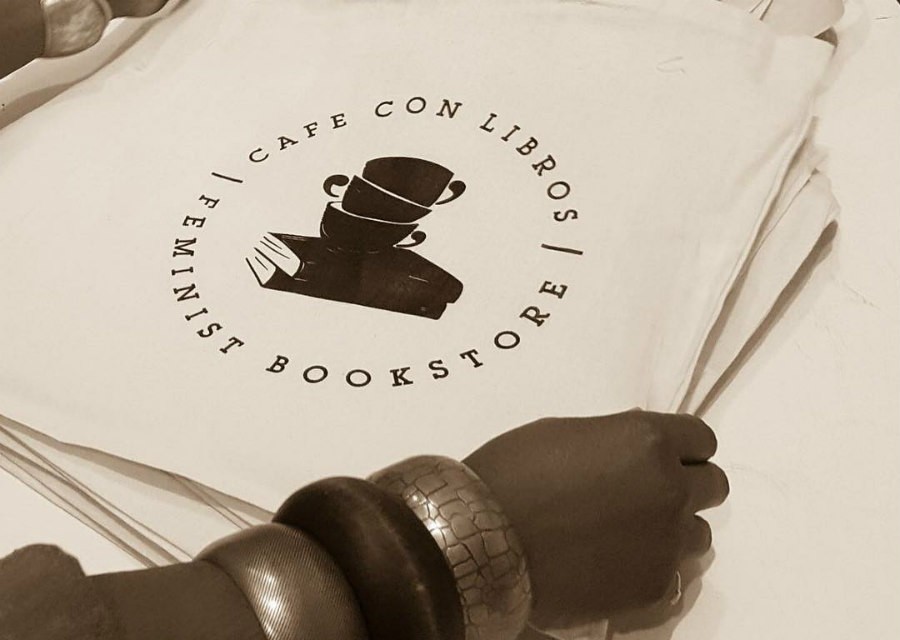 Nestled on a tree-lined street in Crown Heights, Brooklyn is a feminist’s dream come true. Founded by social worker, educator, and Afro-Latina activist Kalima Desuze, Cafe con Libros is a sunlit solace for coffee lovers and bibliophiles alike. Within minutes of entering, customers are greeted with an inviting smile from the cafe’s barista and surrounded by shelves stocked with books from prolific writers, like Audre Lorde, Gloria E. Anzaldua, Celeste Ng, and Gloria Steinem.

It’s clear that Cafe con Libros is deliberately intersectional and unapologetically feminist. In addition to a wealth of titles, a thriving book club, and events, Cafe con Libros also offers visitors a tantalizing menu of lattes, teas, and treats that are best enjoyed while reading in one of the cafe’s cozy nooks. Everything about Desuze’s buzzworthy haven radiates with intention, an attribute that makes its interior feel like a home away from home. In an age where many are cashing in on the rise of corporate feminism and the popularity of #BlackGirlMagic, Cafe con Libros and its founder are a shining example of what can happen when one woman’s vision truly aligns with her politics.

A few weeks after Cafe con Libros’ grand opening, I spoke with Desuze over the phone about the inspiration behind her bookstore, the importance of uplifting women’s voices, and why authenticity still matters.

Can you talk a little bit about what books, particularly those written by women of color, meant to you while you were growing up?

My mom moved here from Panama and she always subscribed to Essence, Ebony, and Jet Magazine. Those are the three magazines I grew up with in my home, so I’ve always seen myself reflected on the page. It was part of my daily life. I would pick up those magazines and read those articles. They infused me with the idea of being grounded in yourself as powerful force in the world. I always knew about powerful Black women doing their damn thing in the world because of Essence, Ebony, and Jet. It grounded me and I’m so grateful for that. 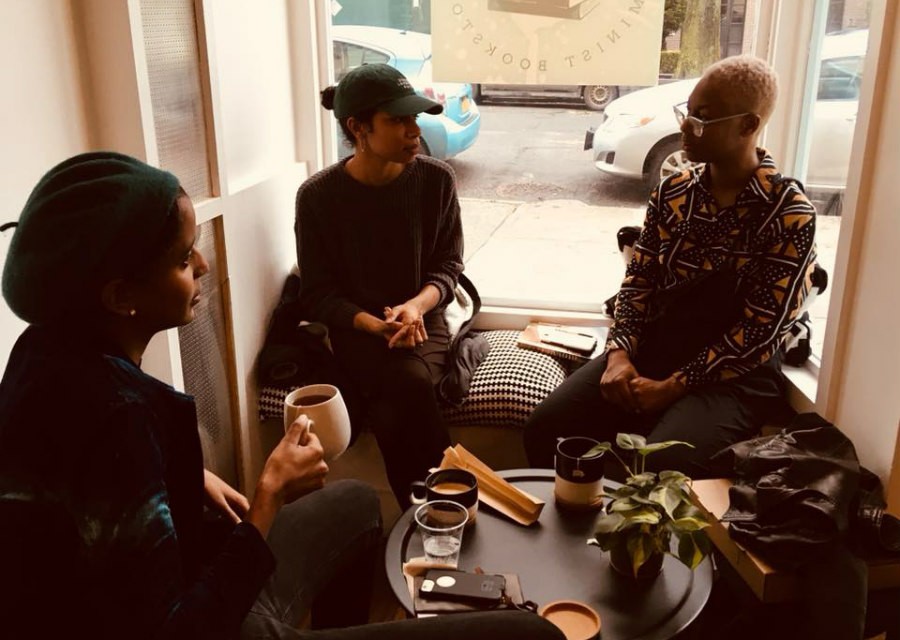 You’re an activist and you’ve worked within the nonprofit sector. Can you talk a bit about the way your activism and your politics have informed your career and creative goals?

My politics and my values have informed my career goals because I’ve always believed that we should create the life that we want to live and build a career around it, so that’s what I’ve done. I’ve been committed to gender justice for a very long time and [inspired] by own experience growing up as an Afro-Latina girl in America, so my values have dictated my career choices. I’m committed to working with and on behalf of women and girls, particularly women and girls of African descent of the diaspora, and working on anti-racism. My values and commitment have led me to where I’ve gone.

What was the inspiration behind Cafe Con Libros?

I think it was Alice Walker who said we have to create what we want to see. She was talking about writing stories, but I believe that we have to create the spaces that we wish to have. Black feminism saved my life because we live in a world that launches assaults against Black women every single day. It doesn’t matter what we do right or how well we do it. In the absence of Black feminism I don’t know where I would be today or who I would be. I told myself that we need more unapologetically feminist spaces because that saved my life. Spaces like that provide daily motivation for me, so I wanted to recreate that for others. I just want folks to feel known, noticed, and part of something when they’re here.

The selection of books in Cafe con Libros are so diverse in terms of genre, form, and identities. What was your approach toward curating and amplifying voices?

Cafe con Libros is so affordable, which makes it accessible to the community in a way that other cafes and bookstores are not. With the rise in gentrification, so many spaces in Brooklyn aren’t actively inclusive for all members of the community. How did this factor into your pricing?

I make all my decisions within a community, and I have been fiercely committed to an idea of pricing that [centers] working women and young people, particularly women of color. We get 60 cents to the dollar that white men get paid, so we can’t afford something that’s priced at 100 percent. That sort of pricing isn’t feminist; it’s capitalistic. I’m pricing for my people and for women. I’m pricing in a way that shows good things not being exclusive or  discriminatory. I don’t want to redline my coffee.

Literature-centered communities are having a bit of a resurgence. Why do you think people are so interested in storytelling and narrative right now?

Crown Heights has a very activist spirit, and folks who are living as close to their values as possible [are] shopping local and supporting businesses of color. That gives us the opportunity to push against the forces of this social political climate and recreate the world that we’ve always imagined. There’s so many different variables that are creating this alchemy. I’m really interested in how we can maximize it and build a sense of genuine and authentic—not performative—community building.

How can intersectional feminism aide neighborhoods that are in transition? What do you think it can teach us in terms of community building?

Intersectional communities force us to honestly look at ourselves and our identities and to then reckon with that in real and concrete ways that will hopefully that will lead us to a place of curiosity, compassion, creativity, and empathy. It’s really important for us to not see ourselves as one dimensional, because if you’re able to see yourself as multidimensional, you’ll see others as multidimensional. It’s complicated but necessary.

What do you hope Cafe con Libros and similar spaces will give younger generations of readers and activists?

I hope that it instills a sense of value, worth, and curiosity. I hope that it [serves as a] counternarrative to what they see on television, hear on the news, and listen to in lyrics. I hope that they’re emboldened, humbled, and floored by some of the things that we’ve had to go through to get where we are right now. I hope it gives them perspective looking back, a vision of the future, and a politic to live by.

This interview has been edited for clarity and length.

The Price of Activism, According to Teen Vogue

Ivanka’s World of “Women Who Work”