To Call Trump an “Outsider” Is to Dodge the Real Point 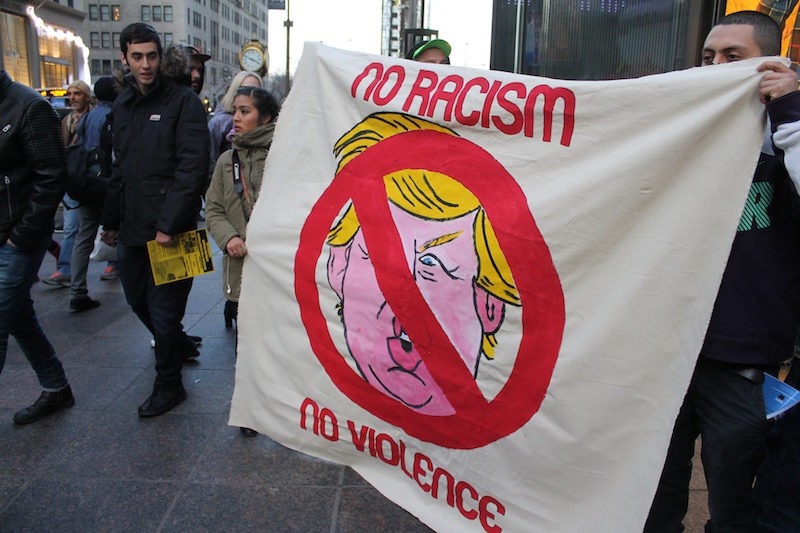 The grocery store is funereal, smooth jazz filtering indifferently through the aisles while the freight crew stocks the shelves. We float past each other, ghostly. A woman in line in front of me is buying a giant bag of dog food and a tiny bag of cat litter. I stare fixedly into the distance until the checker interrupts me in the kind of gentle, low voice doctors use when they are about to say “We did everything we could.”

In the newsstand out front, the North Coast edition of the Chronicle screams: “HOLDING OUR BREATH.” They hadn’t called the election by the time it went to press, but the headline seems pretty apt anyway. We are. Holding our breath, that is.

On the way home, I pass a car with a Confederate flag emblazoned on it, and I flinch. It’s rural Northern California and the driver probably couldn’t even name the dates of the Civil War but he’s wearing his heart on his sleeve and it’s a racist one. I recognize him. He helped me find a bulb at the hardware store last week.
I can’t look at Twitter.

In the last 12 hours, as the election went from a pretty sure thing to nerve-wracking to utter despair, I’ve seen a lot of reasons floated to explain the results that, according to the popular vote, the majority of Americans did not want. It was third-party voters siphoning off the vote. It was ignorant rural Americans; just look at the map. It was the working class. It was misogyny. It was people of color, for not turning out.

It was white people.

It was white people, and those of us who are white have to own that.

The Times is not the only news outlet engaging in polite dog-whistles this morning. “Repudiation of the status quo,” says the Washington Post. To call president-elect Donald Trump an “outsider” is to dodge the real point: He is in strict point of fact a raging bigot, as America was warned all along, and he successfully ran a campaign on that hatred. What Trump promised to America was “America first” and “white is right,” and white America responded. The status quo in the United States is systemic racism, and Trump will uphold that on January 20 as soon as he starts reversing executive orders.

People of color—and many people in marginalized groups, including my fellow LGBTQ people and disabled people, including women of all races, including Muslims and immigrants and Jews and refugees—warned America this would happen. As reactions unfold, there is a long, slow, collective sigh from those who knew this was coming but held on to a shred of hope: Maybe “allies” won’t let us down this time.

This was a strange election, I say, in an understatement. But it was, in many heartbreaking ways, very predictable. The history of America is one of progress and backlash, and we made a lot of progress in the last eight years, so there is a lot of backlash. Conservatives have screamed about PC culture and censorship and how it’s no longer “okay” to be racist, but what they’ve meant is that a larger portion of the white population has finally decided that perhaps it is not polite to be racist in public. America was no less racist in private. White, progressive America just learned that when you sweep racism under the rug, it goes to the polls anyway.

We’ll be picking apart poll data for months, but early impressions are pretty crystal clear: It is white people of all genders, across all age groups and education levels, who turned out for Trump. We’ll talk about what polls went wrong and hold the mainstream media culpable for its handling of this election, but what this ultimately boils down to in the end is white people.

We live in an America where whites have built an entire country around a sense of existential threat, from the Constitution on up. Whites have spent centuries convincing themselves that they are an oppressed minority, that they must act to defend themselves. It was a majority-white Supreme Court that struck down key portions of the Voting Rights Act, disenfranchising an as-yet-unknown number of people in battleground states. It is white judges and juries convicting the 1 million Black Americans who are currently incarcerated and subject to felon disenfranchisement. Millions more have served their time, but are still unable to vote. It is white officials setting election policies and turning people of color away from the polls.

This is about the three-fifths compromise and Jim Crow and the KKK. It is about a systematic, institutional hatred of people of color that white people like me have enabled, whether actively or through indifference. This election is on us, and many of us will be hurting as a consequence, but we are not the vanguard or the canaries in the coal mine. For all the horrors about to be visited on, for example, white disabled Americans, disabled people of color have been enduring worse for decades and will be on the front lines of the dismantling of the Affordable Care Act, the gutting of disability rights, the slashes to disability funding.

We were warned. We were told to come for our people. We shined it on. And now we are going to suffer the consequences. Already, privileged whites reference fleeing the country, leaving the rest of us behind to deal with what they have wrought. Already, whites are quick to say “not my America” and “not my president” and “I didn’t vote for him.” But this is our America, and this will be our president, and we may not have punched a ballot for Trump, but we most certainly enabled his rise.

The question is: Will we use our power to enable his fall, too, or will we leave it to people of color to shoulder the weight and then blame them for failing when they cannot do it alone?

It's incredibly embarrassing to be a white person, especially a white woman, right now knowing we're the group that propelled Trump into office. This embarrassment is nowhere near the very real fear many minority groups are feeling right now. I can only hope those whites who didn't vote for Trump (and maybe even some who did) can act as allies during the next few weeks and over the course of his presidency.

Egads, I didn't peruse the article, only skimmed it. I think this ideological stuff will not find its way into the house of intellect. It's far too superficial, like some trend or movement that lacks foundation or bearings. An excellent book on the subject is by a German academic, titled 'Globalization under German Imperialism,' in which he addresses race and migrant labor, among other issues bearing upon today. Remiss to recall his name, as I sent the book to a Russian friend. Intelligent and intellectual people voted for Trump. Read William Blum's blog piece on the subject, on his website under his name. I voted for Trump; I am not naive, and will debate anyone who wants to debate on the subject. 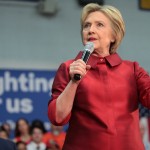