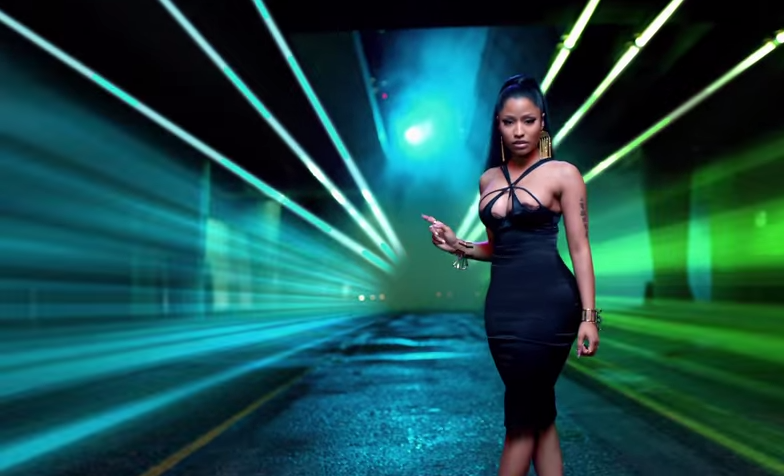 When the Las Vegas franchise of Madame Tussauds unveiled its new wax figure of Nicki Minaj this summer, some fans were noticeably puzzled, even repulsed, by the museum’s chosen depiction of the Anaconda singer. Minaj’s wax figure is a “homage” to her internet-breaking video: she’s perched on all fours, mouth slightly parted, dressed in the outfit sported in the video—a gold-chain bra, form-fitting black short-shorts, and heels. Despite the on-point replication of the outfit, there’s something noticeably off about the overall figure. For one thing, the figure’s skin color is considerably lighter, much more olive-toned than her warm brown complexion. The wax figure’s face nowhere near matches Minaj’s actual features; everything seems a bit more angular and feline, much more European in appearance than the rapper and singer’s Trinidadian roots. Her natural, striking beauty has been compromised for a whitewashed face that is hardly recognizable. Additionally, the pose itself has attracted a plethora of unsavory behavior from visitors. Instagram has been flooded with pictures of people fondling the figure and engaging in simulated sexual acts, treating the figure as though it were a sex doll than an exhibit piece. The Guardian reported that one man posted a picture on Instagram with him “mounting the figure from behind and pulling its hair.” Minaj is the first female rapper to have a wax figure created in her honor. Having the figure on all fours feels like it’s cheapening such a celebratory cultural milestone. 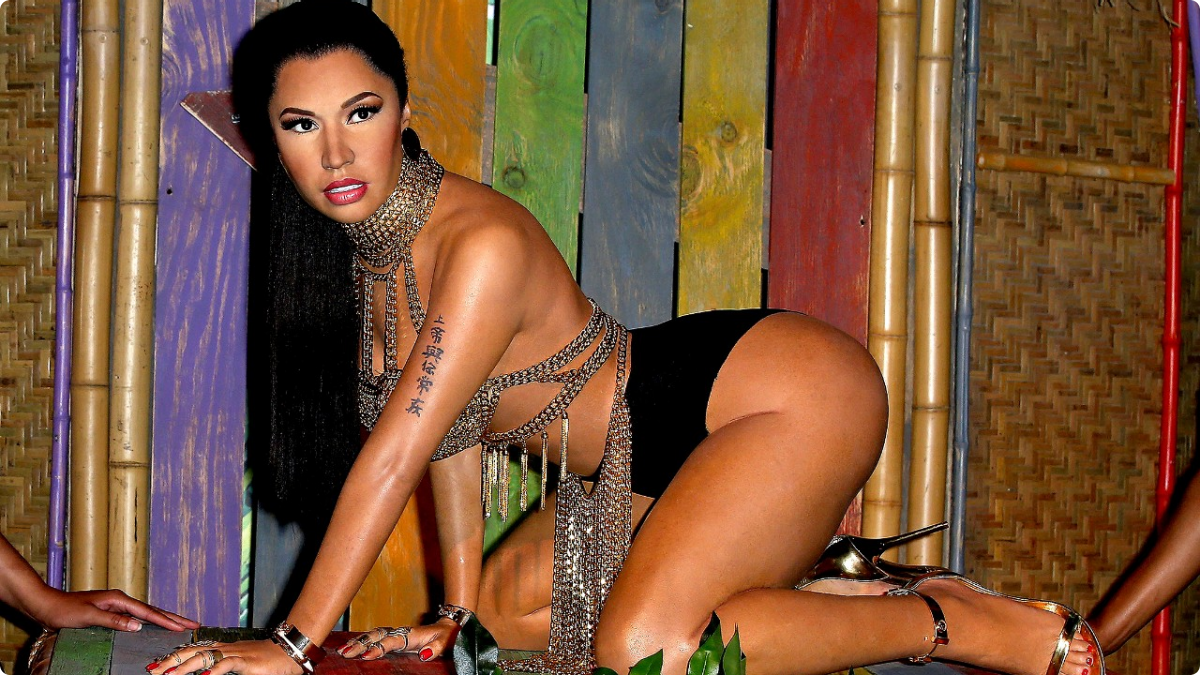 The problem with the statue is not the fact that the museum curators chose to depict a still from Anaconda. After all, the single cover and the video’s premiere certainly grabbed headlines and spawned dozens of think-pieces that discussed the pro-feminist leaning lyrics to the idea of rejecting the male gaze. The problem is that the wax figure represents part of Minaj’s legacy. In posing Minaj in an unflattering way, the figure captures more than it means to—more than any other pop star, Minaj has to grapple with constant disrespect and misrepresentation. In a New York Times profile published this week, Minaj kicks reporter Vanessa Grigoriadis out of her hotel room, getting mad when the reporter asked, ‘‘Is there a part of you that thrives on drama?”

‘‘That’s disrespectful,’’ Minaj said, after a pause. ‘‘Why would a grown-ass woman thrive off drama?’’

Reading this exchange, I had to wonder if she would have asked this same question to someone like Taylor Swift, who although markets herself as an American Sweetheart, has built her musical career and persona on writing songs specifically about her ex-boyfriends. As a reader, it felt like the profile focused less on Minaj's accomplishments (just as a refresher: she is the highest-earning woman in hip-hop, has won the Best Female Hip-Hop Artist six consecutive times at the Black Entertainment Awards, and her most recent album has sold over one million copies), but on her role in pop culture controversies. Focusing on the “drama” between Minaj and artists like Miley Cyrus and Taylor Swift plays into the pre-conceived picture of her as an “Angry Black Woman.”

Minaj likely bristled at the “drama” question because she often has to defend herself for things other white pop stars don’t. The public outcry concerning the so-called “indecency” of the video “Anaconda” highlighted the ways in which Black female artists are shamed for openly and unabashedly expressing their sexuality, while their white counterparts, such as Miley Cyrus, Lady Gaga, and even rap rival, Iggy Azalea, are commended for their fearlessness. At the time of the reveal of the cover art for “Anaconda,” father and AllHipHop.com CEO and founder Chuck Creekmur’s preachy, judgmental open-letter to Minaj went viral, wherein he said, “The most popular, current Black female rapper starts overtly pushing her hyper-sexualized image again? I’m trying to raise a young girl that will eventually grow into someone greater than the both of us…Is this the path you want to lead impressionable kids down?” Why does Minaj’s expression of her sexuality have to serve as a cautionary tale to young girls? Why aren’t music CEOs coming after her white counterparts when they post racy pictures on their Instagrams?

When Miley Cyrus and Taylor Swift express their sexuality, they’re hailed as feminist heroes or as innocent young girls just exploring her identity and doesn’t know any better. Writing for Bitch last year, Amy Lam pointed out the hypocrisy of denouncing Minaj’s “Anaconda” video while remaining silent about other pop stars and their equally titillating visuals. She wrote, “”Anaconda” shifts the common narrative of a man conquering female bodies to Minaj’s own stories of sexcapades without apologies… Her body belongs to her, and she can twerk it and work it however she pleases, and she doesn’t owe anything to anyone.” 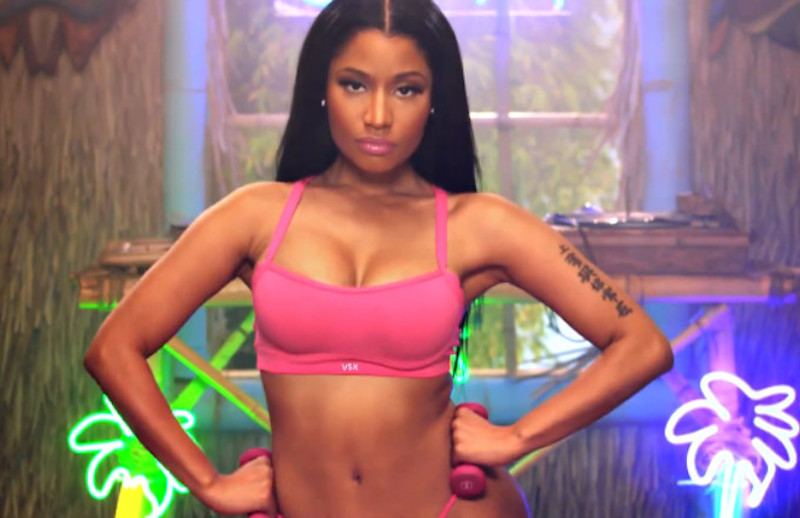 All of this is encapsulated in the wax figure meant to represent Minaj’s legacy. Although Minaj herself said on Instagram that she appreciates the figure, it still doesn’t excuse the degrading aspects of the statue. Why the pose on all fours? Why put the sculpture in such a position that emphasizes not Minaj the artist, but Minaj’s physical attributes and her physical attributes alone? Other statues of public figures, such as Kim Kardashian, are fully-clothed and standing upright, more shopping-mall mannequin than sexual curiosity. Since the outcry over the figure, the museum has rearranged the exhibit so that it’s harder for people to take explicit photos with her statue.

But however the set is rearranged, the statue still bothers me. To look at the double standard here, see how Katy Perry, who was gifted her own wax figure at the same Madame Tussauds in 2013, was not subjected to the same backlash. Although some noted that the face looked nothing like the actual pop star, the figure was standing upright, preventing the opportunity for visitors to engage in the crude displays of adoration bestowed upon the Minaj wax figure. The statue is reminiscent of Perry’s “Teenage Dream” era, which includes the video for “California Girls.” Going by the museum’s logic, if they wanted to create a statue of Perry that pays tribute to her iconic video, why didn’t they fashion her bra into two shooting whipped cream canisters? The difference between Perry’s wax figure and Minaj’s wax figure is not the amount of exposed skin, but the way in which sexuality is portrayed. Perry’s follows her Candyland aesthetic without hypersexualizing her pop star identity, while Minaj is not allowed that same level of separation. As Azealia Banks expressed on her Twitter, “As much as that woman has accomplished, they had to put her on all fours… Why not standing up with a mic in her hand?”

by Amy Lam
A podcast at the intersection of race, gender, culture, and nom nom.