Pot Is No Panacea For All Disabled People | Bitch Media

The Cure-All PlanPot Is No Panacea For Disabled People 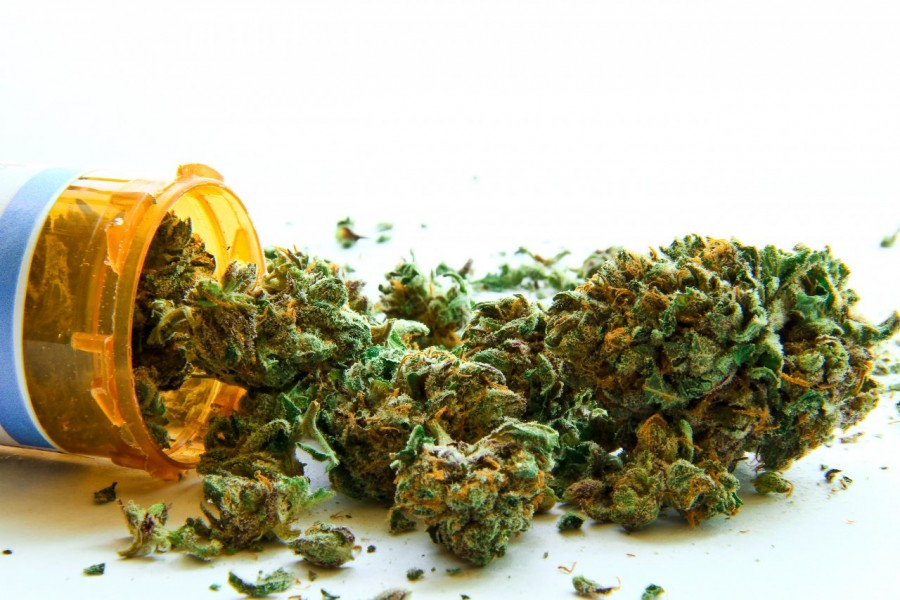 A green wave of cannabis legalization is sweeping the nation, much to the dismay of Jeff Sessions’s Justice Department. Thirty states and the District of Columbia have legalized cannabis for medical and/or recreational use, and cannabis policy advocates in 11 states are pursuing cannabis-related ballot measures. As social and cultural attitudes toward cannabis shift, the fault lines of the industry are growing deeper, including the racial inequalities in who is benefiting. In 2016, Amanda Chicago Lewis appropriately described it as a “whites-only weed boom” for BuzzFeed, and despite criticism and calls for racial parity in ensuing years, the mainstream face of the cannabis industry—and the faces of those standing to reap the most profits—are still overwhelmingly male and white.

That has big implications for medical marijuana culture and the disability community’s role in the conversation about cannabis use. Among the many issues embedded in the language about decriminalization and legalization advocacy is discussion about cannabis’ purported medicinal properties. For the disability community, the trend of treating pot as a panacea is escalating, and for some, that’s very frustrating—even more so because the cure-all crowd often fails to acknowledge the racialized nature of cannabis in the United States.

Federal restrictions on cannabis research have made it challenging to fully understand the potential medical benefits of cannabis in its various forms (flower, tincture, salve, edibles, etc.) Like other medications derived from natural sources, cannabis contains a host of compounds, any one of which may be responsible for health benefits; interactions between those compounds influence the way they act within the body. If tetrahydrocannabinol (THC) is one of the main suspects in creating a high, cannabidiol (CBD) is frequently identified in research on pharmacological benefits. 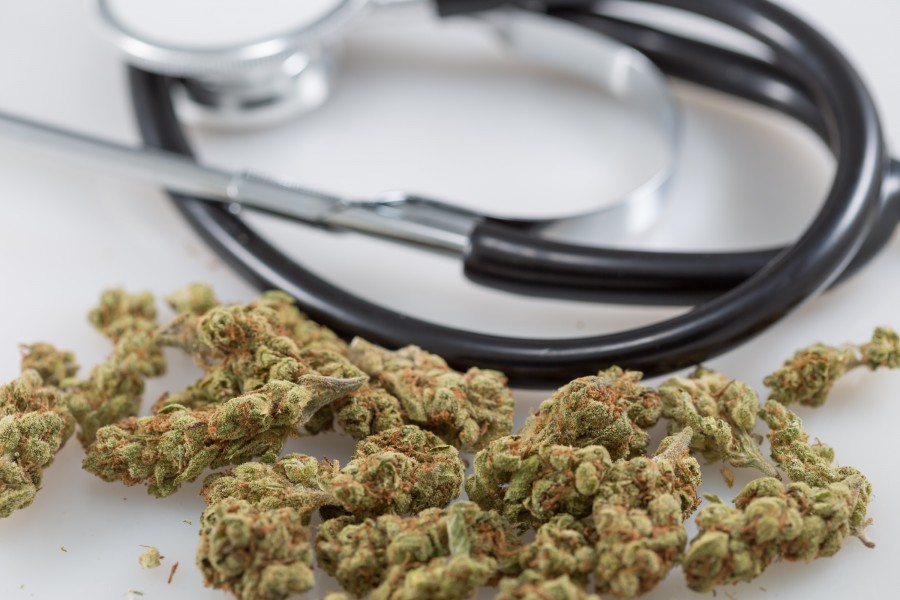 There’s a large body of research of varying quality that supports the use of cannabis—and CBD specifically—to treat pain, glaucoma, anxiety, epilepsy, PTSD, inflammation, depression, and a variety of neurological disorders. I get suspicious any time something is touted as effective in treating a laundry list of unrelated issues, but some researchers insist CBD is the real deal. “As a scientifically minded person my initial reaction to something like this…I would say that’s a load of garbage,” says Kit O’Connell, a disabled journalist and editor of the advocacy organization Ministry of Hemp. But, he adds, the science is actually surprisingly compelling.

It’s undeniable that for some people, using cannabis products has real benefits. And here, argue some members of the disability community, is where the problem lies.

Disabled people are accustomed to receiving unsolicited medical advice from everyone around them: Mention on Twitter that you’re having a high-pain day and be prepared to be inundated with exhortations to try yoga, crystals, elimination diets, meditation, and a range of medications. Mention that you’ve been diagnosed with an acute or chronic medical condition and watch people pop up to offer their unsolicited suggestions. Write that you’re not looking for medical or spiritual advice and just want to talk about what’s going on, and still at least one person will slide in to say, “I normally don’t do this, but have you tried [X]?”

This is frustrating, especially for those who are comfortable with how they’ve chosen to manage their lives and just want to blow off some steam. At worst, it can be alienating and disablist, as with would-be advice givers who propose “cures” for impairments that some disabled people view as integral part of their identities, like autism. Some cannabis advocates can be extremely aggressive with their cure rhetoric.

“I started hearing pot-as-panacea rhetoric pretty early. When I was diagnosed with Fibromyalgia at 20, I heard a lot of ‘you should try pot!’ from a lot of acquaintances,” says Marianne.* Fibromyalgia can be accompanied by acute pain, along with fatigue, gastrointestinal distress, and sleep problems. Many people with the condition manage their pain with the help of opioids, and Marianne thinks opioid stigmatization is one big reason that people push cannabis as an alternative. “There is a huge contingent of pot evangelists who do not trust the pharmaceutical industry at all.”

The cure-all crowd often fails to acknowledge the racialized nature of cannabis in the United States.

And, argues Marianne—who has in fact tried CBD to manage her pain—sometimes the motives behind promoting cannabis as a magic bullet are less than pure. “I think at least a few of these people—especially if they are abled—want pot to become more accepted for their own benefit, but if that takes the form of being pushy to chronically ill people, that’s not great.” O’Connell has noticed the same trend, saying that he thinks “some people view medical as a backdoor to legalization,” rather than recognizing it on its own merits.

The issue is complicated by the fact that cannabis products run the gamut—strains bred for medical and recreational use are quite different. Cannabis cultivars are bred to contain varying levels of CBD, THC, and other compounds, with the goal of providing different highs or a medical benefit. Furthermore, the way different strains are grown, formulated, and packaged can be wildly variable.

“Many strains send my tachycardia sky-high, setting off my dysautonomia and triggering an attack, which can take hours to recover from,” says Ace Ratcliff, who has used cannabis to manage their Ehlers-Danlos syndrome and has worked in the cannabis industry. Their first line of defense continues to be opioids—and thanks to increasing restrictions on opioid access, it’s getting harder to access the medications they need. 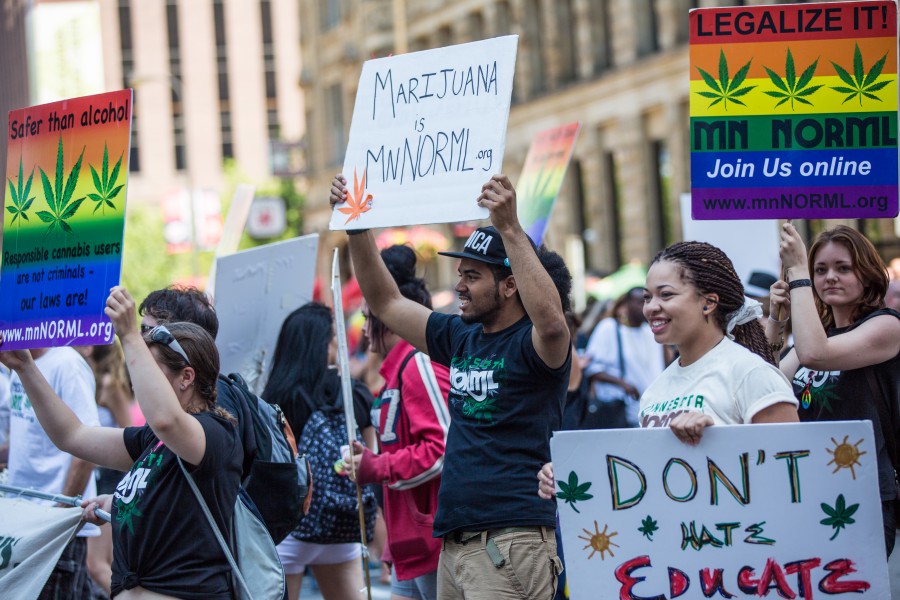 Ratcliff, who lives in California, is also in a bind that affects a number of patients in states that have legalized medical and recreational marijuana: It’s getting harder to obtain medical strains now that the recreational market has exploded, and the costs of cannabis are also climbing out of reach.

“Because of the new laws and taxes, the cost of visiting the dispensary has become extremely high. And because of how much cannabis I consume on a regular basis due to my illness, the cost simply isn’t sustainable, so I’ve completely pulled back on my use.” (Because it’s classified as a Schedule I drug, health insurance doesn’t cover cannabis—even when a physician has prescribed it.)

“Each patient has to be able to find a balance, and sometimes that balance doesn’t include cannabis,” says Ratcliff. For those who do find that it helps, securing access is critical, but those who don’t want to use cannabis, are unable to do so, or haven’t found it useful are tired of hearing that all their problems would go away with a few well-placed tokes.

And there’s an elephant in the room. “I’ve noticed a racial divide—the people who have been most steamroller-y about pot have all been white and well-off,” says Marianne. This is a reflection of privilege—whites have historically avoided consequences for cannabis-related offenses, while the same has not held true for Black and Latinx people. Communities of color have been disproportionately targeted in the war on drugs for decades.

In 2016, more than 650,000 people were arrested for cannabis-related violations, nearly half of all drug-related offenses. But all busts are not created equal: In a 2010 study, the ACLU found Black people were four times as likely to be arrested as whites, an injustice that carries through the courts as well. Fifty-seven percent of people incarcerated for drug offenses overall in 2016 were Black or Latino—a number not at all reflective of their representation in either the U.S. population or among drug dealers and consumers.

In California, legalization included an opportunity to remove cannabis-related offenses from people’s records by request, which should theoretically clear people to enter the industry. Yet only San Francisco has taken the logical step of automatically expunging such offenses, with some groups running clinics to help people with paperwork. Proprietors and staff of cannabis businesses that wish to operate legally in California need to pass a background check, something they will fail with drug offenses on their records. The City of Oakland chose to offset this with an equity permitting program explicitly creating opportunities for people with drug records, a move some city councilmembers said was necessary for racial justice. 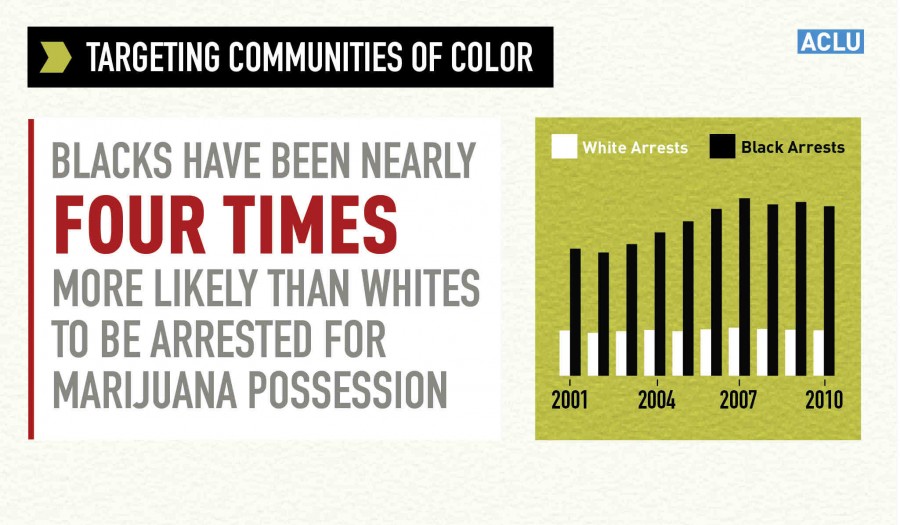 It is functionally impossible to talk about justice and cannabis culture without talking about communities of color, and the overlapping intersections with disability underscore this. With whites telling other whites to try cannabis for all their health care needs, some cannabis advocates are irritating many disabled people while cutting out communities of color, including patients of color who might see a real benefit from cannabis. Legitimization at the expense of communities that have paid a high price for prohibition is not progress.

White cannabis advocates using medical cannabis as a shield as they attempt to normalize cannabis are ignoring the fact that cannabis users of color take on greater risk, whether they’re recreational or medical users. They ignore lives destroyed by the war on drugs. They’re also building on the work of communities of color who have bred cannabis strains, developed cannabis products, and innovated in the field, while cutting them out of the legitimate market. And disabled people—even those who find cannabis products helpful—should see this racism for what it is and call it out.