Which Millennials Get to Be Burned Out? 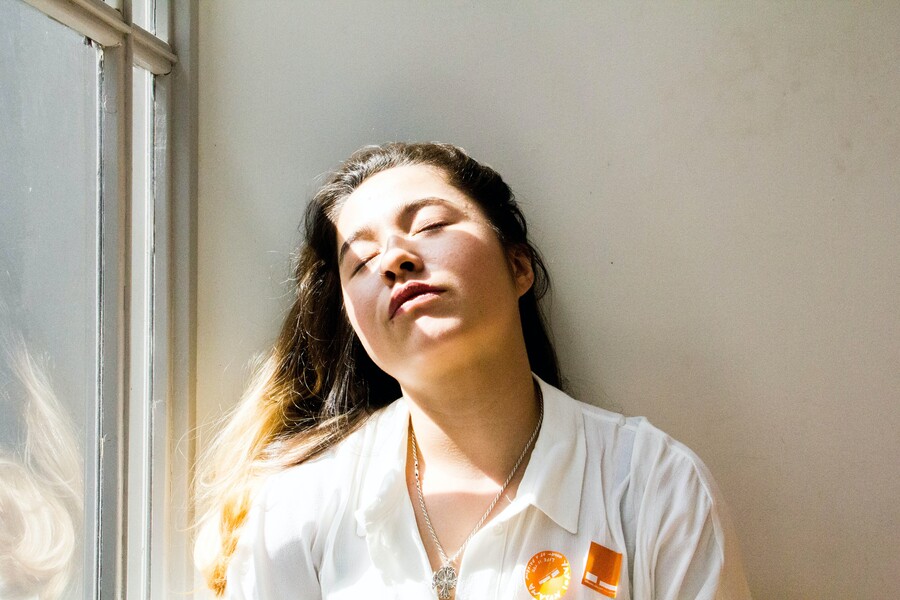 It’s no secret that living in late-stage capitalism, battling a pandemic that’s caused at least half of U.S. households to face serious financial problems, and dealing with the impacts of global fascism and white supremacy are exhausting, particularly for millennials who were promised a much better life. Anne Helen Petersen’s Can’t Even: How Millennials Became the Burnout Generation, which expands on her viral 2019 BuzzFeed essay on the subject, promises to delve further into the causes of millennial exhaustion. The essay chronicled Petersen’s own battles with burnout and the difficulties of performing simple tasks, such as getting her knives sharpened, donating books to the library, and making an appointment with her gynecologist. The book offers a wealth of research about how work has become all-consuming for millennials. Though Petersen, who has a PhD in media studies, is clearly an empathetic writer and a good researcher, the book fails to reveal more than what she included in the initial work.

This is especially important given the criticism that Petersen was viewing burnout through a white lens. As Tiana Clark wrote in response, “No matter the movement or era, being burned out has been the steady state of black people in this country for hundreds of years….  There’s too much to cover, and my buffering, black millennial brain is short-circuiting the litany of inherited trauma — or should I say inherited burnout?” Beyond the overarching argument that “work sucks,” Can’t Even feels rushed, not quite bringing together all of Petersen’s research. Ironically, the elements that undermine Can’t Even are precisely what Petersen rails against: a dehumanizing, fast-paced work culture that desperately seeks to capitalize on immediacy and virality. The very concept of work is built on exploitation, class stagnation, and the criminalization of the Black and brown working class, but burnout has only recently been identified as a serious condition—the World Health Organization labeled it an “occupational phenomenon” in 2019—because white, middle-class folks are now experiencing it.

In Petersen’s defense, she clarifies at the beginning of the book that it’s written from her perspective as a white, middle-class, heterosexual, cisgender, millennial woman, and proposes that this is the start of a conversation about work. However, the book still manages to ignore a wealth of labor-rights struggles. Instead of employing a holistic perspective of work that discusses how present conditions are worsening what was already terrible, Petersen offers dense layers of information, personal tidbits, and anecdotes culled from interviews with millennials. Those stories cover so much territory at once—race, gender, helicopter parenting, downward mobility in the 1980s and ’90s, sheltered upbringings vs. free-range childhoods—that it can be difficult to keep track of what, exactly, Petersen is trying to argue or demonstrate with them.

The critique of Petersen’s original piece was that it elided the ways in which precarity at work and a lack of class mobility has been a fact of life for Black and Indigenous people in the United States since at least the post-emancipation era. (As Black scholar Sean Hill II wrote in a 2017 article for Women’s Studies Quarterly, “Their existence as a precarious class in fact preceded neoliberalism.”) Petersen’s response, however, is to address the issue in a way that comes across as more additive than analytical: In introducing the tired millennials she interviewed, she notes their race, sexuality, class, and whatever other categorizations seem relevant, presumably in an attempt to make her argument as inclusive as possible. However, it’s never quite clear what their race, ethnicity, and class mean beyond demonstrating that millennials have it uniquely bad. For instance, in discussing the misalignment between millennial ambition and a lack of knowledge of professional fields, Petersen introduces readers to Liz, a Latinx woman whose Mexican parents never went to college; Liz herself opted for community college and then transferred to the University of California, Berkeley, betting on an “amorphous blob of ambition without a map.”

We never find out how this strategy worked out for Liz because Petersen quickly shifts her focus to another subject. The accumulation of such unmoored stories ends up feeling tokenizing and occasionally performative. That’s not to say Petersen’s interviewees aren’t genuinely burnt out; it’s simply that their identities don’t feel as central to Petersen’s thesis as they could be. There’s also the matter of Can’t Even’s confusing historical perspective on workers’ rights. Though Petersen mentions unions and solidarity often, emphasizing that work is always better when unions have some power to advocate for their workers, any focus on labor is undercut by the obvious “apolitical” self-help tone of the book: “[S]olidarity will [help]: an old-fashioned word that simply means consensus, amongst a wide variety of people of like mind, that resistance is possible,” Petersen writes, without explaining that solidarity between workers is crucial for striking rather than a matter of nebulous resistance.

The book’s musings on unions and solidarity are mostly vague, and there are places where it simply ignores key parts of labor history: Migrant farmworkers, for instance, are mentioned only in a passing parenthetical in a point about childcare issues, which seems like a glaring oversight given they have always been at the forefront of the workers’ rights movement. Even inadvertently framing migrant farmworkers as purely oppressed by the system rather than as the protagonists of decades of labor struggles shows a lack of engagement with both past and present. Engaging with their history could have highlighted the strategies of working-class people of color who have bargained for their rights; instead, they come across as merely victims of a broken system in which Petersen has privilege she acknowledges at length. At another point in the book, Petersen notes that weekends used to be a time for “doing what we will”—a reference to the “eight-hour day” campaigns of the late 1800s and early 1900s—but doesn’t explain that a typical workday used to be 10 to 12 hours before the 40-hour workweek became standard. 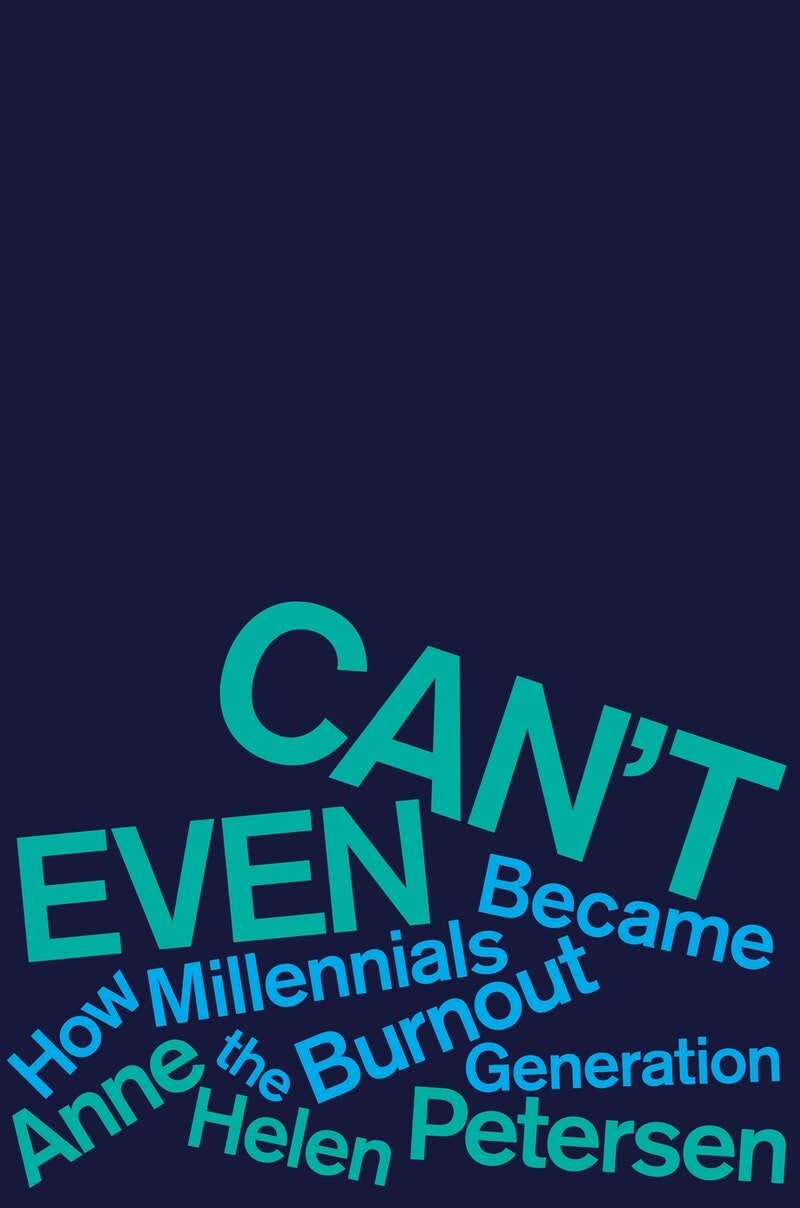 I suspect this would somewhat undermine Can’t Even’s positioning of millennials as uniquely overworked, but it’s an example of how Petersen never fully engages with leftist movements and struggles for workers’ rights as she continually recenters millennials. More of this history could have strengthened her argument that the deregulation of working hours has happened through technology, which is what Jenny Odell achieves in her 2019 book How to Do Nothing: Resisting the Attention Economy, which harnesses a holistic history of workers’ rights against capitalist productivity. Petersen also could have constructed a path for intergenerational solidarity wherein the struggle for better working conditions is incorporated and championed, rather than conveniently erased or softened to prove our generation has it uniquely bad. It often feels as though Petersen is trying to fit an analysis of work and workers’ rights into a self-help framework that doesn’t quite deliver. The state of work today is a structural and social issue, but Petersen swerves from structural to personal quickly and without explanation.

For example, after she spends several paragraphs discussing the dangers of surveillance culture and technology at work and how much deregulation happens through the fetishization of freelance work as entrepreneurship—both excellent points about how work eats into our personal leisure time and how grind culture is disseminated into the workforce—Petersen writes that declining working conditions were helped by “the willingness of workers to settle for these working conditions.” Yet at another point in the book, she explains that Reaganomics allowed both massive cuts to public programs and union-busting corporate practices. These contradictory arguments are bewildering, implying that Petersen doesn’t understand work as a coercive condition for survival in which the struggle for rights has been eroded over decades, but as a matter of choice and vocational profession.

Can’t Even manages to accessibly gather research on the specificities of white, middle-class millennial burnout, but it fails to provide a truly structural and historical view of the issue of work and millennials. Although Petersen clearly did a monumental amount of research and seems to be an immensely empathetic journalist trying to capture as much of the millennial experience as she can, the lack of editing and clear writing in this book indicates its rushed production. The original essay was published in January 2019, which means Petersen had only a year and a half to research, write, and edit; that wasn’t enough time to write a book about something you’ve just stumbled upon.

Read this Next: Popaganda: Feminism beyond Burnout 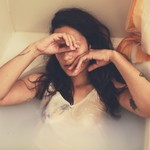 by Carmen Rios
Carmen Rios is challenging listeners to envision a feminism beyond burnout—and commit to making it possible.