Cardi B. is FreeThe Hand that Rocks the Cradle Rocks the Mic 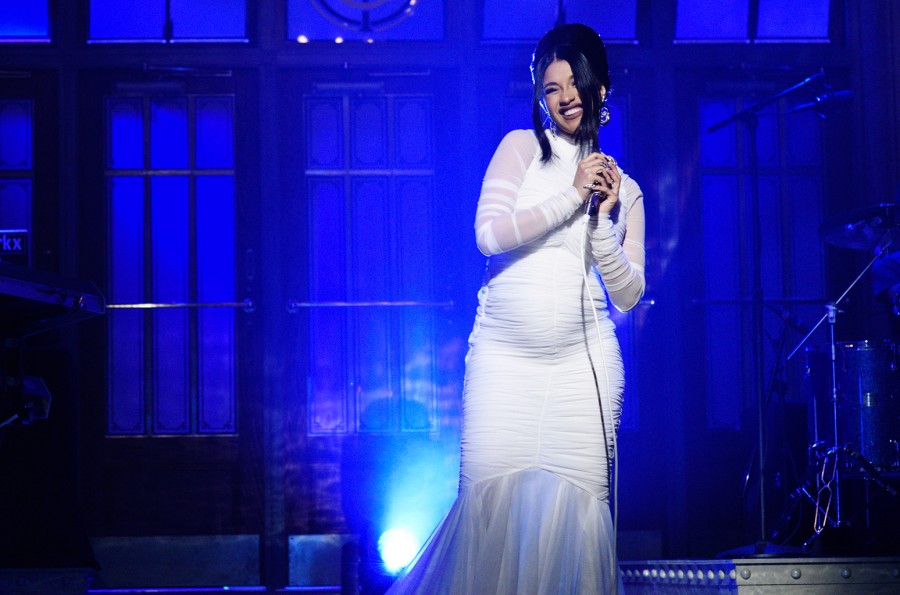 Cardi B. stepped onto the Saturday Night Live stage on April 7 to perform her single “Be Careful” in a white, exquisitely tailored Christian Siriano gown, the roundness of her midsection confirming the pregnancy she’d remained tight-lipped about even as rumors flew. After the 25-year-old rapper’s debut album, Invasion of Privacy, went gold on its release date and sold a combined 255,000 streaming and physical copies in its first week, she received a barrage of criticism and faux-concern about her pregnancy from fans online. One Twitter user said, “Am I the only one that’s disappointed that Cardi B. is pregnant?? She was doing so well! She was in her prime. SMH.” But backstage at SNL, amid a flurry of applause from her team, she raised her arms in victory and announced, “I’m finally free!” It was the crowning moment for women who are making major strides in the music industry.

Cardi B. isn’t the first hip-hop artist whose pregnancy became a point of contention in her burgeoning career. 2018 marks the 20th anniversary of Lauryn Hill’s record-breaking, Grammy Award-winning album The Miseducation of Lauryn Hill. On it, the song “To Zion” famously recounts Hill becoming pregnant with her first child and fielding pressure from music executives to have an abortion so as not to interrupt her rise to fame. The song is one of Hill’s most poignant because it so cleanly sheds light on the obstacles women can face in an industry still dominated and run by men.

Not much has changed for women rappers since 1998. During a recent interview on The Breakfast Club radio show, cohost Charlamagne tha God asked Cardi whether she was more excited about “revealing” her pregnancy or releasing her debut album. On its face, the question seemed innocuous and was asked without malice. But it is also emblematic of the sexism inherent in expecting women to choose between either motherhood or professional success. As Cardi responded, “Why can’t I have both? I want both.”

After Hill gave birth to Zion, the 23-year-old won five Grammy Awards for The Miseducation of Lauryn Hill, broke sales records, and became a mainstay on magazine covers. Yet executives still doubted her ability to maintain an elite level of musical success. The bias is clear: A woman’s financial or professional establishment is of little importance to people who believe a baby should end one’s career.

Cardi B. has shown that she’s dedicated to pushing her nascent music career forward, and vows that having a baby will only make her work harder; speaking to her decision, she asserted, “I’m a grown woman. I’m 25 years old…. I’m prepared for this.” Unfortunately, the combination of biology and sexism dictates that having a child will affect her career trajectory—and possibly throw it into peril—in ways it simply does not for men. While this won’t be the case for Cardi, lack of adequate maternity leave often means women are penalized when they do decide to take time to care for themselves and their babies. This “pregnancy penalty” has a snowball effect on women’s lifetime earning potential, which contributes to the wage gap. The “disappointment” at Cardi B.’s pregnancy from fans and music industry advisors is a self-fulfilling prophecy.

Her career would only suffer if those same detractors withdrew their support from her because of her impending status as a mother. To cluck about the timing of a pregnancy in a woman’s career is surely to project one’s own antipathy about the visibility of motherhood for working women. To that end, the image of Cardi onstage, notably pregnant in a figure-embracing gown, speaks to her position of power—over her own narrative, her career, and her own body. She chose to “reveal” her pregnancy under circumstances she preferred (though the mere presence of a woman’s body is not a communiqué in and of itself). For women in the music industry, where the audience’s gaze holds tremendous marketing sway, a baby bump means a shift in the politics of presentation.

Mothers-to-be can appear regal, maternal, angelic, even chaste—but never sexy. Sociologists Susan E. Chase and Mary Frances Rodgers remind us that when “motherhood is added to the mix, sexuality disappears as a vibrant, significant dimension of women’s lives.” As expectant mother Cardi’s sex-positive, pro–sex worker, and pro-hoe lyrics flood the airwaves this spring and summer, her fans and foes will deal.

Cardi B. is joining a storied list of women, in hip hop specifically and music more broadly, who have performed while pregnant. Again, childbearing bodies cannot simply exist in public; the pregnant body immediately becomes transgressive in places or positions where society assumes it should not be—namely, outside the home. Pregnancies become grand announcements, like Beyoncé’s proud 2011 belly rub during her “Love On Top” performance at the MTV Video Music Awards. When she again  performed while pregnant at the 2017 Grammy Awards, many speculated about the safety of carrying twins while executing complex dance choreography.

At nine months pregnant, M.I.A. fearlessly performed “Swagga Like Us” alongside fellow male rappers at the 2009 Grammy Awards. All three women drew expected press—more because of their advanced pregnancy than because of their artistry. Given the relative paucity of prominent female rappers in the industry at any one time, it’s understandable that pregnancy could feel like a death sentence for an already tenuous career. Women in hip hop are beset with an unfair pressure to be not just the best female rapper, but often the only one, with a constant stream of commentary and criticism that pits them against the next woman. Pursuing careers in an image-obsessed industry means these women are often expected to put their dreams of love or family on the shelf—something never demanded of men. 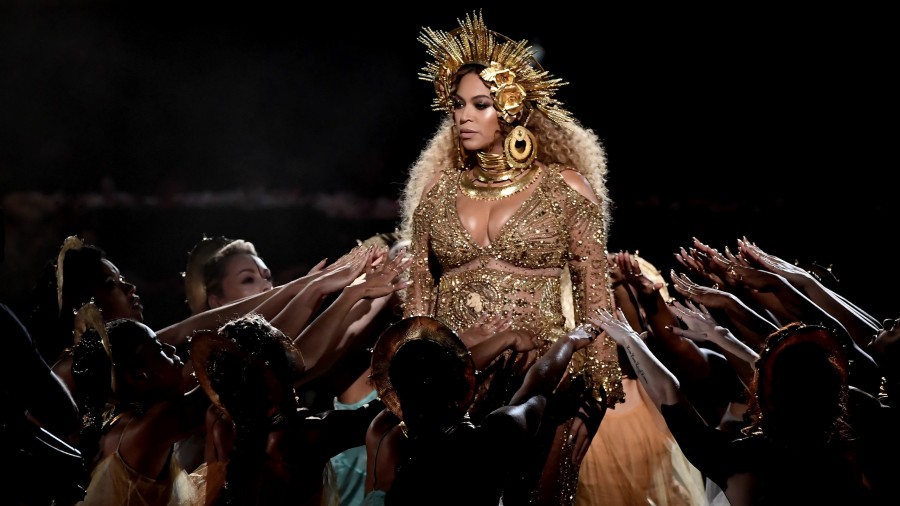 Rapper Remy Ma recently congratulated Cardi B. on her pregnancy, and in doing so shed light on her own struggles with sexism in the business. The Terror Squad member has been open about suffering a miscarriage last year and mourning the loss of her fertility; in an Instagram post she wrote,

“For so many years they made us (women) feel like we had to pretend to be single, pretend to not have a real life, and put our lives on hold to ‘entertain’ the masses. Meanwhile, you feel trapped in your own body, a prisoner to your career, and so unhappy when you supposed to be having the time of your life.” Ma added, “[Cardi B.] I am so happy you are free too.”

Hip hop has yet to provide the kind of supportive environment that would allow for  multiple women rappers to bear children while they are at the height of their success. Lauryn Hill’s Miseducation became her only solo album, and she retreated from the spotlight to take care of herself and her family. Rapper Lil Kim bore her first child in 2014 at the age of 39, well after her career peaked. Cardi B. is the first female rapper in recent memory to carry a child while nurturing a promising career.

As both Cardi B. and Remy Ma suggest, women in hip hop are free to own their bodies and their sexuality as long as said ownership is in service to the music industry. Their freedom to make reproductive choices that include bearing children, however, is limited. Cardi B.’s decision to have her baby and chase her professional dreams opens the door for women in hip hop to be truly free to have it all—to rock the mic and the cradle.

Why Is Activism Reserved for White Moms?