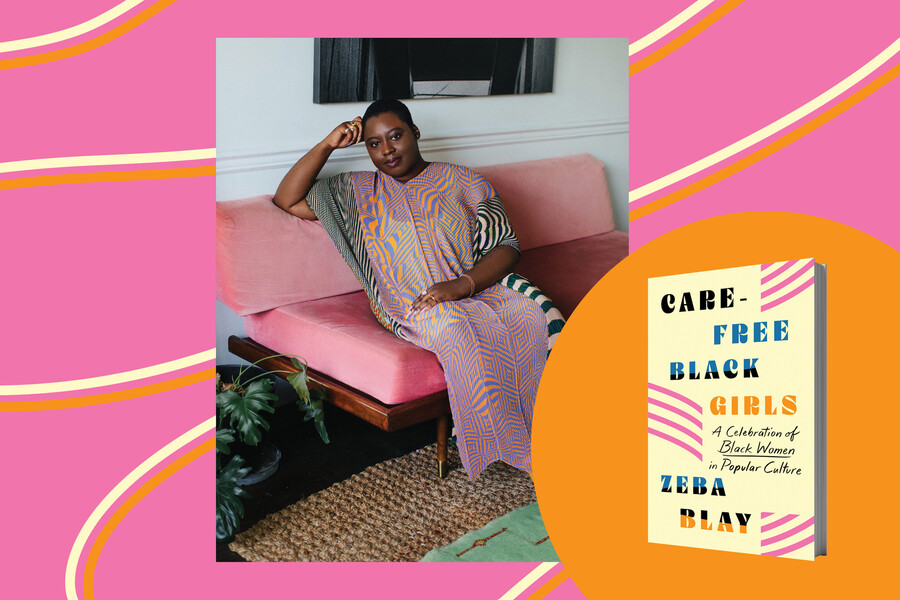 What does it mean for a Black woman to be carefree? There’s no single answer to this question because Zeba Blay, who helped coin the phrase #CarefreeBlackGirl in 2013, knows that Black women are multifaceted beings who can’t be pigeonholed. “Black women are essential,” she writes in her debut essay collection, Carefree Black Girls: A Celebration of Black Women in Popular Culture. “Our stories are worth telling. Our stories are culturally and historically relevant, worthy of being shared, heard, awarded, nerded out over, explored, analyzed, debated, referenced, lovingly critiqued. Most of all, our stories are our own to tell.” Bitch spoke to the author about the very nature of freedom, grappling with colorism in refreshingly new ways, and the limits of representation.

You helped coin the hashtag #CarefreeBlackGirl in 2013. What inspired it?
Collier Meyerson, an amazing writer, had a blog around that time called Carefree White Girl, which was really hilarious. It had pictures of Taylor Swift and Vanessa Hudgens [wearing] flower crowns and living their best white girl lives. It was satire, a parody of a specific white girl trope in the media. The inspiration for the phrase and concept #CarefreeBlackGirl was the fact that, at that moment, I wasn’t feeling very carefree. So it was a way of imagining a version of myself back to that don’t-give-a-fuck attitude in the hopes that, maybe, imagining it would make it real. So I posted a selfie with the hashtag, and that was that.

You’ve been a film critic for a long time. What first appealed to you about film criticism?
I first found myself through movies. I remember being 14 or 15, and seeing movies like She’s Gotta Have It (1986) and Amélie (2001). There was an era of torrenting online [that allowed me] to discover this whole world of film that I probably wouldn’t have had access to. But it wasn’t until I took a film class during my sophomore year of high school that it became clear to me that writing about movies, television, and culture could be something I did with my life. In 2012, I did IndieWire’s first Critics Academy, and from there I started writing for IndieWire and shadowing all these different outlets. It has been nine years since this journey began, and it’s really interesting because I always felt not quite fully seen by my peers. [Film criticism is] a very white and very male landscape. I felt as if I wasn’t being taken seriously. There was this constant need to prove yourself.

In a 2017 postmortem piece about HBO’s Girls, you write, “Girls never really made any powerful insights about race. It couldn’t. And more importantly—it didn’t really have to.” What does representation mean in 2021, if anything?
That is one of the things I love about writing about pop culture: Your opinions are allowed to change. Girls is a perfect example of something I have to return to and ask myself, What is it that I’m critiquing, exactly? Yes, it’s representation, but for what? Why do we want it, why is it important, why does it matter? The initial reaction I had to Girls was coming from a place of frustration: Why not me? Why aren’t girls like me being given the chance to tell stories like this? Being able to jump from that initial reaction to this more nuanced approach is what Hollywood needs to be doing.

We must talk about your Instagram. It is one of my favorite places on the internet. Has it been rewarding to cultivate that kind of space?
Honestly, it has completely changed my life. I started curating these posts because social media, Instagram in particular, was making me feel shitty. There was something about the pressure of being on that platform that just felt so anxiety-inducing. But I was like, well, let me make this work for me. It was life-changing because being able to engage with these platforms in a way that isn’t stressful [is important]. They’re designed to be inherently stressful. [My Instagram has] created so many beautiful connections with other Black women that I’m so incredibly grateful for. It has reminded me that I’m able to dictate exactly my online experience.

When it comes to writing about fat bodies, including Lizzo’s, what are you hoping to convey about the ways we consider them and disregard them?
I find Lizzo to be such a fascinating pop cultural speaker because she takes on so much. Black women in general have to take on so much and so much is projected onto us. I was thinking about what it must be like to be such a hypervisible fat Black woman because, having gained weight in the past few years, I really struggled with what it meant to exist in this body in a public way. I hate the idea of people creating narratives and assumptions about who I am and how I feel about myself based on what I look like. Fat Black women in general take that on to an exponential degree. So the piece was really about inviting the reader and myself to pause, take a step back, and think about how unfair it is that women like Lizzo have to exist in this way. You’re trying your best to love yourself in a society that tells you every day that you are fully unlovable. But you’re also being turned into a mascot [for] something you didn’t ask to be.

You ask in the book, “How do we discuss the mechanics and harms of colorism without relying on these talking points?” How did you approach writing about colorism in such a layered and complex way without falling into the same talking points?
I’m so intrigued by the conversation around dark girls [because] as a dark girl, I had to deal with the reality of those same talking points. People assume that I hated myself because I was dark. It’s not to say it’s not a reality. There are dark-skinned women who really struggle with their skin. There are some women who lighten their skin. That’s reality, but there’s more. It’s important that we all consider our relationship to darker-skinned people because not enough people really talk about or think about the ways in which dark-skinned women are harmed. It’s not just in relation to feeling pretty; it’s real, tangible, life and death. This is a hierarchy we all contribute to, and yet the conversation always comes down to desirability. Desirability is only important because the more desirable you are, the more access you have to safety.

What is alluring and challenging about Cardi B, as it relates to how we understand celebrity?
I find Cardi intriguing because she’s so messy. She’s a product of internet celebrity before anything. People always refer to [her time on] Love & Hip Hop, but prior to that, she had a huge following on Instagram and was known for being funny. It was charming and refreshing—all the things that led to this crazy career she has now. Every step of the way, she has been so unapologetically herself and so willing to mess up over and over and over again. I’m a millennial. I grew up in an age when celebrities were very controlled and manufactured. They’re still manufactured [now], but [they used to be] manufactured in a way [where they were] just a bit more elusive. So I’m really fascinated by someone like Cardi, to whom we have so much access. I just find that really intriguing because Black women in the public eye are often not allowed to be messy in this way. Her messiness forces us to engage with [the fact that] the things that are problematic about her are really fucking problematic. If she says something transphobic or something about darker-skinned women, you can’t just gloss over it. Her messiness creates a space in which to grapple with things that are difficult and that we usually wouldn’t want to talk about. That really excites me.

Read this Next: Picking Fights 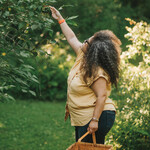 by Dakota Kim
A heightened sense of awareness, common among all people of color during any activity, is particularly important to foragers of color.