In the MuckWith “In the Dream House,” Carmen Machado Archives Queer Women’s Pain 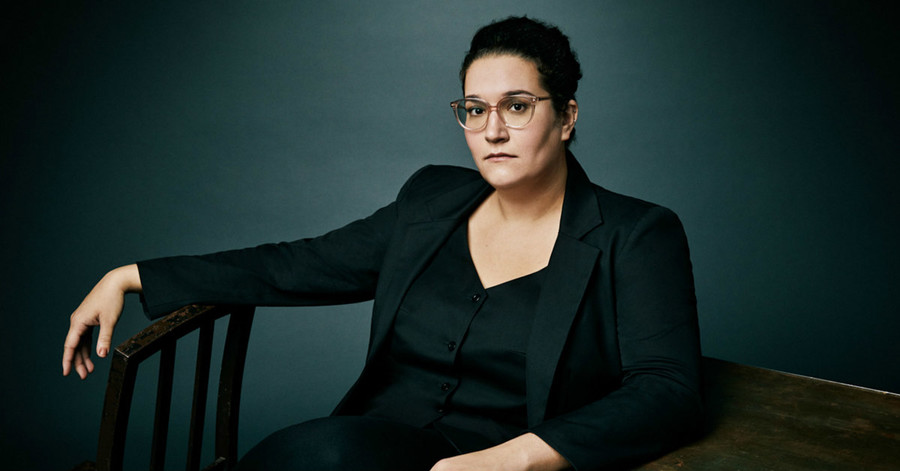 I sat beside Carmen Maria Machado’s memoir In The Dream House for weeks before I began reading it. As the 272-page book sat on my bedside table, and then beside me on my couch, I felt a sense of fear coming over me—again and again. I’m openly queer, and though I’ve always been acutely aware of the ways abuse and violence can function in queer relationships, I simultaneously held out hope that my queerness would shield me from intimate-partner violence. After all, queer relationships between two women are supposed to be—or at least feel—easier since men are the violent ones, right? But what happens when our female partners are also violent? This line of thinking seems so elementary, so fake, because it is: Women have always been violent.

Though our society has resisted reckoning with this fact, especially amid the rise of an empowerment era wherein “female founders” and “girl bosses” are posited as aspirational and inherently incapable of harming others. But women—in the workplace, in families, and in romantic relationships—have been and always will be capable of inflicting harm, being violent, and wreaking havoc on others. We can love women, hold them dear, and build our lives around an imagined future of happiness, and still be subjected to spectacular violence, cradled right into their sea of untreated pain. Being in love with a woman might not save us. Sometimes these are the exact relationships—full of dysfunction and venom—that we need to be saved from.

I’ve read numerous reviews of In the Dream House that have conveyed shock about its subject matter, as if the people reading Machado’s memoir hadn’t ever considered that women can be perpetrators of violence, even in romantic partnerships with other women. Other reviewers have called In the Dream House “toxic” (The New Yorker, for example, referred to it as a book about a “toxic relationship”) which feels like a gendered, lesbophobic reading of a book about intimate-partner violence. Are women who harm other women toxic while men who harm their partners are abusive? Reducing this testimony of violence to another form of toxicity feels akin to the idea that women in love are “gal pals,” but women in love with men are simply women in love.

This entire discourse willingly erases the existence of people who date nonbinary or genderqueer people and makes it even more difficult for queer people to come forward about the violence they’ve experienced at the hands of someone they love. When nearly every queer person with progressive politics is heralded by the pro-gay crowd as brave or iconic, it’s hard to note that some of those very same people are also violent. As Machado writes in the book’s prologue, “I enter into the archive that domestic abuse between partners who share a gender identity is both possible and not uncommon, and that it can look something like this.”

“This”—the ends and outs of Machado’s abusive relationship—is horrifying. I felt panicked as I read this book, though I felt mesmerized by Machado’s ability to convey her experience in such a beautiful way. Machado, who also authored the critically acclaimed short-story collection Her Body and Other Parties, is an incredible writer. She isn’t afraid to sweep beyond her reader’s understanding while also bringing them along the journey, which makes In the Dream House even more special. It’s not a book that has been compressed for reader comfort or reshaped to make it an easier experience for straight readers.

Every page is a gut punch; Machado doesn’t skirt around the fact that our collective misunderstandings about gender, stereotypes about queer relationships, and the expectations we have about how women handle emotion, played directly into the abuse she experienced: “And so when she walks into your office and tells you that this is what it’s like to date a woman, you believe her. And why wouldn’t you? You trust her, and you have no context for anyone else. You have spent your whole life listening to your father talk about women’s emotions, their sensitivity.” Machado leads a stunningly pointed discussion about gendered expectations causing women who love women to excuse abuse—and misunderstand how it functions in queer relationships. 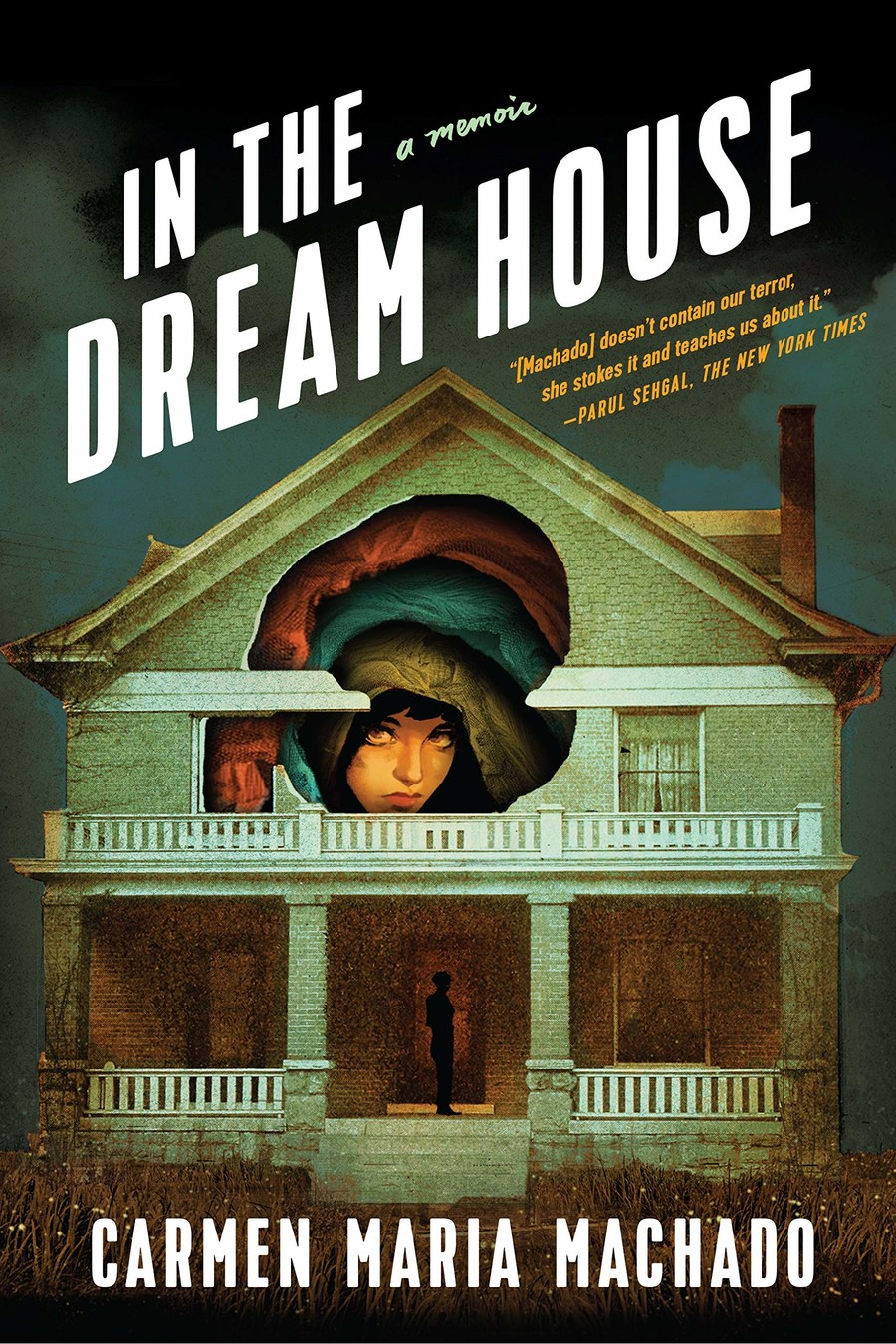 Alongside in-depth analyses of different elements of horror, including villainy being queer-coded, alligators who likely won’t attack (but also might), and thunder as loud as a gun, Machado discusses monogamy sometimes being weaponized as a means of control; the limits of memoir, especially when memories elude us; and of course, the Dream House itself, and the woman within it, referred to only as “the woman in the Dream House.” Though the Dream House is a real home—one where Machado experienced a multitude of horrors—it’s also a narrative device. It’s not only the book’s title, but functions as a link that bounds each chapter together.

Each chapter begins with “Dream House as,” including “Dream House as Overture,” “Dream House as Not a Metaphor,” “Dream House as Time Travel,” and “Dream House as Confession.” In another sense, place functions as a wavering mystery because Machado sometimes misremembers the place itself, as she so candidly spills on the page. “Dream House as World Building,” for instance, posits the importance of place while also excavating how abuse can disrupt memory, making it impossible to correctly remember details. In that chapter, specifically, Machado explains how abusers—including her own—literally isolate their victims by moving them away from their support system, which reinforces feelings of abandonment or powerlessness. “In dreams it sits behind a green door, for reasons you have never understood. The door was not green,” Machado writes about the home itself.

Orienting ourselves in physical spaces is such a basic and natural response for many of us that it’s something that happens without effort. We think to ourselves, “This is my home, my apartment, my bedroom.” We can probably describe that space because we’ve cultivated it, feng shui-ed its energy, whether that comes through collecting depression water bottles on a bedside table or installing a luxurious green-space above a garden bathtub. But Machado argues that feeling safe and secure is an essential aspect of that process. Home is earned, so for Machado, it was not possible because abuse makes it so that where we live “might as well have been an island, surrounded by impassable waters.” If you don’t know where you are, then won’t know how to escape it.

If the Dream House is this book’s placeholder, gender is a haze that we have to wade through, page after page, to better understand everything Machado endures both inside the Dream House and outside of it. Machado discusses femmes and butches and strap-ons and the specific ways that social perceptions of bodies and weight and fatness function within queer communities and queer relatinoships. Though she’s being abused, our narrator is grateful that this “petite and boyish” woman loves her, a racially ambiguous fat woman in her midtwenties with terrible posture.”

All of these aspects of identity matter when you’re queer and in a relationship with another woman. You start to believe that the love you’ve received is something you should be grateful for when your body deviates from norms, a concept that Machado delves into without once explicating it for the reader. In this way, Machado’s memoir differsfrom the queer memoirs that preceded it; In the Dream House doesn’t desire sympathy or understanding from straight people. The book is simply an attempt to archive a specific type of queer pain. “All these years telling [your father] he’s full of bullshit, that he needs to decolonize his mind and lose the gender essentialism, and here you are learning that lesbian relationships are, somehow, different—more intense and beautiful but also more painful and volatile, because women are all of these things too,” Machado writes.

We will continue to fail as long as we herald relationships between women as glistening glimpses into another universe where nothing can go wrong. We fail the women in relationships that seem as if they have no escape. This goes beyond wearing rose-colored glasses. We aren’t wearing glasses at all or we aren’t wearing the same glasses that we view straight relationships through, and then, if we aren’t straight women, can we even really be abused? Can we even feel pain? Do we need to be aware of violence if we are live in this utopia? “Fantasy is, I think the defining cliche of female queerness,” Machado succinctly sums up. “Acknowledging the insufficiency of this idealism is nearly as painful as acknowledging that we’re the same as straight folks in this regard: we’re in the muck like everyone else.”

Are we failing ourselves and one other when we overlook facts about intimate-partner violence in queer relationships because we’re pursuing superiority and likeability? Happy and perfect queer women who are infallible as they elevate the concepts of love and trust in relationships don’t exist, but the truth does. And Machado’s book vibrates truth. “Our culture does not have an investment in helping queer folks understand what their experiences mean,” she writes, but In The Dream House forges space for queer folks to do just that.

Read this Next: Invisible Signs 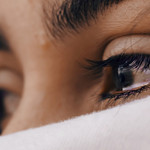 by Caroline Reilly
“No Visible Bruises” will raise awareness and save lives.