Catching up with “Feminist Snack Break” 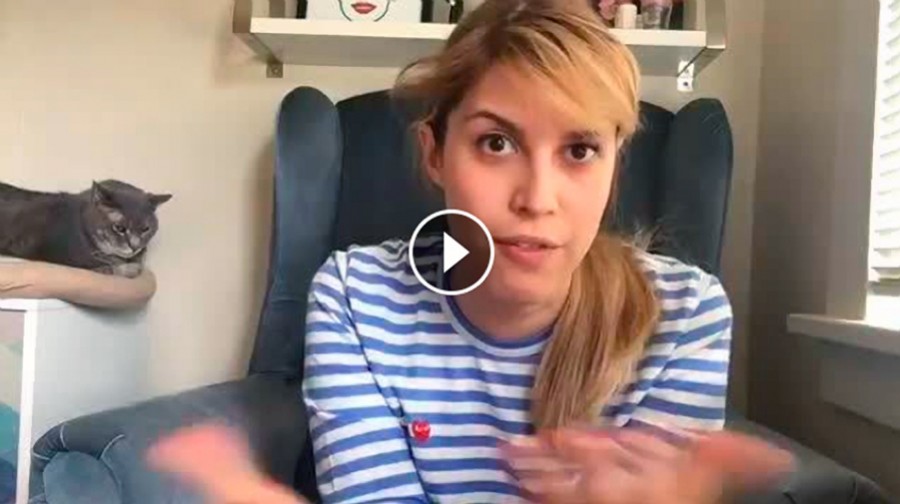 All week long, I rummage through the news, Twitter, and Facebook. I watch obscure and mainstream television and movies. I practice my Sean Spicer impression. I obsess over videos of Melania smacking away Donald’s hand and the daily White House press briefings. All to find the funniest, most exciting, most delightful, most surprising, most pertinent pop culture and news that the Bitch community needs to know about. And every Wednesday, we talk it out in Feminist Snack Break, our weekly Facebook Live show.

Feminist Snack Break is a space for feminists to come together to share conversation, laughs, and recommendations while eating a snack, and, most important for those who are feeling isolated during the especially challenging days, weeks, and months to come, it’s a constant reminder that the Bitch community is always here for you.

Part of what I think about when preparing for Feminist Snack Break is the isolation of the workday, especially for folks who spend much of their days in places where they don’t feel comfortable being themselves or talking about their interests. Whenever I feel stressed or lonely, I try to remember to reach out to my friends. Even just giving a bestie a call for a few minutes always makes me feel better, and that friendship magic is part of what I want Feminist Snack Break to be for the Bitch community. Think of it as a weekly catch-up chat with your friend (me!) about new movies, TV, and what’s going on in Trumpworld.

This week, I tricked my cat correspondent, Howard P. Buckmulligan (his middle name is “Plump,” and he was named after a character in Finnegans Wake), into staying for almost the entire episode by setting him up on his favorite pizza bed to judge and give appropriate side-eye. Usually he decides to beat it once he realizes that I’m paying attention to something other than his cat presence, but not this time! We talked about Trump’s handholding problems, Alien: Covenant, and the wonders of the internet bringing Rihanna, Lupita Nyong’o, Ava DuVernay, and Isaa Rae together.

But I’m not the only friend you have here at Bitch Media. Last week, Bitch cofounder Andi Zeisler hosted an episode:

One episode even featured my parents talking about raising feminist kids:

And new guest hosts are going to keep coming, so keep tuning in. Feminist Snack Break is every Wednesday at 10:00 a.m. (PST)/1:00 p.m. (EST)—just head over to Bitch Media’s Facebook when it’s time to start the show!

Some of my weaknesses (a.k.a my favorite things to talk about) are politics, horror films, and lady-centric television, but I want to know what you want to talk about on Feminist Snack Break, too! Let me know below, and I hope you can join me for a snack next week, or on Bitch Media’s Facebook anytime you feel like you need a break.

by Bitch HQ
Today we're reading about A Wrinkle in Time, Nashville, and #nomakeup.