Off Brand: The Limits of Celebrity Feminism | Bitch Media

Off Brand: The Limits of Celebrity Feminism 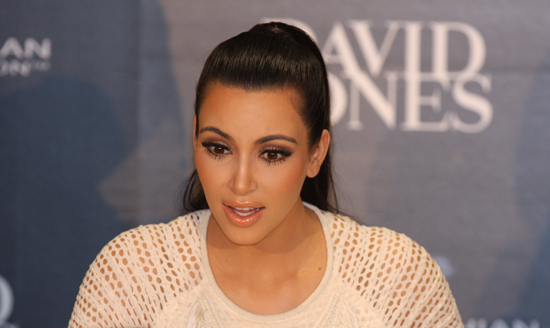 The world of celebrity feminism has been rocked in recent weeks by two high-profile incidents. First, at the annual BlogHer conference, an event where bloggers, brands, and other influencers of the internet meet, keynote speaker Kim Kardashian emphasized that despite everything she says about empowerment and choice and making her own money, feminism is Not Her Thing. “I don’t like labels,” she said during a discussion led by BlogHer cofounder Elisa Camahort. “I just think I do what makes me happy and I want women to be confident and I’m so supportive of women.”

Last week, it was comedian Amy Schumer’s turn to disappoint fans when she was dragged into the category-five shitstorm issuing from the social media accounts of her good friend and Inside Amy Schumer writer Kurt Metzger. (For a recap, see Sady Doyle’s excellent account.) The reasonable protest that fixing Metzger’s ugly attitudes toward both rape accusations and women in general shouldn’t be Schumer’s job was joined by equally reasonable suggestions that by employing Metzger—and, by extension, the virulent sexism that has long informed his antifeminist rants—Schumer was paying him to perpetuate attitudes at odds with her own celebrated beliefs. 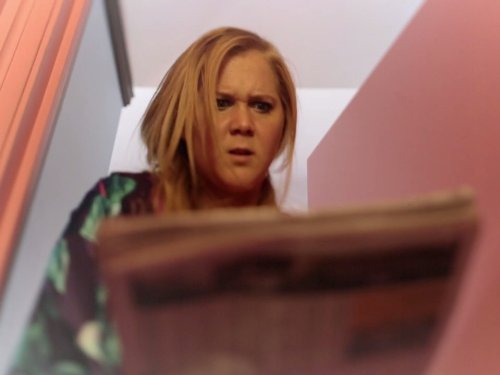 In a cycle that’s become painfully familiar to feminists, pop culture fans, and feminist pop culture fans, the blowback to both came promptly in a glut of op-eds and think pieces parsing the implications of Kardashian distancing herself from the F-word and excoriating Schumer for whatever she has or hasn’t done to censure Metzger’s behavior (which, admittedly, has mostly consisted of disingenuous tweets and comments.) Real anger and betrayal are conveyed in headlines like “Someone please explain to Kim Kardashian that she’s a feminist—and that’s okay,” “Kim Kardashian is a Feminist, Even if She Doesn’t Like the Word,” and “I Love You, Amy Schumer, But You’re Wrong,” and the subsequent responses on social media continue a cycle wherein the wrongness of the celebrity—and, by extension, our own stake in that celebrity’s brand—becomes the chief focus.

It’s not just about whether it’s on Schumer to publicly disassociate from Metzger, to fire him as both friend and writer—it’s about whether consumers can still feel okay about liking Schumer’s comedy and championing her as a feminist icon. Likewise, it’s not merely Kardashian’s identification as a feminist that’s at stake when she disavows the label, but also the feelings of millions of fans who bought into the nude-selfies-equal-feminist-empowerment equation that Kardashian has sold them.

It’s almost as though it’s a bad idea to pin our hopes for feminist salvation on famous people whose feminism exists within—and is necessarily colored and circumscribed by—the system of capitalism that enables and furthers their success.

I’m kidding, of course. It’s a terrible idea, and if we’ve learned nothing else from the past several years of big sparkly celebrity feminism, it’s that no matter how many you-go-girl platitudes or slogan t-shirts or expensive perfumes crafted to telegraph that “strong young women are a force to be reckoned with” we share and wear, the transformational feminism that’s required to really change the world is not going to happen in the marketplace.

For Kardashian, this is more or less irrelevant—she built her brand well before feminism as an aesthetic was embraced on a mass scale, and her adoption of female empowerment has been the most literal form of naked opportunism. In the case of Schumer, however, things are a little more complex. In her new book, The Girl with the Lower Back Tattoo, Schumer shies away from identifying either herself or her comedy as political, complaining that no one asks “Seth Rogen to be ALL MEN.” Which is fair. Schumer has never presumed to speak for all women when framing her experiences, opinions, and concerns—indeed, she’s done a more-than-decent job of alienating lots of them with casually racist bits. On the other hand, Seth Rogen has never created comedy sketches that hit as many beauty-, rape-, and celebrity-culture bullseyes as “Last Fuckable Day” and “Football Town Nights,” so it’s a specious comparison to make in the first place.

Ultimately, Schumer’s tacit support of a rape apologist and generally toxic human being shouldn’t, as many others have already pointed out, make her the target of more vitriol than him. (It definitely shouldn’t make her more of a target than Aaron Glaser, the comedian whose actual alleged rapes started this whole shitshow—I’m guessing he’s already sent both Schumer and Metzger an Edible Arrangement for the speed with which they moved the heat off him.) But her actions and reactions illustrate perfectly the dead end of pinning our hopes on people whose feminism exists within a much larger, much more intractable system in which the women who make it are often the ones who—as Schumer herself pinpointed in one of her sketches—“can hang” with constant reminders of sexism and inequality.

So many of the sentiments that we understand as “feminist” these days are ones that might be described as “feminist-but”:  Feminist but funny, feminist but sexy, feminist but fun, feminist but not, you know, man-hating. The TV shows and cute t-shirts and celebrity tweets and selfies tagged with #feminism are pushing back against years of stereotypes and baggage and ugly epithets in part by depoliticizing feminism itself. Kardashian “want[s] women to be confident,” but her brand depends on such women understanding confidence as something you get from being on display for others, rather than, say, questioning why performative sexual confidence is prized above everything else. Schumer, meanwhile, taps effortlessly into the rich vein of collective female frustration that results from such a narrow definition of confidence, but insists that she’s speaking only for herself. Both are cautionary tales about the limits of marketplace and celebrity feminism, and both are reminders that there’s little room for collective change within a personal brand.